There’s nothing better than a solid craft beer from your favorite neighborhood brewery. Sure you can pick up a solid six-pack at any grocery store. But the real joy of beer drinking comes in those smaller, rarer batches crafted by an innovative team who’s not afraid to add things like peanut butter or peach preserves to their fermenting hops.

If you’ve never done a proper beer tasting, you should definitely find one where you live or on your next trip to Minneapolis, Portland or San Diego (when it’s safe to travel, of course). The best craft beer comes in so many forms and flavors nowadays that there are seemingly endless possibilities for which one will become your coveted go-to when you want to treat yourself.

Since the spread of COVID-19 has meant the closing of non-essential businesses, the business model for these smaller breweries, taprooms and tasting rooms has nearly collapsed. The good news? Widespread quarantine and social distancing has nudged some of the nation’s top breweries to start selling their beer online and shipping it to supplement their income. Their adaptation to the current times is a major win for us. Even if you don’t live near a top craft brewery, you can buy beer online and enjoy these drinks yourself in 8-10 business days.

To help support craft brewers and beer makers dealing with coronavirus closures, we wanted to help our readers find the best places to order beer online. We’ve compiled a list below of some of the best breweries in the U.S that have opened up their hearts and their taps to the general public by shipping their beer. Delivery won’t be available to all states, but check out local craft breweries near you and see if they will let you buy beer online. You’ll never look at Coors Light the same way again (no offense to the silver bullet).

Threes Brewing is a famous Brooklyn-based brewery that focuses on craft lagers, American ales and beers of mixed cultures. Their beer is normally available in a taproom in Gowanus, a sister bar in Greenpoint, a seasonal outpost on Governors Island and in restaurants all over the city. Since all of that is closed? They’re shipping their beer straight to you. They’re a staple in Brooklyn and are now offering delivery on orders over $100 across New York state. If you’re craving a solid hoppy ale or high-quality dark beer, they’ve got you. 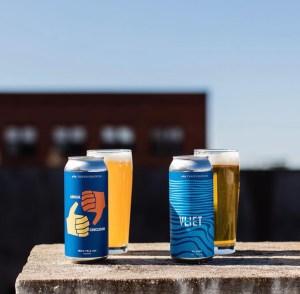 Located in Fort Collins, Colorado, this brewery was founded by two bikers who became obsessed with Belgian-style beers after sipping on a few during a bike trip through the country almost 30 years ago. They launched the brewery in their basement in 1991 and came to develop an amber ale called the Fat Tire, which became emblematic of their brand. The company is extremely environmentally-conscious with one of Colorado’s largest solar arrays on its roof and an independent wastewater treatment plant.

You can buy their beer through Drizly and Minibar as well as have it shipped right to your door from their facility. 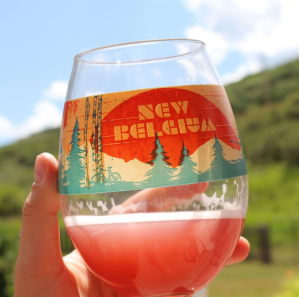 Another craft beer behemoth, Sierra Nevada, born in 1980, has made their famous Sierra Nevada Pale Ale, Kellerweis, Hop Bullet IPA and Narwahl stout available for shipping in CA and North Carolina, the site of their expanded brewery. They’ve also got a Resilience Butte County Proud IPA that supports the victims of the 2018 Camp Fire in Northern California.

You can purchase their beers via sites like Drizly and get them delivered to you here. 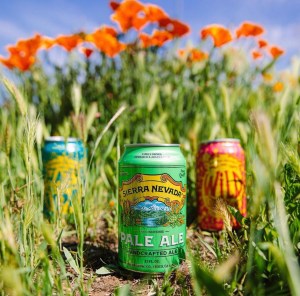 Think things are grim? Well, they’re certainly Grimm at this Brooklyn-based brewery founded in 2013 with an experimental spirit for ales. They’ve got a series of limited-edition releases throughout the year that each push the boundaries when it comes to flavor and beer composition to create a truly unique experience. They’ve just launched an online beer shop available to ship throughout NY state on their website.

Support this nomadic brewery with a passion for complexity and depth in their brews. Try their Mimsy sour, Reverberation IPA or Maximum Happiness mix available in a Growler or Growler Refill. 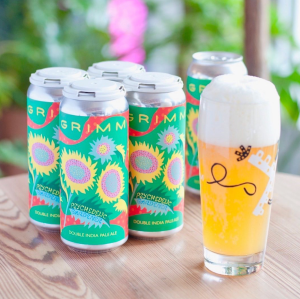 Burial Beer Co. is a brewery out of North Carolina who was forced to fast-track an already planned online store in response to the health crisis in order to maintain jobs and stay afloat. The result is a robust online beer offering through their Ashleigh store that ships to more than 30 states. They’ve got cans and bottles as well as kegs for whatever your needs are during the quarantine.

Pick up top-notch beer from a brewery you might not have otherwise tried on their website here. 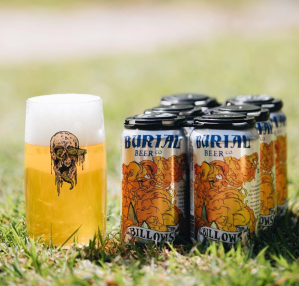 Alvarado Street Brewery in Salinas, CA is a destination for beer lovers from all over the nation for their family-run business and top-notch brews. They’re currently shipping cases of their favorite beers in California in six 4-pack or four 6-pack options in order to save on money and shipping supplies.

They’re limiting three cases per customer so there’s enough for everyone to go around and you’ll need to sign and verify your 21+ age status upon arrival. Pick up their Bubblier Bath Imperial Kettle Sour with pineapple, cherry and orange or their Weekend Vibez with their Bubblier, Catch a Vibe and Grand National brews all in one box. Whatever you choose, they’ll make your quarantine a little brighter and boozier. 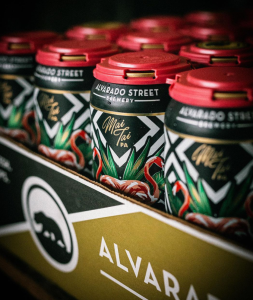 Rogue Ales was originally founded in Ashland, Oregon in 1988 but lost to a flood shortly thereafter. The second location, in Newport, Oregon, came through and the brewery expanded into facilities throughout the state as well as Issaquah, Washington. They’ve known for their variety of ales and lagers as well as other spirits and canned cocktails. Their humorous, entertaining names are a shared trait among true craft breweries and make their brews that much more intriguing.

Batsquatch, their mythical fabled creature from the woods is a hazy IPA that’s juicy with fruitful flavors and aromas. 6 Hop is, as you might have guessed, made of six different varieties of hops their brewers string, stake, train, test, trim and cool meticulously to create the big, beautiful bite in this mix. They’re delivering throughout the state of Oregon on their website here. 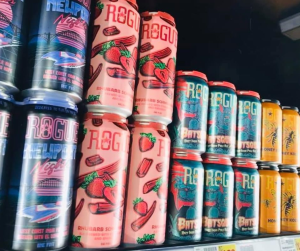 This brewery was founded in California’s central coastal town Paso Robles in 1996 and now their Buellton location specializes in what the brewery refers to as “eccentric wild ales” including the Violet Underground and the El Gourdo pumpkin ale. It was acquired by a Belgian beer connoisseur named Duvel Moortgat recently so you know they’re legit. They’re now shipping nearly everywhere via Drizly, Amazon Fresh, Minibar and a variety of other sellers. Check out all the info on where to find their beers here. 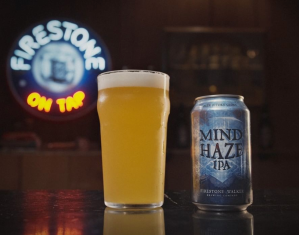 Zoom Happy Hour? These Alcohol Delivery Services Will Make Sure You Don't Go Without Booze