This whisky is the second release to come from the partnership between actor and dadsman Nick Offerman and Scottish distillery Lagavulin. There’s also a bit of brand synergy involved here, since both the distillery and the Guinness brewery are part of the Diageo drinks empire.

What we have here is an 11-year-old single malt scotch whisky from an Islay distillery known for producing peated whisky that has been finished for four months in Guinness barrels from the Open Gate Brewery in Maryland just outside of Baltimore. This is an interesting whisky to sip, and you’d be forgiven for wondering how this meeting of Scottish, American and (conceptually) Irish liquid might play out.

On the nose, it’s classic Lagavulin, with a heavy dose of sweet peat and vanilla that reads as a bit tempered, albeit in a pleasant way. In other words, the whisky is very smoky but somehow doesn’t overpower your palate before the first sip. Moving on to that sip, the smoke persists, of course. But again, it’s muted by the presence of coffee, vanilla and chocolate notes that make this an altogether lovely drinking experience. This is probably not the bottle you’ll want to reach for when making a cocktail, but go ahead and give it a try if that’s truly your preference. 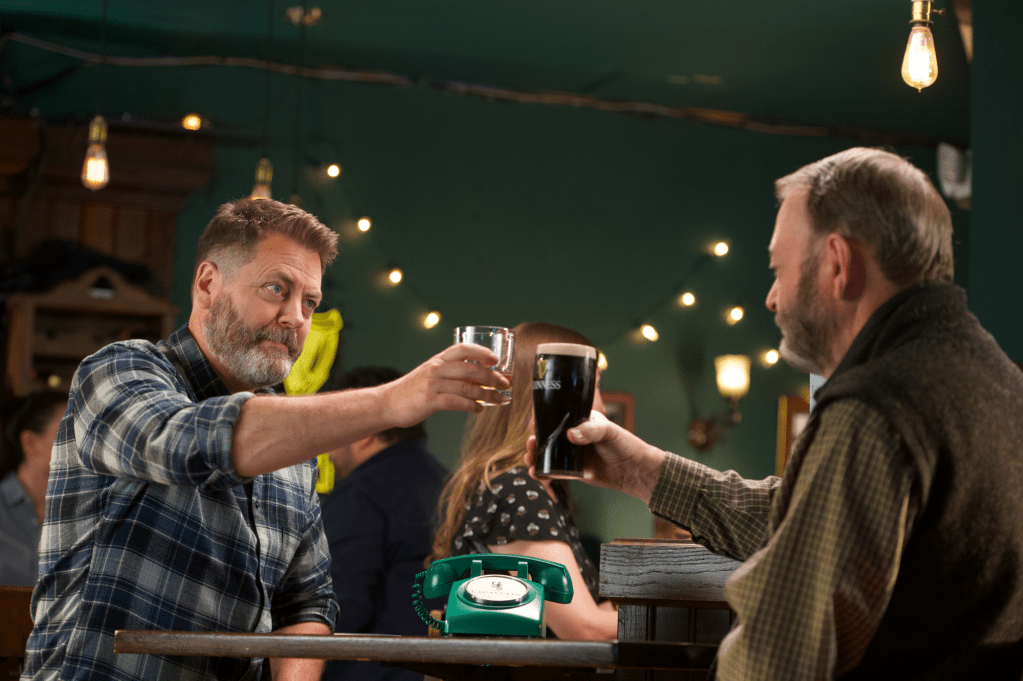 Lagavulin Offerman Edition: Guinness Cask Finish arrives just in time for Father’s Day, and the brand is working hard to make sure that you’ll consider it for gifting this year. There is a series of videos featuring Nick and his dad Ric called “Lagavulin: My Tales of Whisky” that you can watch on YouTube. They are kind of funny, but the most important thing is the liquid, which fortunately tastes very good.

This release could be considered a progression from Offerman’s initial collaboration with the distillery, Lagavulin Offerman Edition Aged 11 Years, which came out in the fall of 2019. Who knows what the next will be — Offeman Edition Aged 12 Years? Or maybe Lagavulin Finished in Don Julio barrels (the reverse has been done before, Don Julio finished in Lagavulin casks)?

In the meantime, single malt fans, particularly those who prefer the smoky stuff, should give this bottle a spin. 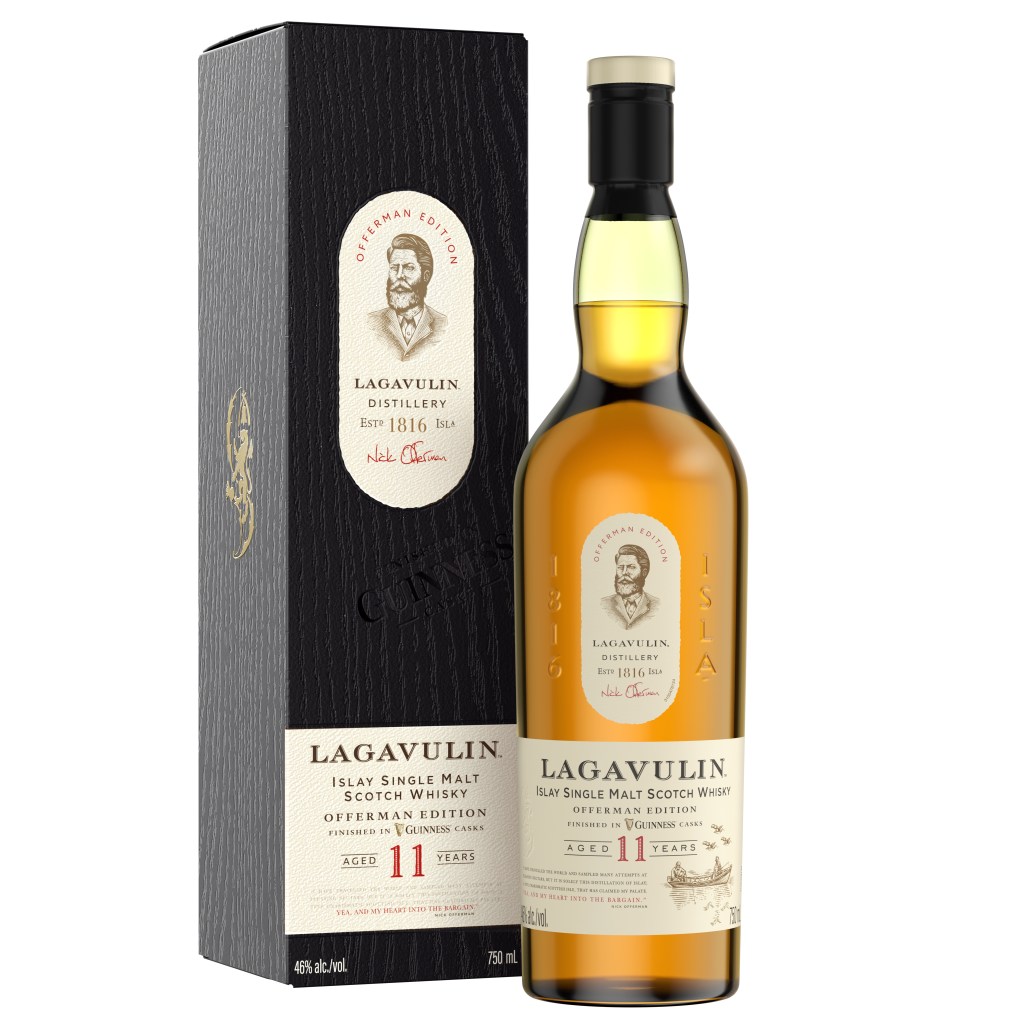