When I first saw a can of Liquid Death it was clutched in the hands of one of my favorite YouTubers, who was casually sipping it while vlogging in the car. If you haven’t seen a can of Liquid Death you should know, it looks a LOT like a craft beer can, and I was mystified that this very public figure would post a video of himself drinking and driving.

Turns out, he wasn’t. He was sipping an overpriced can of mineral water designed to look a lot like an alcoholic beverage. Instantly, I knew I wanted to try it. I picked up a can at my local Whole Foods and right away knew that not only did the water taste delicious, it also was clear the makers of Liquid Death had a wicked sense of humor, a quality that almost immediately turns me into a brand loyalist.

Today I’m going to “review” Liquid Death, I’m going to discuss all the reasons I love it and you should buy it. 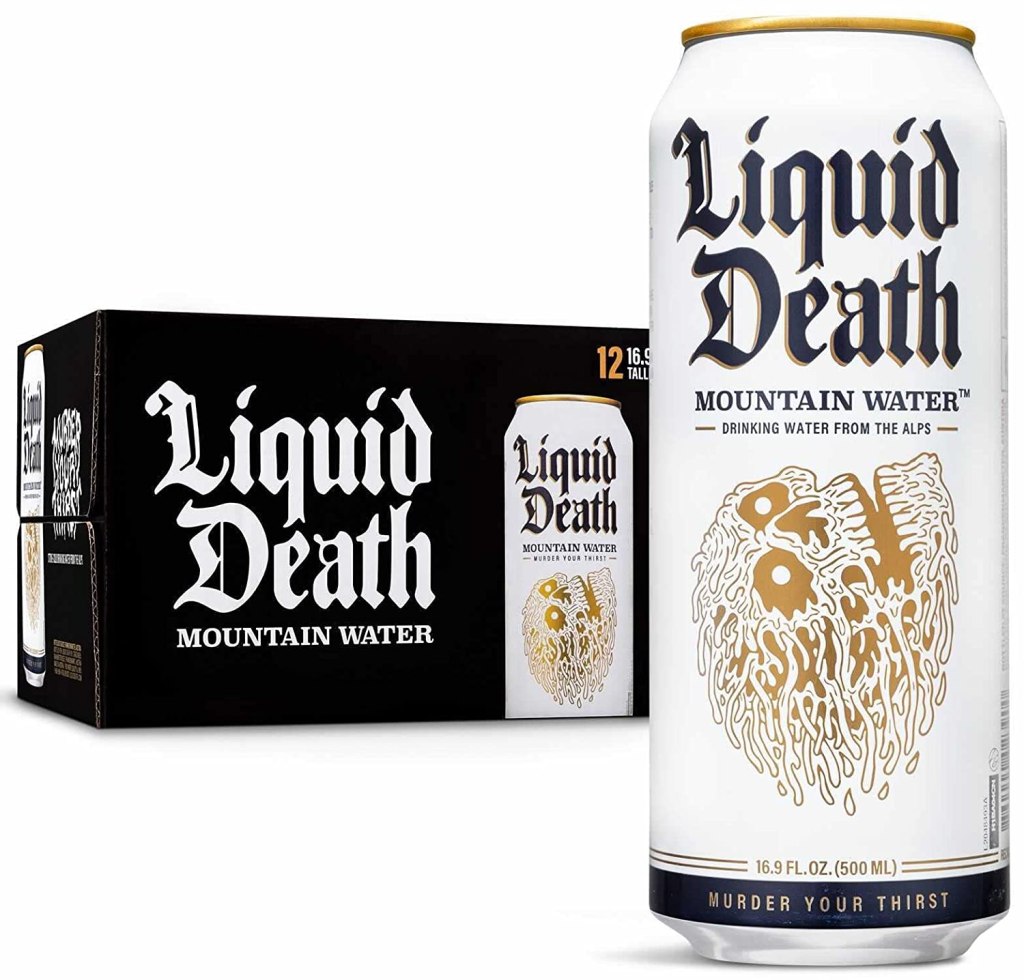 First of all, we have to discuss the name “Liquid Death.” There’s something unabashedly unique about that sentiment. Water is essentially liquid life, as our bodies are composed mostly of it and we quite literally need it to survive. The makers of Liquid Death clearly decided to turn that on its head, and boy do I love a contrarian brand looking to stir up a category as straightforward, and basic, as water.

The water is also delicious, just FYI. It tastes much fresher than most bottled water you can buy, and definitely tastes like it comes from a can over a plastic bottle.

Reason 2: The Design of the Can

The cans of Liquid Death look a lot like a beer, and we’re guessing that is on purpose. Everything from the medieval, bold font on the front to the dark blue and gold trim, to the fact that the water comes in a tall boy can, feels like they’re trying to trick casual glancers into thinking this delicious mineral water is anything but.

The tagline “murder your thirst” is another nice touch, as well as the skull oriented to look like the shape of an anatomical heart. Liquid Death’s mineral water is sold in a white can while it’s black can houses its sparkling water. Both look like alcohol upon first glance, but will impress you with their deception as you look closer.

Aluminum cans, like the ones Liquid Death is sold in, are virtually infinitely recyclable, making them a much better choice for the environment than plastic bottles. Most packaged mineral water you can purchase at a store is in plastic water bottles, especially water that isn’t sparkling or sold in glass bottles. This makes Liquid Death a great choice for people like me who don’t love sparkling water and also try to avoid single-use plastics.

The back of every Liquid Death can also includes a short blurb about their environmentalist mission, told in colorful language to fit the rest of the brand.

“This infinitely recyclable can of stone-cold mountain water came straight from the alps to murder your thirst. When a group of teenagers set off into the mountains for a weekend of drinking regular water in plastic bottles, they became hunted by an aluminum can of mountain water that was dead set on murdering their thirsts, and recycling their souls.”

“Once cracked open, no thirst is safe from Liquid Death. After ritually dismembering its thirst victims, this brutal can of water used the severed body parts of dead thirsts to build itself a flesh suit which it used as a disguise to get a job in marketing. But Liquid Death never took the job. It just murdered a bunch more thirsts instead.”

I mean come on, if that isn’t a prime example of society’s hunger for absurdist, humorous marketing tactics at play then I’m not sure what is.

They close out their shpiel with a to-the-point #DeathToPlastic hashtag, a message I can certainly get behind.

Staying sober at a party or bar can be an uncomfortable situation, depending on who you’re around. In a situation where they’d otherwise have to choose between a sugar-filled mocktail, a soda they don’t want or another undesirable option, they can fool potential taunters into thinking they’re drinking beer, when in reality they’re quenching their thirst with smooth, refreshing aqua.

For folks who struggle with alcohol or substance abuse issues, Liquid Death can provide solace and something to hold that isn’t obviously alcohol-free. Sure, in an ideal world every space would be welcoming to folks who don’t like to drink, but that’s not the society we live in.

I’ve never personally used Liquid Death for this purpose, but there’s certainly an opportunity to make someone who’s newly sober and trying to stick with a program the chance to ward off unwelcome comments about their state of inebriation (or lack thereof). Not only are they hydrating, they look fly as hell doing it.

Liquid Death sparkling water also comes in a few flavored varieties, all with ominous names, of course. “Berry It Alive” is berry-flavored, and formulated with three grams of agave nectar. 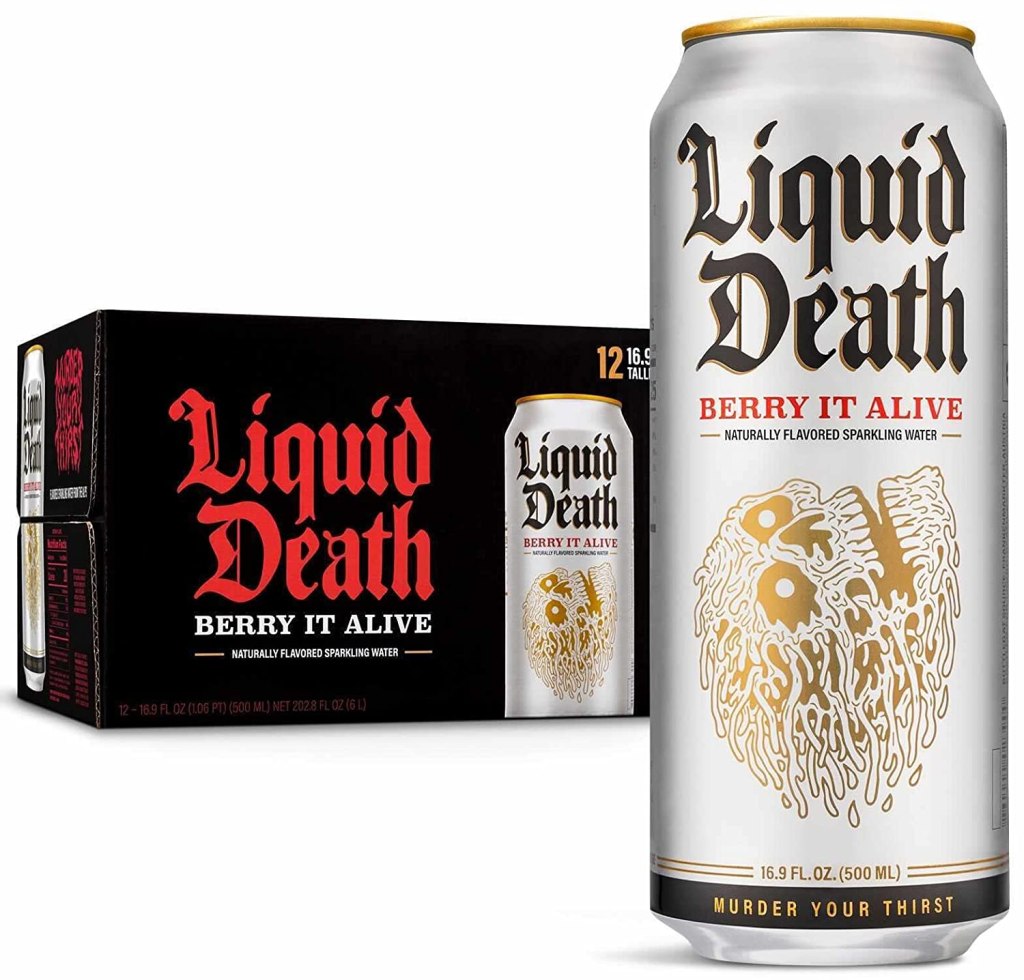 “Mango Chainsaw” is another sparkling water variety from Liquid Death that’s a little too on-the-nose, in the opinion of this editor. It’s naturally-flavored and is only 20 calories per can. 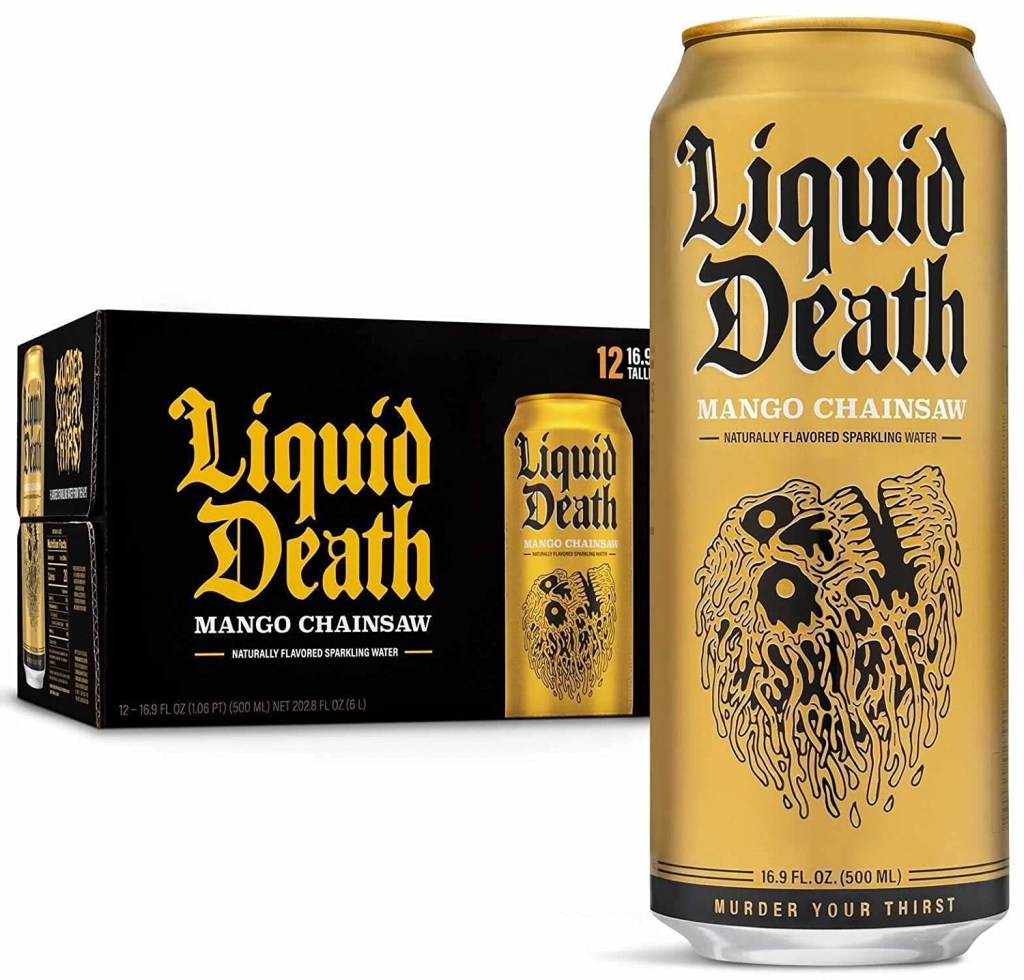 Lastly, “Severed Lime” comes in a green can worthy of sober sipping at every St. Patrick’s Day celebration, complete with gold detailing. It’s armed with electrolytes for hydration and is also 20 calories per can. 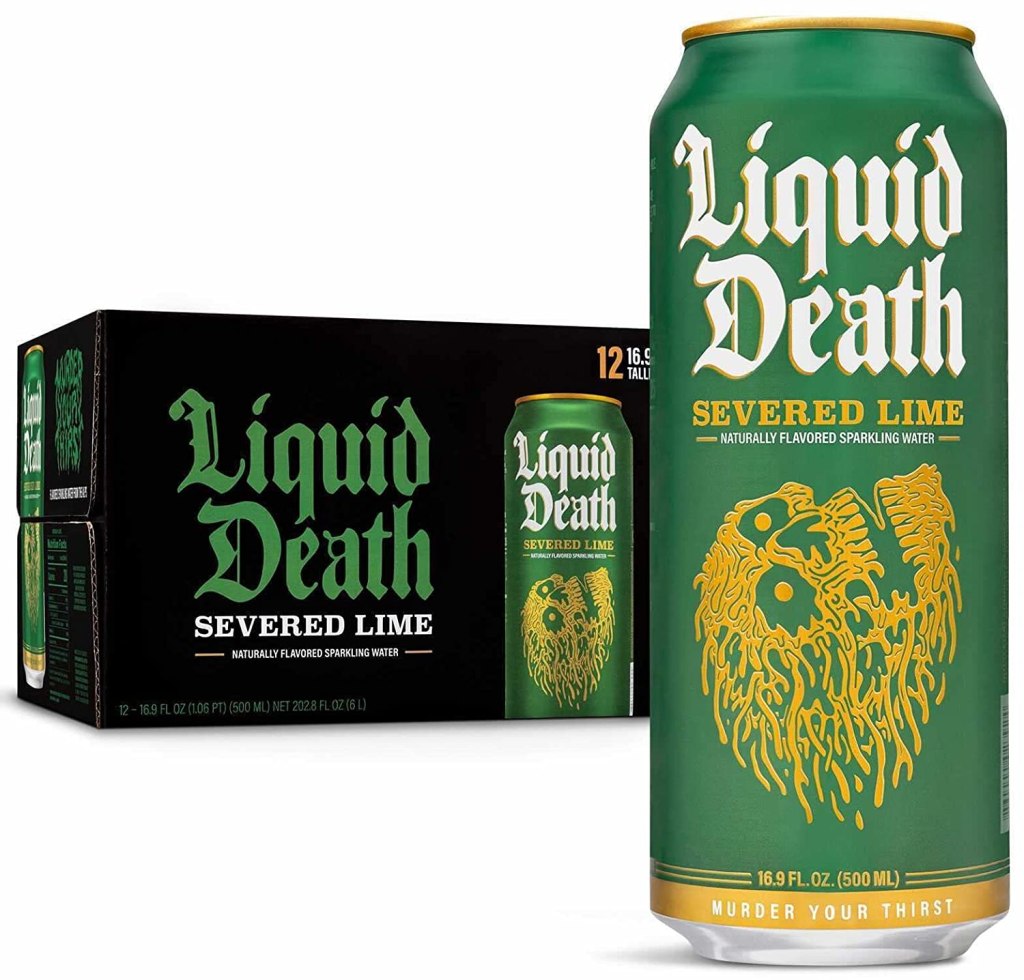 The Best Watches We Saw at the Grammys, From Jay-Z’s Patek to Pharrell’s Richard Mille and More