If you’ve ever been to Korea or even to a Korean restaurant, you’ve likely heard mention of soju. This liquor is ubiquitous across the Korean peninsula where South Koreans drink on average 13.7 shots per week, making them the biggest hard alcohol drinkers on Earth. By comparison, Americans only average 3.3 shots per week. Because of this, soju is the number one selling liquor by volume worldwide. So, what is soju and why do Koreans like it so much?

The national drink of Korea is by basic definition a clear spirit of between 20% and 24% alcohol. Like vodka, it’s a neutral liquor, meaning it doesn’t have a strong taste, yet because of its lower alcohol percentage, it doesn’t have the harsh burn associated with other liquors. Thanks to these qualities, soju can be enjoyed straight with a nice meal or mixed into a cocktail. Generally, soju is more tasteless but also sweeter and thicker than vodka. It also has half the calories.

Because of lax laws concerning the production of soju, it can be distilled using a number of different ingredients. Rice was traditionally the base ingredient, but following a ban on distilling with rice during the Korean War, many producers began using potatoes, tapioca or wheat instead. Today, some producers have switched back to rice, but many still use the alternatives.

Although soju is hugely popular in Asia, it still hasn’t quite caught on in the United States. However, this is beginning to change. Many restaurants have recently woken up to the idea that soju can be sold under a wine and beer liquor license, even if the establishment doesn’t have the more expensive hard liquor license. So, soju now appears on more menus and on more liquor store shelves than ever before.

If you’re interested in trying this famed Korean spirit, either head to your local liquor store or buy a bottle on Drizly, Reserve Bar or Wine.com, which are all convenient straight-to-your-door liquor delivery services. Below, we’ve listed ten of the most popular soju brands available for purchase in the USA. Order one today and enjoy this low-alcohol spirit with your next meal.

If you really want to try spirits from one of the biggest names in soju, buy Saan Soju. Saan means mountain in Korean, and this is one of the oldest producers of soju selling internationally. It has a higher alcohol content than the typical soju at 21%, and therefore, it packs a bigger punch at first sip. Part of this is owing to the fact that Saan makes sojus using sweet potato instead of rice. The result is a spirit with a strong, bitter flavor and very little sweetness. 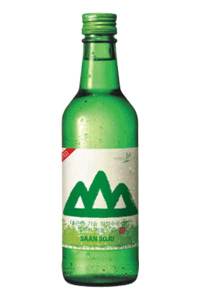 Milder than a traditional soju thanks to the infused grapefruit flavors, Jinro Chamisul Grapefruit Soju weighs in at just 13% alcohol. The low volume combined with the sweet taste of grapefruit has made this a winner in Korea and around the world. In fact, Jinro sells about 7.8 million bottles of this soju per month. So, if you would like to try soju but know you dislike the taste of straight alcohol, grab a few bottles of this fruit-flavored variation. 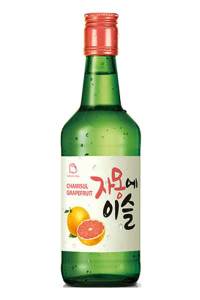 While many soju producers use potatoes, tapioca or wheat to make soju, Chum Churum Original Soju is distilled from rice in the same way the spirit has been made for hundreds of years. The resulting liquor sits at 18% ABV, so it has a bit of a bite when compared to weaker soju. The slightly bitter aftertaste makes this soju better for shooting than sipping, but you’ll find that drinking it is still a more pleasant experience than shooting straight vodka at the same price point.

Han is a growing Korean alcohol brand that produces both upscale vodka and soju. Their soju is available in five flavors, namely original, citrus, fire, teq and cane. The last one is our favorite as it’s inspired by Caribbean rum and made from a delicious blend of rice and barley. This smooth spirit can be used for a twist on any traditional rum cocktails, from the Cuba Libre to a mojito. Most reviewers enjoy this 48-proof liquor for its smooth and versatile taste. 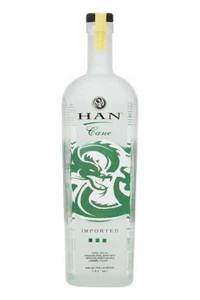 As we move up the price scale, you’ll notice the soju on this list start to have deeper flavor profiles. This is thanks in part to premium ingredients and in part to more advanced distillation methods. The Alakey Soju uses two different distillation methods, namely single distillation and multiple distillation, then blends the products together. The outcome is a supple spirit with aromas of Asian pear, grape must and powdered milk. The soft initial flavor combined with the peppery finish makes this one version of soju you’ll enjoy sip after sip. 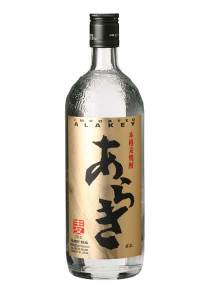 Made with 100% barley, TY KU is a super smooth soju that’s also completely versatile. This particular spirit is created using small batch distillation and cold filtration as well as all-natural ingredients with no additives or preservatives. The liquid is best enjoyed chilled but can also be mixed with fruit juice mixers to make creative cocktails. Plus, the fancy blue bottle will look enticing on your bar cart. 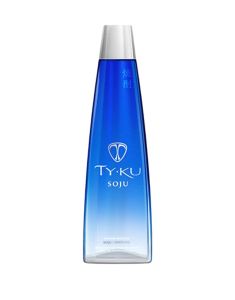 Soju doesn’t have to be produced in Korea. In fact, it can be made all over the world, such as in the United States, China and Japan. The Gyokuro Green Tea Soju is distilled in the Fukuoka prefecture of Japan with premium Japanese barley, rice and green tea. The spirit has an aftertaste that is reminiscent of green tea ice cream, yet the flavor is both mellow and rich at the same time. For a drink you won’t soon forget, invest in Gyokuro Green Tea Soju. 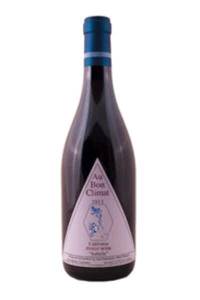 The Tokki Rice Soju Black is made right here in the United States, yet it follows a more traditional distilling process than many made-in-Korea options. This handcrafted soju includes no sweet potato starches and no harsh chemicals. Instead, it’s made with sticky rice, water and nuruk, a traditional yeast that’s hand cultivated. Thanks to this process, the resulting spirit is clean to the taste and has very little bitterness. This is a great option for drinking alongside dinner. 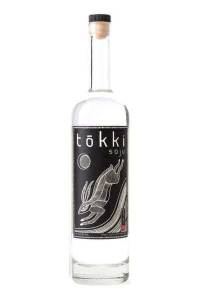 For a soju that’s handcrafted in the United States, look no further than Yobo Soju from the Finger Lakes Distillery of Burdett, NY. This spirit is distilled from grapes and water using a zero-automation process. Nothing in the distillation process is predetermined. Instead, the makers rely on human experience and “meticulous calibration” to produce the award-winning spirit. In the end, there are absolutely no sulfites, preservatives or additives in this soju, which gives it a clean and refreshing taste.

The Lowest Calorie Liquors for Getting Tipsy Without Breaking Your Diet