When the new moon appeared on January 25 and initiated the Chinese Lunar New Year, you may have seen the celebrations worldwide. Huge fireworks and parades with paper floats greeted the Year of the Rat, along with traditional family feasts. Celebrated in areas with large Chinese or Korean populations, it’s one of the world’s largest holidays. It’s even a public-school holiday in New York City since 2015.

So why are we talking Scotch whisky? To honor the Chinese Lunar New Year, Macallan has released a limited edition gift-box set with two bottles of specially-labeled 12-year-old Highland single malt Scotch.

Macallan Double Cask 12 Year Old brings together the classic Macallan taste with the sweetness of American oak casks. The tasting notes include creamy butterscotch aromas and subtle hints of toffee apple, citrus, vanilla and fresh oak. The palate is honeyed, with oak spice and citrus harmonized with dried fruit and caramel. The finish is lingering, warm and sweet, which is perfect for anyone who likes to drink their Scotch neat. 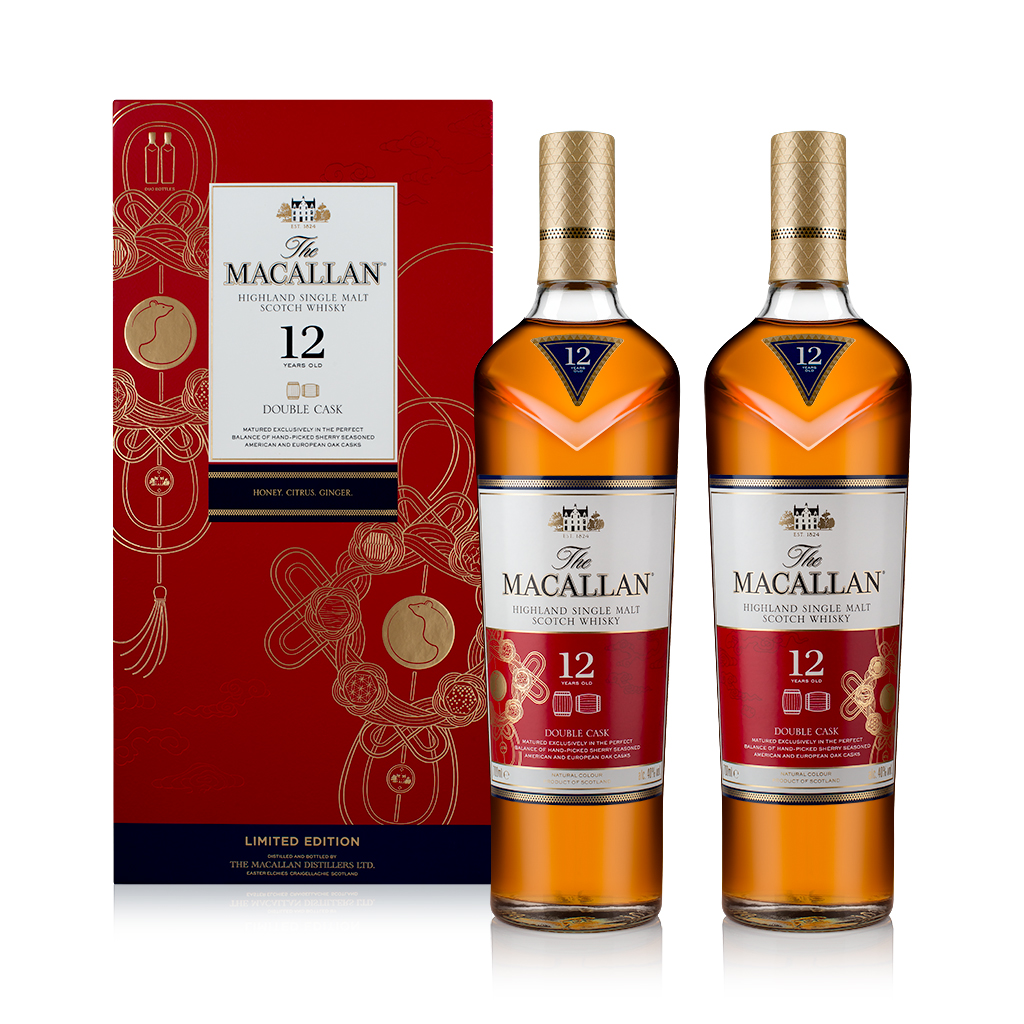 Macallan whisky was born above the banks of the River Spey in Scotland, thousands of geographical miles and lightyears of cultural miles from China. A commemorative gift set of Scotch whisky may seem like an odd way to celebrate a Chinese holiday at first glance. But the Chinese Lunar New Year is, among other things, about enjoying the best food and drink with friends and loved ones. The traditional family reunion dinner celebrated the night before the New Year commences is on par with the American Thanksgiving feast.

So it makes total sense that Macallan would release a gift box of its finest 12-year-old c to celebrate. It pairs well with the many flavors of the traditional New Year’s feast, and regardless of the holiday or occasion, raising a glass or two of Macallan’s is a classy way to celebrate. Plus, with the Lunar New Year holiday celebrated by billions of people all over the world, that’s a lot of whisky to sell and be consumed.

And no matter where in the world you are when you raise your glass, Macallan is one of the top names in Scotch whisky. The distiller has three centuries of experience producing a rich and oily and utterly delicious drink using the Macallan Estate’s Minstrel barley and other local barley that’s high in starch and low in nitrogen. Macallan is the go-to choice for authentic single malt Scotch whisky for many. It’s a perfect choice for the Year of the Rat, or any year.