Made In Cookware just released its first cast iron collection, and we’ve been waiting all week to share the news. Made In is known for superbly crafted kitchen products that are made in “family-owned manufacturers in the U.S., France, and Italy”, hence the name. The company creates professional-level kitchenware that will get you excited to prepare your favorite meals.

This latest collection, which dropped on Friday, September 3, boasts a Limited Edition preseasoned cast iron Dutch oven and braiser. Unlike other Dutch ovens or braisers, Made In’s cast iron offerings are designed with small clouds under the lid to trap steam and keep food moist.

With a focus on every little detail, Made In’s factory designed the collection using cast iron molds of green sand, which a press release reveals “creates cavities” through a process called shell molding. “Both processes use sand to create the molds, however, since our process uses a bonding resin as well, the end result is a smoother piece of cast iron cookware. Why does this matter? It makes our pieces much easier to clean, and food like steaks will release from them with ease.”

The cookware also comes pre-seasoned, which takes a lot of work out of getting a new cast iron pan, protecting it from rust while creating a non-stick surface.

Related: The Best Way to Keep Your Cast Iron in Tip Top Shape

As part of the two-piece cast iron collection, the brand’s dutch oven has been specifically designed for baking bread and features a lid that that traps heat and steam for perfect browning crispy crust with every loaf. Made In’s cast iron braiser is also a great addition to your kitchen cookware. Use it to perfectly roast poultry and other cuts of meat, or to bake delicious desserts.

The two pieces are available at the Made In Cookware online store with a retail price of $249 each. We absolutely expect the cast iron collection to sell out.

Check them out below. 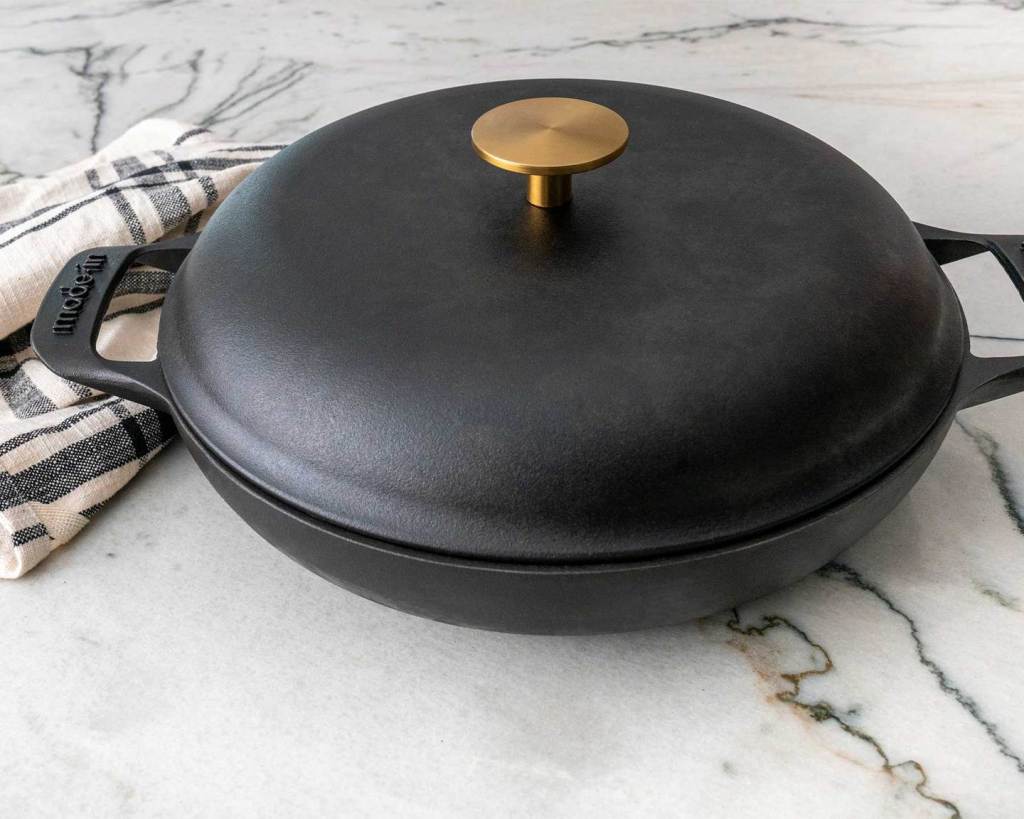 Courtesy of Made In Cookware

Made In Cookware Cast Iron Braiser

Update: The Cast Iron Dutch Oven has already sold out. 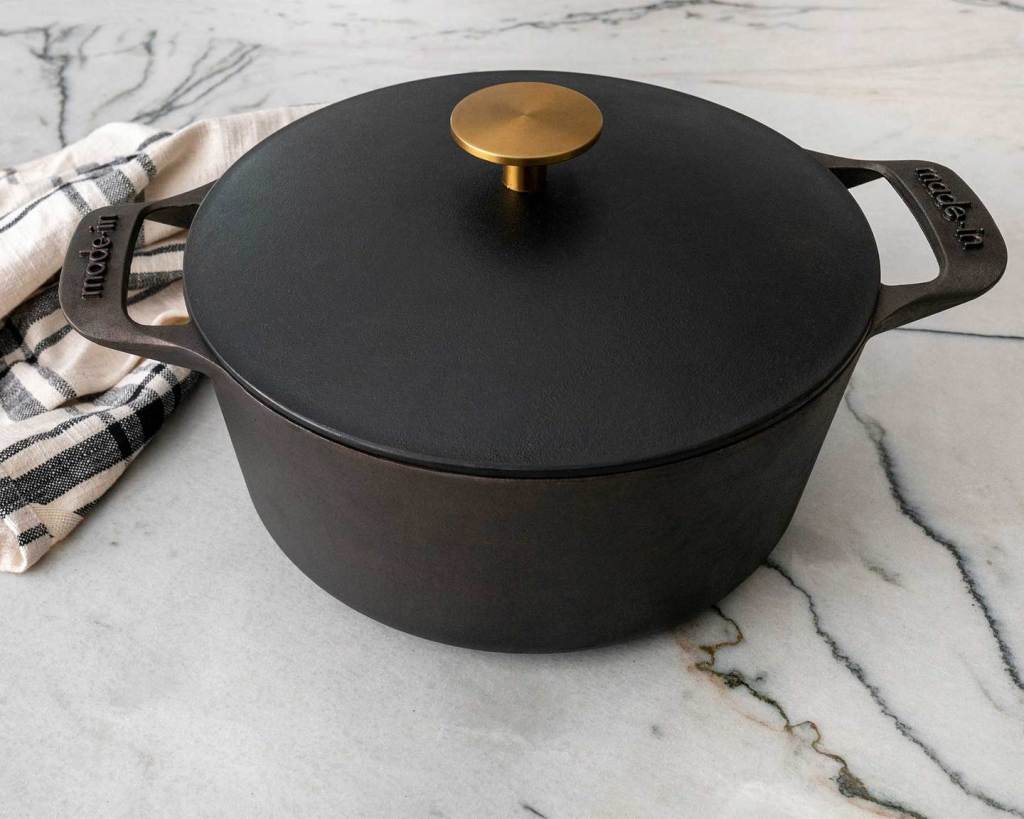 Courtesy of Made In Cookware