What more is there to say about MGP whiskey, and how different are the various bourbon and rye brands that come from this massive distillery? For those who are unfamiliar, MGP is a factory-like distillery located in Lawrenceburg, Indiana, and it’s the source of a great deal of whiskey sold under different brand names. The distillery has been around since the 19th century and was operated by Seagram’s for a long stretch beginning in 1933. In 2011, MGP Ingredients acquired the distillery, and now in addition to making whiskey for brands like Dickel, Bulleit, Smooth Ambler, High West, and many others, it has its own lineup of bourbon and rye (George Remus and Rossville Union). Most recently, MGP acquired Luxco (Ezra Brooks, Rebel, Blood Oath, and other brands), which will now manage these in-house produced brands.

There used to be a pretty significant lack of transparency among brands that sourced their whiskey from MGP, with some trying to obscure this fact. However, this has mostly (and thankfully) gone away. Nowadays, it can be a source of pride to say your whiskey is made in Indiana because this storied distillery skillfully produces some really excellent spirits, particularly when it comes to the rye category. MGP bourbon happens to be pretty good too, provided you are picking the right barrels, it’s aged for a decent amount of time, and you have a good palate for blending.

This seems to be the case with Off Hours, a new bourbon brand sourced from MGP that was founded by entrepreneur and Indiana native Jake Ireland. The bottle design is simple and attractive, with a rounded shape and color scheme that reminds me a bit of Widow Jane. The mash bill is 75% corn, 21% rye, and 4% malted barley, just tipping into the high rye bourbon category, and it’s aged for a minimum of five years.

Ireland says that he worked with master blender Ashley Barnes on the process of blending the barrels he selected. “We worked through nearly 20 different barrel blends before landing on the final product, and ultimately landed on a bourbon at 95 proof,” he wrote in an email, “where we feel it can be enjoyed neat, on the rocks or in a cocktail.” He also says that knew from the get-go that he wanted to work with MGP, as he happens to be from Lawrenceburg as well. “Growing up with family and friends working at the distillery,” he wrote, “I was familiar with their process, including sourcing their grains from small towns around the area, and felt they produced a great product that fit with what I was looking to bring to market.” 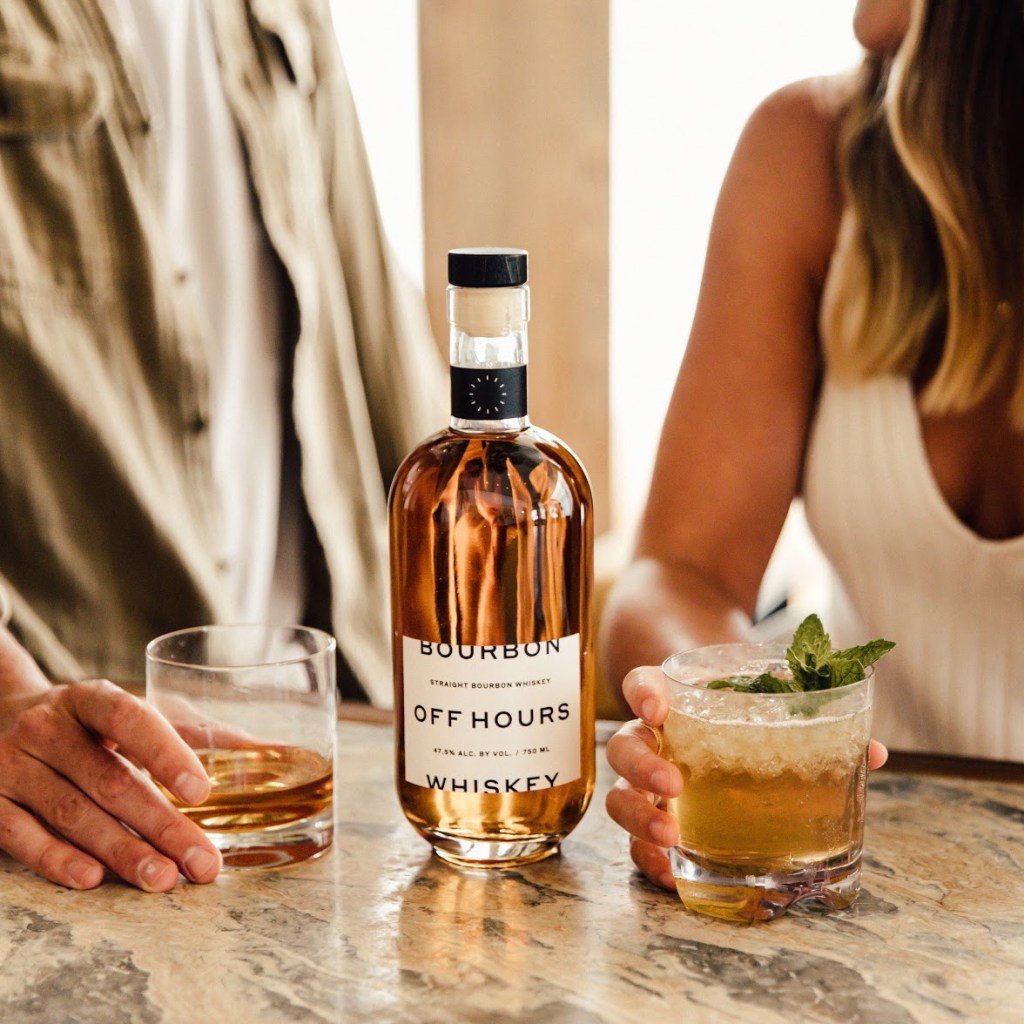 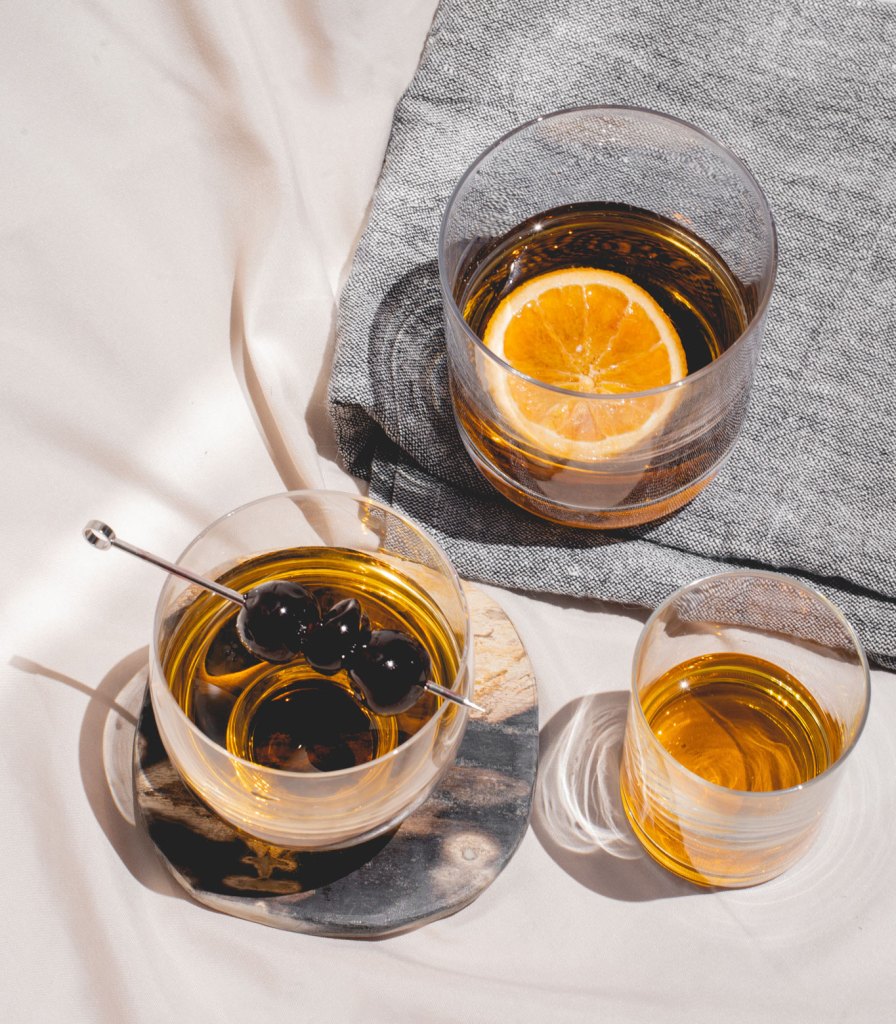 Off Hours is a decent whiskey, perhaps not the deepest or most complex you will find, but one that could earn a place in your home bar. To be fair, the price tag does seem a bit high for a five-year-old bourbon from MGP, as you could arguably find something just as good (or better) and older from distilleries like Wild Turkey or Heaven Hill for less. But perhaps you’re paying a bit more for its branding as a “modern bourbon” that’s “made for the moments in between.” Essentially, this is a bourbon that you’re supposed to sip and relax with, which ideally is the point of any whiskey.

So how does it actually taste? There’s grain, honey, and vanilla on the nose, followed by nutmeg, cinnamon, cherry, Granny Smith apple, and popcorn on the palate. At 95 proof, it’s surprisingly not very hot, so the finish is pleasant and fades slowly. I will definitely be making some whiskey cocktails with this bourbon, as it seems perfectly suited for an Old Fashioned in particular.

Overall, this is a solid bourbon, but in a world of so many options, particularly from a distillery like MGP, gaining a foothold could be difficult. But clearly this isn’t some vanity project, as the quality of the liquid shows that planning and thought has gone into the barrel selection and blending. Give this one a try, and maybe see how it compares to other MGP whiskey you likely have somewhere in your liquor cabinet.

Where To Buy Off Hours Bourbon

Off Hours may be available in some liquor stores, but it’s easiest to order a bottle online. You can purchase Off Hours Bourbon Whiskey from retailers like Flaviar, Caskers and Drizly starting at $41.99 for a 750 ml bottle. 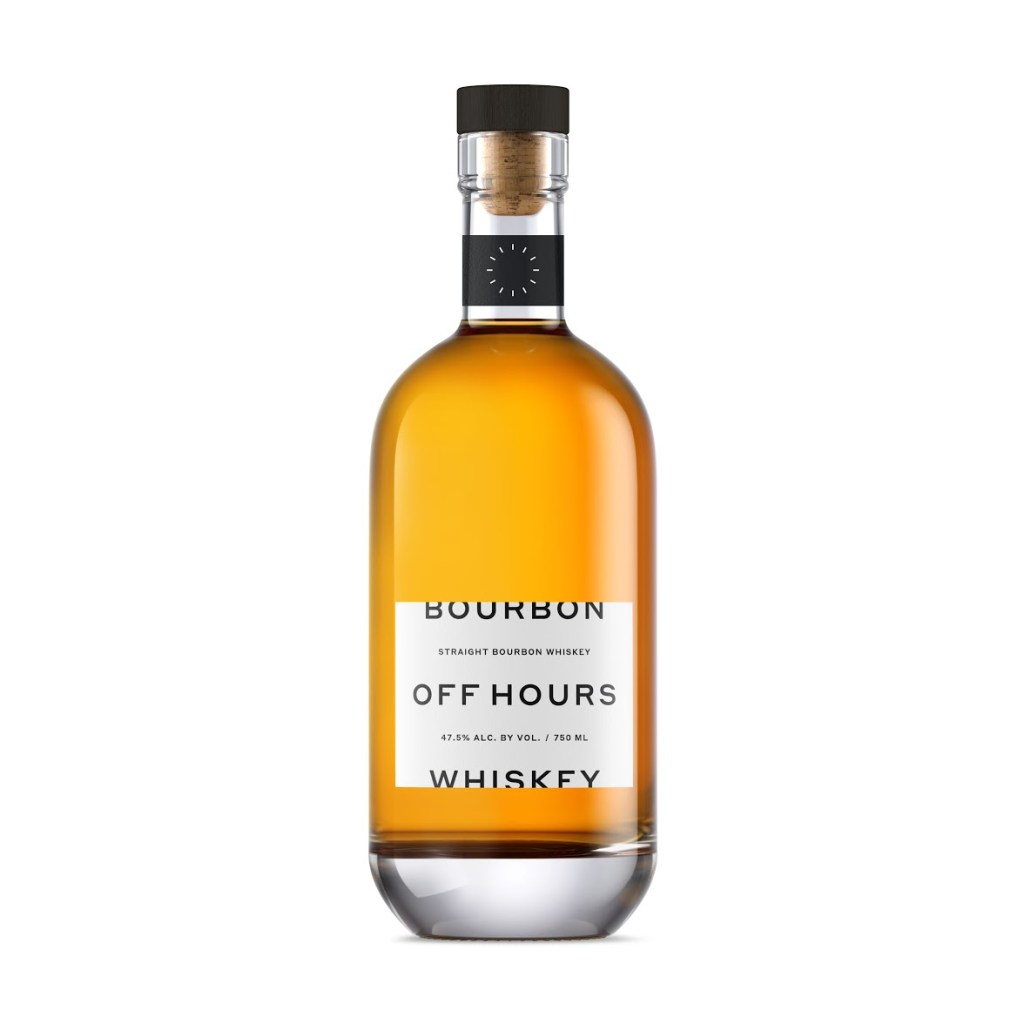 Whiskey of the Week: Jim Beam’s Legent Bourbon Has Been Unfairly Maligned