Old Forester is a whiskey brand that has been around in some shape or form for 150 years, and currently has bottles on both ends of the price spectrum, from the budget to the ultra-premium. That’s one of the reasons why people love it, and why bartenders usually have some type of Old Forester handy.

If you’re a whiskey-drinker and are looking for good value bourbon for your home bar, then you can’t go wrong with Old Forester’s 86-proof bourbons (or better yet, the 100-proof bourbons). They’re surefire bets that usually cost less than $30 per bottle. Then there the higher-end offerings in the Whiskey Row series, and of course the distillery’s annual Birthday Bourbon release. There have been 20 of these anniversary bottles so far, and in recent years dedicated bourbon fans have really had to hustle to get a bottle, sometimes even lining up outside of liquor stores the night before it goes on sale.

The latest release from Old Forester is the 117 Series: High Angels’ Share, a bourbon curated by master taster Jackie Zykan. The 117 in the name refers to the address of the Old Forester distillery on Whiskey Row in Louisville (the majority of the whiskey is actually produced at a facility in Shively, KY). Unless you’re a real spirits connoisseur, we’re guessing you don’t know the term “angels’ share”.

For the unfamiliar, the angels’ share refers to the whiskey that evaporates as the spirit matures inside of a barrel. Of course, the precise amount depends on factors like climate, humidity, placement in the warehouse and barrel size, but in Kentucky the angels’ share usually averages around 4% annually. The older the whiskey is, the more of it is lost to the (admittedly very happy) angels. 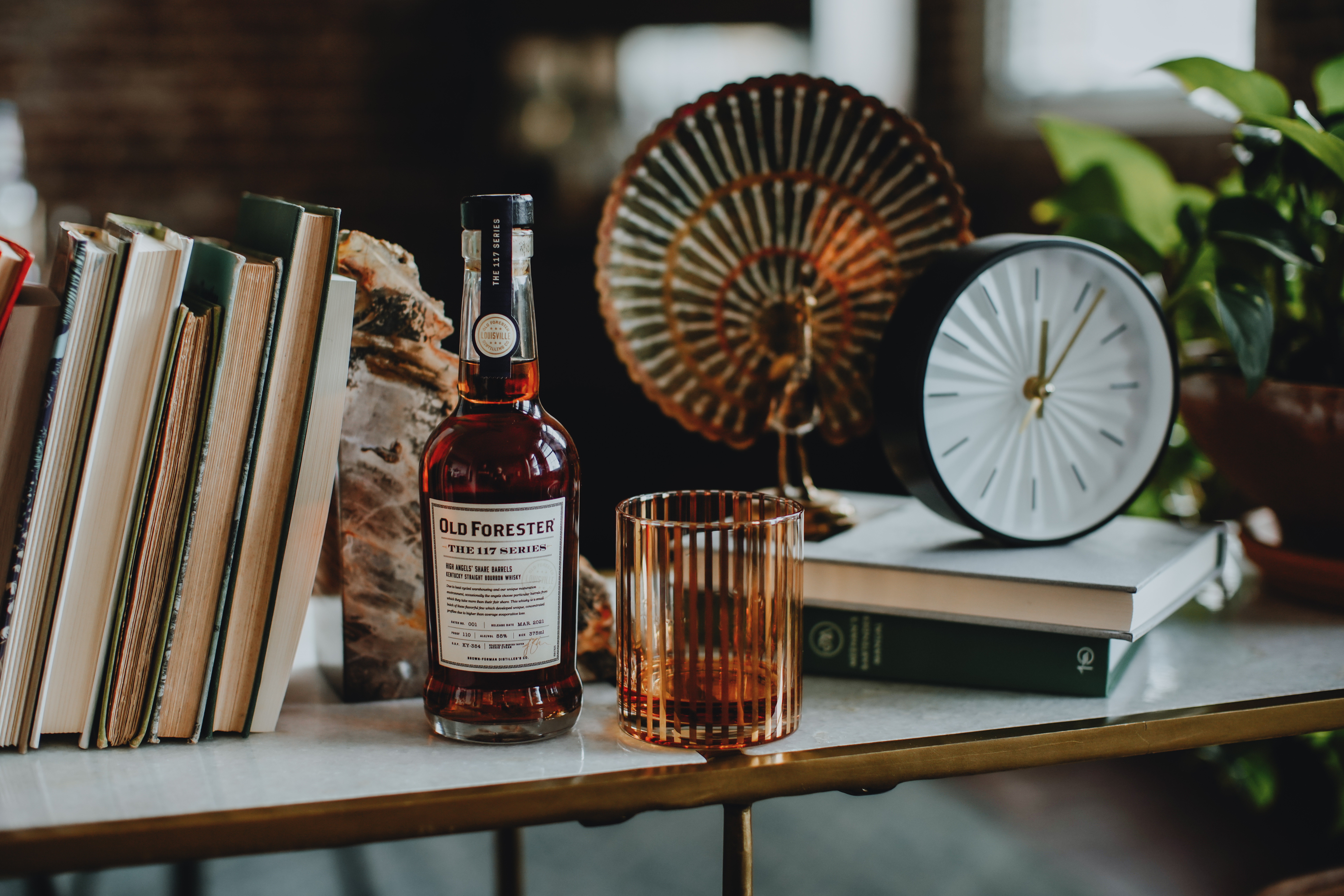 For this release, the barrels that Zykan selected had a particularly high angels’ share, which tends to concentrate the flavor absorbed from the barrel in the remaining liquid. The bourbon was bottled at 110 proof, making its flavor profile even stronger and more pronounced than it would be at a lower ABV. And that profile is vibrant and wide-ranging, with strong bursts of oak and citrus on the nose, and an expanding palate full of oak, caramel, brown sugar, and cherry.

This is a good bourbon that is not exorbitantly priced at $50, but its availability is a bit limited. Unfortunately, we couldn’t find any bottles for sale, but you can check the local availability on alcohol delivery sites like Drizly. It initially launched at the retail shop at the Whiskey Row distillery and is now available at retail stores throughout Kentucky. Nationwide, it’s only available at select retailers, so if you find a bottle, don’t hesitate to pick one up while you can. This is only the beginning, as there will be more releases in the 117 Series in the coming years that will “explore selections from specific warehouses, barrel manipulations, deconstructed blends and more,” according to the brand. Personally, I can’t wait to see what else Zykan and the Old Forester team have in store. 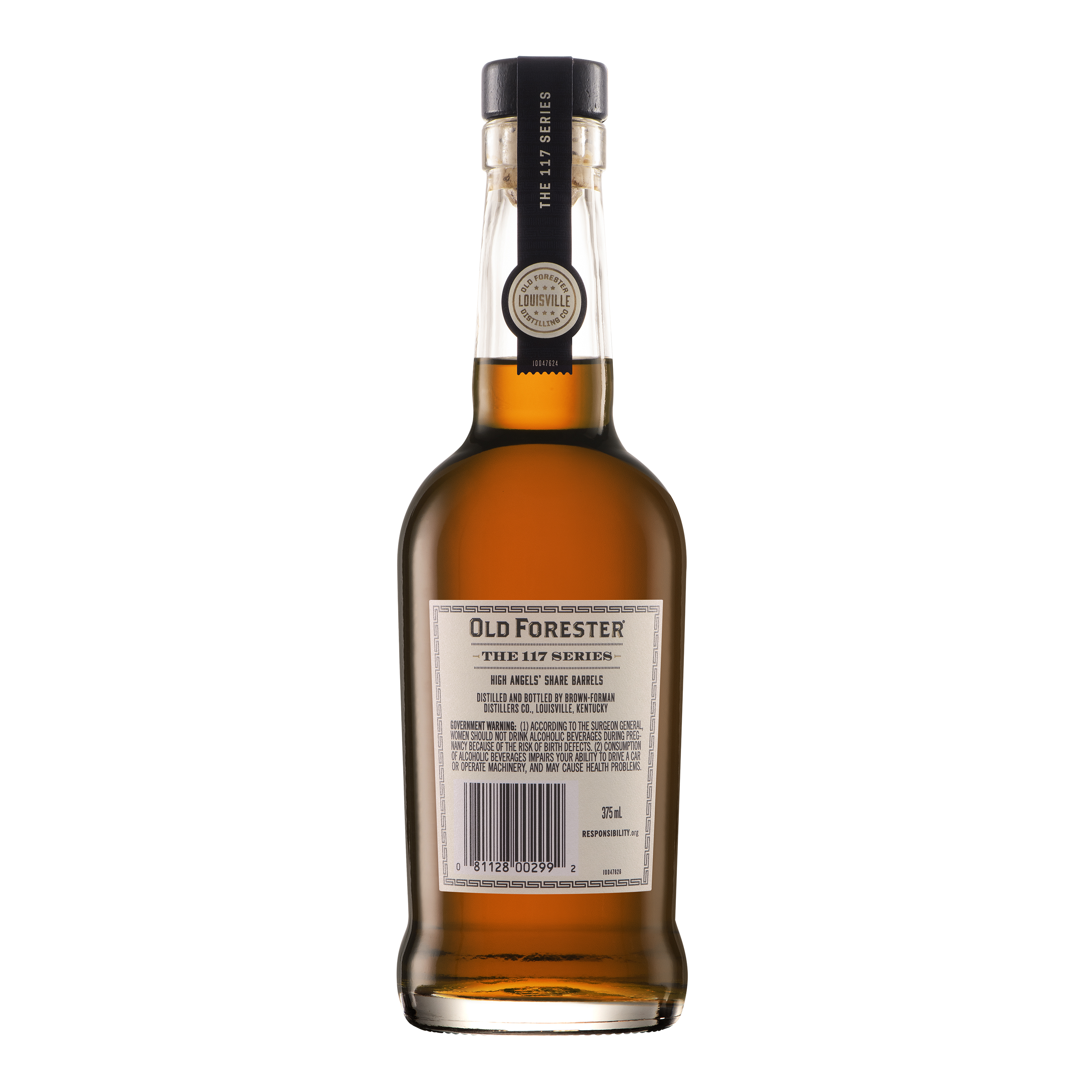 Our Favorite Bottles of Irish Whiskey