Alright, maybe we’re not ditching blanco tequila entirely, but we’re absolutely loving reposado tequila right now. In the last couple of years, reposado tequila has been making rounds across bars, liquor cabinets and bar carts alike from coast to coast. Meaning “rested,” reposado tequila has a different aging process than your average younger blanco shot, similar in a way to how some of the best bourbons and whiskey brands are made. Each bottle is (most of the time) aged inside American oak casks that used to hold whiskey for up to around two-ish years. This brings a bolder taste and a darker color to the tequila when compared to blanco, and all with much less of a bite.

Think of it like this: blanco tequila is the younger, more immature, meaner sibling. It’s ready to slap you in the face upon each sip or shot. On the other hand, reposado tequila is a bit older and more mature. Yeah, it might give you a bit of a slap, but a tiny one at that. A love tap, if you will. 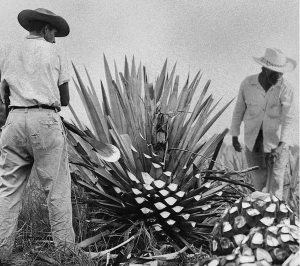 Reposado tequila is a delicious sipper no matter how you take it. Neat? Yum. Shots? Go for it. Margs? Every Taco Tuesday, baby. A spirit this versatile even has the ability to change the way most tequila haters feel about the liquor. Because, we get it if you hate tequila. We’ve all been to a college party at least once. Or twice. But if your bad experience came at the hands of a tequila, let’s be real, it was probably blanco that did ya dirty.

If you’re familiar with the majority of the best old and new tequila brands, note that most have a reposado option worth trying that will have you switching over to the dark side faster than you can say “Luke, I am your father.” At the same time, there are even some brands specifically popular for just reposado that are quite delicious, too. If you’re looking for the perfect bottle to try first, we’ve gathered some of our favorites you need to try out for yourself. It’s tequila time.

We named Clase Azul the best tequila you can drink in our main tequila roundup, so it shouldn’t come as much of a shock to see it again here. It’s quite literally the tequila of all tequilas. Even experts agree that this beautiful blue and white bottle is the standard for modern-day, delicious tasting tequilas. You’ll find this baby at the very top shelf at most bars and restaurants, proudly displayed as the alcoholic beverage you need to consider trying on a night out.

With notes of spice, cream soda, apple cider, jasmine, cinnamon and honey, this tequila is made from only the finest blue agave plants in Mexico and boasts a taste unlike any other reposado. Each bottle is locally handcrafted and handpainted to match traditional Mexican colors and motifs, making no two bottles exactly alike. Whether you’re going to buy this as a gift or as the bottle you crack open on a special evening, it’s definitely something everyone has to have on their bar cart. 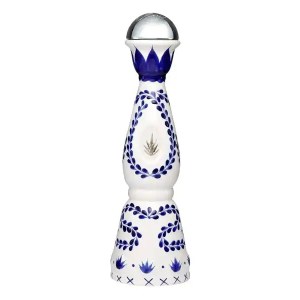 Hornitos is a classic. It’s perfect for shots, sipping neat, with ice, in cocktails, for margs — whatever. It’s one of the oldest reposado tequilas on the market and has restocked shelves upon shelves since the 50s. It’s made from 100% blue agave and is aged anywhere from two months to a year in what were once bourbon barrels. It has a pretty straightforward scent of agave, but you can also get some notes of green apple and herbs. It has a pretty easygoing flavor most tequila lovers can easily get behind but you’ll absolutely get that warmth you crave, too. 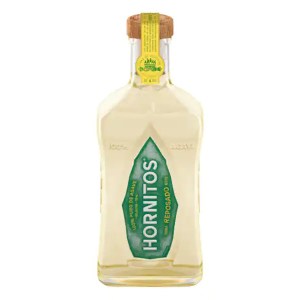 We know what you’re thinking: “Patrón tequila in my margarita?” Yep, Patrón tequila in your margarita. While a Patrón margarita might seem a bit too bougie for some margarita lovers who don’t really mind what goes into their limey cocktail, Patrón is exactly what you need to be making margs with. This ain’t an Applebee’s. No $1 margs here. Patrón Reposado’s got the perfect bite, consistency and flavor you need to make the most mouthwatering margarita at your next Taco Tuesday. With fresh agave flavors and hints of white oak, the sweet, smoky, smooth blend of this reposado marries so well with the rest of your marg’s ingredients, even if you’re getting a little crazy with flavors like mango and strawberry. 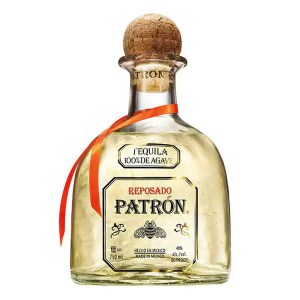 Espolòn is perfect for shots because of how much it resembles blanco tequila. It has that wince-worthy bite that blanco’s got. You know, the one that makes you question your life choices but then shortly after gets you dancing on a table unsure where your shirt went. It’s our favorite party tequila by far and boasts notes of tropical fruit and vanilla with a long spicier finish ready to warm your insides. It’s aged in new American oak barrels for only two to four months, so it’s on the younger side of reposados — hence why it makes such a chaotically exciting shot (or seven.) 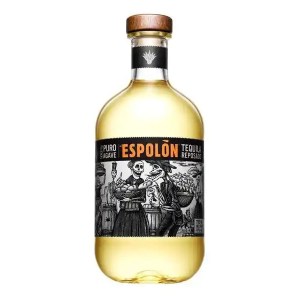 While some might think sipping tequila neat is kind of insane, some tequila lovers in this world will have to disagree — especially when it comes to reposado. Like we said, this spirit is versatile. Reposado is occasionally mistaken for newer Scotches at times, so sipping solo (even without ice) is kind of pushed by reposado tequila connoisseurs. Our favorite neat reposado? Suerte. By far. This reposado is aged seven to eleven months and is made specifically from blue weber agave in the Highlands of Atotonilco El Alto in Jalisco. It’s double-distilled in none other than American oak bourbon barrels to retrieve a perfect balance of agave and oak. It has quite a unique buttery taste and even pairs well with foods as diverse as pasta and pork. It’s named after the ancient tequila legend of the 400 rabbits and the name translates to “luck” in English. 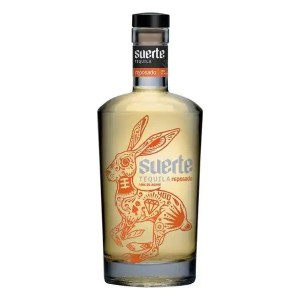 BEST ON THE ROCKS

Can I get a margarita on the rock, rock, rocks? Can I get salt all around the rim, rim, rim, rim? Hold everything but the tequila, though — we’re drinking Cabo Wabo on the rocks. This reposado is aged for around four to six months and is made for those reposado lovers with a knack for a strong-as-hell agave taste. It scented with citrus but leaves behind more of a fruity yet peppery taste after each sip. This is a tequila we think is meant for milking, so don’t be so afraid to let it vibe around in your glass of ice for a little bit, too. 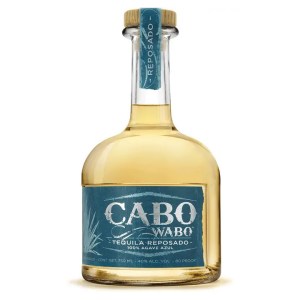 Don Julio’s been in the tequila game since 1942, so it should come as no surprise that we included this bottle of reposado in our list. This reposado hits the palate much more smoothly than you would imagine by hitting the spot without any added burn or wince. It has a bit of elegance to it in a way other reposados have a difficult time matching with hints of dark chocolate and cinnamon. Aged eight months in American white oak barrels, this bottle packs a flavor that will have you drooling upon sniffing its aroma. 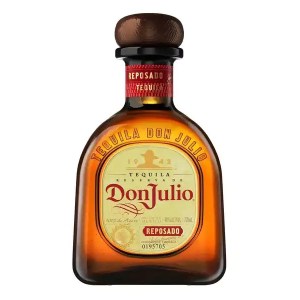 Surprisingly, reposado tequila doesn’t always have to reach a crazy price in order to be tasty, just take Exotico for example. This six-month aged bottle sits typically at the $25 mark, making it an affordable bottle when checking out reposado for the very first time. It’s aged in white oak bourbon barrels, imparting a flavor that hits somewhere between boisterous and low-key, giving an all-around blend of vanilla, dry fruit, spices, with an aftertaste of oak, caramel and cinnamon. You’ll be confused as to why this one isn’t priced higher, that’s for sure. 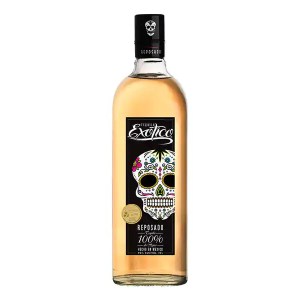 Let us clarify: we’re talking about college kids 21 and older. All of you youngins better hop out of here before we call your moms. Milagro is . . . something. For those of you looking for something with that exceptional reposado taste, this might be it, but in our experience, likely isn’t. Milagro is perfect for the kind of person who is simply looking to get very (responsibly) drunk with their friends. It’s essentially a party in a bottle. It’s rested in American oak barrels for two to four months, meaning it’s on the younger side of most reposados. Feel free to mix it into a marg, but we love this stuff straight as is. Just don’t hate us for the hangover you’re likely going to get. 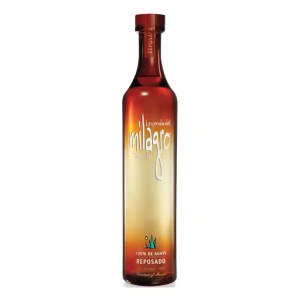 From Master Distillers to Modern Labels, These are the Best New Tequila Releases