As a gay man, drag queen lover, wannabe reality television superstar and New Jersey native whose favorite snack will forever and always be Cheez-Its, I, for one, am losing my damn mind right now.

Cheez-It has collaborated with two of the biggest faces in reality TV and two of my personal heroes, the world’s most famous drag queen, RuPaul and Nicole “Snooki” Polizzi, the little meatball from everyone’s favorite reality TV show, Jersey Shore. Talk about the perfect gift for foodies and reality TV lovers.

This is the first time any reality television star has graced the cover of a Cheez-It box, modernizing what used to be cereal’s number one go-to shot for sport-centric celebrities circa 2002. But, unlike the good old days when you could simply walk into your local supermarket and pick up a box of Life with Shaq’s face on the front, these Cheez-Its have been hard to get.

Although these boxes launched during a presale event back on September 15, they didn’t officially release to the public until today, September 19 at 12 PM ET. But, here’s the catch — these Cheez-Its are so popular, that they sold out in one minute. That’s it.

From here on out, Cheez-It will be selling these boxes every single day up until September 23 on CheezItHQ.com at noon ET. After that, all of the remaining boxes will be sold online for fans to purchase while supplies last. But, given how quickly they sold out today, we can’t promise you’ll get a box. This is something you’re going to have to set an alarm for.

Although this might not be the last time a reality TV celebrity will grace a box of Cheez-Its (cough, me in a few years), this iconic drop boasts significance in the snack space, just as much as the Chromatica Oreos did. And, how could we forget those questionably-colored green and pink cookies? We never will.

Collectors and snackers alike, it’s time to pick up a box of Cheez-Its. You know what to do from here. Set your alarm for 12 PM ET tomorrow and get ordering. 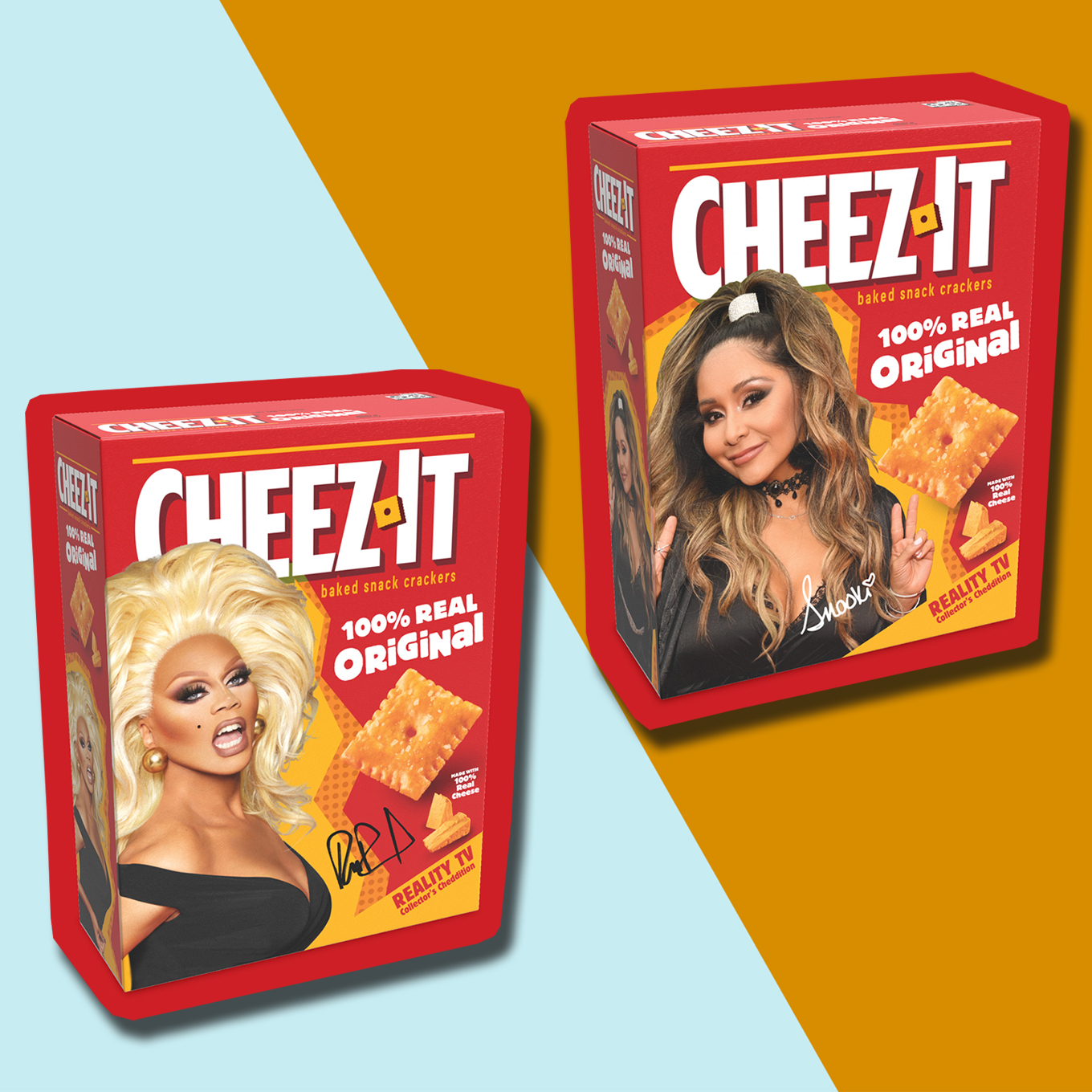