It was early April 2020, the sun was warming up, the birds were chirping and the world was in mass hysteria and about to go into global shutdown due to the spreading of a new disease none of us had ever heard of. It was a scary time to be alive, and considering it’s nowhere near over, my anxiety has only been lessened for the sheer fact it’s warmer outside and that tends to boost my serotonin levels. But that’s a story for another time.

Toward the beginning of the COVID-19’s initial spread, no one really understood how life would change. Most were wondering how their routine would be affected: Would the supermarkets close? How will I get my food if they do? Would the laundromats close? How am I going to wash my clothes?

I was more frantic about something entirely different: Would the liquor stores close? I can’t watch an episode of RuPaul’s Drag Race without a couple glasses of white wine. It just goes hand in hand for me. I’d have to pause the season I’m on and start over. I had to do something.

My first thought was to head out to my local liquor store and snag a few bottles just in case. But, my local liquor store is on the pricier side, and I was not in the position to splurge on vino. With that being said, I looked into online alternatives until I found my saving grace: Splash Wines. 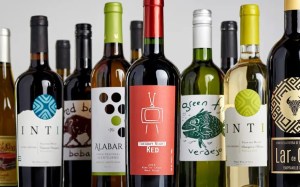 I had heard of Splash Wines before. My mom had a Groupon a few years back and has been pushing me to order ever since. She would always brag about the money she’d save through Splash to her friends—similarly to the way she should have been bragging about my report cards all throughout high school, but I get it now that I’m in my 20s. Wine is more important.

Splash is the bang for your buck of cased wines. They offer numerous case options that typically consist of 15 bottles each to provide exceptionally good wine at a bargain price. Sounds too good to be true, right? Wrong. It exists and it’s beyond worth it.

Upon arriving on Splash’s interface, I was greeted with various wine options to choose from. From a Red Wine Lovers’ Paradise to a Supreme Spring Sampler to a case simply titled “European Dreaming”, the options felt endless. Though, one case caught my eye immediately — Fifteen Different Whites. And I am a sucker for a chilled glass of white wine. 15 whole bottles for only $115? That was only around $7.60 a bottle. I was sold. 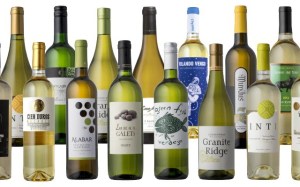 So, there I was, ready to place my order. I added the case to my cart and headed to the checkout, but not before a popup appeared and I’m like, oh no, my card was declined again. This is so embarrassing I hate when this happens. But no—it was a popup asking me if I wanted to add three more bottles of wine for only $15 more. I was like, “Are these people absolutely crazy? Of course I will.” I added the three bottles, and there I was. Purchasing 18 bottles of wine for just $130. Turns out I would finish RuPaul’s Drag Race in peace.

If you’re wondering how fast it got here, it took two days. That’s all. My UPS girl Kiana had to call me so I could personally head to the truck and take the box out of the back because it was too heavy for her, so I gave her a bottle for the trouble. I was feeling like Santa Claus.

Now that August is about to start and liquor stores have yet to close in New York City, I have to say I don’t regret my decision in the slightest. I gave a few bottles to friends and family for fun and honestly, I ordered a second case at the beginning of June. Sue me. Wine lovers, you have to give Splash a shot. I know, I know, that many bottles for such an affordable price has to mean the wine is crap quality. I’m here to tell you that you will be surprised. Every bottle I had both times was delicious.

So what are you waiting for? Give it a shot yourself. I promise you won’t be disappointed.