The American single malt movement has been getting a lot of attention over the past few years, but it still comprises a relatively small share of the domestic whiskey market. Bourbon is, of course, king, followed by rye whiskey and, at least in terms of sales if not respect, Tennessee whiskey (Jack Daniel’s being the behemoth that it is). But American single malt is arguably where some of the most interesting things are happening right now, partly due to a lack of a legal definition, which allows for more experimentation, particularly in maturation.

There is a coalition of distilleries pushing for Uncle Sam to officially recognize American single malt (via the Alcohol and Tobacco Tax and Trade Bureau), and these distilleries would like to see the category strictly defined as bourbon. The American Single Malt Commission lays out what it thinks should be the rules: whiskey made from 100 percent malted barley at one distillery in the U.S., matured in oak casks not exceeding 700 liters, and a few other technical points. That does give some leeway in the maturation step, unlike bourbon which must be aged in new charred oak barrels. Most distilleries follow these rules already, though, as is the case with Colorado’s Stranahan’s, one of the first wave of American single malt producers.

The Original expression was recently given an update in conjunction with the distillery’s 15th anniversary. What used to be a four-year-old whiskey (keeping in mind that the age statement reflects the youngest whiskey in the bottle), is now a blend of four to seven-year-old whiskey. “The four-year provides Original’s signature malt-forward character,” said a representative for Stranahan’s, “while the older barrels add spice and oak complexity.” How important this change is is entirely subjective, and really probably something you should try back-to-back with the older bottle to discover for yourself. The whiskey is still aged in new charred oak barrels, like bourbon, and is a solid example of the American single malt category and a good entry point for anyone new to it.

Bourbon drinkers will pick up notes of caramel and vanilla on the palate, but the malted barley mash bill gives the whiskey a strong bed of stone fruit, baking spice, sweet pear, and honey that drives the flavor. Drink this on its own, but absolutely experiment with making cocktails using it — a Stranahan’s Manhattan is an interesting take on the classic version.

The distillery does use other types of barrels for some of its other expressions — there’s the Sherry Cask, which is self-explanatory, and then there’s the annual Snowflake release. Every winter, fans line up outside the distillery days in advance, hanging around in a party atmosphere for this limited edition that is finished in wine, sherry, cognac, rum and tequila barrels, basically whatever the team feels like doing that year. But no need to travel to Colorado to get your hands on the Original expression, a good, mid-priced American single malt whiskey that will likely be your gateway dram into this expanding whiskey category. 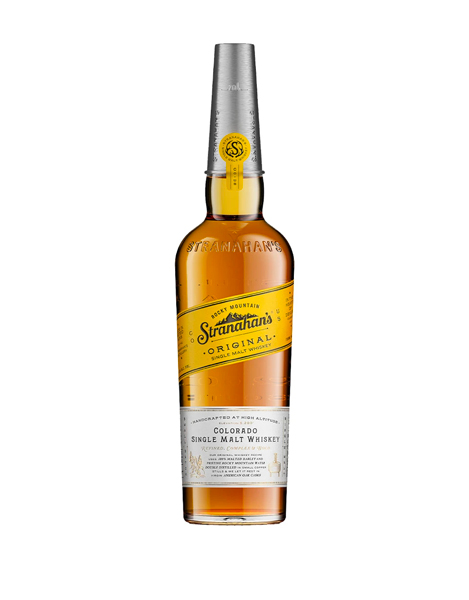