If you are a fan of the best tequila, these are very good times for you. We are awash in agave spirits, and while not all of them are great, there are many excellent bottles to check out from brands both well-established and brand-new. Blanco, or silver, tequila is always a good place to start, as it arguably represents the essence of the spirit before it’s aged to become a reposado or anejo (although blanco can be put into a barrel for up to two months). Aged tequila is also quite good, of course, but blanco is where it all begins.

Tequila 101: What Exactly Is Considered Tequila?

There are certain regulations defining tequila, which are meant to protect this distinctly Mexican spirit. It can only be made from blue Weber agave, and while most tequila is made in the state of Jalisco, it can also be produced in Michoacan, Tamaulipas, Nayarit, and Guanajuato. A mixto contains at least 51 percent agave, the rest being sugar and additives, but the tequilas in this list are all 100 percent agave spirits. It is legal to add a very small amount of color or flavor to tequila (as long as it’s less than 1 percent of the volume, this does not need to be disclosed). You can definitely taste the additives in some brands, but not so much in others. If you are curious to find out more about this, here’s a good list to get you started down the additive rabbit hole.

As far as production, some distilleries use more traditional methods to produce tequila-like brick ovens to roast the agave pinas and a tahona stone to crush it, while others use something called a diffuser. This modern and efficient piece of equipment basically strips the sugars from the agave by blasting it with hot water and sometimes also using acid or chemicals. The result is what tequila aficionados derisively call “agavodka,” claiming that the flavor has chemical notes, or at worst is just neutral. Diffuser-made tequilas are more likely to have additives, but that is not always the case.

Ultimately when choosing a blanco tequila to drink, it’s all about what tastes best to you, although it’s important to understand the impact that things like additives and diffusers have on the palate and culture of tequila. We’ve put together a list of some of the best blanco tequila to get you started on your tequila tasting journey, from classic brands that have been around for decades to new tequilas on the block.

Patron was at the forefront of the premium tequila movement when it launched back in the late ‘80s, and has since grown into one of the most popular brands (it was acquired by Bacardi in 2018 in a deal worth about five billion dollars). It’s one of the few tequilas made at its own dedicated distillery, with two excellent blancos in its lineup. Patron Silver is the entry-level version, for which the agave pinas are shredded using a roller mill, while Roca Patron is made using the traditional tahona to extract the juice (the tahona is a large volcanic stone wheel). Both are lovely, crisp tequilas, with notes of pepper, citrus, and earth on the palate — but the Roca expression is arguably the superior (and more expensive) one. 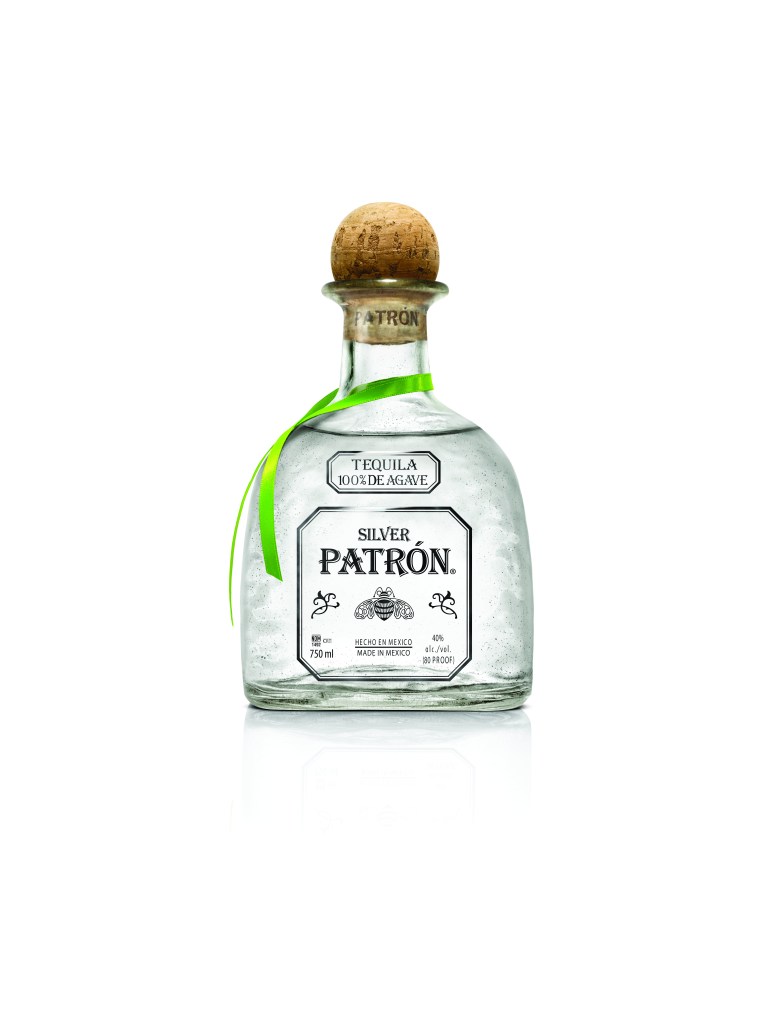 Espolon is admired by many tequila fans for being a solid affordable option, with bottles priced around $25. The brand was founded in 1998, and has instantly recognizable artwork on the label featuring the rooster it’s named after (the spur, to be precise). The blanco is a really good entry-level tequila that works well in a Margarita or any other cocktail. The agave is cooked in high-pressure autoclaves at this Highlands distillery, a choice the distillery says extracts a particular flavor profile that brick ovens or a diffuser would not obtain. The result is a dependable blanco that will fit any budget. 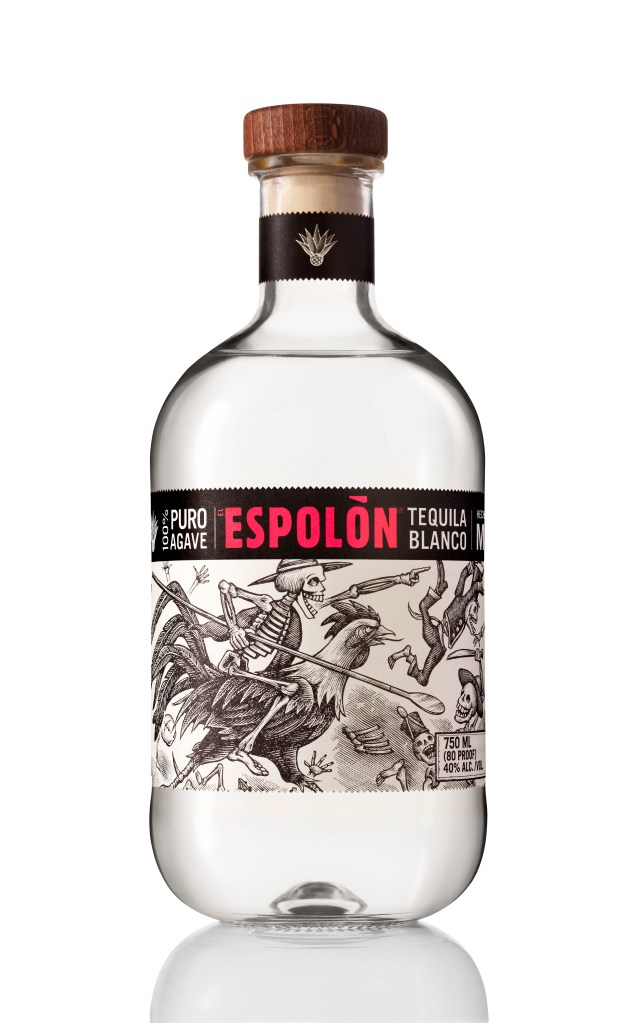 Casa Noble just underwent a huge redesign, with everything from the bottle and label to the tequila within getting an overhaul. Gone are the short, squat bottles, which are replaced by a sleek, taller design with new labeling. The liquid inside remains certified organic, triple-distilled, and made from estate-grown agave, but the brand is now “folding their best single-barrels back into their reposado and añejo expressions,” according to a rep. The blanco is on the higher end as far as quality and price, but it’s a great option. According to founder Pepe Hermosillo, the blanco now is “a less herbal and earthy tequila, more notes of citrus, sweet fruits and flowers, and therefore greater balance, becoming even more elegant.” 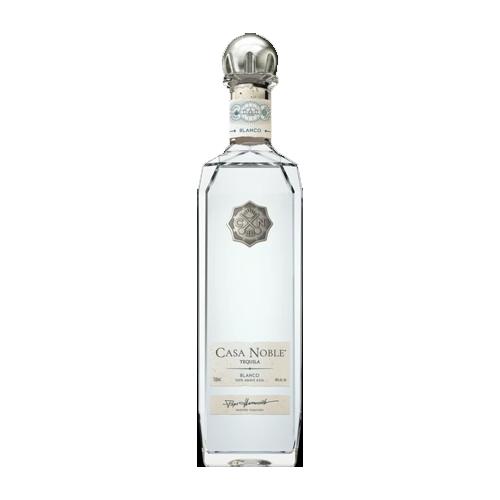 Volcan De Mi Tierra, which means “land of the volcano,” uses a blend of agave from the Lowlands and Highlands that are grown in the shadow of the long-dormant monolith. The brand launched a few years back as part of the LVMH (Louis Vuitton Moët Hennessy) portfolio and sits in the premium range of blancos that you can choose from. The combination of agave from different regions yields a palate with notes of fruit, citrus, and spice, making this a good choice to enjoy neat or to mix up a batch of cocktails with. 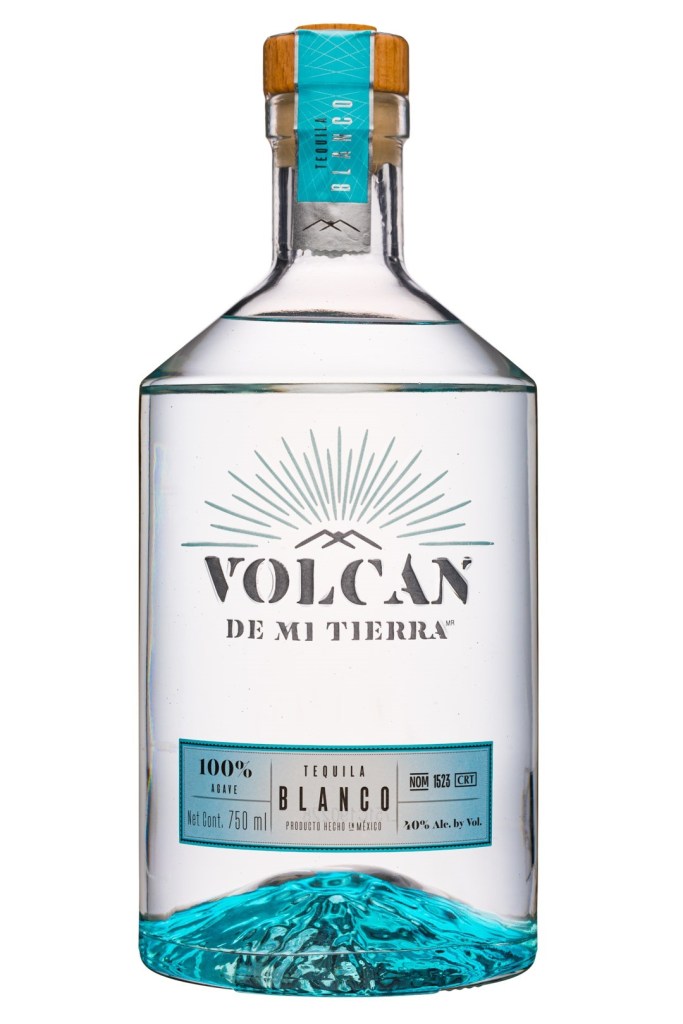 William Grant & Sons is a company well known for its scotch whiskies, but the company also has Milagro Tequila in its portfolio as well. In fact, WGS purchased a distillery last fall that it will dedicate to the production of Milagro, a brand that was founded in 1998. The blanco expression comes in a signature tall blue bottle, and balances notes of sweet and spice against a soft minerality. If you’re looking for something a little more upscale, check out the Select Barrel Reserve Silver, which spends 45 days in both American and French oak barrels before bottling.

Similar to Milagro’s Select Barrel Reserve, Herradura’s silver tequila spends 45 days inside American oak barrels. This gives it a slight copper tinge and infuses the palate with a bit of vanilla and caramel from this short time interacting with the wood. Herradura is owned by Brown-Forman, the company behind big American whiskey brands Jack Daniel’s and Woodford Reserve, so access to barrels is definitely not a problem — and it was also made the official tequila of the Kentucky Derby in 2008. 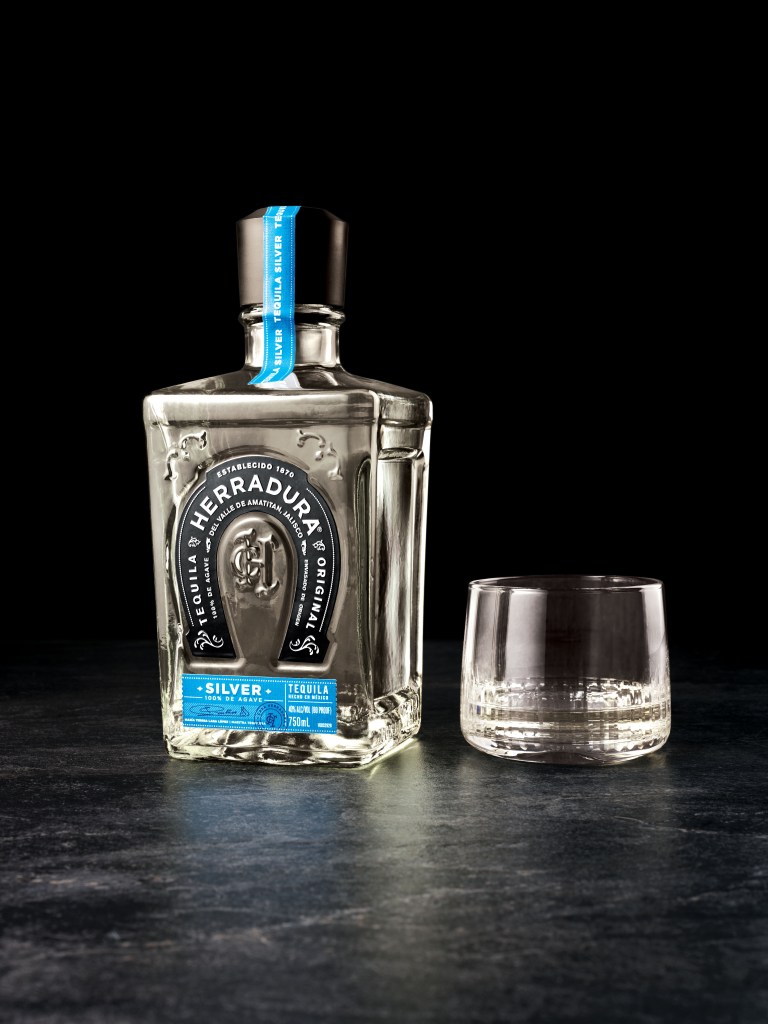 Tequila Ocho came about as a collaboration between famed tequilero Carlos Camarena and expert Tomas Estes. What separates Ocho from many other brands is that each bottle is made using agave from a single estate with each vintage using agave from a single rancho (or field), an attempt to really show the effects of terroir upon the flavor of the spirit. The palate for the plata expression will vary based on vintage (typically one is released annually, sometimes two), but look for prominent notes of earthiness, white pepper, and soft layers of citrus. 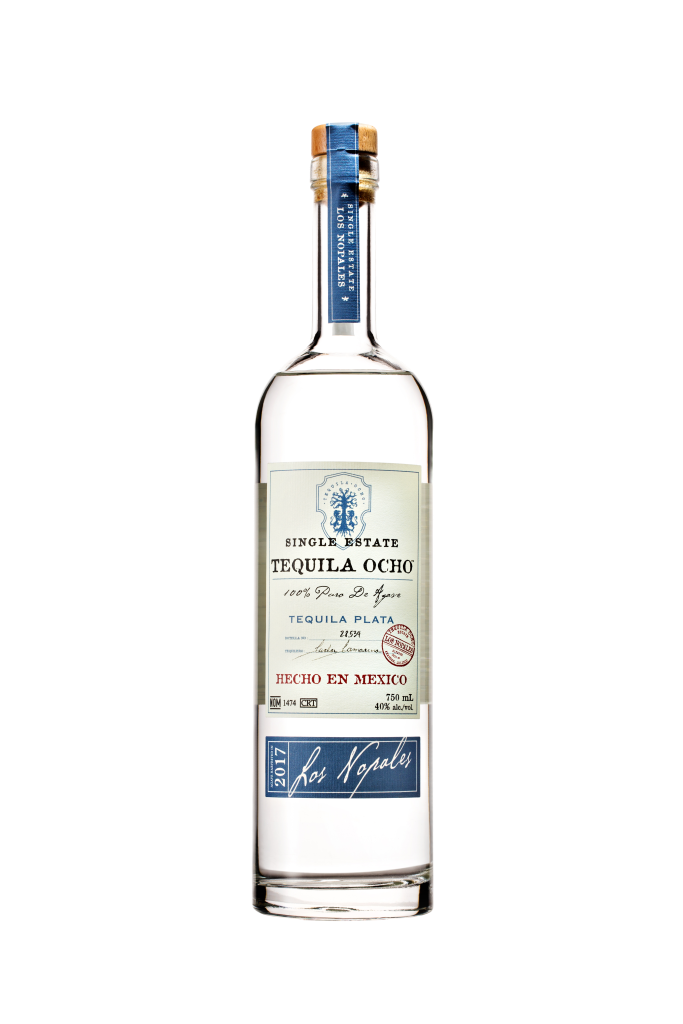 El Tesoro, part of the Beam Suntory family of spirits, is the work of Carlos Camarena, the grandson of Don Felipe Camarena who started the La Alteña distillery in 1937. Today, the tequila remains an excellent example of how traditional methods can be used to craft a great product, such as the use of the tahona stone to extract the juice from the agave. It’s distilled to proof, so water is not added before bottling. The blanco is a good place to start exploring the range, a very balanced tequila with flavor notes ranging the spectrum from spice to sweet. 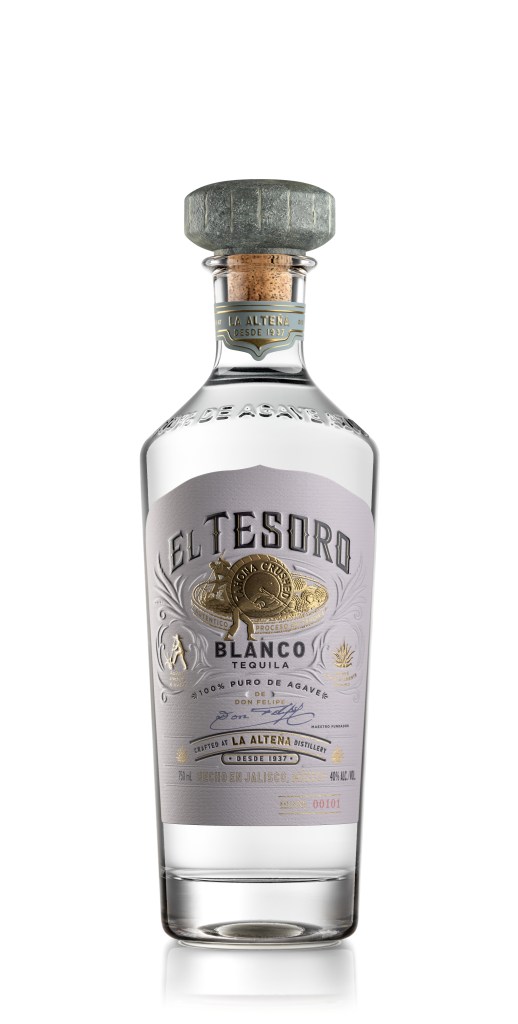 Hiatus is made at the same distillery as Casa Noble (and many other brands), La Cofradia in Jalisco. This is a relatively new brand that launched in the US in 2018 and is focused on producing high-quality tequila in blanco, reposado, and anejo expressions. The blanco is an easy-drinking silver tequila, but does not lack in flavor or complexity. Hiatus filters the tequila and oxygenates it for 24 hours before bottling, which the brand says gives the liquid a velvety texture, something that seems to come through on the palate. 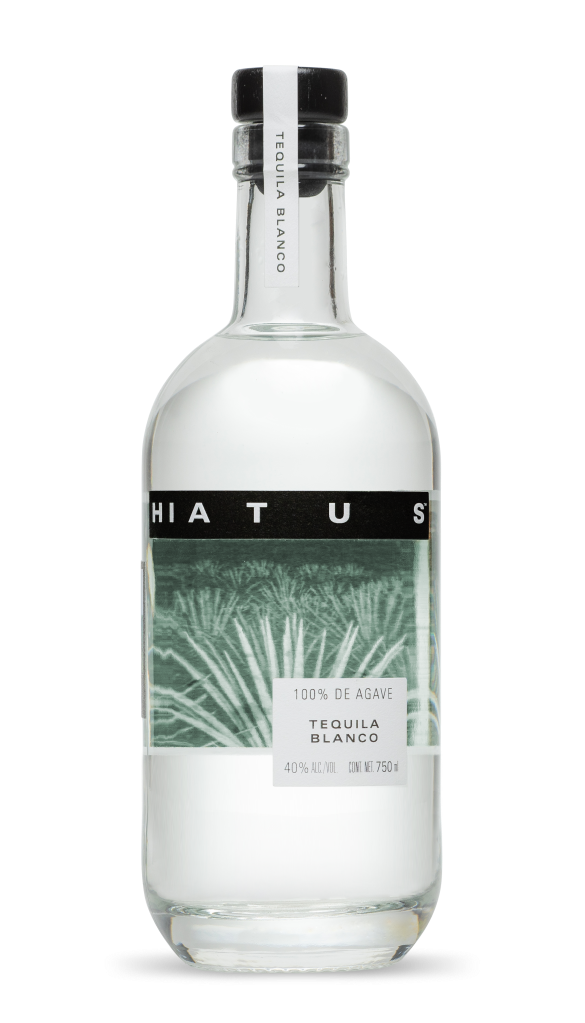 PaQui is a new premium tequila brand that launched last fall here in the US (it was actually first introduced in 2010, but had stopped selling for a while due to management issues). It was created by John Chappell, who has a long career in the beverage industry. The focus behind the brand was to remove impurities that Chappell feels can lead to some burn in the spirit, so it’s made using what the brand calls “selective distillation” to assert control over what ends up in the bottle. Also, wine yeast is used for fermentation instead of wild yeast. The Silvera expression has herbal and floral notes on the palate, followed by a bit of lemon and some soft vanilla notes. 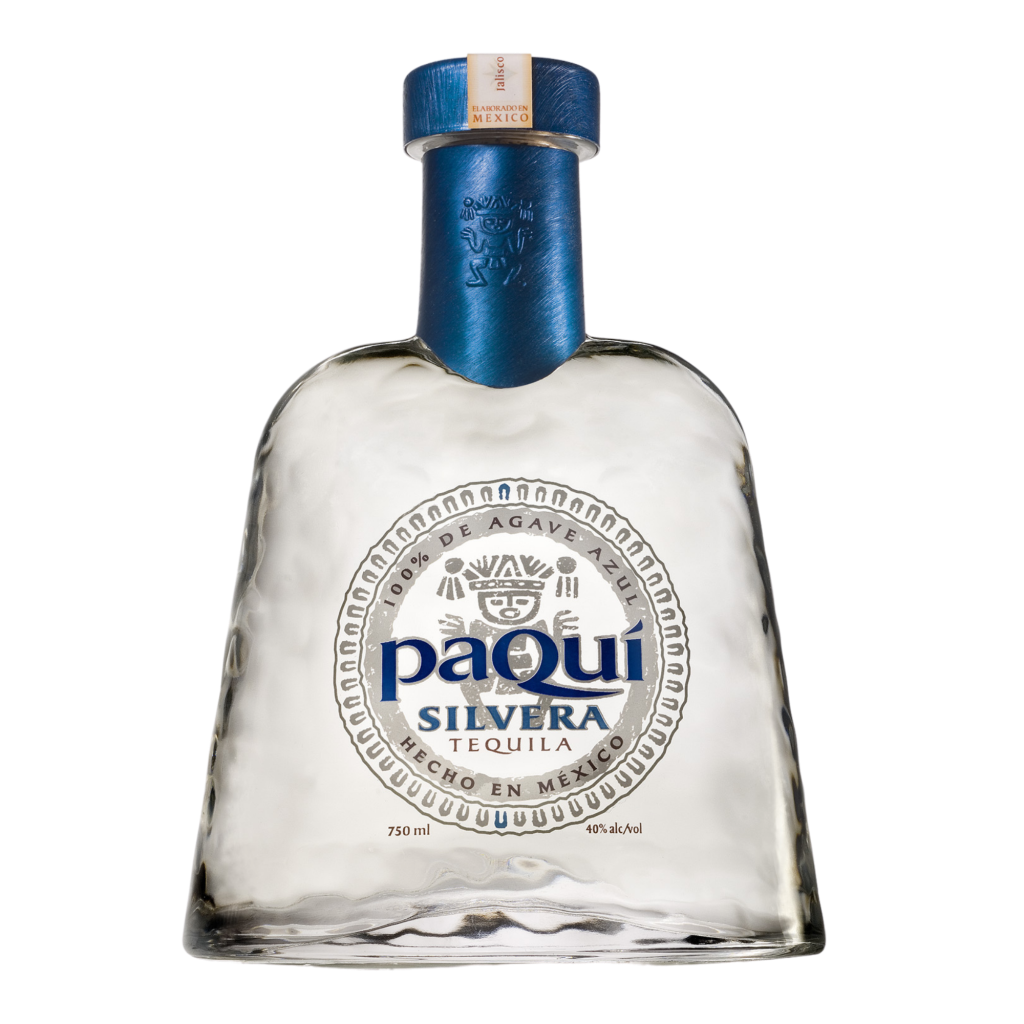 Flecha Azul falls into the category of celebrity-backed tequila brands, given it was founded by  Mexican-American PGA golfer Abraham Ancer along with entrepreneur Aron Marquez. It’s a new brand, having launched in 2020, and there are four different expressions available. The blanco has a bit of acid, nice hits of sweetness, a dollop of spice, and some bright citrus notes that pop on the palate. It doesn’t get put into barrels, but it does spend two months in stainless steel stills with copper coils to allow it to develop into a “smoother” tequila, according to a rep for the brand. 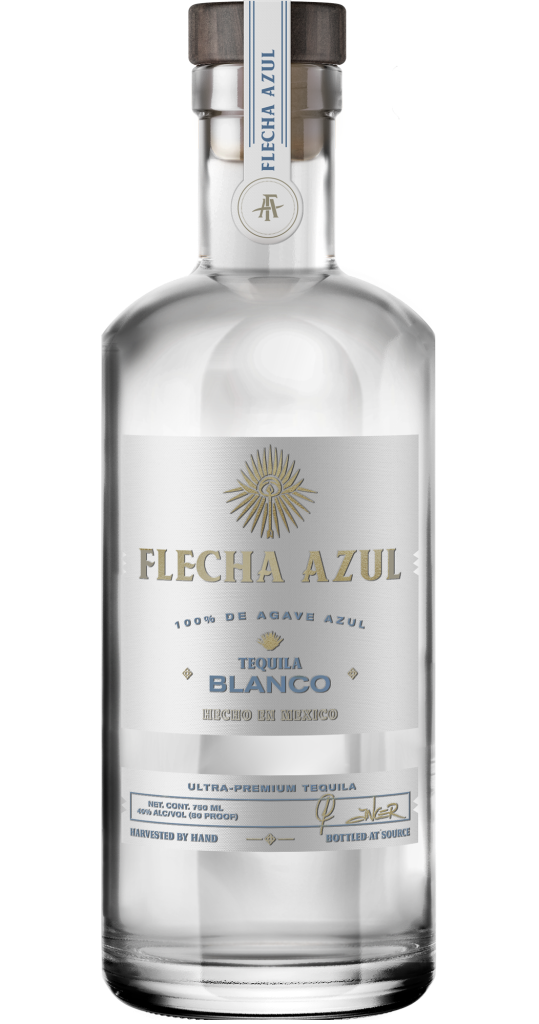 The latest news from El Sativo is that the brand is launching reposado and anejo expressions this spring, but the blanco has been around since last summer. This single-state, organic tequila undergoes a distillation process that is supposed to keep terpenes intact, elements in the agave that may have health benefits. This may or may not be the case, and it’s a good marketing tool, but the real question is how does it taste? Fortunately, the results are good, with a subtle minerality and earthiness buttressing notes of lime, vanilla, sea salt, and pepper.

LALO is named after co-founder and maestro tequilero Eduardo “Lalo” González, who happens to be the grandson of Don Julio González, the man responsible for that well-known tequila brand. There is only a blanco available from LALO, which says it uses only three ingredients (and no additives) in its production — Highlands agave, proprietary champagne yeast, and well water. This is an excellent new addition to the world of tequila, a lovely sipping blanco that is full of assertive but balanced notes of grass, citrus, vanilla, and a bit of baking spice. 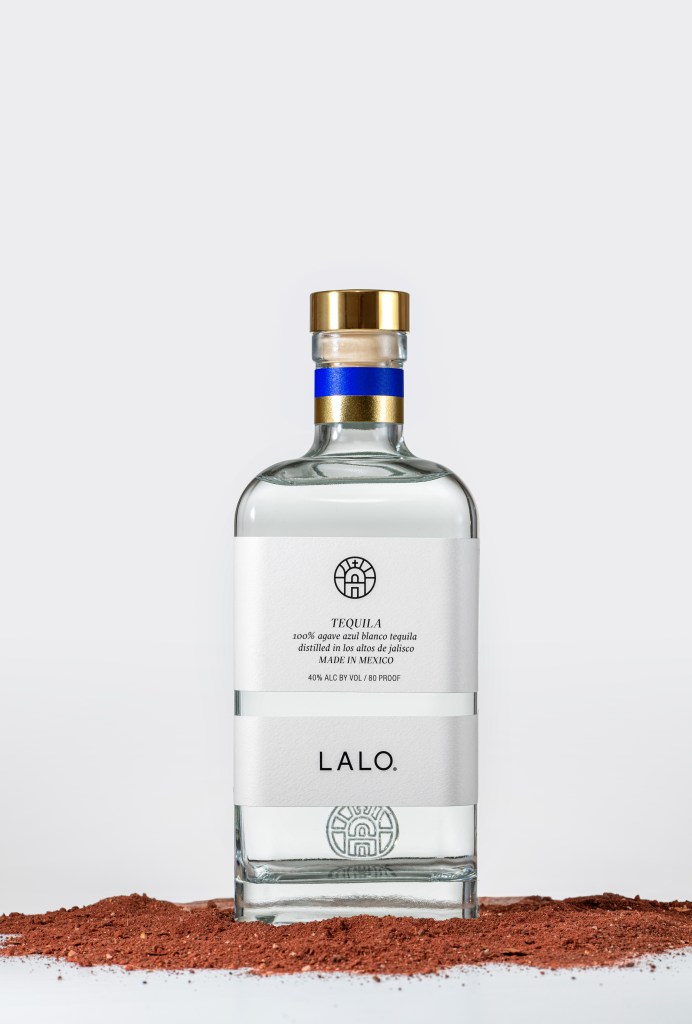 Zarpado is made at the Cavas de Don Max distillery, where just a few other brands are currently being produced. Latitude Beverage is behind this new tequila, which is also the force behind Wheel Horse Whiskey. The blanco is double distilled, and at about $25 per bottle is a fairly priced and tasty new option to hit shelves. Look for notes that balance sweetness, spice, and earthiness in good proportions, and don’t hesitate to make a Margarita with this bottle. 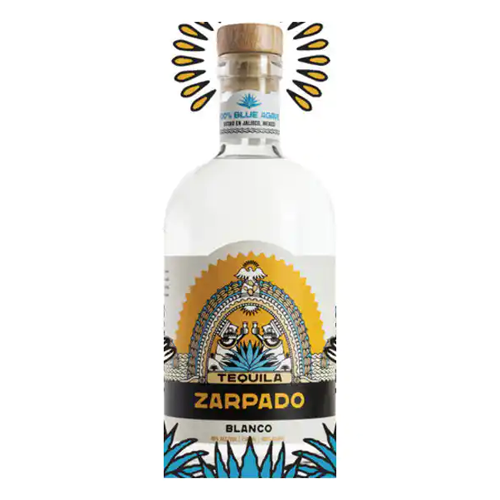 This brand recently unveiled a new look and design, along with the announcement of the backing of Mario Lopez and Oscar De La Hoya who are now partners with Casa Mexico. Don’t let the celebrity endorsement sway you, though, this blanco stands on its own merits. The agave is baked in clay ovens and the tequila is double distilled, resulting in a full-flavored and versatile mixing and sipping blanco with notes of mint, pear, and pepper that is well worth checking out. 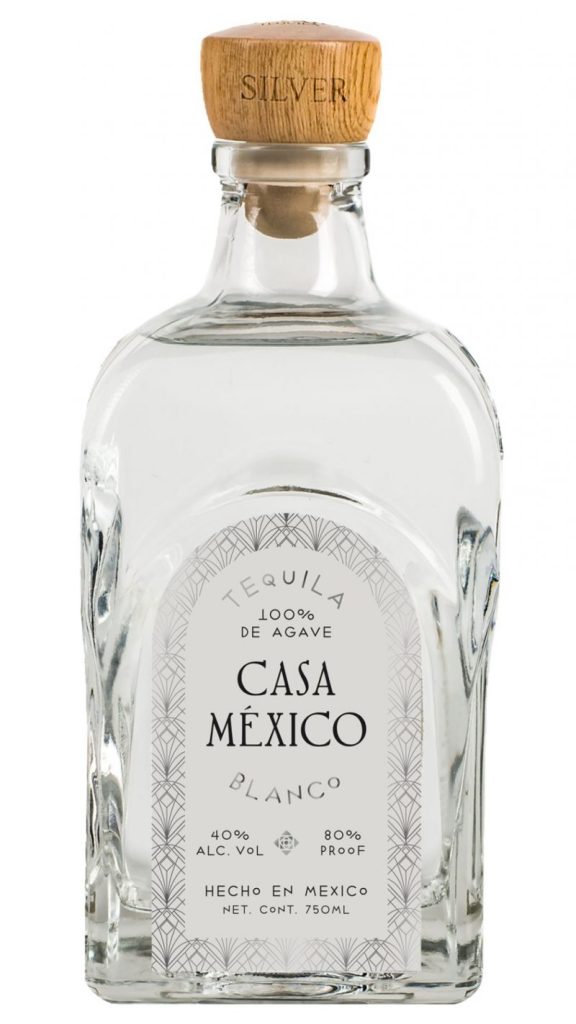