No matter what season, there’s nothing more refreshing than that first ice-cold, bubbly sip of a Cola. But on an especially sweltering day, that sip turns into pure bliss. Even though Coca-Cola’s classic flavor might be the best-selling soda throughout history, they’ve also conjured up some pretty creative takes on that flavor, resulting in even more of a cult following for this addictive beverage brand.

Coke has released some delicious international versions, along with limited-edition releases that are so popular, they’re sometimes impossible to find online due to constantly selling out. While some sodas go too intense or too mild with the flavors, others have an excessive artificial tasting essence or have a weird aftertaste. Cola, on the other hand, never fails to impress. It even passes the dessert test – every flavor tastes incredible in an ice cream float.

If you’re craving that caffeine jolt and familiar flavor with a new and exciting twist, check out the top Coca Cola flavors that you can buy on the internet.

Mexican Cola differs from the original recipe in that it’s sweetened with cane sugar rather than a cheap corn syrup alternative. While the difference is a more health-conscious ingredient list, it’s also much tastier than the American version, according to multiple die-hard fans. Besides the health benefits, there’s something so nostalgic about drinking this beverage from an old-school glass bottle. As one shopper calls it, “the taste of my childhood.” 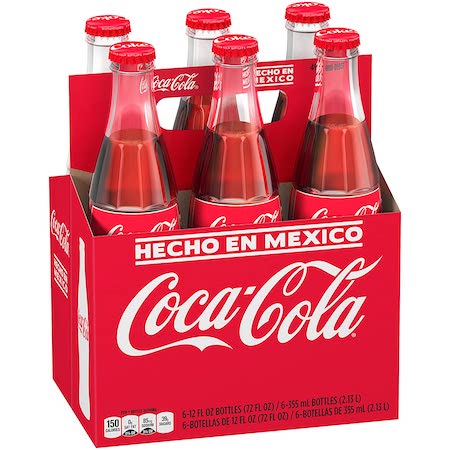 Vanilla Coke will always be a top Coca Cola flavor. Original Coca Cola has always contained notes of caramel, which a vanilla infusion mingled with perfectly. At one point, Coca Cola Vanilla was discontinued but was put back on the shelves due to popular demand. One reviewer has a genius hack for this flavor when it comes to enjoying the drink on a hot day, remarking that “you can put them in the freezer to make the drink slushy.” Since this drink isn’t sold in a can online, you don’t have to worry about a forgotten can exploding. 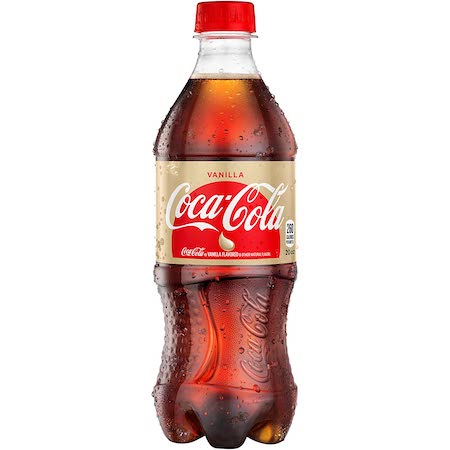 Throughout the pandemic, many soft drink fans have found that Cherry Coke is sold out in multiple locations. That’s why, when there’s a shortage, it can be helpful to check online, where options are more frequently restocked. For those craving that blast of cherry carbonation in their drink, this flavor is a must-buy. One customer who “hunted high and low for this flavor and had given up” was ecstatic when it showed up online. 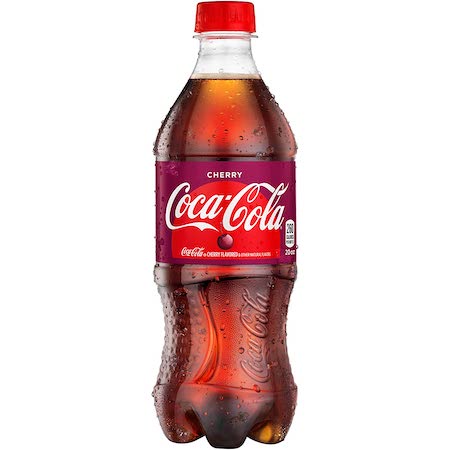 This brilliant fusion drink is like a combination of a Creamsicle and classic Coca-Cola. It’s a tad fruitier than vanilla Coke, but not enough to overwhelm the drink, and many find that it’s the ultimate balance, with one reviewer saying, “this is my favorite flavor.” While many popular products from this brand have been limited-edition releases that are impossible to find in stores and on most websites, their Orange Vanilla variety can still currently be bought on Amazon. 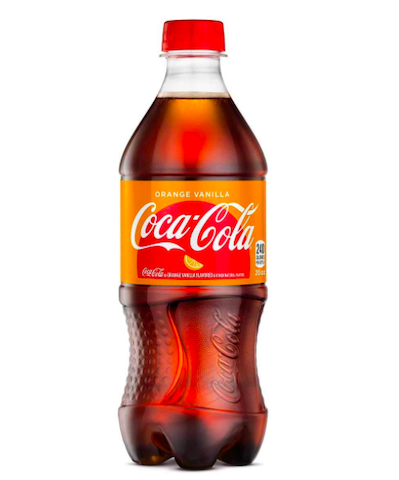 Can’t decide between Cherry Coke and Vanilla Coke? This coveted flavor, which can’t be found in most brick-and-mortar local stores, is available on Amazon, so you can stop searching all over for it. One reviewer calls it a “great spin on Dr. Pepper” while we can definitely see the potential in this as a fragrantly bubbly rum & coke remix that you never knew you needed. 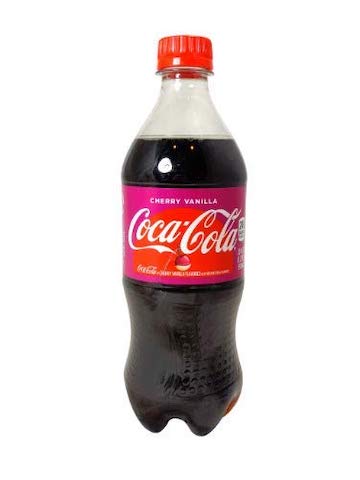 Coca-Cola finally gave people what they were looking for when they released their new coffee-infused soda line, providing you with endless energy thanks to the combination of caffeine, Coca Cola, and coffee. For those that need a caffeinated jolt in the morning but don’t enjoy the taste of a cup of java, this is a luxurious alternative to the bottled Starbucks Frappuccino. This top Coca Cola flavor consists of a dark blend, caramel, and vanilla flavor, which all seem to be a hit. 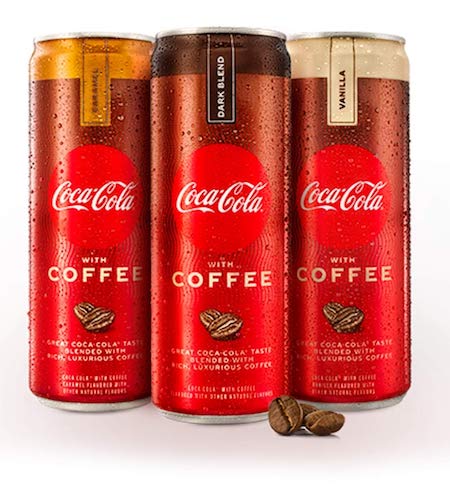 Coke is often served with a wedge of lime, so why not skip that hassle completely and drink a lime-infused version of it? For those worried about an excessive artificial citrus taste, this lime infusion is surprisingly subtle, bringing out the natural flavor of Coca Cola just the right amount. For those that always add lime or lemon to their drinks at restaurants, this is a worthy investment to keep around in your fridge. 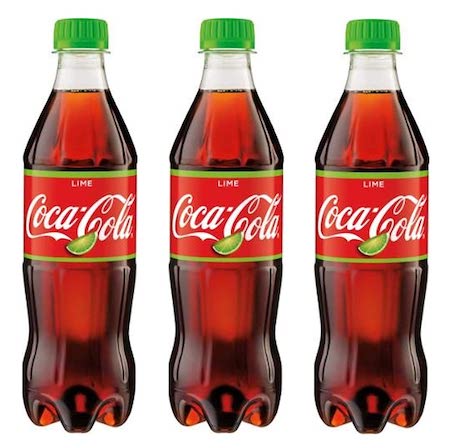 Can’t stand Redbull but need your energy drink fix? Coke came up with a unique solution. Their new energy drinks are the size of a regular Redbull but taste just like your favorite soda. Some people note that the cherry flavor is a little more significant than in the non-energy drink pops, and it’s available in cherry and regular options. Best of all, there are multiple Zero options available for those who can’t consume sugar. 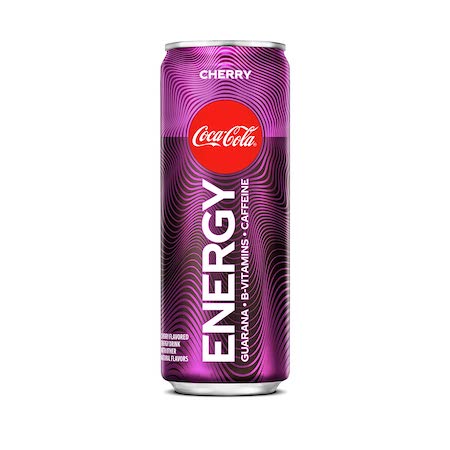 Coca Cola briefly offered a limited edition series of naturally flavored drinks that included raspberry and peach, which can both be bought at this link through third-party sellers. These are some of the most desired (but hard to find) flavors out there, due to their non-artificial taste that one reviewer remarks on: “while I do like the Cherry Coke a lot, it seemed a much more…real flavor than the Cherry Coke has”. 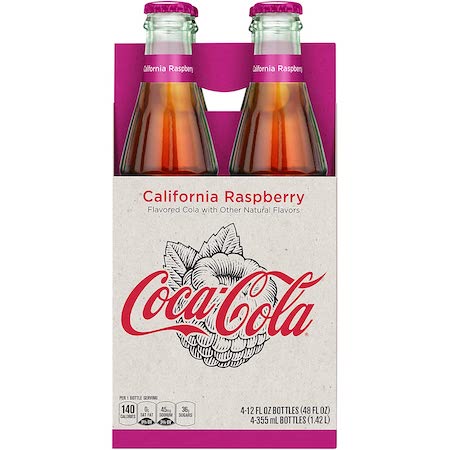 The 12 Best Energy Drinks You Can Order on Amazon