The world of beer can get… well… interesting.

I’m not much of a casual beer drinker myself, but there is something about the weirdest flavor beers that sends me coming. All I want is a sip, you know what I mean? Just to say I’ve tried it. Just to have that extra conversation starter. Just to make my own opinion about something.

I think that’s why, even as a rare beer-drinker, I simply had to attend Pastrytown 2019 in Brooklyn, New York a few years back.

Pastrytown is a yearly event held by Other Half Brewing Co., in which attendees come from far and wide to sip and splurge on sweet stouts, ales and sours from breweries and beer makers around the world. Let’s just say all of the beer there was… unique. From sours reminiscent of Jolly Ranchers to stouts thinking they were chocolate cake to an ale that I’m sure was just liquified Cinnamon Toast Crunch, Pastrytown really delievered on the weirdest beer flavors I’ve ever had in my life.

Since then, I’ve been on the prowl for more.

While I’ve only had sweet beers since Pastrytown, I accidentally went into an internet deep dive to find the weirdest flavor beers in the world I can add to my weird beer bucket list. The results are truly nuts. Some don’t even feel legal. Nonetheless, these are some of the best new beers to add to your fridge this year without a doubt.

Without further ado, check out some of the weirdest flavor beers and even some of the strongest beers I was able to find online. And, yes, these beers are all very real, even if they aren’t readily available for sale online.

To start us off, I wanted to include Other Half Brewing Co. since I’m already familiar with some of the beer I tried from them in 2019. One thing to note about Other Half is that they pop their Brooklyn-brewed beers out like pregnant rabbits. For real, they’ve created hundreds upon hundreds of strange beers at this point and there is no way they’re stopping any time soon.

Here’s something the majority of beer and dessert lovers can agree upon: Magic Dips Chocolate Dipped Strawberry Ice Cream, a thick and sweet bottled imperial stour with a 15.4% ABV. It has a creamy consistency that well mixes strawberries and cacao nibs together to create a tasty beer you truly won’t want too much of. This is the kind of beer you share with a buddy to test out — one bottle by yourself and you might get a sugar high.

While this might not be one of the strangest beers Other Half Brewing Co. has to offer, it’s definitely one of their most approachable. 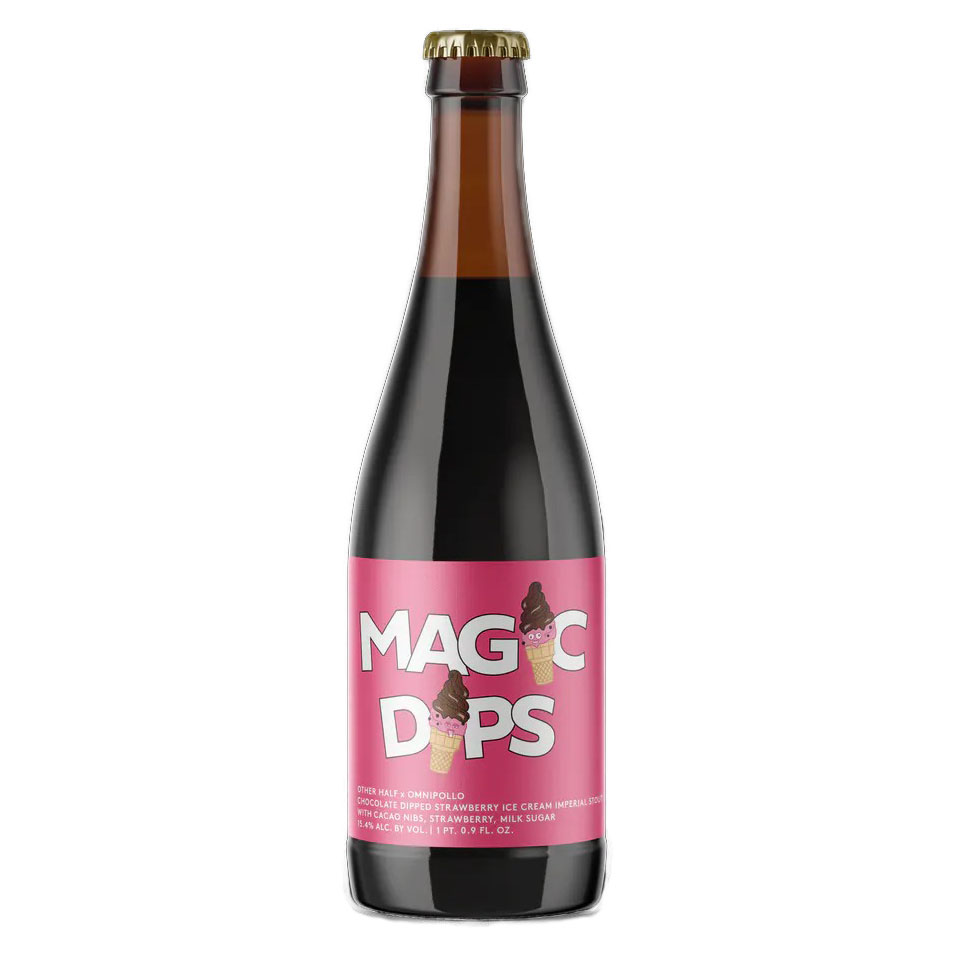 Courtesy of Other Half Brewing Co.

Alright, it’s time to get a little weird. Evil Twin doesn’t shy away from creating a wild beer-drinking experience they won’t promise you’ll love but one you’ll absolutely remember. I was first introduced to this New York City-based brewing company after hearing about their Big Ass Money Stout from a friend, a collaboration Evil Twin did with Norwegian brewery Lervig Aktiebryggeri that made beer with frozen Hawaiian pizza and actual Norwegian banknotes. Yeah, I’m serious.

I don’t think Big Ass Money is available anymore (for probably some obvious reasons), but I did want to put something else from the brewer on your radar — Evil Twin’s Spicy Nachos. This 5.5% ABV pale ale tastes exactly what it sounds like, a big, heaping plate of spicy nachos. Reviewers say the contents are a cloudy, piss-like golden yellow with no transparency. It has a heavy jalapeno smell with some mango hidden in there as well, but is very jalapeno-y upon the first gulp. It’s interesting yet overwhelming and sounds like the kind of beer you’re going to continue to taste hours after drinking it.

Unfortunately, this limited-edition Evil Twin Brewing beer has been retired. If you’re feeling adventurous, you can still find unique flavored beer from this brewery such as Biscotti Break, an imperial stout, and Key Lime Pie, a sour IPA. 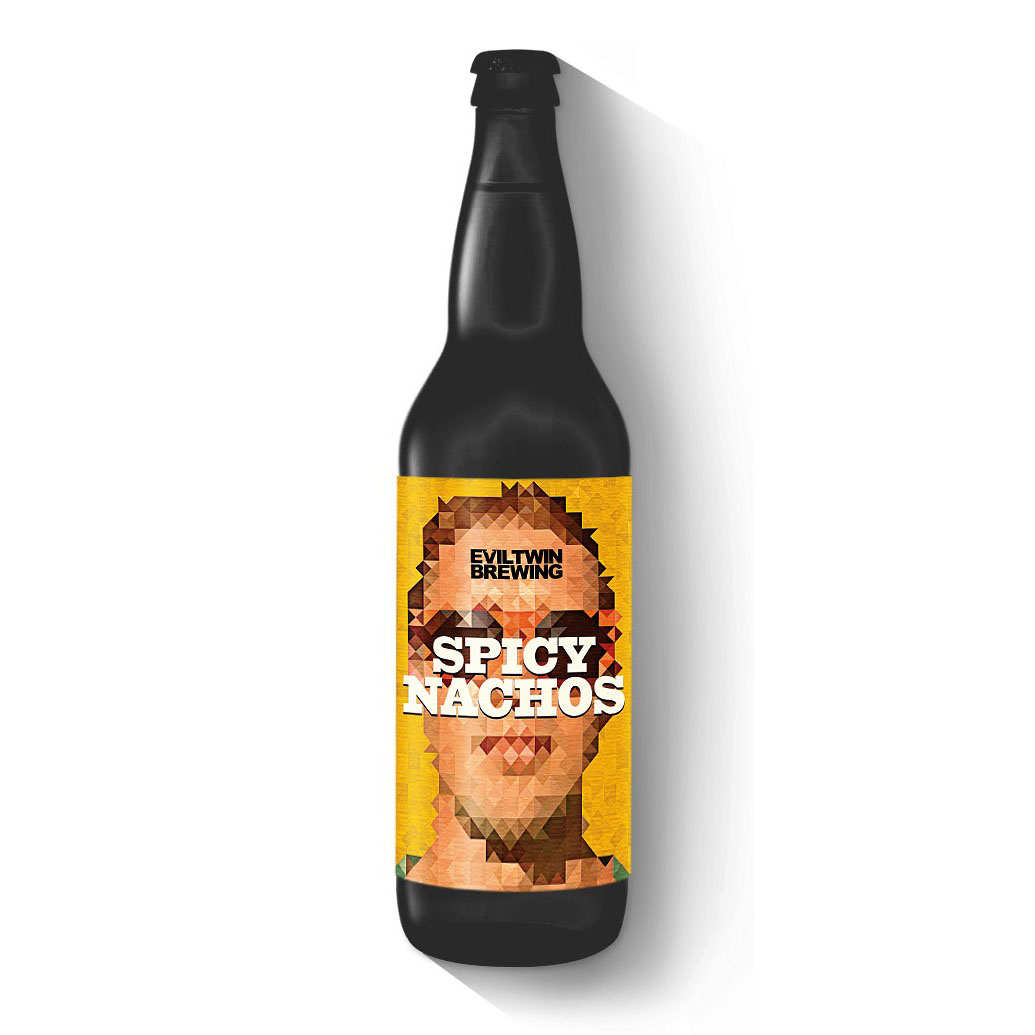 Yeah, you read that right. Porterhouse Oyster Stout is made from none other than a shit-ton of oysters. So, yeah, it’s not so suitable for those of you out there with vegetarian or vegan lifestyles. Those of you with a shellfish allergy? Forget about it.

Porterhouse Oyster Stout is a 5.2% ABV stout brewed in Dublin’s Porterhouse Brewery. It pours pitch-black in color which comes off a little threatening given what it is and has a surprising chocolatey smell to it. With a hint of Irish Sea. Also surprisingly, the taste kind of follows what your nose gets with a chocolatey, coffee-like flavor that ends only slightly sea-like. Reviewers say it is quite enjoyable, and if you’re lucky, Porterhouse Oyster Stout is sold on tap around a lot of bars in the United States. 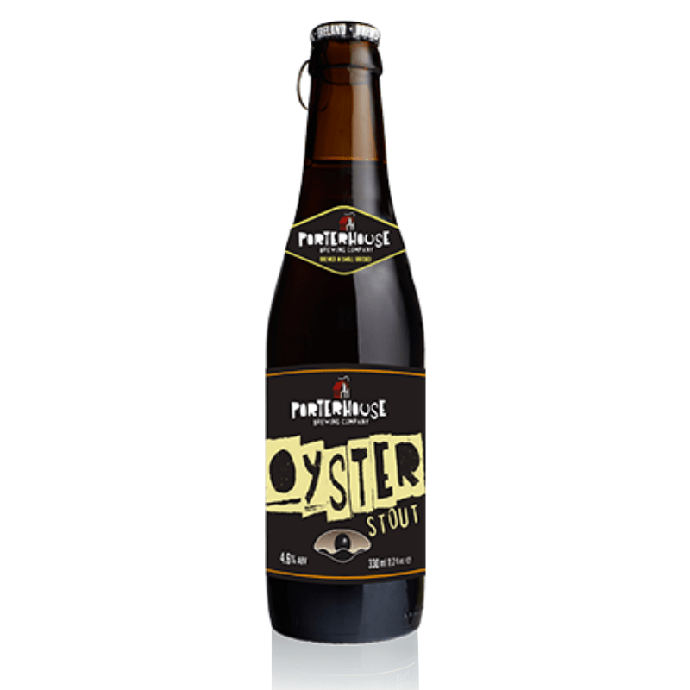 Before you ask, no, Snake Venom is not made with actual snake venom — but it might as well be. Currently, Snake Venom is one of the weirdest beers on the planet, but not for its flavor. Why then? It’s the strongest fortified beer in the entire world. Coming in at a tremendously fucked up ABV of 67.5%, one of these is enough to last an entire weekend.

For those of you unfamiliar with ABVs, note that most light beers (like Coors Light and Bud Light) come in at around 5%-ish percent alcohol. Spirits like vodka and tequila come in normally around 40% ABV most of the time, so for a beer to have a 67.5% ABV is monstrous. It contains so much alcohol that it is barely even carbonated. Like, the beer can’t even hold the bubbles. If you’re in the United States, it’s going to be harder to get your hands on this bottle, but if you find yourself living in the UK, you might have some better luck. 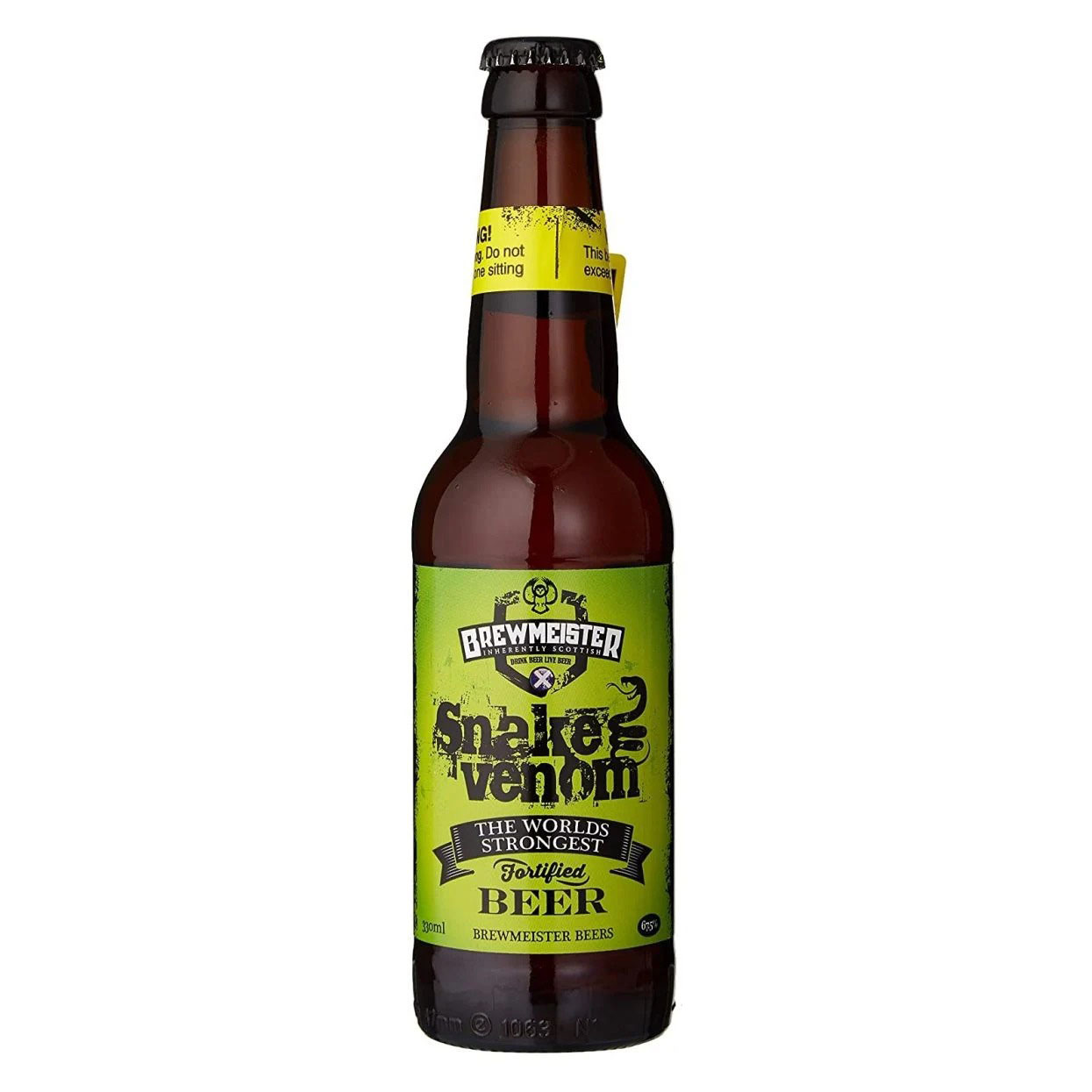 I absolutely hate that I would give my left leg to try this. Not my right one. Too many tattoos I spent too much money on located on that one. Left is fine. Fort Werth’s Martin House Brewing changed the weirdest flavor beer game tremendously with the sour of the century: Fiery Crunchy Cheesie Bois, made from none other than Flamin’ Hot Cheetos. 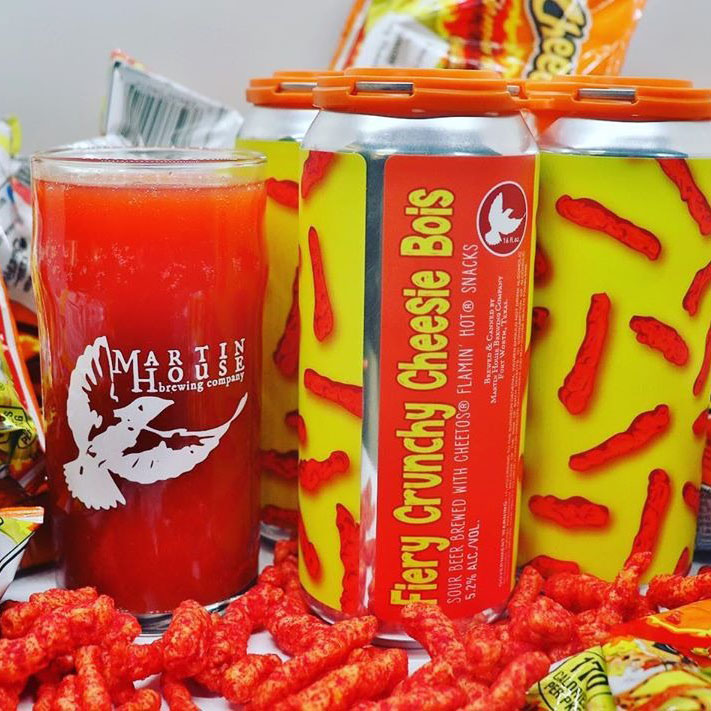 I don’t know how to tell you this, especially if you just watched Seaspiracy like me. But, I’m going to say it anyway. Hvalur 2 is made of none other than… whale testicle. Excuse me while I gag.

As one of the most controversial beers in the entire world, Icelandic brewing company Brugghús Steðja has been around since 2012 and has a number of interesting beers to try from, with Hvalur 2 clearly being their most popular. To create this 5.2% ABV beer, brewers use the freshest Icelandic water, berry hops, barley and, you guessed it, sheep-shit smoked whale testicle. As if it couldn’t get any worse than just a regular whale testicle. They had to smoke it in sheep shit.

This beer is banned in a boatload of countries, so it’s pretty hard to get your hands on. We suggest that next time you’re waltzing around Iceland and happen to pass by Brugghús Steðja, take a step in and sip for yourself. 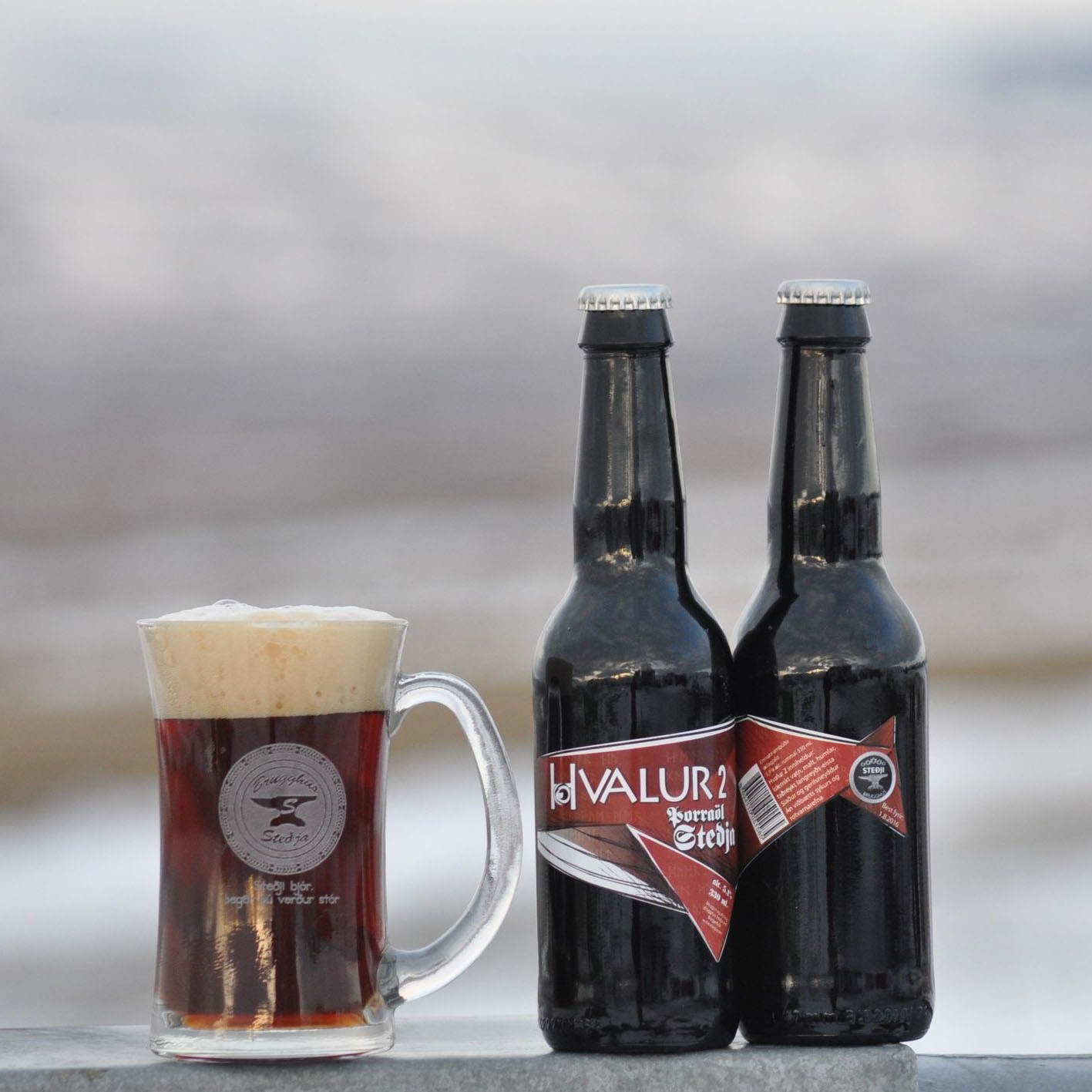