There are two trends we’ve been seeing a lot in the world of spirits over the past few years — celebrity liquor brands and whiskey produced at MGP being released under different names.

We’ll tackle the latter point first. MGP is an historic distillery located in Indiana and is the source of so much whiskey, particularly rye, that you come across on shelves – Bulleit Rye, Redemption, Templeton, Belle Meade, and Sagamore Spirit are just a few you have probably seen or tried before. This used to be something that brands didn’t openly discuss, but that has changed a lot over the past few years, and for good reason. Sourcing whiskey is a practice that has been around forever, and MGP really knows what it’s doing and the whiskey it distills and matures is usually quite good. Brands can either come in and select barrels or have their whiskey contract-distilled at MGP; either way, the results are reliable and frequently better than other potential sources.

Now, for the celebrity factor. Tequila seems to be the hot category at the moment, with new brands backed by The Rock, LeBron James, and Michael Jordan hitting the market, but famous people have dipped their toes into the whiskey world as well. The latest release is Brother’s Bond Bourbon, created by Vampire Diaries actors Ian Somerhalder and Paul Wesley. The two bonded over their shared love of bourbon while that show was being filmed, and decided to collaborate on their own whiskey brand. 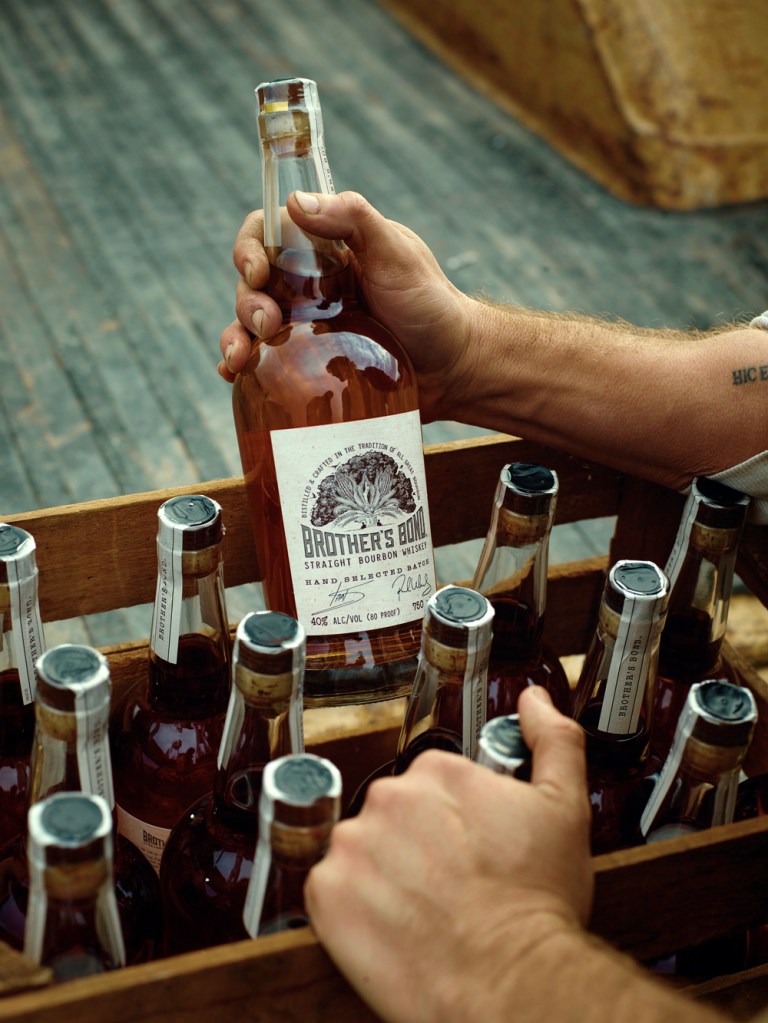 MGP was the obvious choice for supplying the juice, although other distilleries contract distill as well, and the pair finally settled on a four-grain recipe. The entire mash bill is undisclosed, but it does contain 65% corn and 22% rye, which puts this in the “high rye” bourbon category (the remaining grains are wheat and barley). The bourbon is aged for at least four years in char #4 barrels topped off with char #2 heads (this refers to the level to which the wood is charred, #4 being the deepest, also referred to as “alligator char.”)

Brother’s Bond Bourbon is a good whiskey, even if it is a bit younger than other bottles priced similarly. It’s a light amber color, with notes of honey and sweet corn on the nose. The palate is a bit spicy from the high percentage of rye, and slightly raw at just over four years old, but the flavors of vanilla, caramel, orange, and a little popcorn are well balanced. It would be nice to try this at a higher proof than 80, but it doesn’t feel thin or less flavorful given the ABV. I tried this in an Old Fashioned, and it worked wonderfully, with the citrus and fruit notes becoming amplified by the addition of bitters and orange peel. Mixing is encouraged here, and a slew of recipes are featured on the website, from a Bourbon Mule to a Hot Toddy to a Mint Julep. There’s also a version of an Old Fashioned called the Brother’s Fashioned that adds amaro to the mix.

A portion of the proceeds from the bourbon’s sales will go to “support regenerative farming practices,” according to a statement on the website, to combat climate change while ensuring the future of sustainable farming practices. The initial run of Brother’s Bond sold out during its pre-order run, but it will be made more widely available beginning May 1 in at online retailers, starting with a few states and becoming available everywhere by September. 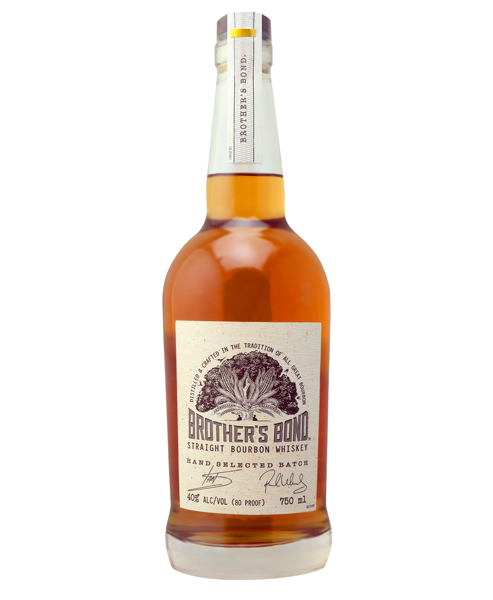