There’s a lot of whisky coming out of the Glenmorangie Distillery in the Highland region of Scotland, and much of it is quite good. Whisky fans sometimes overlook the core 10-year-old expression (The Original), but for the price (usually around $40) it really is an exceptional single malt with rich flavor, a nice dollop of vanilla and honey on the palate, and some light spice on the finish. It’s not flashy, but that’s not the point — this is a dependable, affordable single malt. Of course, the lineup just expands from there, with some interesting cask finishes, older age statements, experiments with barley, and even a new whisky meant for cocktails.

The new A Tale of Winter bottle fits right into this spirit of innovation, and it’s a lovely dram for a cold winter’s night. If you love fine Scotch whisky or flavorful bourbon, then you’ll appreciate the unique flavors in this limited-edition bottle. 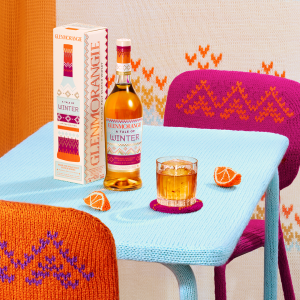 Dr. Bill Lumsden has a pretty lofty title: Director of Distilling, Whisky Creation and Whisky Stocks at Glenmorangie (he also oversees work at sister distillery Ardbeg on Islay, which makes heavily peated scotch whisky). The main part of that job entails coming up with new whisky releases, and that can mean there are some misses as well as hits. For the most part, Glenmorangie’s special releases fall into the latter category, including this new single malt.

Glenmorangie A Tale of Winter is a 13-year-old Scotch whisky that was finished in marsala wine casks from Sicily. The color is a deep copper orange, and the nose reveals notes of honey, apricot jam, and a bit of cinnamon. Orange marmalade, baked apple, and vanilla custard explode on the palate, with a slightly spicy finish that doesn’t bring much heat to the tongue. This is a lovely sipper, but I’m intrigued by the suggestion of using this in a cocktail called the Winter Old Fashioned — basically a traditional Old Fashioned made with A Tale of Winter. 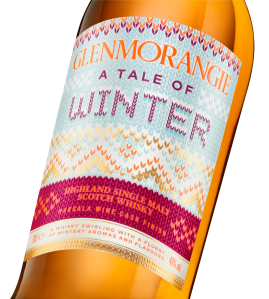 Now it’s worth noting that you are going to pay over $100 for a bottle of A Tale of Winter, and there are several high-quality cask-finished single malts from Glenmorangie that you can find for half as much, like Quinta Ruban (port) or Lasanta (sherry). Of course, those are entirely different cask finishes, and the whisky is therefore a completely different animal. This marsala finish is indeed something special, but stick to some of these others if you don’t want to throw down a C-note on a bottle, or at least consider starting with these other expressions if you’re new to Glenmorangie. But if you find yourself making your way to A Tale of Winter, regardless of whether you are new to the whisky or not, you won’t be disappointed by this interesting, complex, and innovative new expression.

Where Can You Buy Glenmorangie A Tale of Winter?

Unlike our previous pick for Whiskey of the Week, the hard-to-find Angel’s Envy Cask Strength 2021 bottle, the new Glenmorangie A Tale of Winter is easier to come by, although it does carry a hefty price tag. We were able to find this winter Scotch for sale at all of our favorite online alcohol retailers including Flaviar, Reserve Bar and Drizly. If you don’t want to wait, go with the latter option. You could be drinking this Scotch whisky in a matter of hours.

Glenmorangie A Tale of Winter (Drizly)

Glenmorangie A Tale of Winter (Flaviar)

Get More Spirits, Style & Grooming Tips from SPY on Instagram…