WhistlePig is a distillery known for bottling and distilling premium rye whiskey that is often finished in different cask types, and not usually associated with Irish whiskey. And there’s a reason for that – WhistlePig is in Vermont, not Ireland. But that perception is set to change with the launch of Limavady Single Barrel Irish Whiskey here in the US. Of course, the whiskey isn’t distilled at WhistlePig, it’s made in Ireland and bottled under this historic brand name that has been revived more than 250 years after it first appeared. Esteemed master distiller Darryl McNally is behind the whiskey, and this partnership with WhistlePig means that the Vermont distillery will manage bottling and distribution stateside. 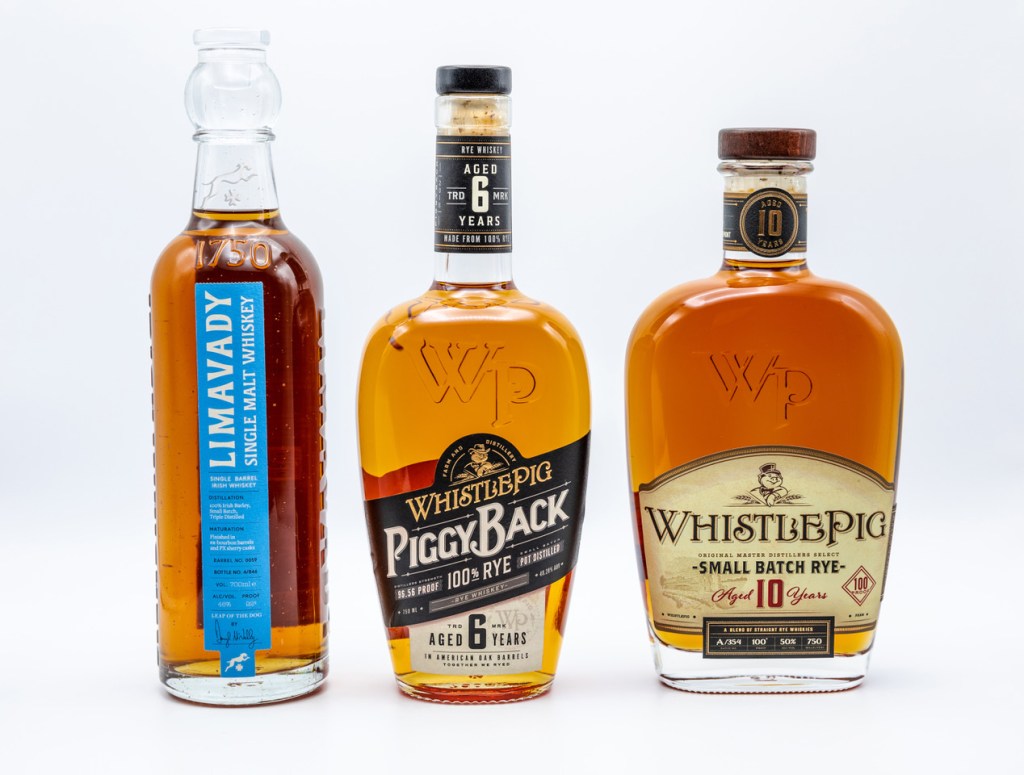 The whiskey itself is a single cask single malt Irish whiskey. That means that each bottle comes from just one cask, instead of a blend of tens or even hundreds of different barrels as is usually the case in any whiskey release. It’s made from a mash bill of 100 percent Irish barley, distilled in a copper pot still, aged in ex-bourbon casks, and then finished in PX sherry butts. This is a lovely whiskey, with classic notes of fruit and vanilla that you have likely experienced in other Irish whiskeys, all complemented by a range of dried fruit, spice, and caramel notes from the sherry cask finish. You’ll probably want to reserve this whiskey for sipping instead of mixing, but go ahead and mix up a Tipperary or something else if you are so inclined.

“Making whiskey has never just been a job, it’s my passion,” said McNally in a prepared statement. “When I started researching the history of the Limavady distillery and traced my family roots back to realize that we were a part of it, that was it, I knew there was only one way forward… This brand is my masterpiece, the one that I have dreamed of making my entire life.”

The timing seems right for this release, as the Irish whiskey category continues to expand in the US and indeed worldwide. For years, Jameson and Bushmills were the only whiskeys from the Emerald Isle that most people were even aware of, but that’s all changed with the introduction of smaller distilleries like Teeling and Dublin LIberties onto the scene, as well as innovative new products from the aforementioned brands and other giants of the Irish whiskey industry. And who knows what this might mean for future collaborations between WhistlePig and Limavady, as the opportunity for experiments like a rye whiskey finished in Irish whiskey casks could be right around the corner.

Limavady is priced at $53.99 a bottle and can be found at online retailers such as Flaviar.

The Best Irish Whiskey To Try