A few years ago, Vermont distillery WhistlePig began bottling the whiskey it was distilling onsite under its FarmStock label. These releases were blends of young rye whiskey made from grains grown in fields around the distillery along with sourced rye, which is the bread and butter of the brand – the rye whiskey in the age statement bottles is sourced from Canada and MGP in Indiana, with some of it getting a secondary maturation in onsite warehouses. While I generally am a fan of WhistlePig, I didn’t think FarmStock was the distillery’s finest release. To be fair, it has been a work in progress, with the house-distilled whiskey getting progressively older and the percentage of said whiskey increasing with each release. 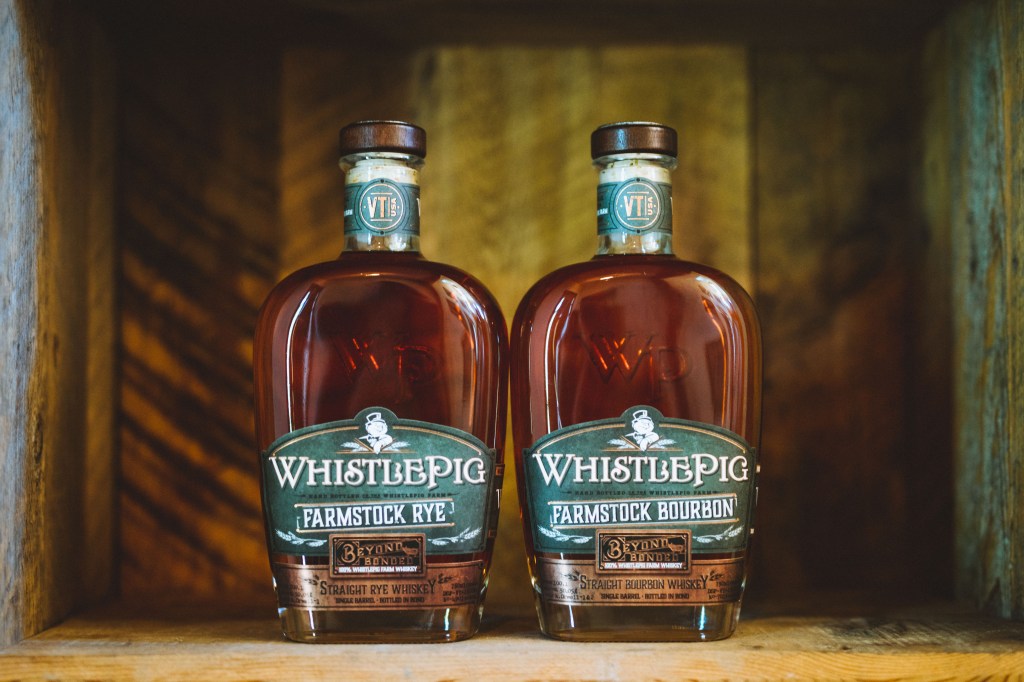 This brings us to these two new single-barrel whiskeys, FarmStock Beyond Bonded Bourbon and Rye, which have been a little bit polarizing in the whiskey world. Firstly, both of these whiskeys are 100 percent produced in Vermont in very limited quantities – just 24 barrels of rye and 16 barrels of bourbon were dumped for the inaugural release. For those who love to dabble in the minutia of whiskey production, here are the details. The rye is made from 100 percent Remington rye harvested from the North Orwell 1 field of the farm. The bourbon is made from a mash bill of 51% Dent corn and 49% Remington and Rifle rye from the North Orwell 1 and North Orwell 2 fields. Both were distilled onsite and aged for at least four years in Vermont oak barrels. Each bottle has a QR code that allows you to trace its history. 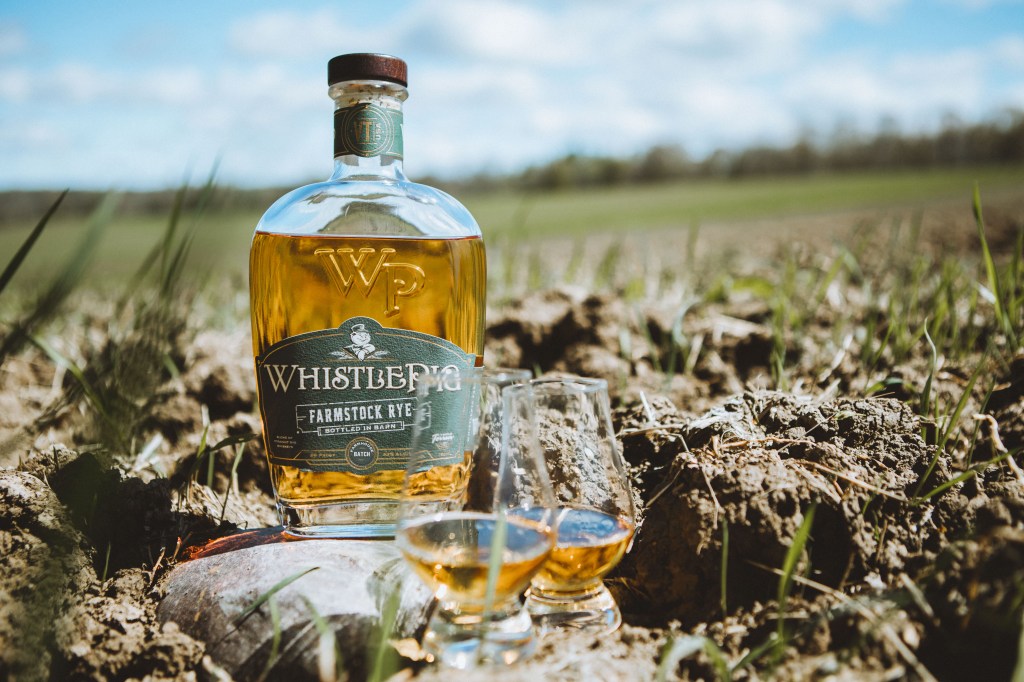 Now I have to address the “Beyond Bonded” label. I’m not exactly sure what the point of this was, as the bottled-in-bond designation has strict guidelines – most importantly, the whiskey is at least four years old, comes from one distillery and one distilling season, and is bottled at 100 proof. Beyond Bonded meets the first two qualifications, but it’s bottled at 100.1 proof, or just “beyond bonded.” I get the point, but maybe it would have been wise to just steer clear of the bottled-in-bond label completely unless your whiskey is actually bottled-in-bond. Which this is not, and arguably the distillery makes that clear by saying it’s beyond bonded. But let’s move on from this circular discussion to the most important thing, as always, which is how the whiskey actually tastes.

Let’s start with the bourbon, which is a different direction from the rye whiskey the distillery usually bottles. On the nose, it’s sweet and grainy, with a nice amber color in the glass. The palate is full of vanilla and fruit notes, and is underscored with flavors of toasted oak and caramel that often define a young whiskey. Another year or two in the barrel and I think this bourbon will be more balanced, but as it stands this is an interesting if slightly immature whiskey. The rye is the better of the two. It is young as well, but the spice, stone fruit, and honey notes on the palate make this one shine. This might be an expensive bottle to consider using in a cocktail, but I would imagine a Manhattan would welcome this whiskey. 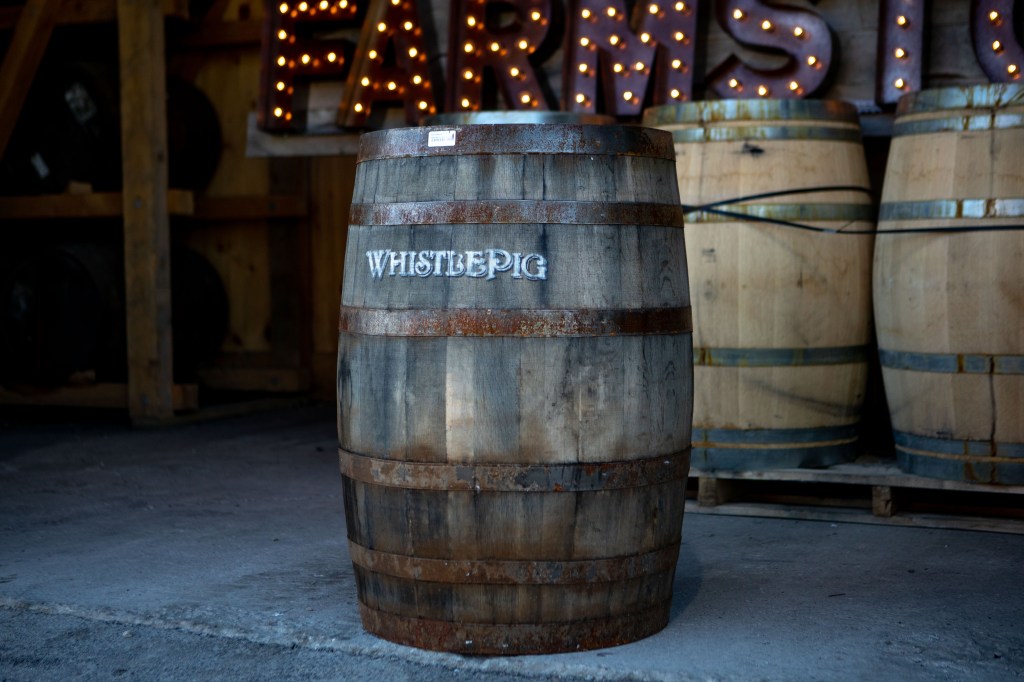 So yeah, perhaps calling this whiskey Beyond Bonded was a minor misstep, but judging by the price at which these whiskeys are going for at online retailers maybe it doesn’t really matter – people seem to want to try these. Overall, I’m excited to see the journey WhistlePig is on as it continues to produce its own whiskeys from grain to glass. The core lineup of sourced rye will continue on unchanged, but fans of the distillery, and people who enjoy whiskey in general, should give these bottles a try and see what you think for yourself.

You can find WhistlePig FarmStock Beyond Bonded online (for a few hundred dollars more than the SRP) at Cask Cartel. You can also look for a WhistlePig retailer with the distillery’s store locator.

The Best Irish Whiskey To Try in 2021