Call me a self-proclaimed White Claw connoisseur. Because I am.

I’ve been sipping the best spiked seltzers since the second they hit shelves a few years back. Since then, I’ve tried just about every one of the most popular hard seltzers you can purchase at your local liquor store and have come to the conclusion that I’m 100% dedicated to White Claw. It’s literally the only hard seltzer I will buy.

I’ve tried them all. Each variety pack (the OG is still the best), both Surge flavors and even their new Passion Fruit flavor that recently threw Mango to the side in variety pack number two.

So, I was absolutely flabbergasted this past weekend when I stumbled upon White Claw Surf in a South Carolina liquor store. I thought my eyes were tricking me, as these new cans weren’t supposed to be officially released. I don’t think they were supposed to be on the shelves quite yet, but I didn’t ask questions. I practically threw my wallet at the woman behind the cash register.

This new variety pack (officially launched today, March 14) essentially marks the largest news since White Claw was originally launched. White Claw Surf is considered a “breakthrough new idea that combines full flavors with sensational refreshment and the incredible sessionability expected from White Claw,” says John Shea, Chief Marketing Officer, White Claw in a press release regarding White Claw Surf. “It is our next exciting addition and something completely new and different in the world of seltzer.”

I taste-tested all four of the new White Claw flavors, and my taste buds found that this was a definite mixed bag. Keep reading for my full review of White Claw Surf and tasting notes on each of the flavors. 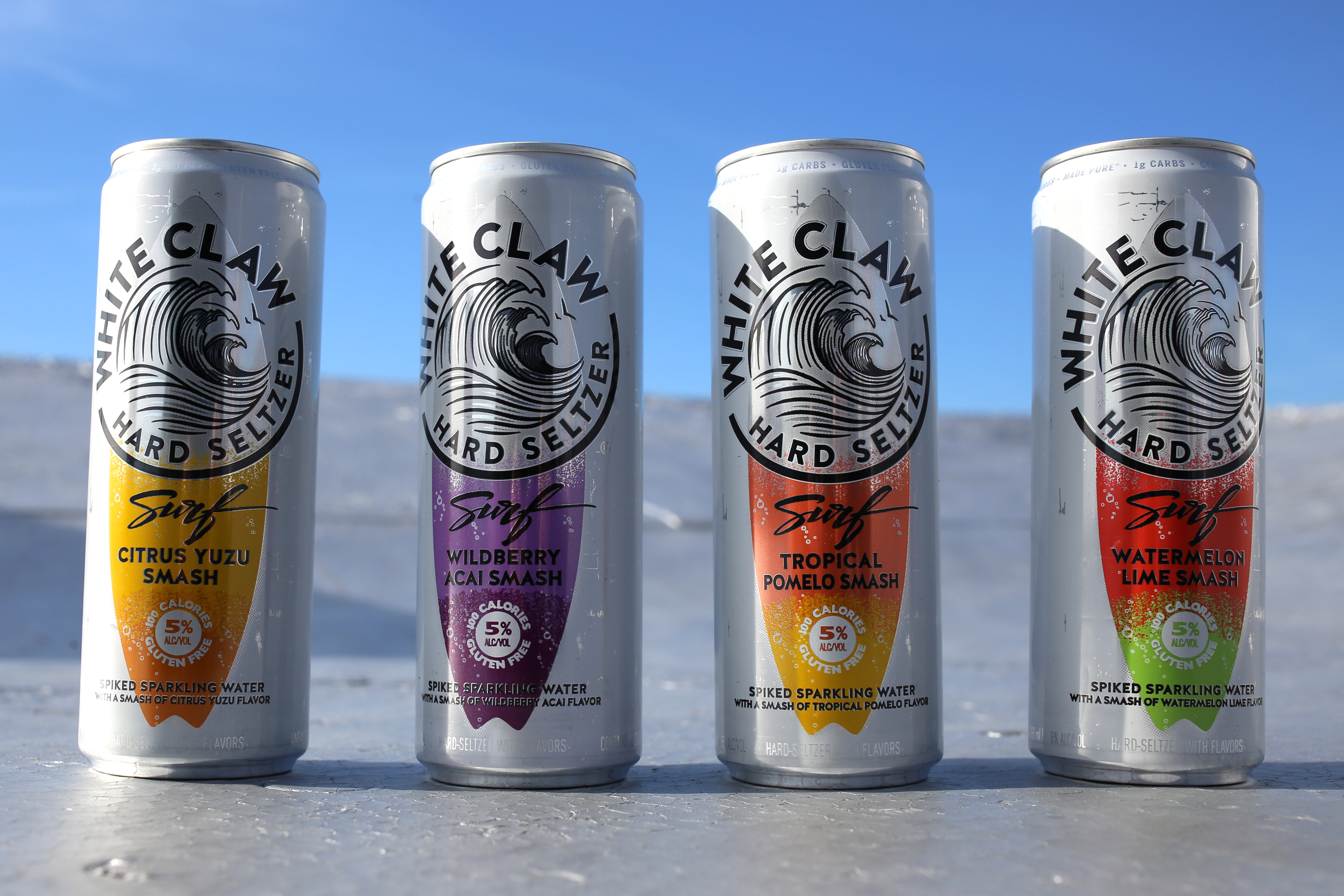 But, here’s one of the most important questions: what are the new flavors?

This pack contains four new exotic flavors packed into a classic White Claw 12-pack. So, as per usual, expect three of each. In addition, each is 5% ABV.

These are combinations and flavors we’ve traditionally never seen in hard seltzer flavors before, making these a pivotal movement in the world of hard seltzers. Seriously, this pack is most definitely going to start a trend in hard seltzers going forward.

But, are they good?

To keep it short and sweet, I was both elated and extremely disappointed with my experience sipping the White Claw Surf flavors.

I started with what I thought would be the worst flavor: the Watermelon Lime Smash. 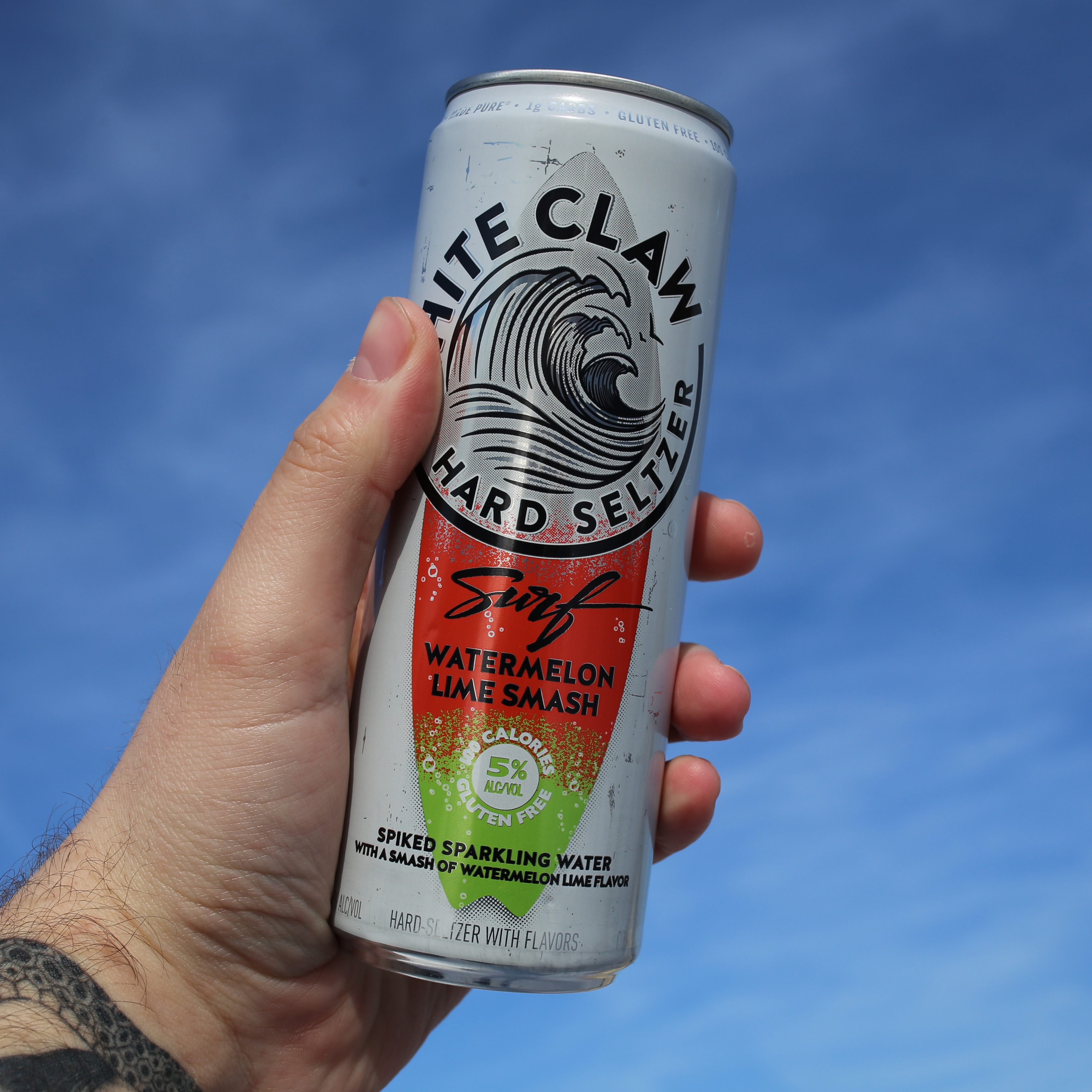 This is more personal, but I’m not much of a fan of watermelon flavoring, so I only assumed it wouldn’t be my go-to. The flavor profile was extremely sour, almost reminiscent of a sour watermelon Jolly Rancher.

It didn’t have that refreshing smack in the face I typically get when I sip a White Claw, which was definitely disappointing. Instead, I found myself milking this one for the fact that it was difficult to get through. It wasn’t necessarily bad, it was just a little artificial and candy-like in terms of where my standards are set with White Claw. 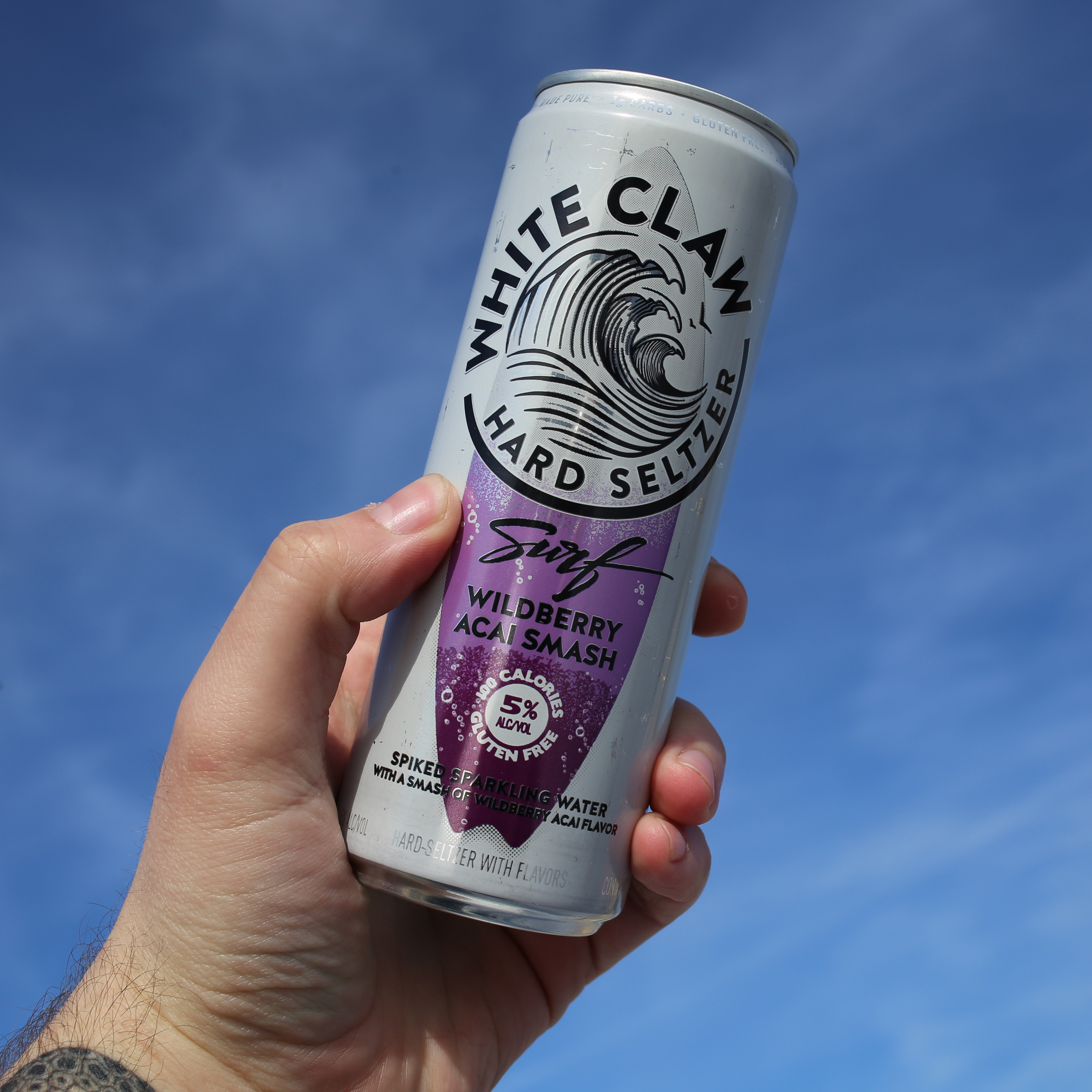 Next up, I pulled out the Wildberry Acai Smash, one I was incredibly excited to try. I’m a big acai bowl guy and I’ve never seen the berry done in a seltzer before, so this was right up my alley.

The conclusion? Wildberry Acai Smash is the worst White Claw I’ve ever had the experience of tasting. Absolutely atrocious. I actually recorded my reaction to that one in particular and my face really says it all. 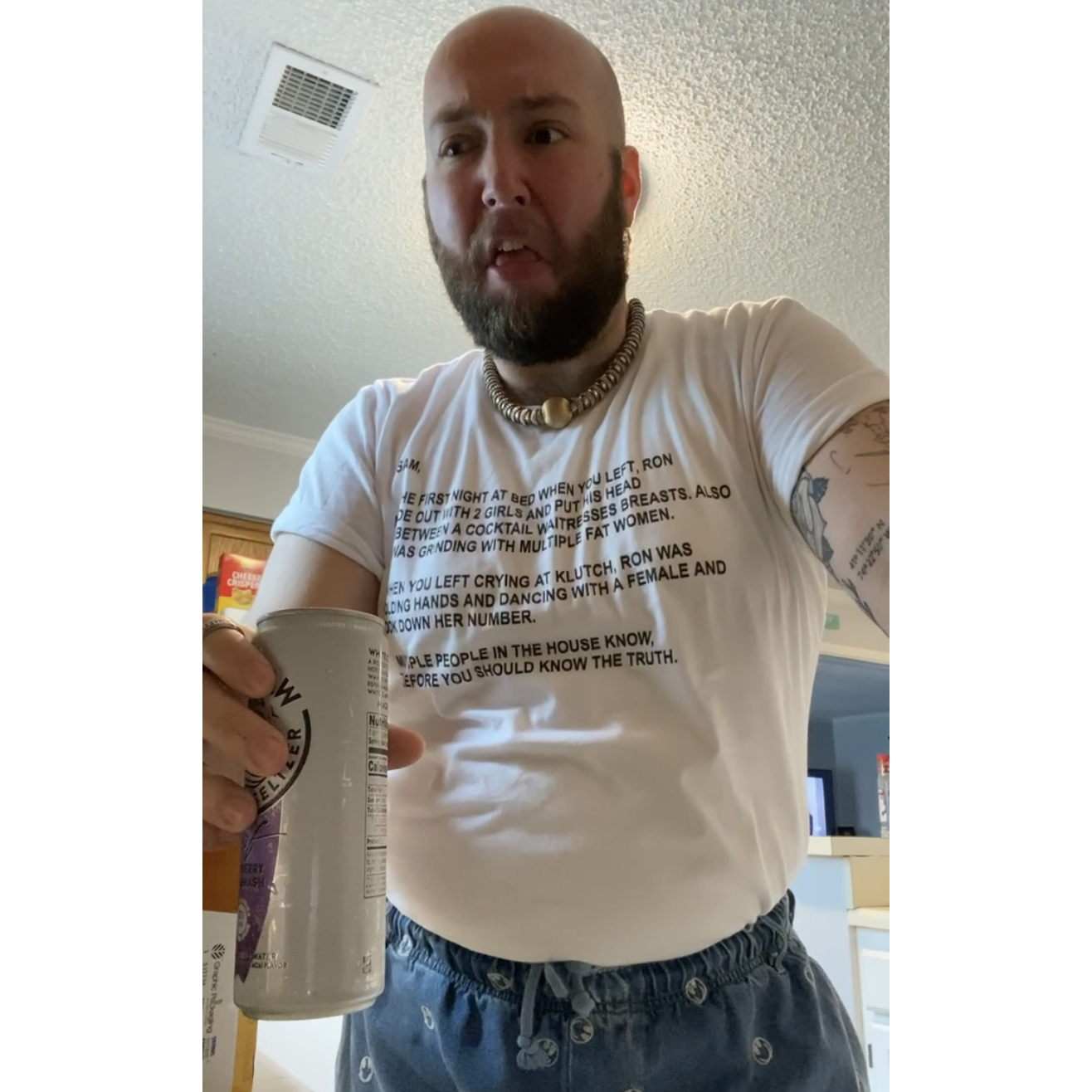 It almost tasted like a vegetable pulled straight from the ground with a hint of artificial berry. The consistency wasn’t fizzy at all, which is something I’d consider quintessential White Claw. It was simply a huge bummer and made me question what the hell the White Claw team was considering upon releasing this flavor. Definitely shouldn’t have passed rounds in my opinion. 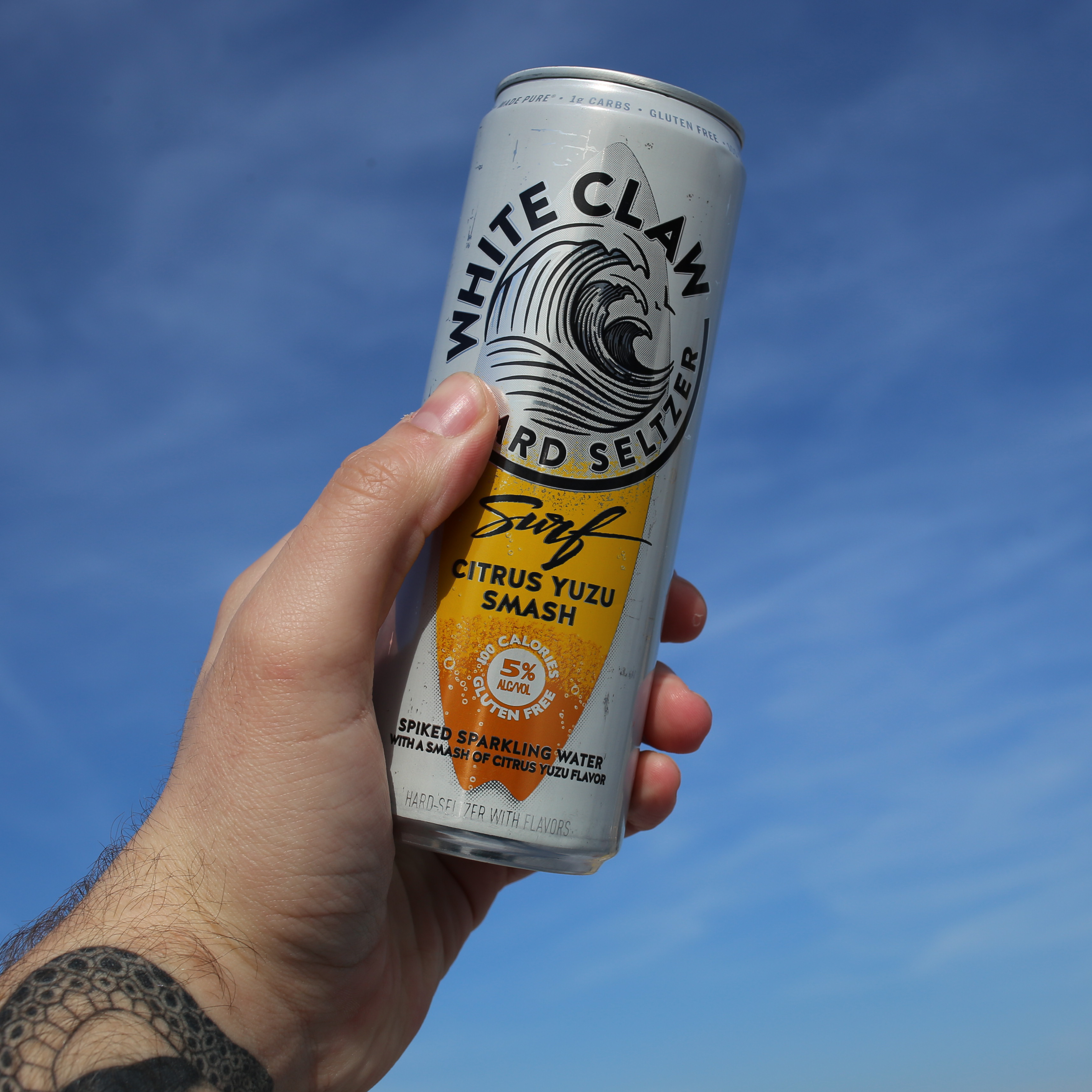 At this point, I was feeling pretty defeated. I had hyped this variety pack up so much in my head and everything was stabbing me in the back. I felt like an untrained MMA fighter up against Conor McGregor. Was I going to make it out of this alive?

That’s when Citrus Yuzu Smash saved the day. I was bombed with a deliciously refreshing flavor profile I’d never had the experience of trying prior and came to the conclusion that for me, personally, Citrus Yuzu Smash is going to be the drink of my summer 2022.

It’s a hard flavor to pinpoint, but it’s exceptionally juicy and exotic. It’s heavily citrus-based, making it the ultimate tongue-smacking “ah” right after the first sip kind of beverage. It’s funny because just as much as this variety pack offers the worst flavor in White Claw history, it also boasts one of the best in Citrus Yuzu Smash. 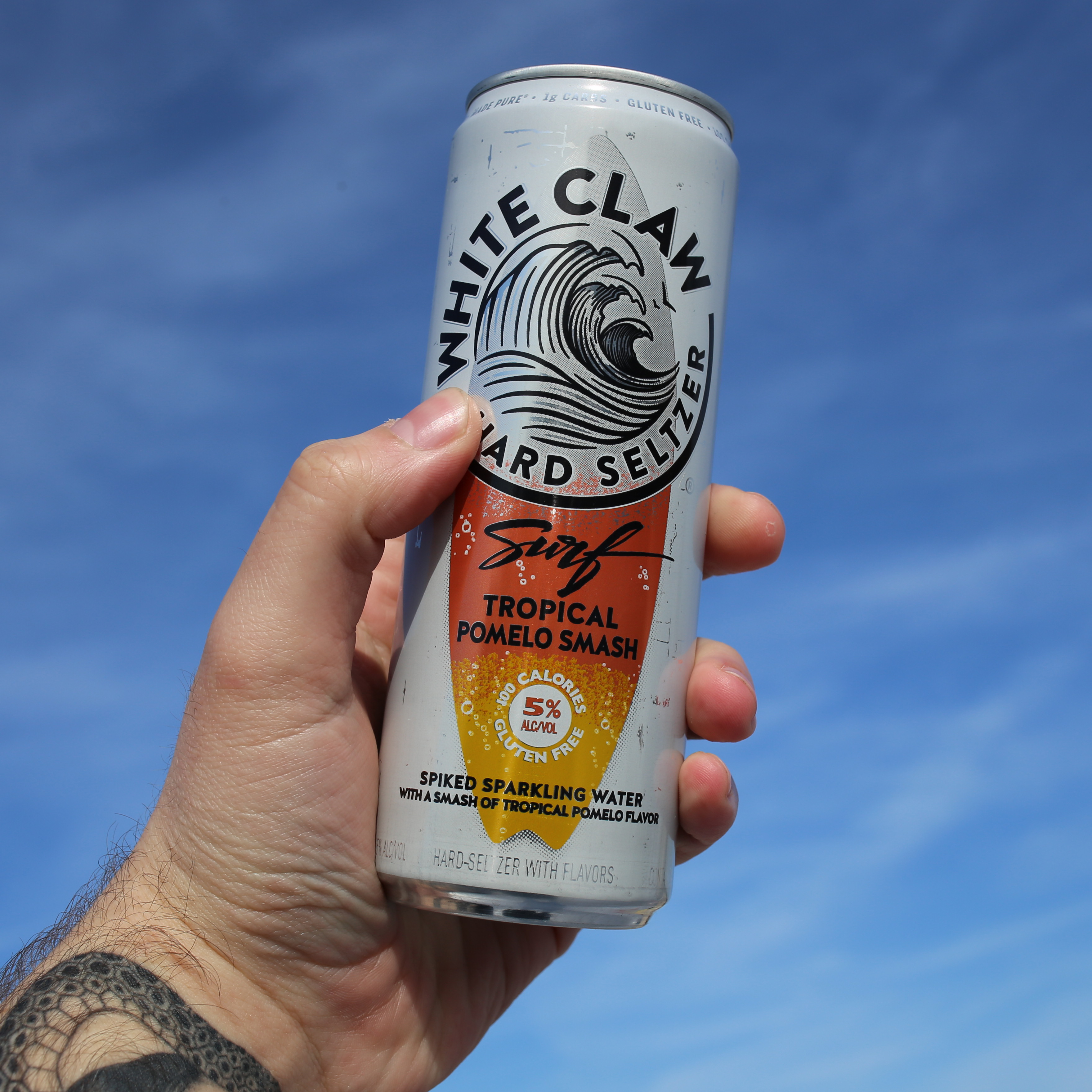 Last but not least, I ended with Tropical Pomelo Smash. At this point, I definitely had a bit of a buzz (and a lot of a bloated belly), but I was ready to get sipping.

I definitely liked this one. It tasted very much like a classic White Claw with a boost, if that makes sense. Given that it combines a mix of three out of four classic White Claw flavors (pomelo is a grapefruit, guys), that should be unsurprising. It had a flavor that instantly transcends you into a world of backyard BBQs and day drinking in the sand, which I cannot complain about whatsoever.

Is it the best White Claw ever? No, it’s not. But it was delicious, for sure.

The White Claw Surf pack in itself is a gamechanger for hard seltzers to begin with, but that Citrus Yuzu Smash? Boy. I’m still thinking about her. I wonder how she’s going.

Would I purchase White Claw Surf again? Screw it, yeah. Why not? I am still dedicated to White Claw and I would love for my friends to sip them with so I can clarify my 100% correct opinions.

I’ll just have to stay away from that Wildberry Acai Smash until the day I die. Simple.

Ready to give them a go? You can try White Claw Surf for yourself and create your own opinion below using Drizly.