Cyber Monday may be a great opportunity for all sorts of deals on tech and gadgets, but sometimes we are still looking for more simple pleasures, like a great board game.

Right now on Amazon, some of Hasbro’s best games are available for as much as 40% off. What an amazing time to start stocking up on supplies for the next family game night.

Head to Amazon to see all of the games included in this Cyber Monday promotion, or keep scrolling and see some of our favorite Hasbro games.

Save 40% on Hasbro Games at Amazon

Candy Land is a classic, and it’s a game we hope to have in our closet for generations to come. What’s more fun than a game of sweets? (Don’t ask your dentist this question, please.) In this game, each of the sweet surprises are along a path on the race to the castle. 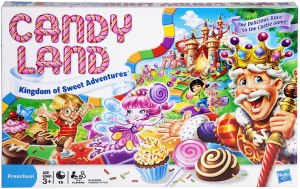 Growing up, we always especially appreciated games of Twister because they just felt like such an adventure. You aren’t just playing a game, but getting a pretty limber workout in at the same time. Plus, it’s just so fun. While we played this as kids, it’s still tons of fun as adults. Though, we’ve had to admit we’re not quite as bendable as we used to be! 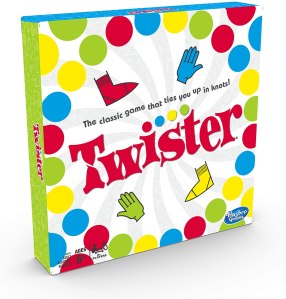 Escape rooms are very much the rage right now, but decades before we had those or murder mystery parties, we had Clue! Use this game (which now comes Alexa-enabled because we’re in modern times) to solve Mr. Boddy’s murder. 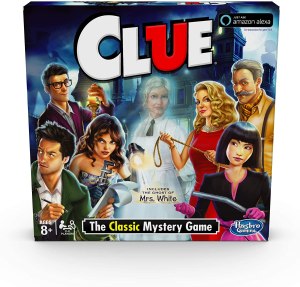 Maybe we don’t miss an episode of Grey’s Anatomy now, but when we were kids, we were all about playing operation. We often failed at it miserably, but that is really half the fun with this game. : Just play “the doctor” and either save the patient or kill them. No big deal. 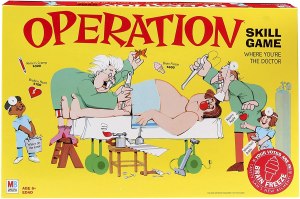 Operation Electronic Board Game With Cards

We think our parents were extra into this game because it tricked us into studying, but that never kept Trivial Pursuit from being fun and ultra competitive! 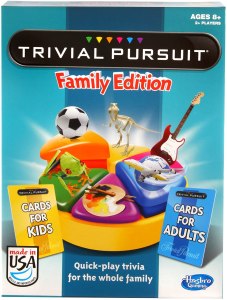 You are probably familiar with the classic version of Monopoly, that utilizes real estate landmarks and tycoons. However, this dinosaur edition is tons of fun too and made especially with kids in mind. 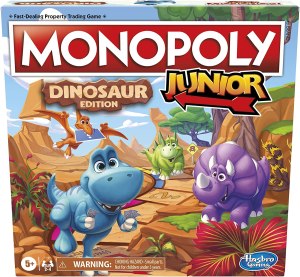