* Hilarious Trump-themed gifts for all ages
* It’s time to have a sense of humor with the crazy world of politics
* All guaranteed to get a laugh, and all under $30

Obviously there are dozens of HUGE (and even useful) Trump gifts to choose from this year, so to narrow down the search, we’ve rounded up nine of the most tremendous, greatest, best, most popular Trump gifts you’ve ever seen.

Did America grate cheese before? Doesn’t matter – it’s time to make America grate again with this Trump-themed cheese grater. It’s emblazoned with a cheesy take on Trump’s campaign slogan, and the image of our president. 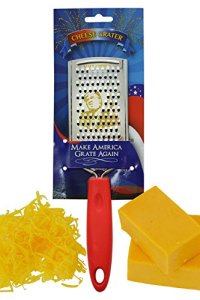 This Donald Trump troll doll (or maybe action figure) makes a presidential addition to any dashboard, mantle, or Trumpian shrine. It perfectly captures the famous hair and facial expression, and makes a great gift at less than $15. 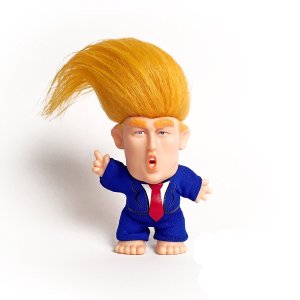 Gift this Trump mug to make your loved one’s morning cup of Joe great again. The 16 oz. mug comes complete with a toupee top that does the president’s coif justice, and keeps your coffee warm. 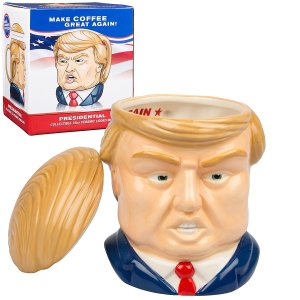 At some point we’ve all been watching Trump give a speech and wanted a bite of his hair, and now you can! This “Bag of Trump Hair” is really banana cotton candy, but it’s hard to tell the difference. 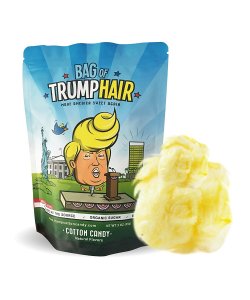 Certain bathroom-related slurs are often used to describe the 45th president, and they can finally become reality with this Donald Trump toilet paper. If you’re a Trump supporter this is a great way to show your fearless leader’s face in the bathroom, and if you’re the rest of the country, you can finally do what you’ve always wanted with our leaders face. 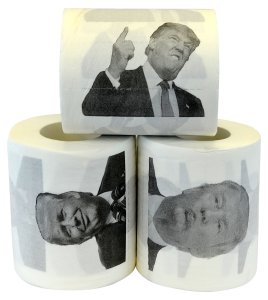 If you’ve ever wanted to quote Trump at work or in class, but just can’t capture his one-of-a-kind bravado, this highly-rated talking Donald Trump pen is for you. Press his mane to hear signature, uncensored, real quotes from the man himself (no voice actors). 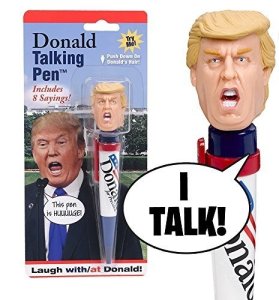 President Trump’s hair and Chia go together like President Trump and impeachment-level scandal. This kit comes with a handmade pottery planter, Chia seed packets for 3 plantings, a plastic drip tray, and instructions for successful presidential plant-locks. 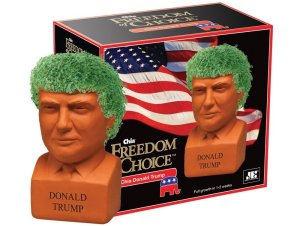 The news can make everyone feel like a pathetic, low-energy, loser. If you’ve turned to therapy, make sure you’re getting the most out of it with Freud’s After Therapy Mints. They help create after-therapy breakthroughs such as “there’s nothing wrong with me – the leader of my country is a lunatic.” 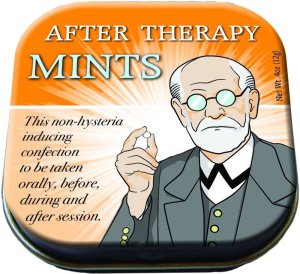 Okay so maybe you’re not into Trump — or would rather have a laugh with his former presidential campaign opponent. This “Email Me” Hillary Clinton coffee mug is perfect for the co-worker that accidentally CCs the whole office way too much, and only costs $5. 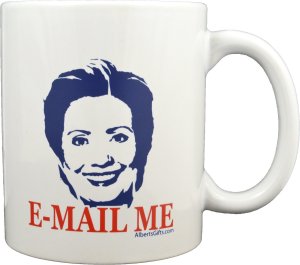