Even though the famous sitcom has been off the air for over a decade, Seinfeld, Larry David’s timeless series about nothing remains firmly seated as one of the most beloved and referenced shows in television history. Not only did the show yield some of the greatest catchphrases in the pop culture canon, but its story lines are also somehow still relevant today– despite it being over twenty years old. Ardent fans of the historic show will love these deep-cut gifts.

When Elaine’s favorite birth control method gets discontinued, she makes a mad dash to the pharmacist to try to buy all of the remaining units. Because of her limited stash, she’s forced to cut down on her sexual partners–dividing them potential suitors as “sponge worthy,” and well, not. These hilarious greetings will give any fans of the show a good laugh, and if you’ve seen the episode, you know it’s a major compliment.

Add Comment
1 Person Commenting
eht--%/%--eht
3 years
Kept you A---mused and end--joying yourselves thru they hey day of USURY's - --RED CHINA strip away... 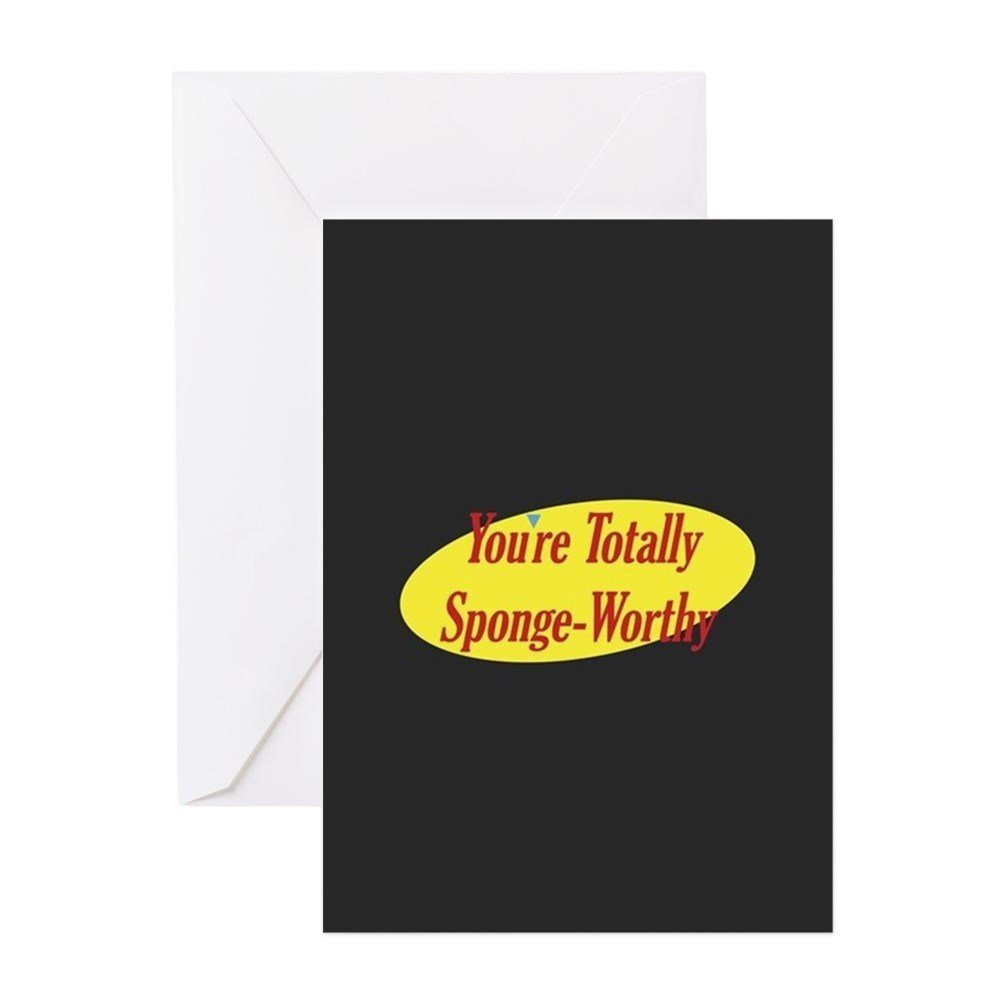 Stuck in a traffic jam on your daily commute? Remind your fellow drivers to keep their temper at bay the Frank Costanza way. Instead of shouting profanities and exchanging middle fingers in stop-and-go traffic, perhaps this bumper sticker will encourage them to take a more “zen” approach to dealing with road rage. 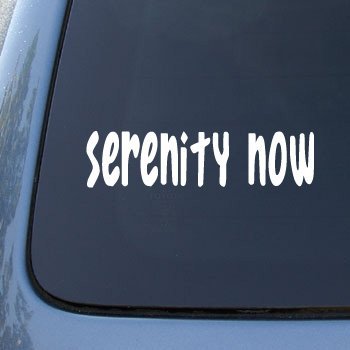 In one of the most beloved (and quoted) episodes of all time, the”Soup Nazi” put the now ubiquitous catchphrase “no soup for you!” on the map. While the abrasive chef won’t be denying you your serving of lobster bisque, you’ll get a hilarious reminder of one of the show’s best episodes after you walk by this action figure. 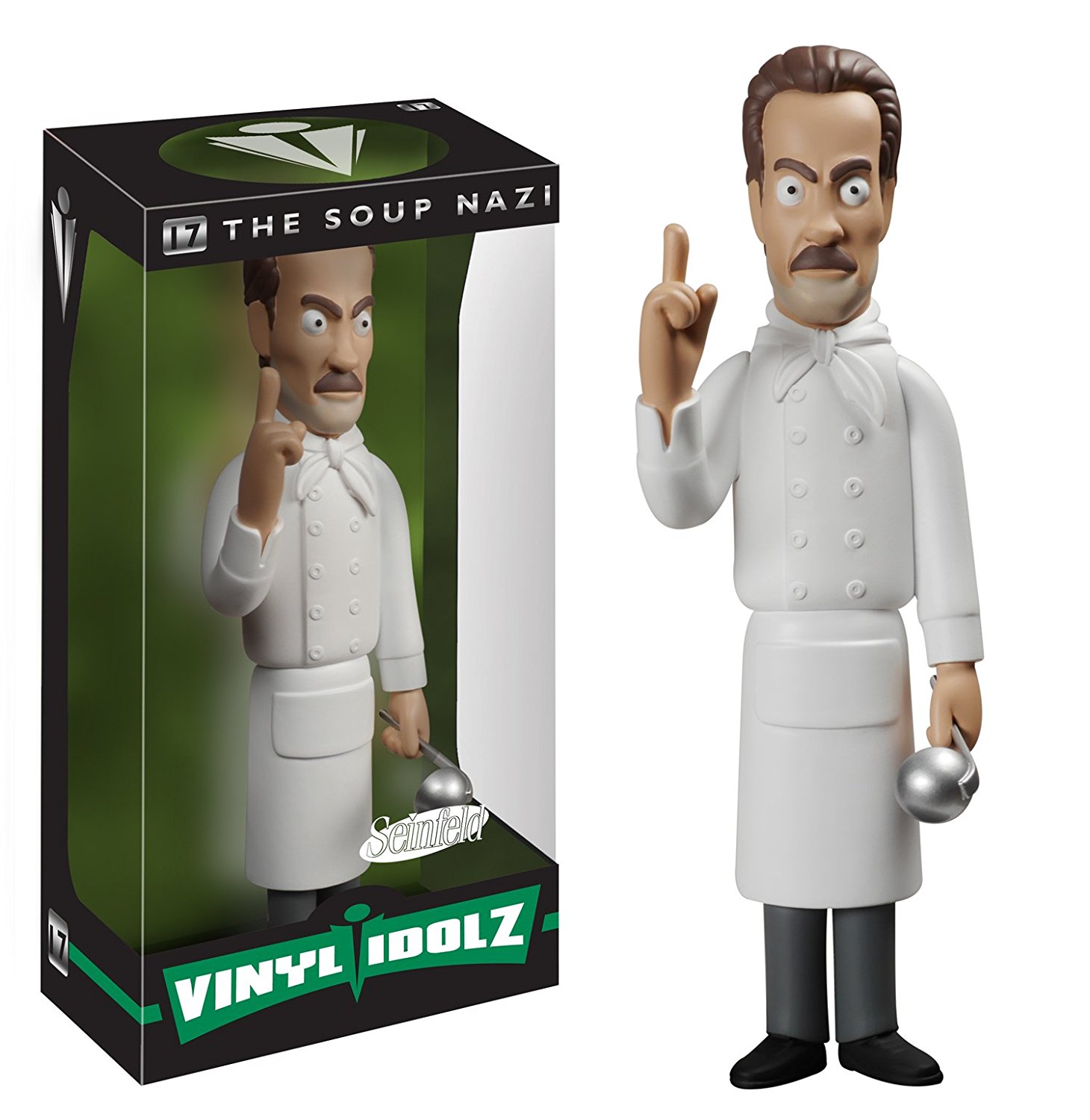 These glasses are embossed with Kramer’s infamous one-liner for his role in a Woody Allen flick in season 3 episode, “The Alternate Side.” The catchphrase later inspired fans of the show to start a tradition of throwing pretzels at Jerry Seinfeld during his stand up performances. While we’re pretty sure the pretzel-tossing has simmered down, Kramer’s famous line lives on as one of the most memorable quotes from the series. 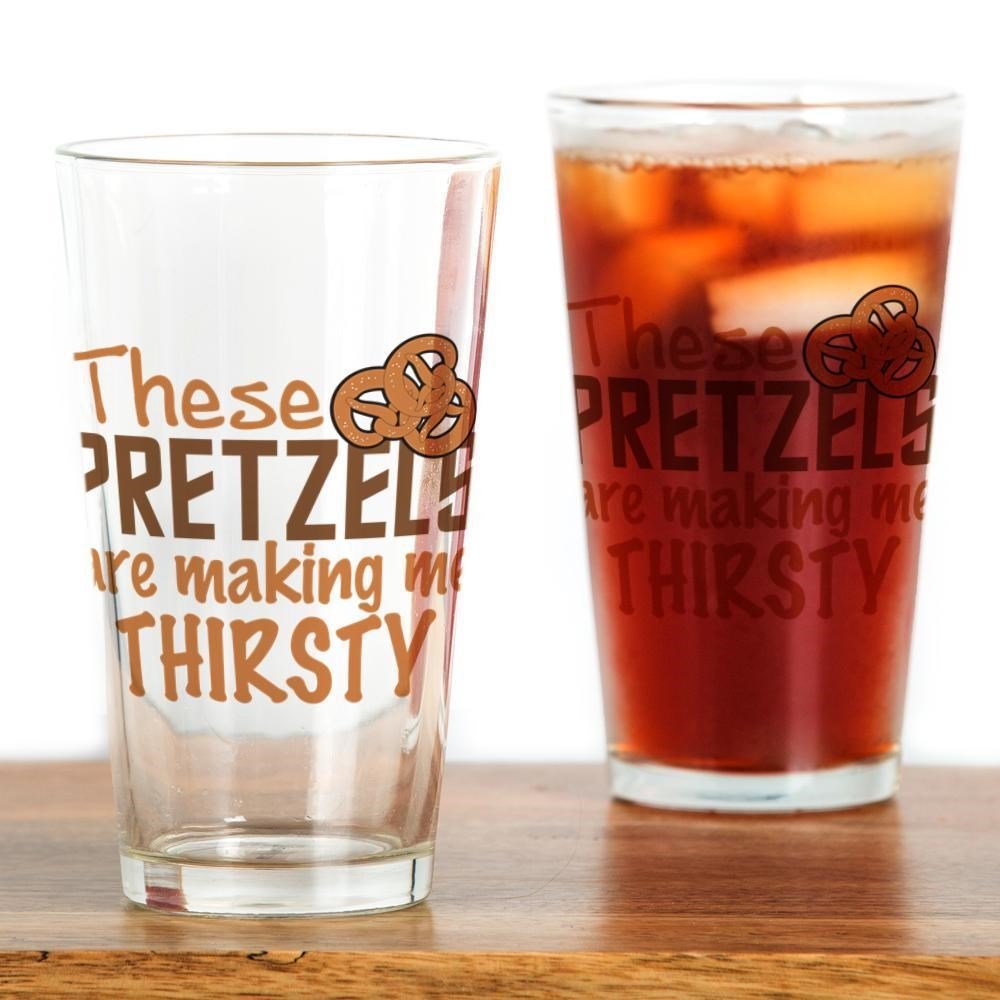 George Costanza was known for his elaborate schemes and well-crafted lies that he used when he needed to get out of a situation or impress a love interest. Even though he always “wanted to pretend to be an architect,” in season 3 George conceives of a latex company called Vandelay Industries when trying to extend his unemployment benefits. Now you can sip your morning cup of joe from the fictitious business’s ceramic mug. 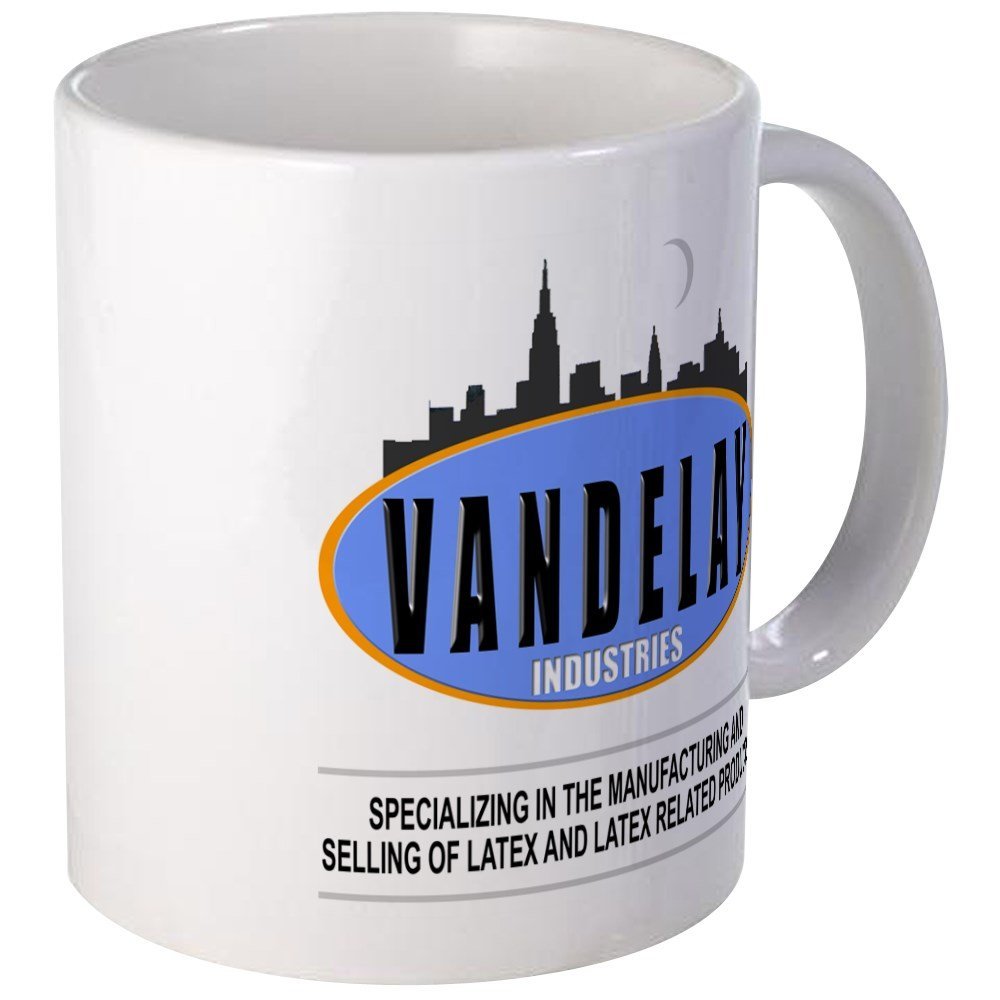 When Kramer is given a liscense plate that reads “assman,” at the DMV, he assumes–and is later proven right–that it was meant for a proctologist. While you won’t be able to use this on your car, it will look great hung on your wall or displayed on your bookshelf.

7. Top of The Muffin Apron

Seinfeld afficionados who also excel in the kitchen will love this “Top of The Muffin to You” apron, referencing Elaine’s preferred way to eat the sweet breakfast food. Just make sure not to express your love of bottom-less muffins to your ex-boss. 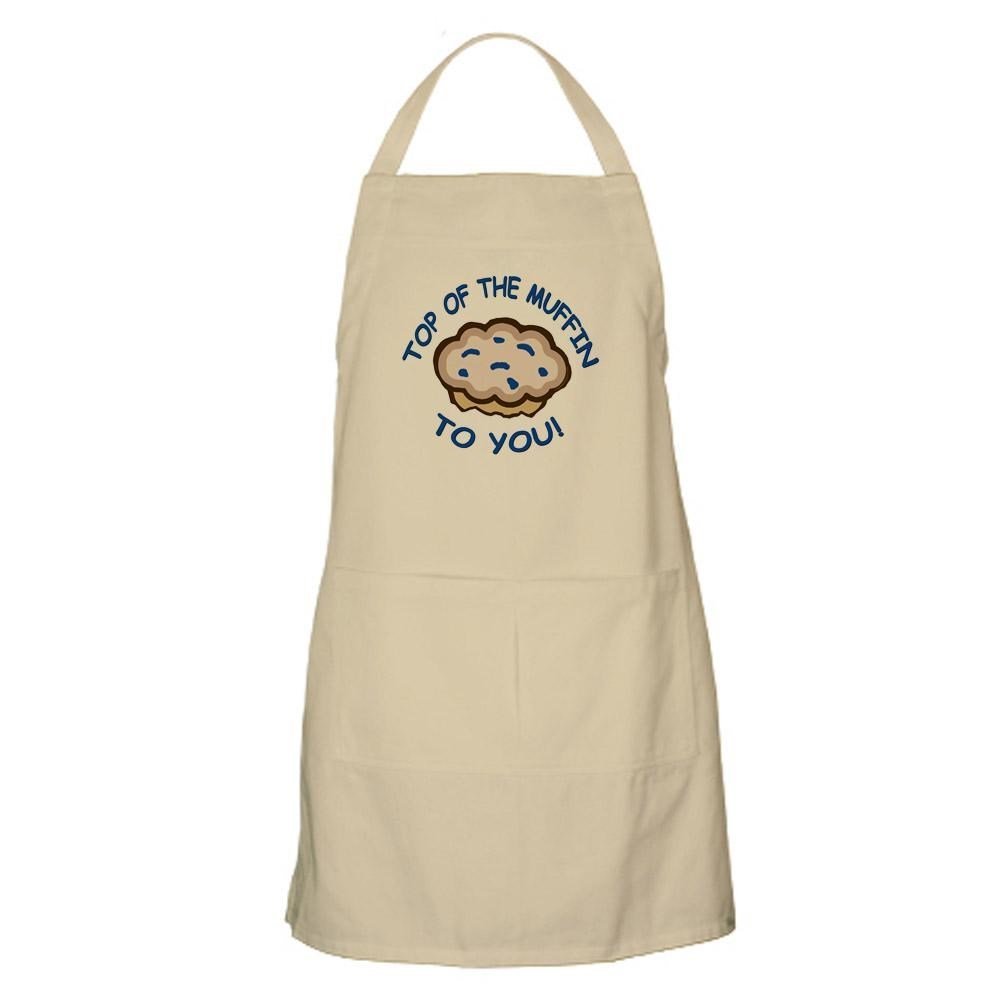 For fans of the show looking to display their fandom in a more obvious way, this travel coffee mug will hit the spot. While it may not be the same as enjoying your coffee with the group at Monk’s Cafe, your java drinking routine will get an instant upgrade with this steel mug. 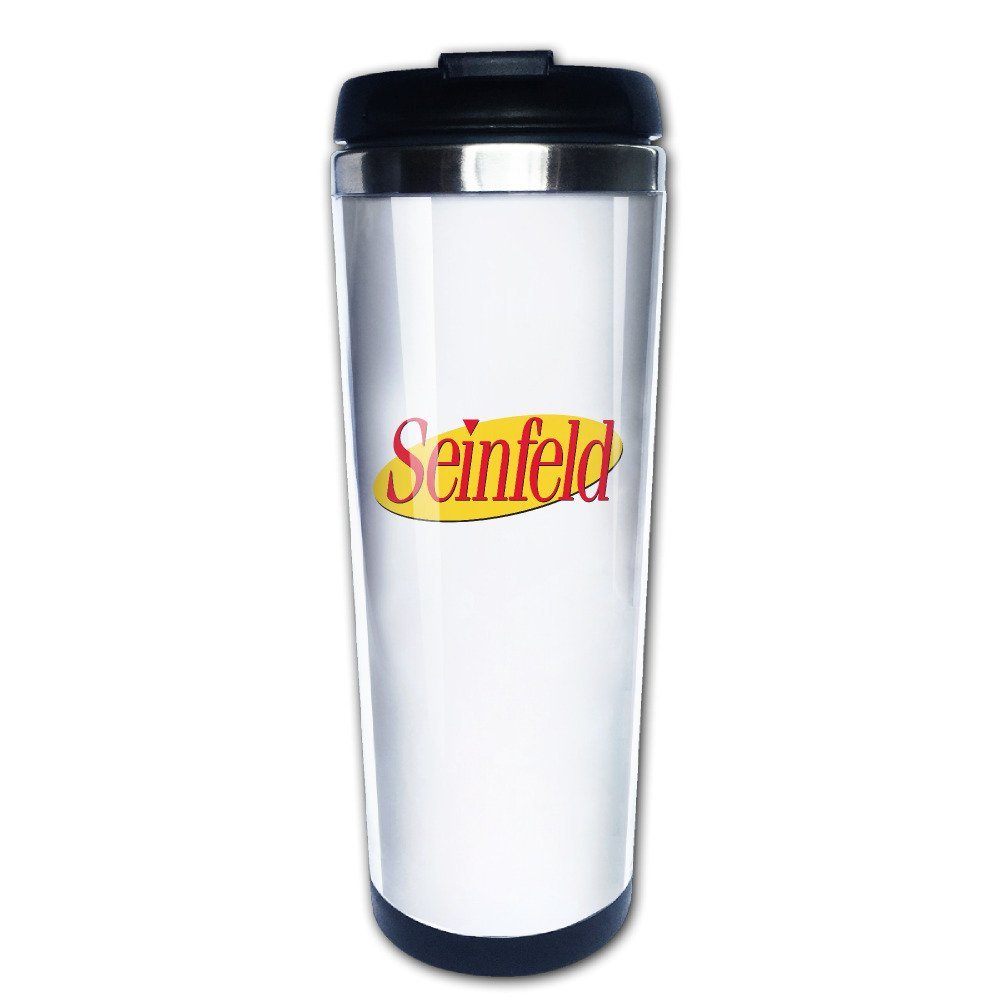 Copy Kramer’s distinctive vintage style with this replica of the lobster button down that he wore on “The Millennium.” Novelty print shirts have made a comeback in men’s fashion recently, and this eye-catching button-down’s got an added layer of coolness with its nod to the show’s most fashionable character. 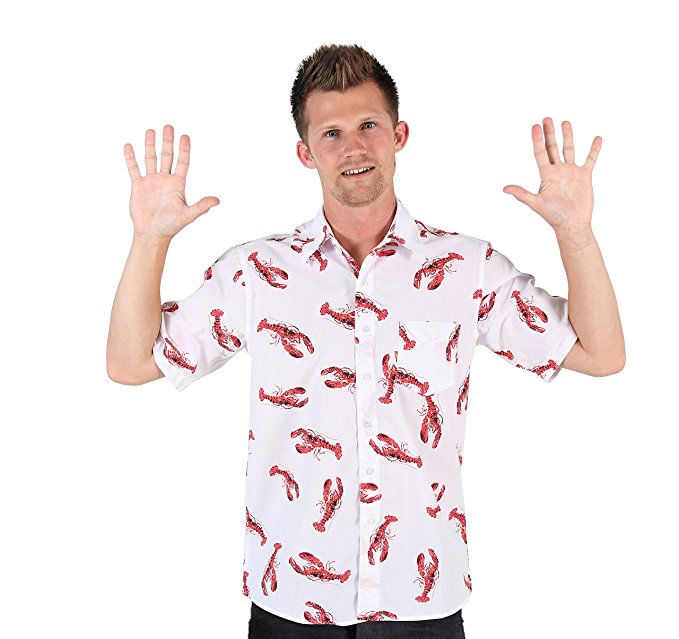