Whether you’re a die-hard fan of the long-running spy franchise, or a newcomer to the alluring world of secret agent 007, the mystique and allure of James Bond is hard resist. A little danger, a little sex, and a lot of action, what’s not to love about the James Bond template? Let the Bond fan in your life embrace the enviable lifestyle of secret agent 007 vicariously with these awesome gifts.

Here are some of the best Bond themed gifts that you can buy now.

Throwing a Bond-themed party? These decorative cupcake toppers feature 007 illustrations that will make any birthday treat that much sweeter.

Let the James Bond fan in your life show their admiration for the franchise with this sleek laptop decal featuring the silhouette of Agent 007 himself.

3. You Only Live Twice Hot Wheels

Who said race car toys are just for kids? This collectible hot wheel toy is modeled after the vintage Toyota 2000GT Roadster that starred in You Only Live Twice. It’ll be nearly impossible to get your hands on the actual car, but this mini version will help fill the void. 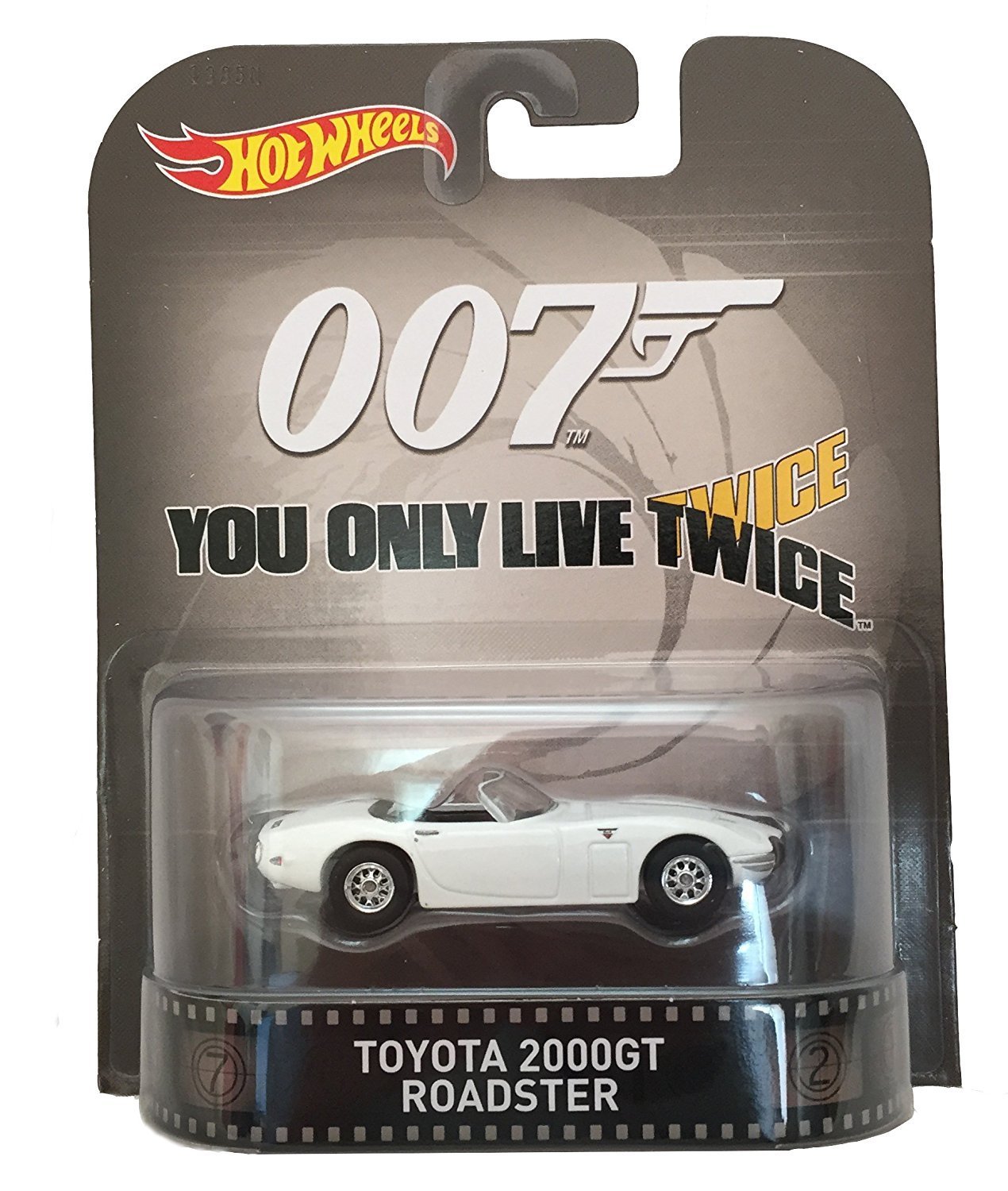 Though his signature cocktail was generally a martini (“shaken, not stirred”), the special agent enjoyed plenty of other adult-only drinks throughout the course of Bond history. If you’re hosting a secret agent-themed party or simply feel like elevating your bar cart stock, let this book be your guide.

Whether played by Sean Connery, Roger Moore or Daniel Craig, Bond has never been one to leave the house looking anything but dapper and well-groomed. Take a cue from everyone’s favorite spy with this Spectre 007 shaving kit and leave your scruff in the dust.

The iconic Db 5 Aston Martin was featured in several of the Bond films, including Goldfinger, Thunderball, Casino Royale and Spectre, just to name a few. This model of the classic car even features front-mounted machine guns, a working ejector seat, and a removable driver.

Guns and weapons aren’t the only things in the Bond arsenal: a good flask is another essential tool. After all, how will you carry your vodka, bourbon, or scotch for those undercover missions that deserve a post-victory drink? This custom stainless steel flask is designed with a leather pocket to hold your cards too. 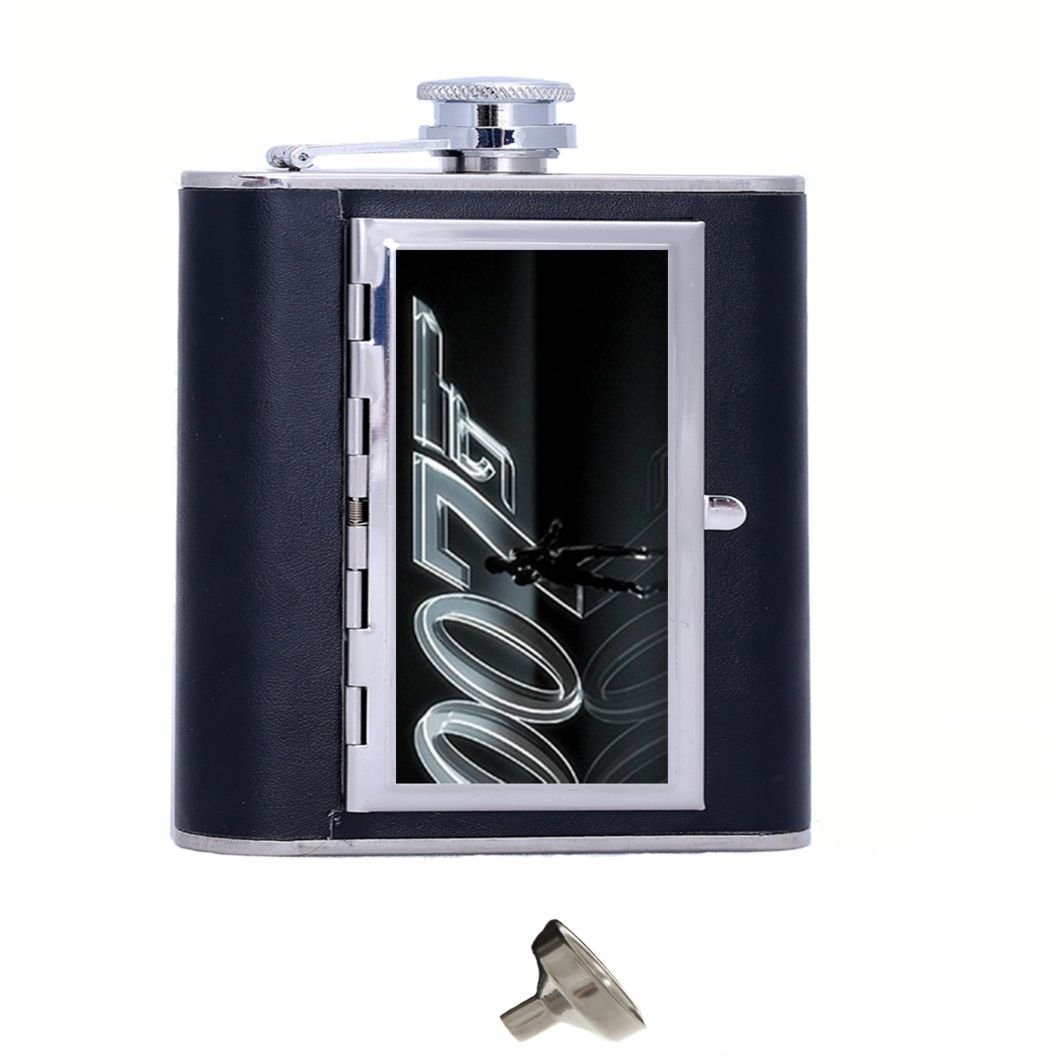 It’s probably not realistic to drink a medium dry martini (“shaken, not stirred”) in the morning–at least on a regular basis–but you can wake up like Bond with this

A View To A Kill

Buy Now On Amazon
coffee mug. Featuring the original cover work from the

A View To A Kill 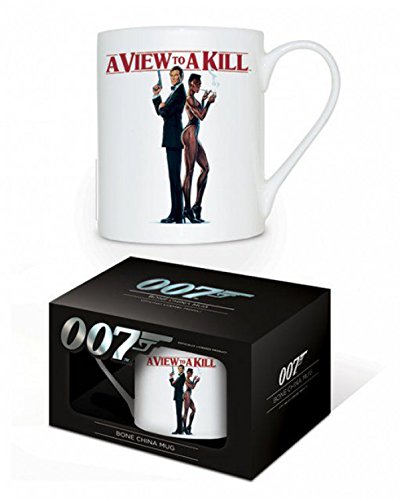 As the first Bond Girl of all time, Ursula Andress set the bar high for newcomers thereafter. Playing bombshell Honey Ryder in Dr. No, the ubiquitous ocean scene is one of the most iconic moments in cinema history.

Buy Now On Amazon
. Aviator frames are a timeless spy accessory, and they flatter a wide range of face shapes. Let the Bond lover in your life look the part of a secret agent–at least with his/her eyewear look.