LEGO sets have brought together families and friends for years, are an educational solo activity and have become some of the best gift ideas for kids and adults alike. When it comes to which LEGO set(s) to choose, however, it is strictly a personal choice, but for the LEGO enthusiast, we have found some great sets that may not only conjure up images of your childhood but will test your resilience as well.

What Makes A LEGO Set ‘The Best’?

The world of LEGO is vast, so defining the ‘best’ set depends largely on the builder. For teens or adults who want a challenge that will keep them busy for weeks or even months (we’re looking at you, 11,000-piece world map), a set with thousands of pieces, moveable parts, and an intricate design is likely at the top of your list. Younger builders will appreciate sets that touch on their interests and are less intensive. LEGO’s many collaborations, from Star Wars to Jurassic Park, Frozen to Marvel, have something for everyone. Then there’s the best set for those who are just developing their fine motor skills and are better served by LEGO’s sister brand, Duplo.

We’ve also included a set from LEGO’s latest brainchild, LEGO Dots, which combines crafting with the STEM properties that have made LEGO a success for decades.

These sets are all highly rated, guaranteed to please any builder and they make for a great showpiece when complete. Now, just try to not step on any pieces.

If you’re a Harry Potter fan and want a LEGO set that comes with more challenges than navigating your first year at Hogwarts, we have the LEGO set for you. The Hogwarts Castle is a massive 6,020 piece undertaking that measures 16 by 27 by 22 inches for a truly stunning replica of the famous Wizard school. All four branches of the school are represented with LEGO characters of Godric Gryffindor, Helga Hufflepuff Salazar Slytherin and Rowena Ravenclaw, as well as small touches like boats arriving with new students, Hagrid’s Hut and the Whomping Willow. Not only is the set impressive from the outside, but the inside is filled with detailed replicas of famous scenes, including the Great Hall and several classrooms. 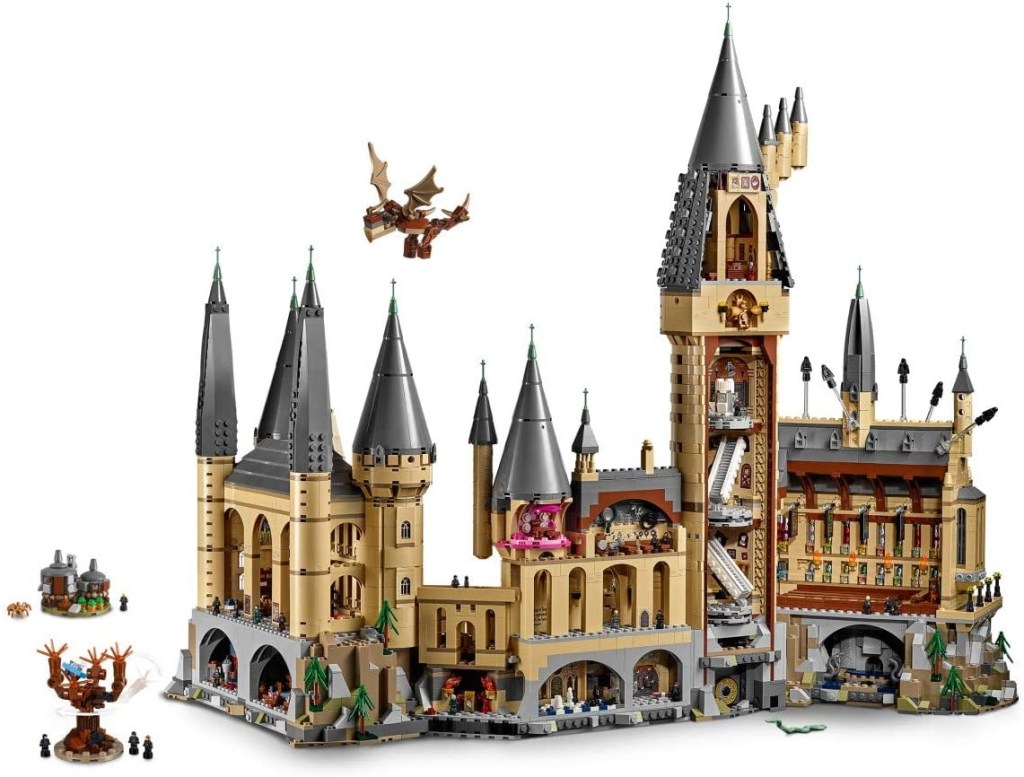 Creating a replica of Hogwarts is pretty cool, but it’s also pretty massive. For young Harry Potter fans who may still be on their first spell/LEGO set, there are plenty of options that are less involved. The Potions Class set includes Draco Malfoy, Seamus Finnigan, and Professor Snape, as well as several detailed pieces Potter fans will love, including a potion book and secret chamber. Suitable for ages eight and up, the LEGO set can be closed to appear as a potion book and opens to reveal Snape’s famous classroom. 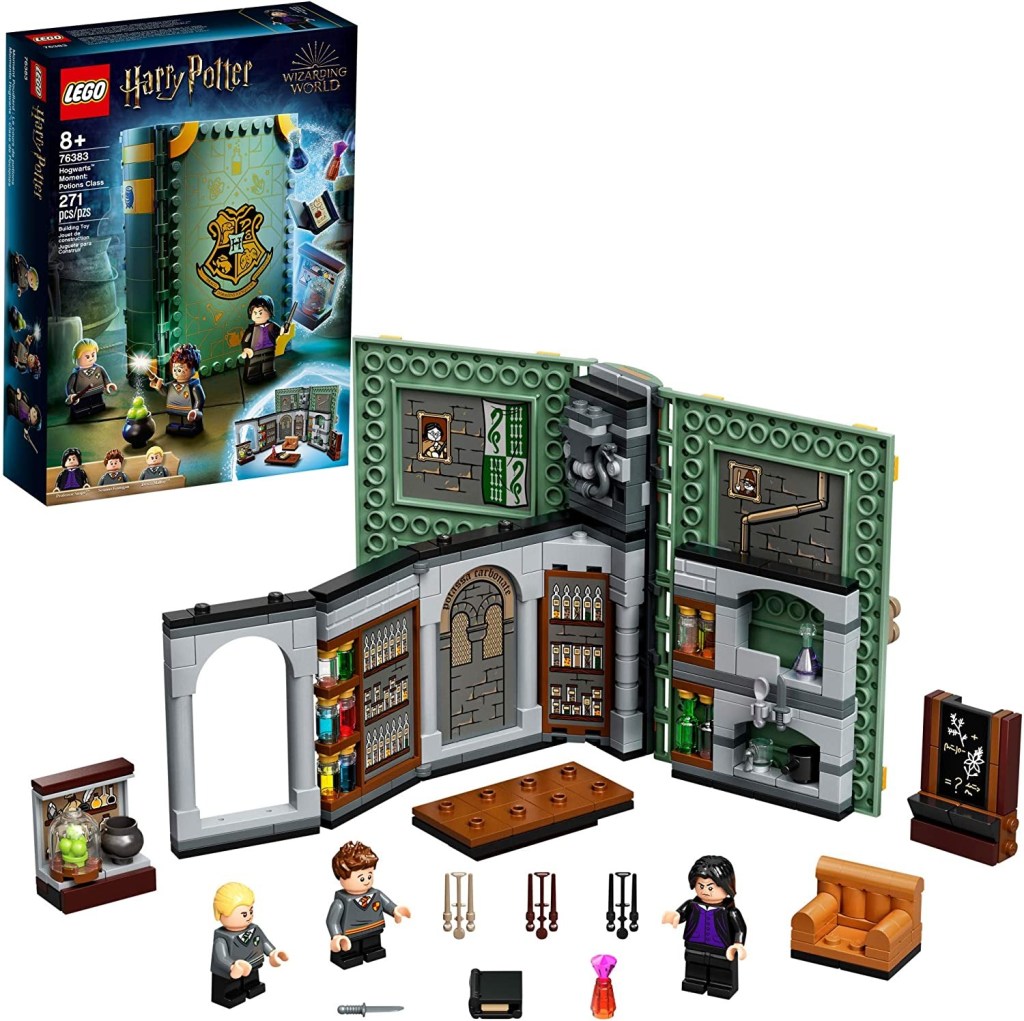 Like LEGO, shell toes have been in fashion for decades and show no signs of slowing down. Bring two classics together with LEGO’s Adidas collaboration, which lets users ‘build’ their own pair of the iconic Original Superstar sneakers. A great piece for displaying in a bedroom or next to a turntable, nostalgia lovers will appreciate that the LEGO set comes with authentic packaging and a real pair of laces. They may not be as comfortable as the real deal, but they are definitely a cool décor piece. 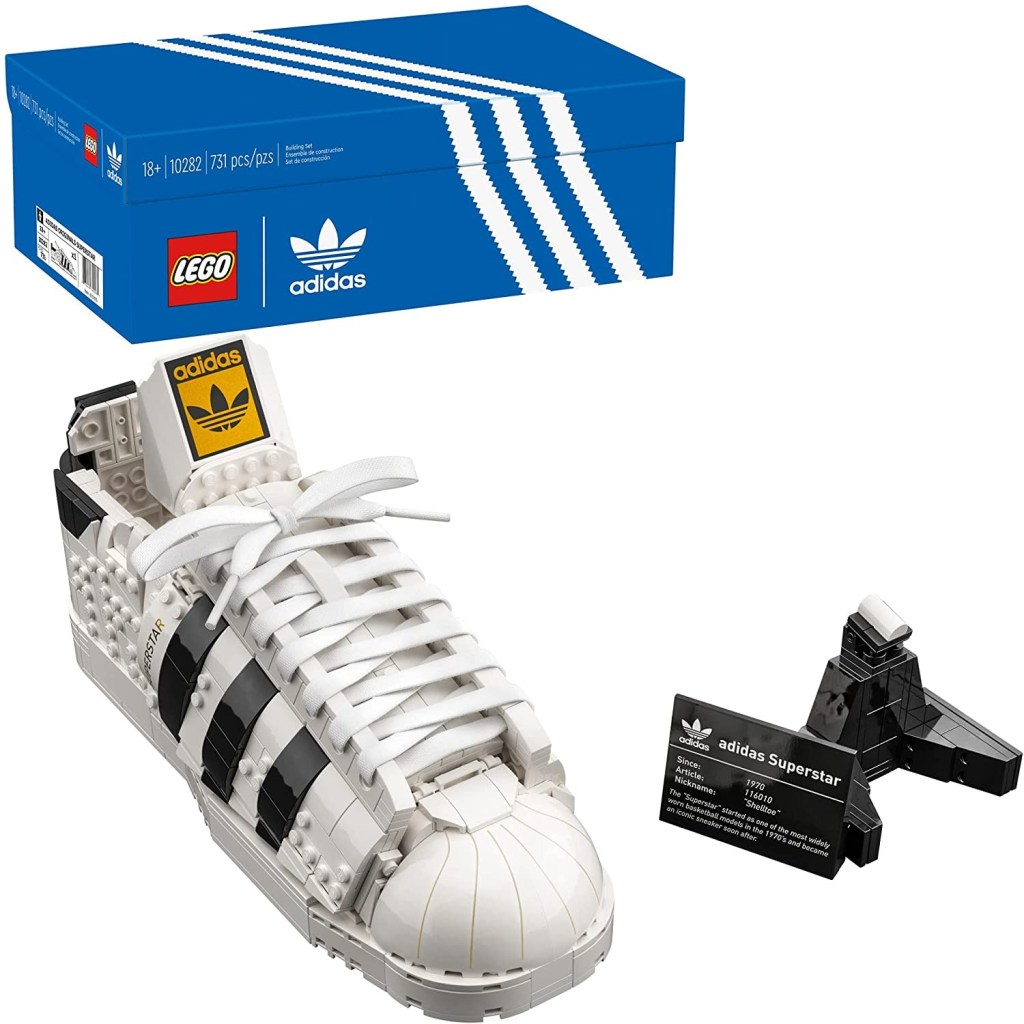 LEGO has no shortage of interactive advent sets that make counting down the days until Christmas fun and good for fine motor skill development. Several themed sets are available every year, including Harry Potter and Star Wars advent calendars. We also like the City Advent Calendar, which lets builders create a festive setting for Santa and his helpers. Ideal for kids ages five and up, the calendar reveals a new figure every day and comes with a printed backdrop to help set the tone for the most wonderful time of the year. 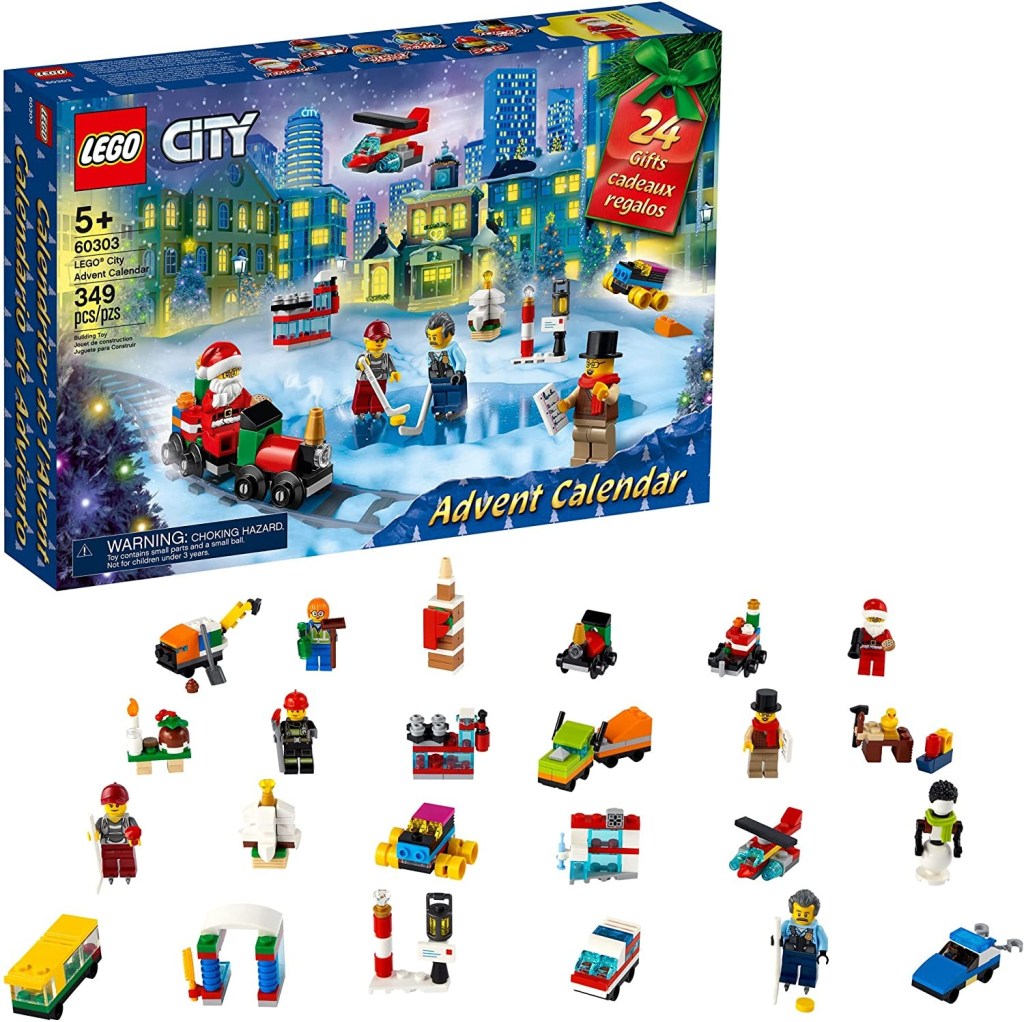 Fans of Star Wars and The Mandalorian will love The Child set from LEGO, which includes movable ears, a posable head, and an adjustable mouth that can show different expressions. The collectible LEGO set stands 7.5 inches high and comes with the Child’s gearshift knob toy, a must for any Mandalorian item. The set also features an identification card to let everyone know who is standing in front of them. That is the way. 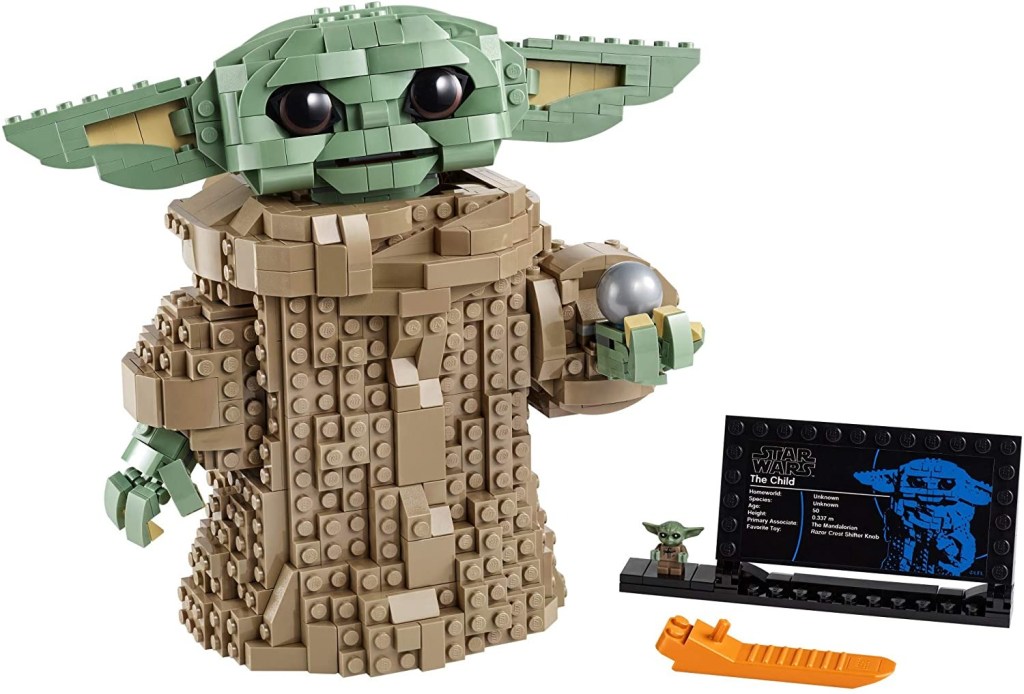 For the new LEGO builder in your life, the best set to start them with is anything from the company’s Duplo line. The larger building block pieces are great for little hands and kids will have fun bringing their favorite Toy Story characters to life. The 21-piece set is designed for kids ages 2 and up and comes with a train that can actually roll. 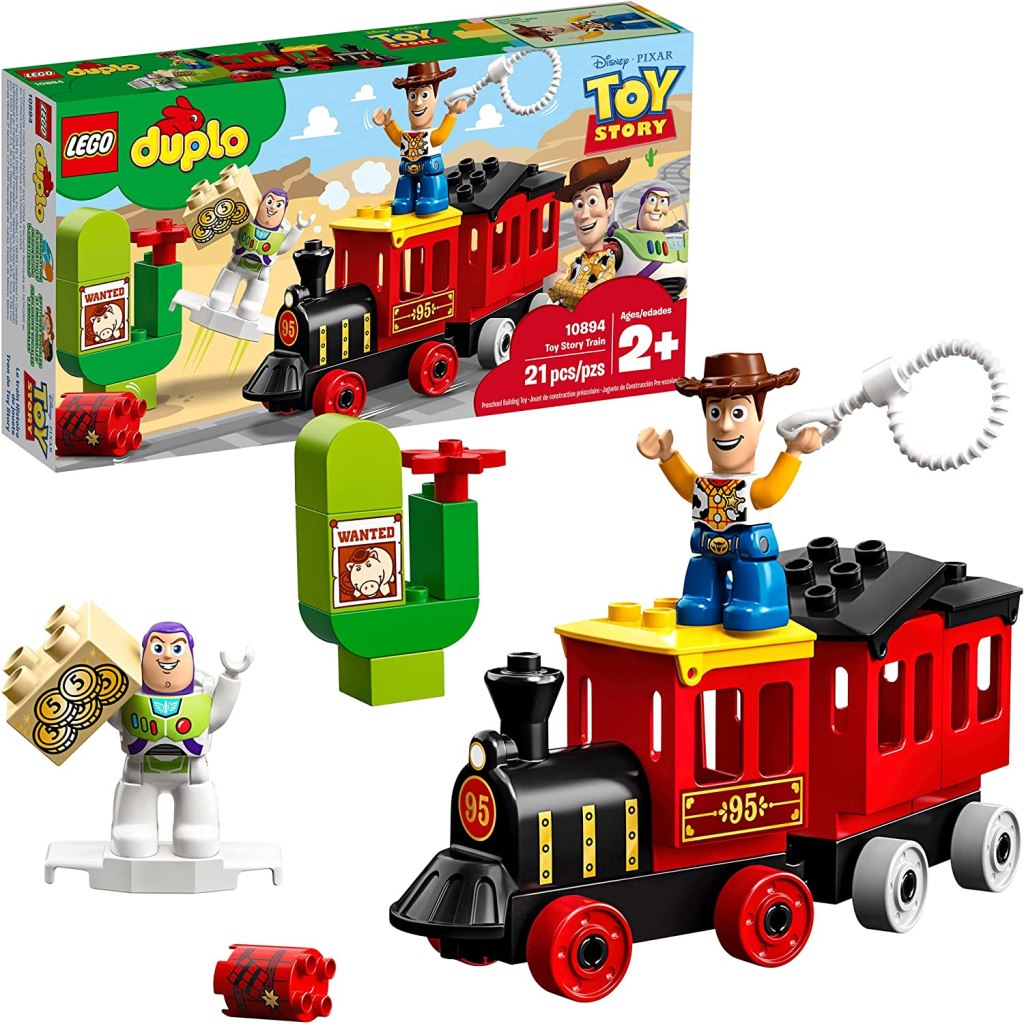 Whether you’re a car enthusiast, a comic book fan, or just love to combine LEGO and pop culture, the LEGO DC Batman Batmobile: Pursuit of The Joker is a great set to build. Suitable for kids as young as seven, but still intricate enough that adults will enjoy building the set as well, the Batmobile includes an open cockpit for Batman as well as a minifigure of the Caped Crusader and (one of) his enemies, the Joker. Several of Batman’s weapons are included because someone has to protect Gotham City, right? 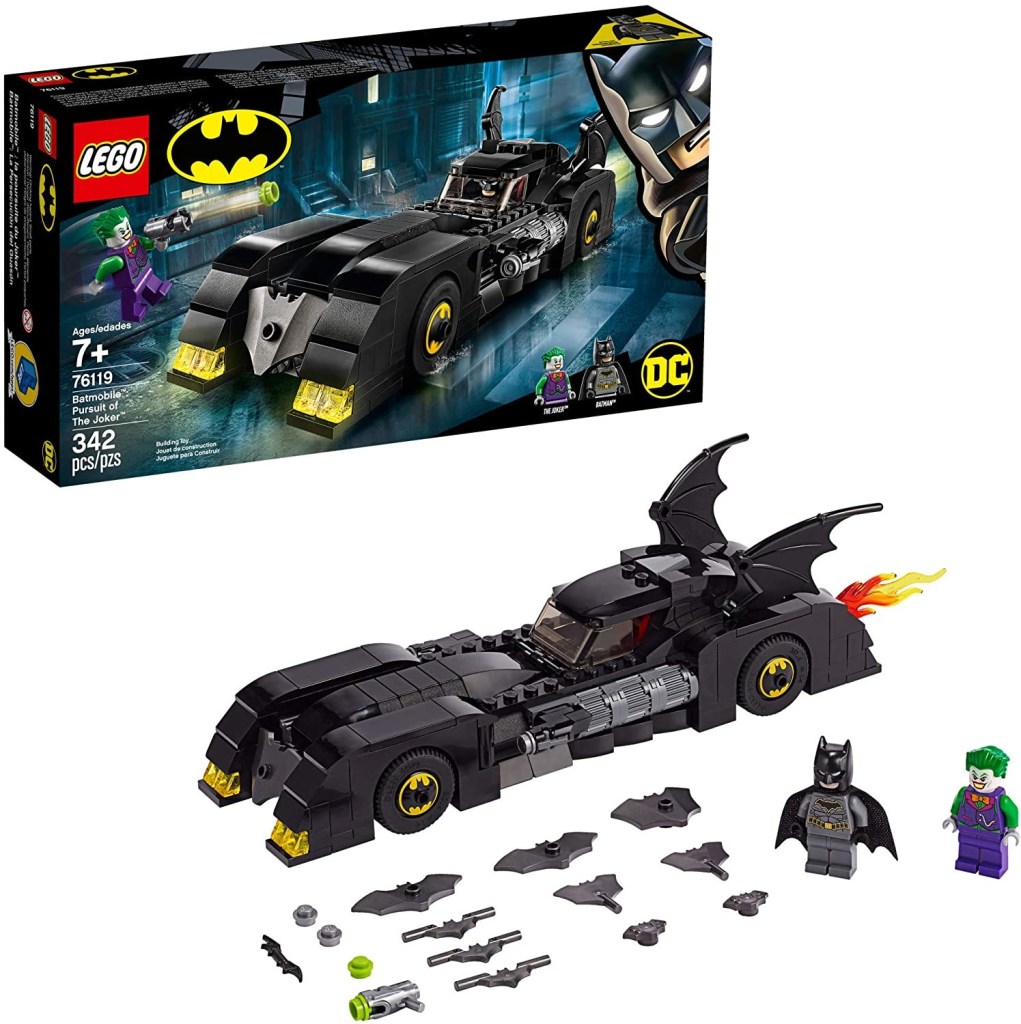 For decades, LEGO has consistently been one of the most popular toys around, first thanks to its open-ended play possibilities and more recently with its intricate sets. The company has once again found a way to appeal to an even wider audience, this time with their Dots collection. Ideal for crafty kids and adults, the Dots Desk Organizer helps builders create a desk accessory they can proudly display and use every day. The organizer comes with ideas on design and builders can also get creative to make a unique desk set. 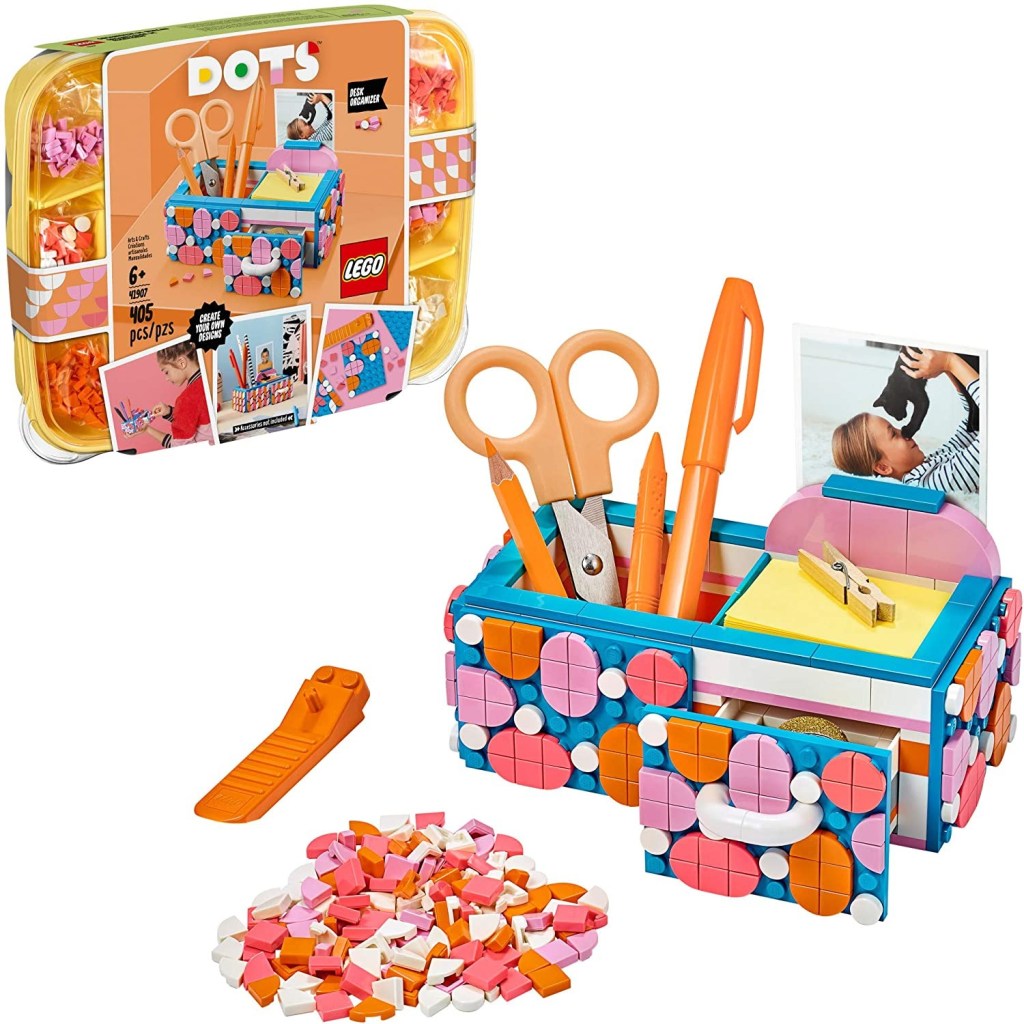 BEST FOR OFFICE OR CLASSROOM

LEGO’s Architecture line combines architecture and structure to create this Statute of Liberty set. This LEGO interpretation, with 1000+ pieces, reproduces the New York monument with its intricately detailed pedestal, brick-detailing, and columned balconies. In addition, it is finished with an authentic sand-green and beige color scheme and decorative nameplate. 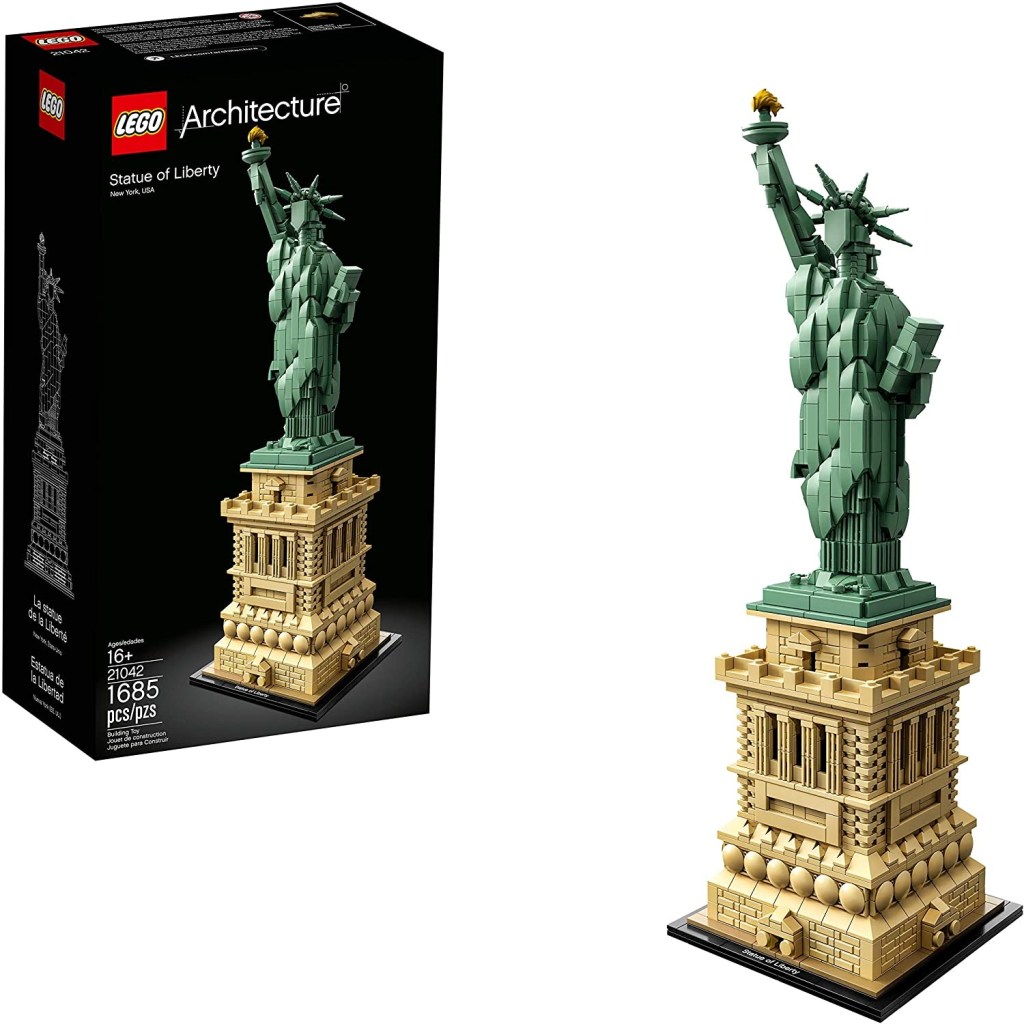 The LEGO City Cargo Train is a super powerful motorized train with an 8-channel, 7-speed infrared remote control that can transport almost anything. The train features a crate with a hook that will load and unload heavy cargo, multiple cars and comes with a full circular train track. Other builds include a forklift, cargo train station, mini-figures, and trucks. We also like that LEGO City toys are compatible with all LEGO construction sets for creative building. 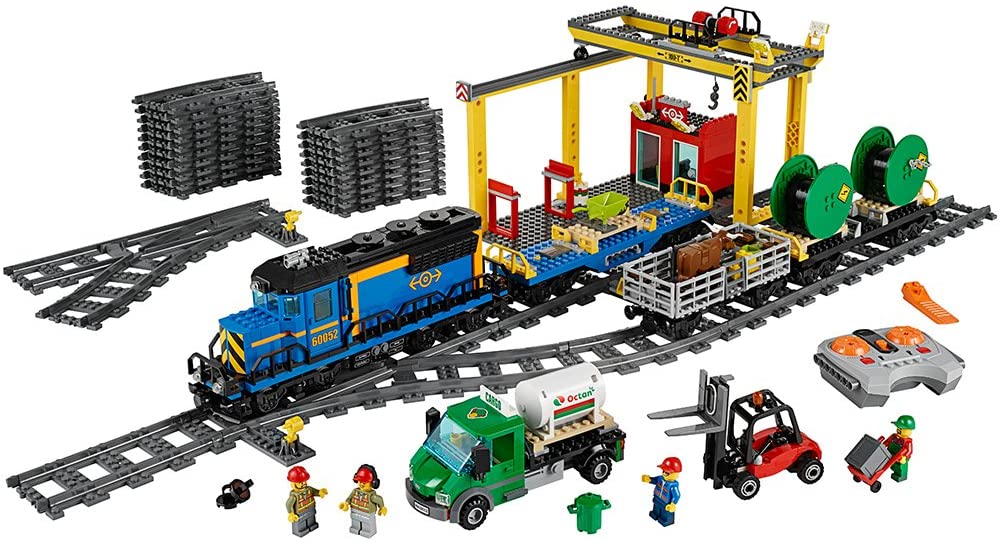 Tantive IV is where it all started. Indeed, for fans of the original Star Wars series, Tantive IV gave the first glimpse a galaxy far, far away. So whether you were a fan back when the film franchise first debuted in theatres, or you have kids who go nuts for the cartoon series, this is a must-have LEGO set. The ship is made of just under 2,000 pieces, so it’s no easy feat. However, it comes with all the details you’d expect, plus several of your favorite characters. Relive one of the most iconic scenes in Star Wars history with this incredible set. 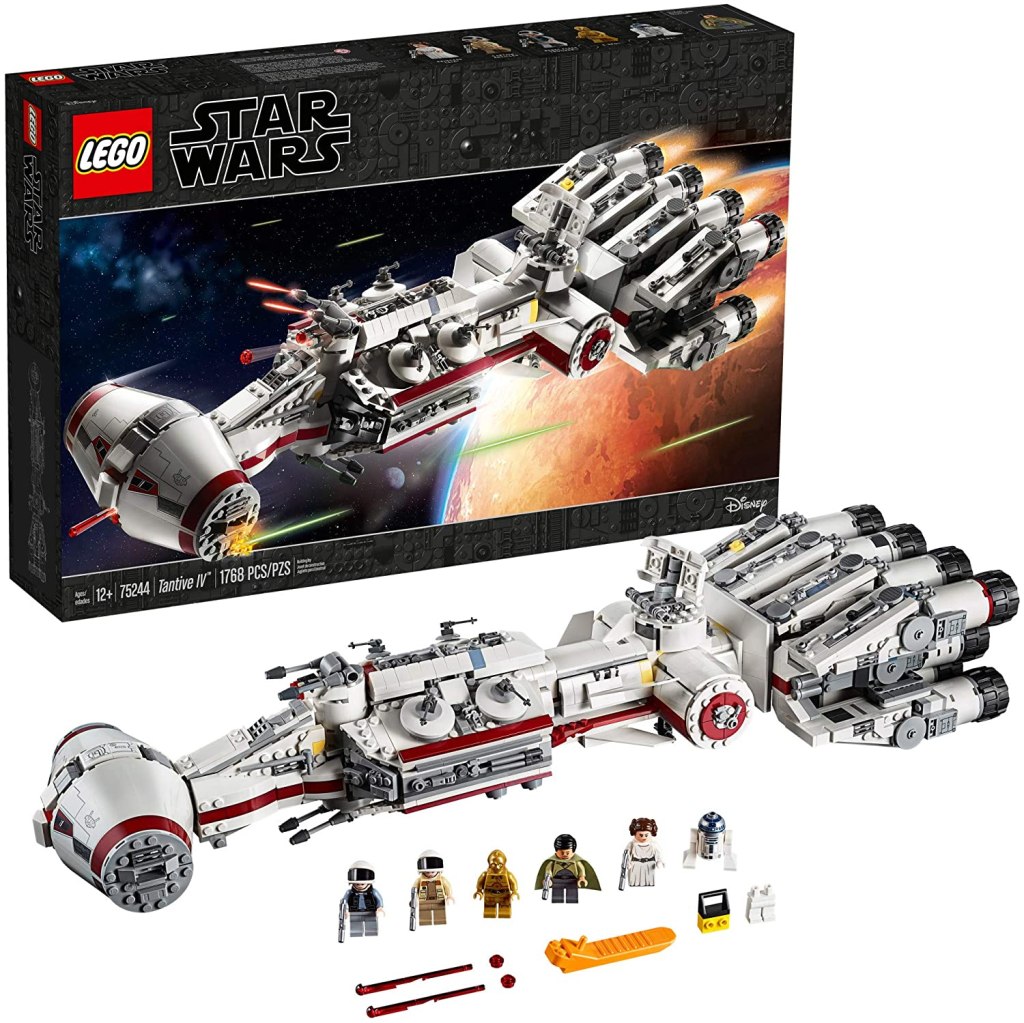