Outside of their team winning a championship, there’s rarely something better for a sports fan than to actually have a piece of memorabilia. Getting signed stuff is often pretty difficult, so having a chance to participate in a digital live auction is the next best thing.

With the holidays around the corner, now is a great time to go ahead and start looking for that perfect item for the fan in your life. Below you’ll find 10 items that are currently live on LiveAuctioneers.com. This means that what is available today, might not be available tomorrow. And even it is still there, the price is liable to change. So if you see something you like, don’t hesitate! These great deals won’t stay great for long.

From jerseys and baseballs to hockey sticks and magazines, here are our 10 favorite sports pieces worth bidding on right now.

Yankees fans will remember the left-handed, “Louisana Lightning” Ron Guidry. Guidry played for the Yankees for his entire career before retiring and becoming the team’s pitching coach for a year. The winner of five Golden Glove awards and a four-time All-Star, he’s also had his number retired in Monument Park for being, among other things, “a true Yankee.” Fans won’t want to miss out on a chance to win a signed jersey from Guidry, as well as another signed jersey. 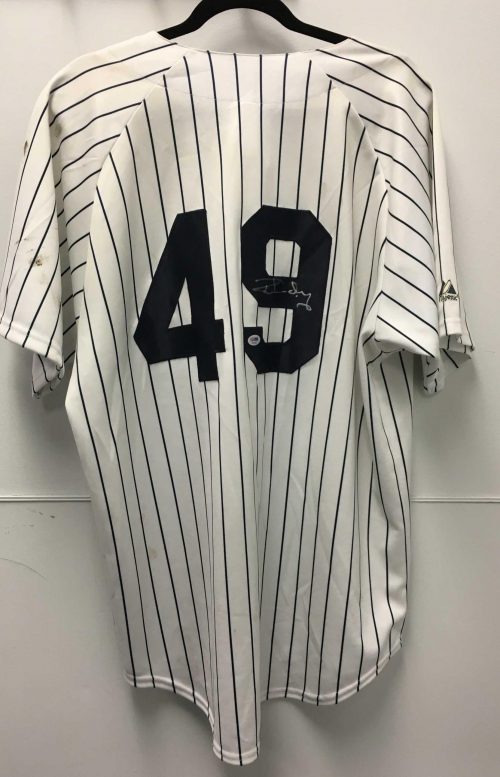 Collectible lovers won’t want to miss out on this lot of six vintage pennants. The NFL is the league that’s most well-represented here, with pennants for the LA Rams, the Buffalo Bills, and the Atlanta Falcons—but there’s also one for the Chicago White Sox. The clean and retro designs are sure to spice up any sports room, making for a bit of a refined and classic polish.

Another bit of memorabilia for Yankees fans, this baseball is signed by key players and personnel from the 1998 World Series-winning Yankees team, including Derek Jeter, manager Joe Torre, and third baseman Scott Brosius. Baseball fans will remember how dominant the Yankees were in this series, sweeping the Astros in just four games. Brosius, in particular, had a superlative performance, going on to win MVP for the series. 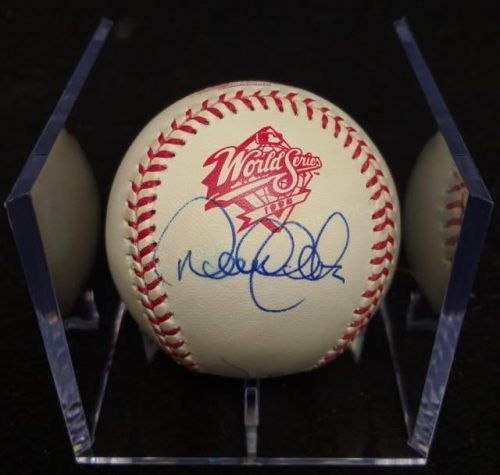 This vintage hockey stick is signed by several notable players of the mid to late 70s New York Rangers lineup, including Hall of Fame center Phil Esposito, right wing Anders Hedberg, and right wing Ed Johnstone. Under the tenure of these players, the Rangers were highly competitive, making the Stanley Cup finals twice (once in 72 and again in 79).

One of the greatest players of all time, Jackie Robinson, graced the cover of TIME in this September 22, 1947 edition of the weekly print magazine. Clad in his iconic Brooklyn Dodgers cap (before their move to Los Angeles), the player sits nestled amongst a field of baseballs. Matted and framed, it’s a refined piece that’ll be a nice addition to an existing art collection, adding a bit of a sporty feel for a nice change of pace. 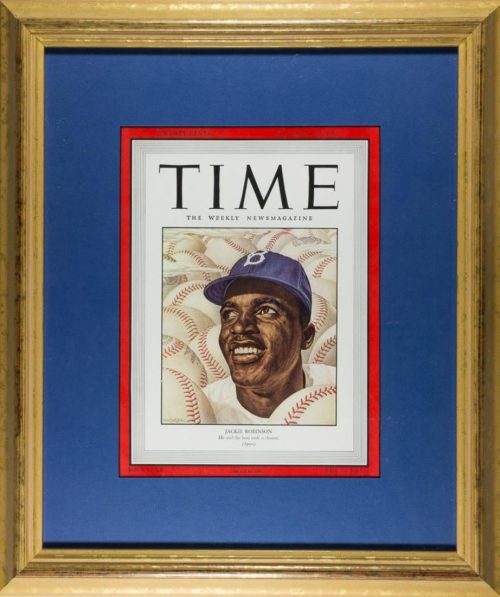 Just as much a part of sports as the game itself, Coca-Cola has been a mainstay of entertainment and leisure for decades. However, there’s something inherently American about including baseball and Coke together, making this old framed ad great for lovers of all things retro. The ad features portraits of several Hall of Fame baseball players including Miller Huggins, Eddie Collins, Connie Mack and John McGraw. Looking at it is almost enough to make your mouth water for that classic red can. 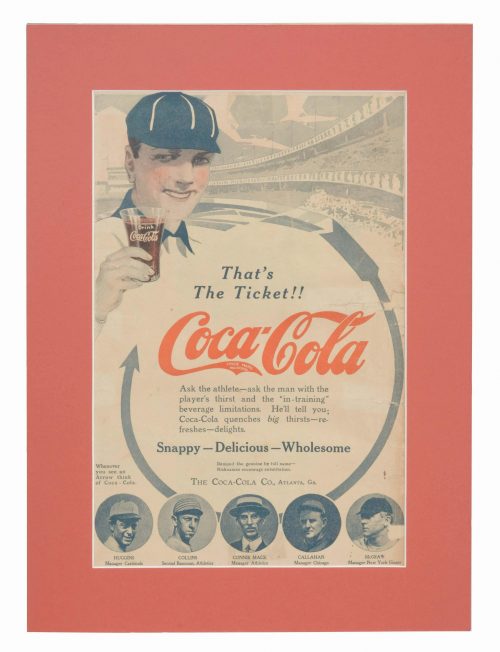 Phillies fans (or perhaps, Phanatics) will fondly remember slugger and first baseman Ryan Howard. The Big Piece played for Philly’s finest for a significant portion of his career, winning the MVP Award in 2006 and achieving  All-Star status three separate times. Of course, he was also a part of the 2008 World Series-winning team. This signed Rawlings ball also comes with a hologram sticker to help authenticate that it’s a real original. 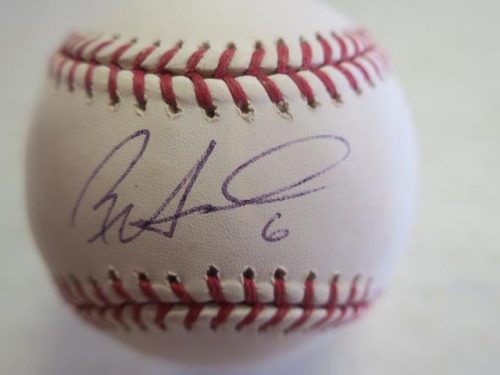 Signed by Hall of Famers Mike Ditka and Eric Dickerson, this is official Wilson NFL football is one longtime NFL fans are not going to want to miss. Ditka, of course, you may know from a little Saturday Night Live sketch or as the Head Coach of the Cowboys, Bears, and Saints (respectively). Dickerson played (mostly famously) running back for the LA Rams, while also playing for the Colts, Raiders, and Falcons. This ball is a chance to bring home some signed swag from two of the sport’s best and brightest.

Another Phillies legend, Steven Carlton played for the team for most of the 1970s and 1980s where he led the team to their 1980 World Series win. Additionally, Carlton was the first pitcher to win four Cy Young Awards in baseball, placing him in a certain rarefied air among his peers. Finally, the ball comes with protective, high-quality glass to ensure it’s safe and sound in your collection. 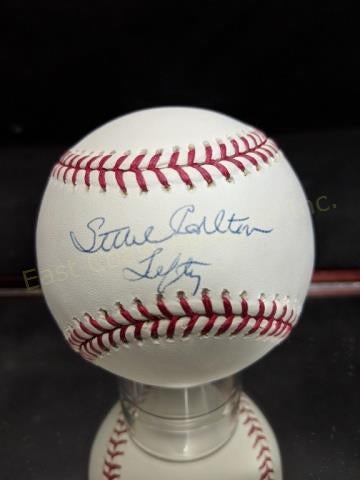 Despite how events have since tarnished his legacy, Lance Armstrong is still widely considered to be one of the best athletes ever. This signed jersey commemorates his six Tour de France victories in a special signed USPS jersey. Part of a numbered edition of 100, this jersey is a must-have for any cycling enthusiast. 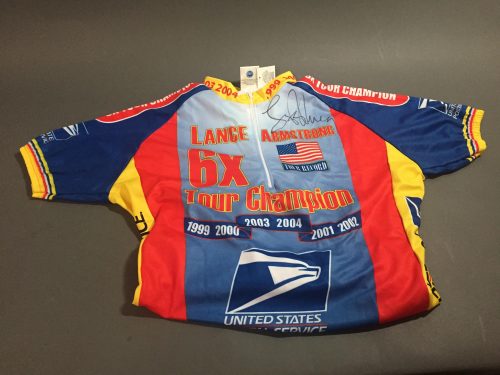