It’s been one heck of a wait for new episodes of Stranger Things, hasn’t it? We haven’t been back to Hawkins since summer 2019, when the action-packed third season of the period horror series unleashed all kinds of twists and turns on fans, not to mention those seeking employment at the Starcourt Mall.

Mind Flayers aside, the good news is that Netflix promises new episodes are on the way soon — if not by the end of 2021 then by early 2022. And we all know that friends don’t lie, right? Even better news is that the show has added a slew of new characters to look forward to, including one played by Freddy Krueger himself, horror legend Robert Englund.

While we don’t know much about the new season’s storylines other than the vague tidbit that it sets up a “definitive ending at some point,” we do know that Hopper (David Harbour) survived the Season 3 finale and he is currently imprisoned … in Russia. (Hands up if you can’t wait to see how the small-town police chief gets out of that one.)

Win Eggos and maybe even your life with this Hasbro card game inspired by the Netflix series. Naturally, everyone will fight over who gets to be Eleven as you try and get rid of all your Eggo cards and survive the Upside Down, but the good news is that you can also play as Will, Mike, Lucas, Dustin, Hopper or Barb. The game is designed for two to six players aged 14 and up, which makes it a great set to bust out during your next viewing party.

You’re going to need something to snuggle up under when hiding from those Demogorgons and Mind Flayers, so why not stay on theme with this soft and comforting fleece throw? It’s big enough for one or two people to fit under comfortably, or when you do leave your house after binging the latest season, you can also bust it out and use it as a picnic blanket or a throw at your next drive-in movie night (because both you and the show are retro like that). 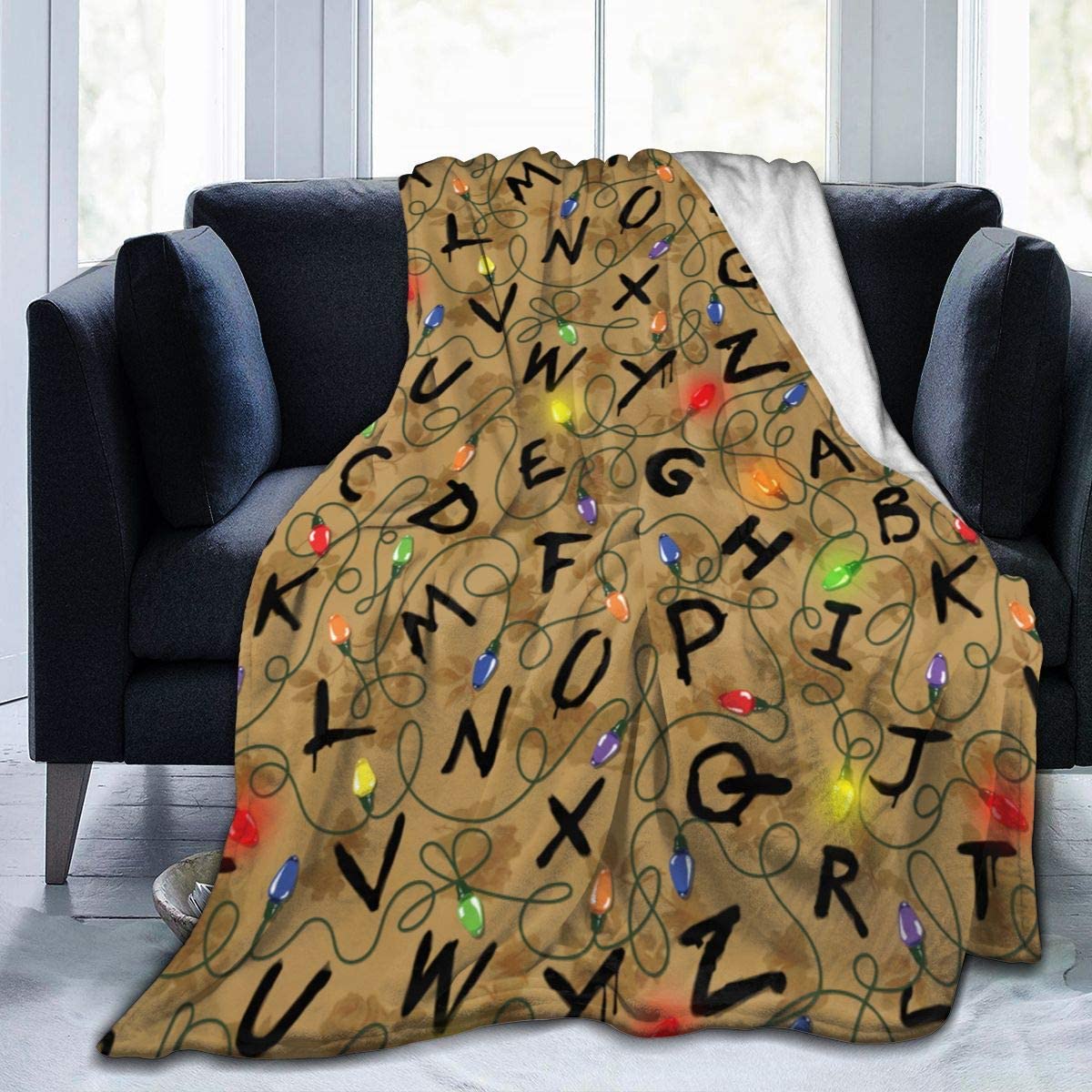 3. LEGO Stranger Things The Upside Down

Bring The Upside Down to life in your own living room, while working off some of the nervous energy you have following the latest nail-biting episode of the show. This 2,287-piece Lego set is a commitment to put together, but it also gives you a hobby while you wait for new episodes to unroll. Plus, when you’re done you can either proudly display it in all its glory, or unpack it and build it up again, perhaps in conjunction with another Lego set for adults. 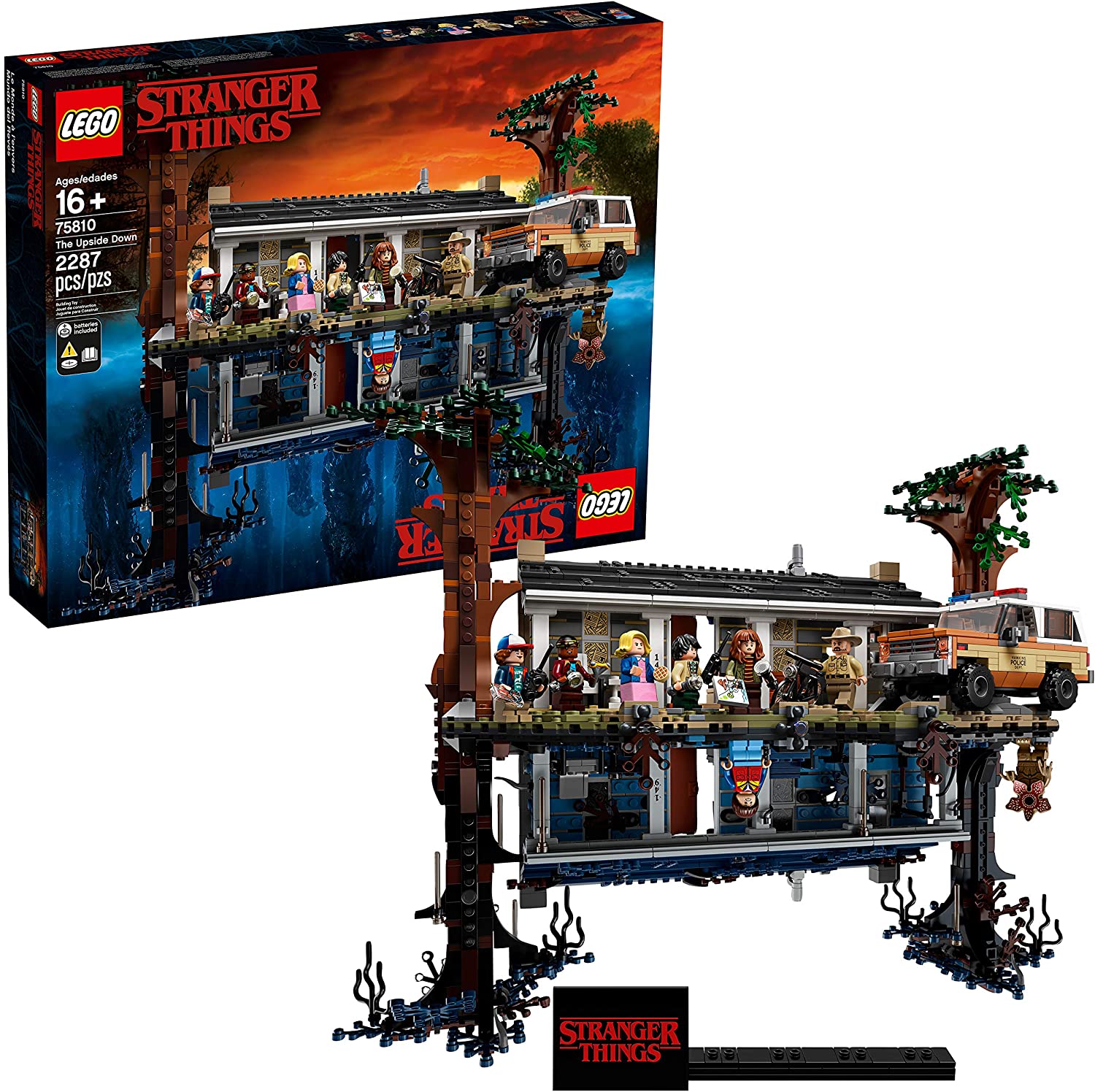 LEGO Stranger Things The Upside Down

If you’re among the contingent of Stranger Things fans who stan Dustin’s memorable one-liners and his sense of humor during some of the show’s more intense moments, then strap on your trucker cap and grab yourself one of these mini Funko Pop keychains. Not only will it add instant personality to your keys, but it could also be a conversation starter with the cute new girl at school. 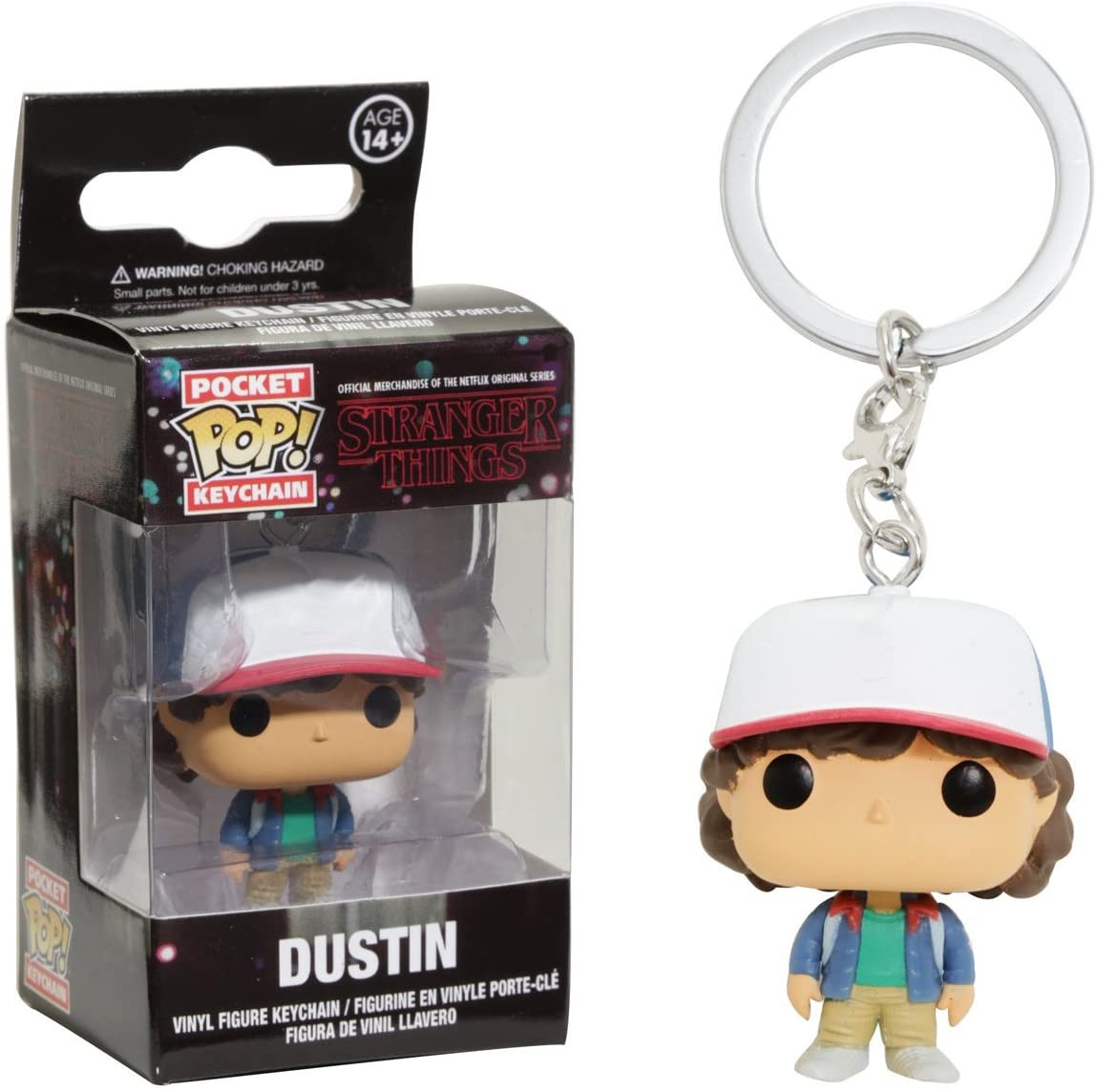 Lucas may be one of Stranger Things’ most underrated characters. Not only does he sport a cool bandana and put his core group of friends above everyone else, but he’s often the voice of reason and he isn’t afraid to break out on his own when he needs to (remember that time he went off to save Will back in Season 1?). Celebrate his overall awesomeness with a sweet Funko Pop, which is a nifty addition to any collector’s set. 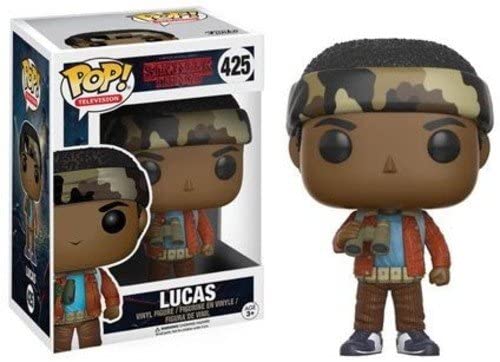 Want to be the ultimate babysitter like the one and only Steve Harrington? That may be a tall order, but you can come close with this fresh babysitters club t-shirt. The unisex shirt comes with rolled-up sleeves for a modern but retro vibe, and of course, the man of the hour is fully commemorated — shades and all — front and center. 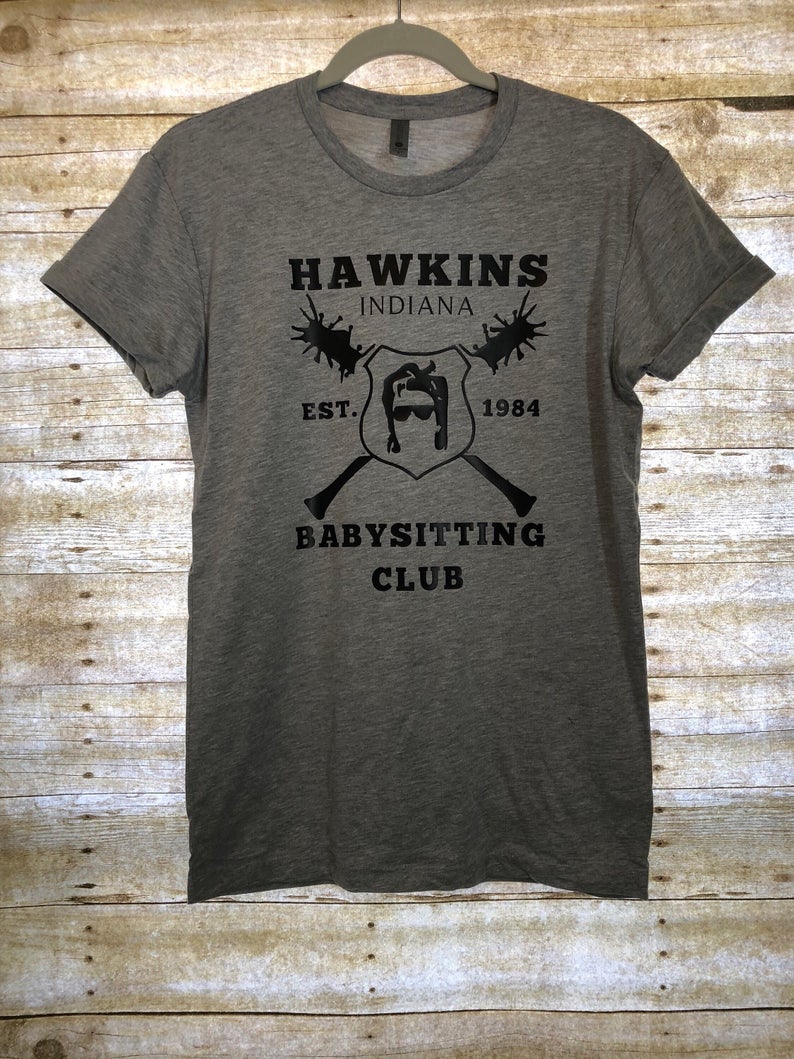 Make your fandom all kinds of meta with an actual Stranger Things D&D starter set, which comes in a replica of the 1983 box shown on the show. According to the series, Mike, Lucas, Dustin and Will have played D&D since at least 1979, so this real-life collaboration makes total sense. The game has all the essentials you need to start playing in the Upside Down with your best buds, plus there is a Demogorgon figure that you can paint and customize. 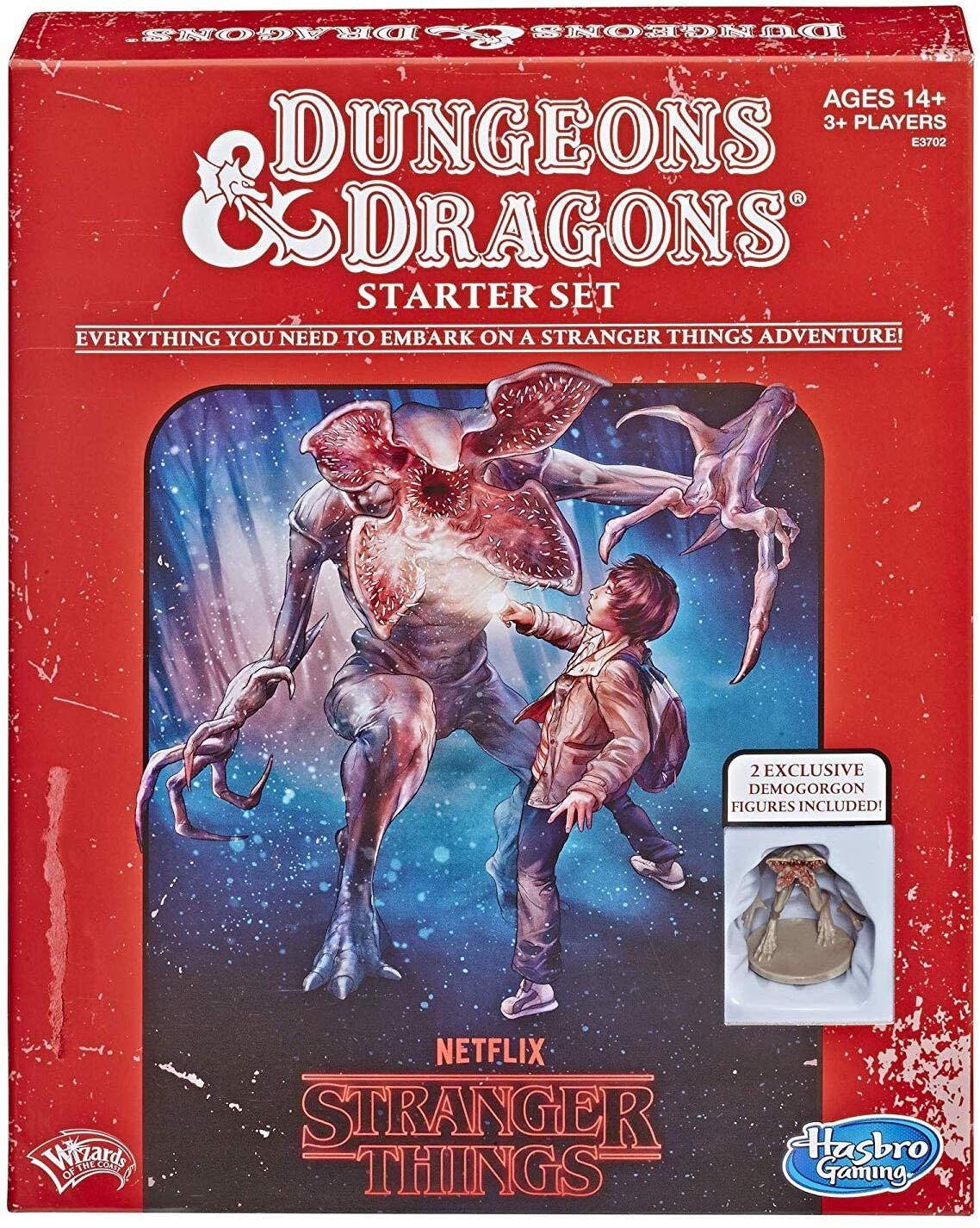 Even people stuck in The Upside Down need to eat, and Eggos don’t always cut it. Invest in this themed cookbook and you can whip up items based on scenes from the series for your next viewing party. Or, if you’re in need of a little comfort food as you await the resolution to that latest cliffhanger, you can always nosh on dishes like Hopper’s Dinner Sandwich, Mrs. Wheeler’s Condolence Casserole, or the Fun Fair’s Corn Dog. 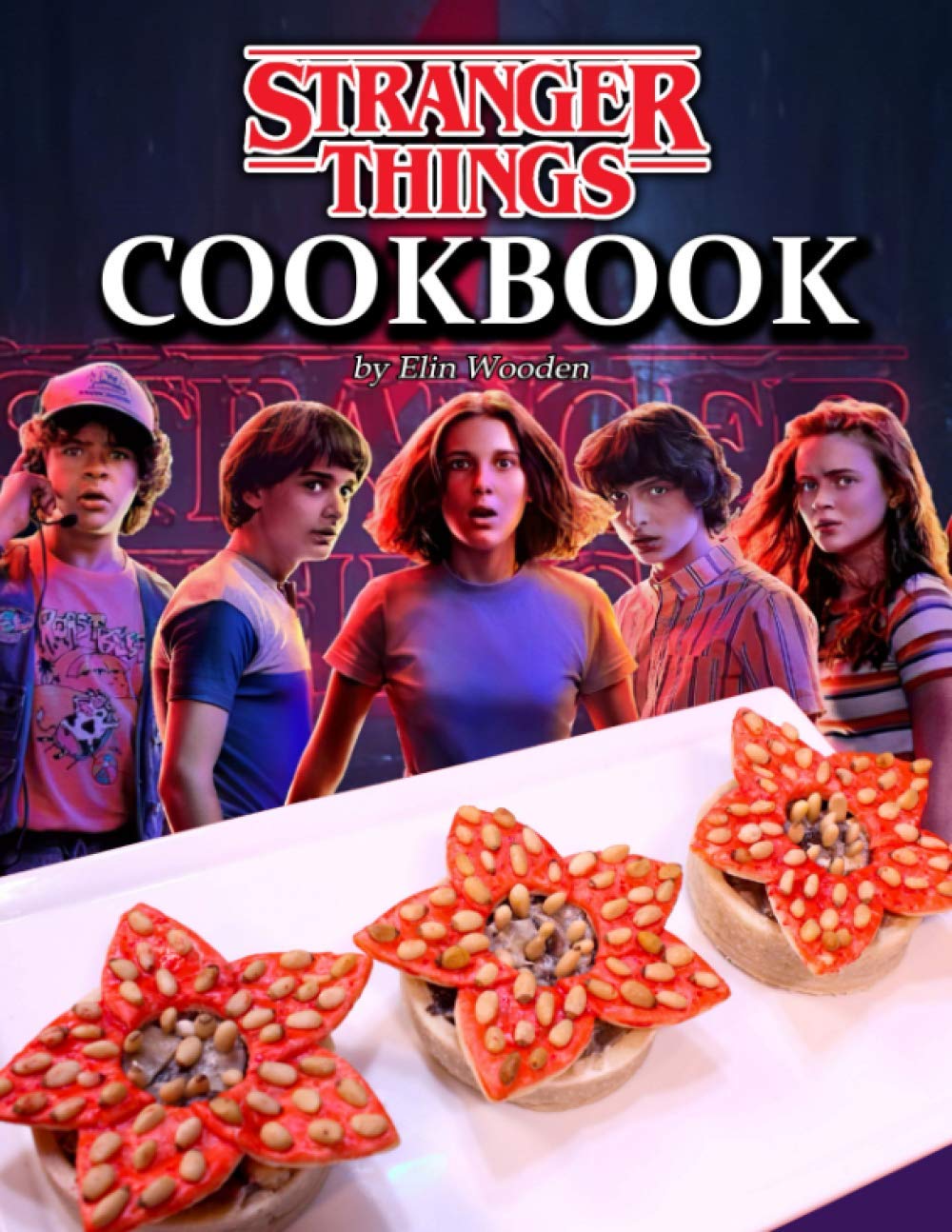 Add instant art to a living room, bedroom or home movie theatre with this colorful graphic print. All of your friends are there, from Hopper and Joyce to the kids and El. Even Barb has a prominent place in the piece. Not only is it a vibrant fan addition thanks to the bold colors, but those hues are meant to last thanks to the use of fade-resistant archival ink. (Which didn’t quite yet exist in the 1980s, but we can forgive that small detail for the sake of art.) 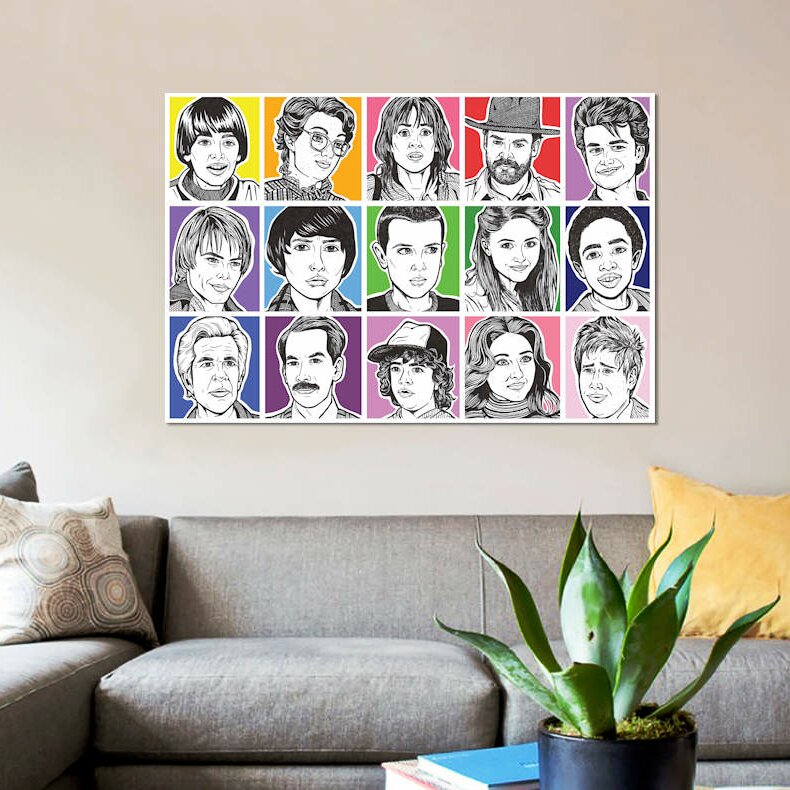 In case you needed a reminder of one of the show’s cardinal rules, this hoodie is here to spout some wisdom while also keeping you warm. It’s comfy enough to wear inside while binge-watching a few new episodes, but it should also keep you snug when you dash outside and start running away from things that go bump in the night — like vines that grow randomly and chase you. 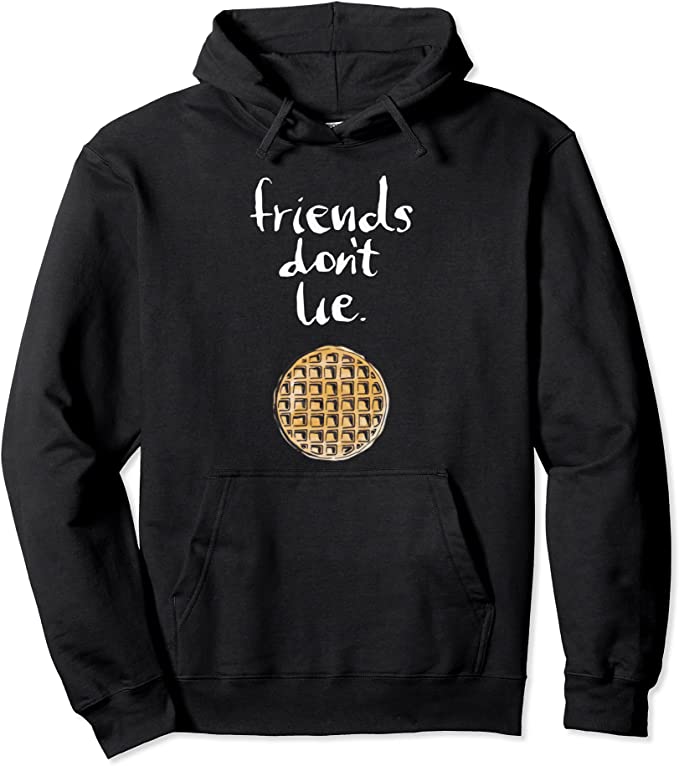 11. Stranger Things Welcome to the Upside Down Door Mat

If home is where the heart is, then home is also where you’re allowed to show off your fandom for Stranger Things, judgment-free. Give guests the memo with this perfectly on-brand doormat. Sure it’s a clever nod to the show’s terrifying underbelly world, but it’s also fair warning that your pad is a unique space. 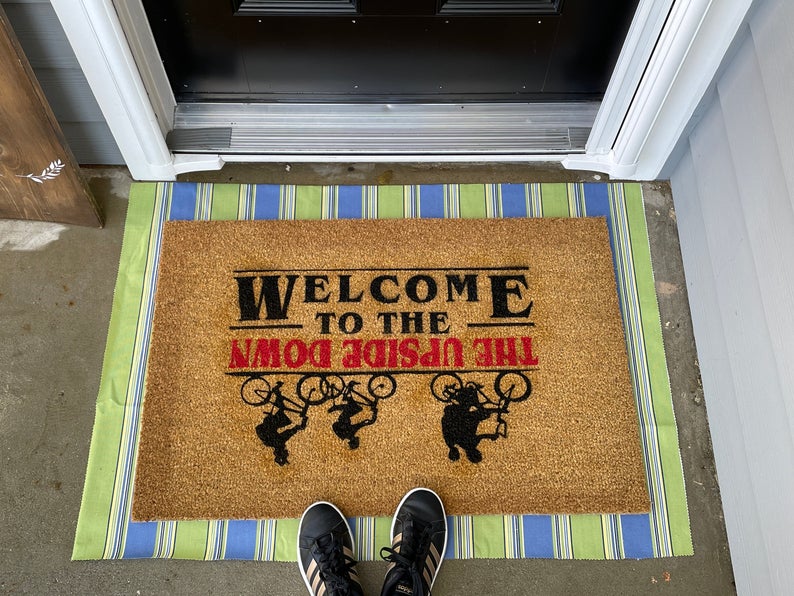 Stranger Things Welcome to the Upside Down Door Mat

Relive your love for the series by going back to the very beginning, when the show hit us with nostalgic tunes that really set the mood. From The Clash, to The Psychedelic Furs, to Devo, Bon Jovi and New Order, this 30-track set is a total throwback to the 1980s and is guaranteed to send any vinyl-loving fan on a nostalgic trip. 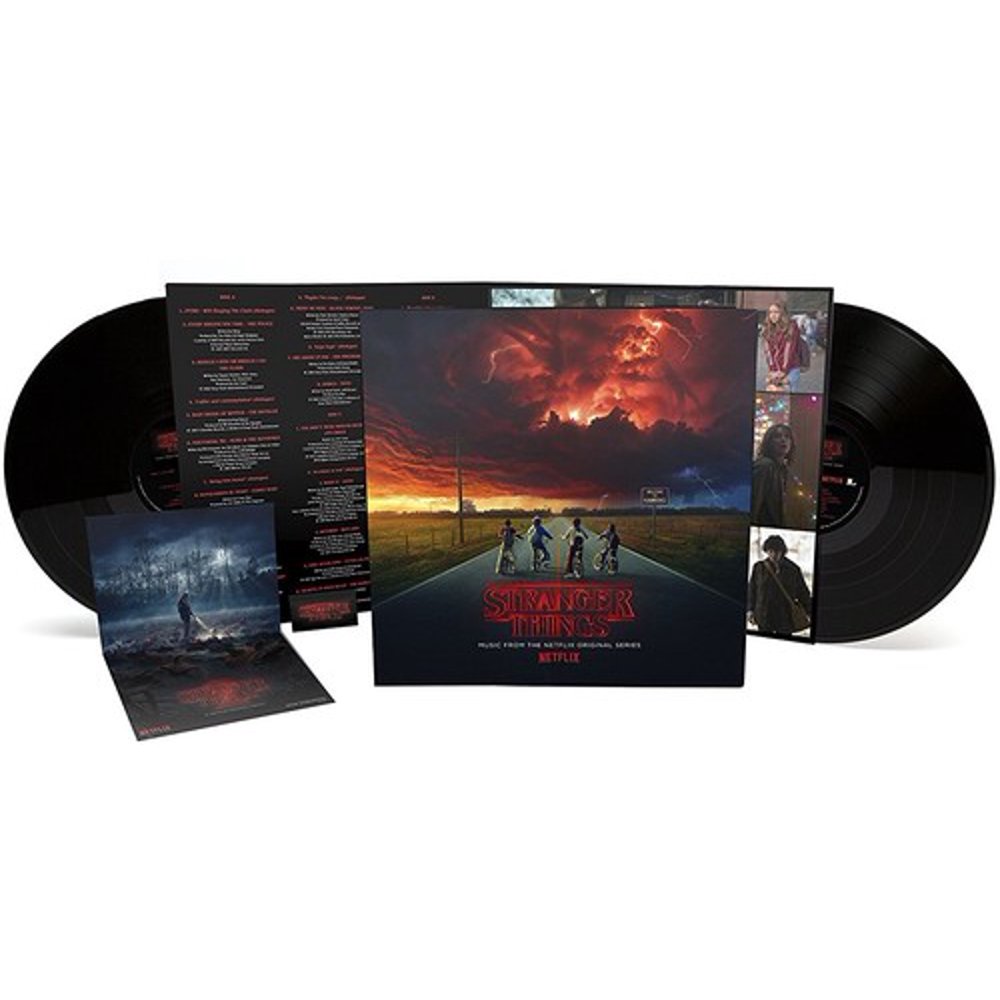 Stranger Things Welcome to the Upside Down Door Mat

If you were just as enamored as Dustin was over Max’s sweet ride in Season 3, get your hands on your own set of wheels with this special edition bike. Sure it’s a kid’s ride, but if we’ve learned anything from 80s films it’s that a tall lanky guy always ends up riding a bike that’s much too small for him anyhow. Plus, this one has special adornments from the show and plenty of safety features, making it a sturdy ride the next time you’re pedaling for your life. 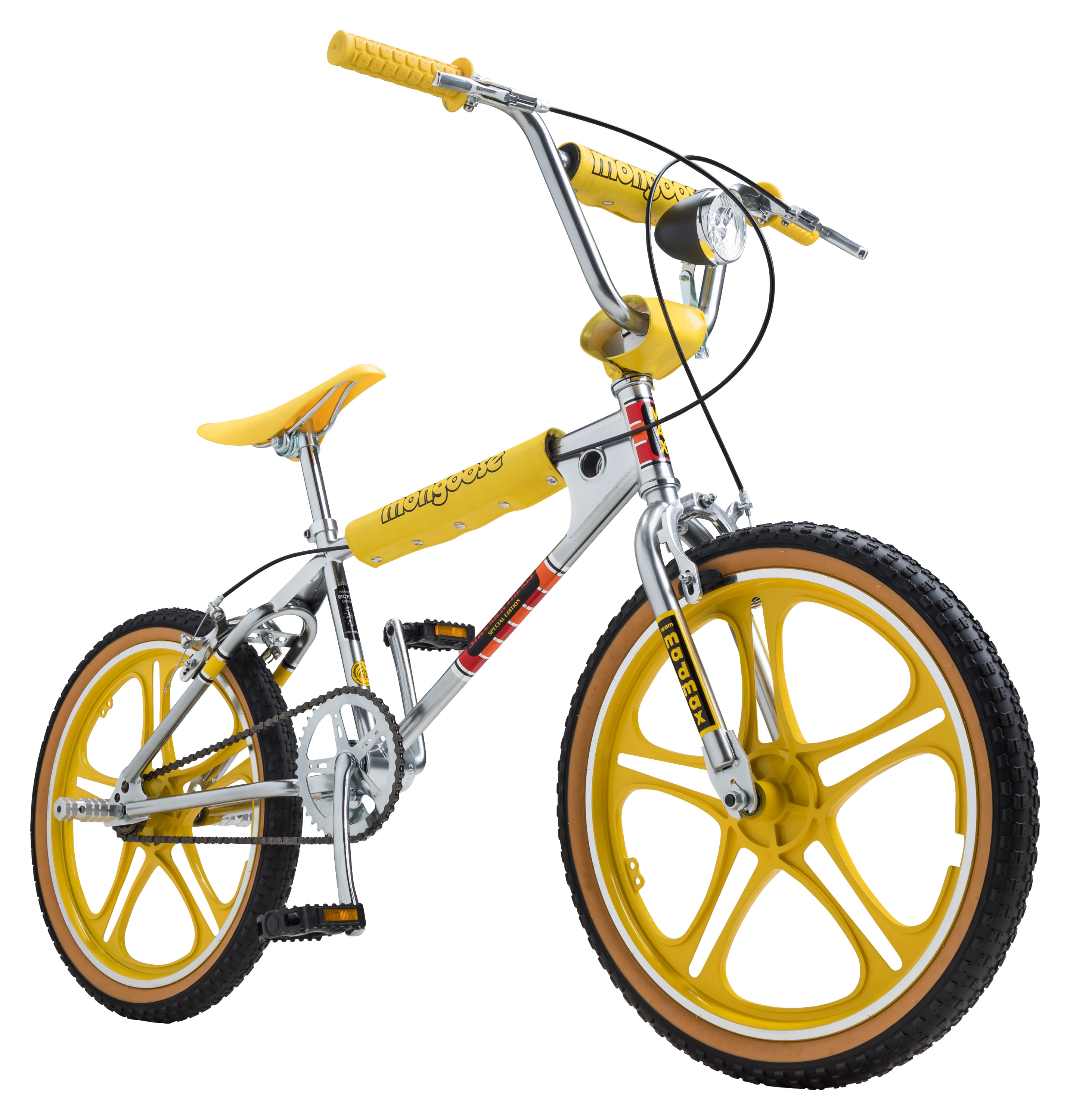 Make any backpack or purse just a little more colorful and retro with this five-piece set from Grumpy Buttons. Each pin features an iconic moment or item from the show, making it a great set to gift to a super fan or to pick up for yourself. After all, you never know when you’re going to have to warn someone that you too are a mouth breather. 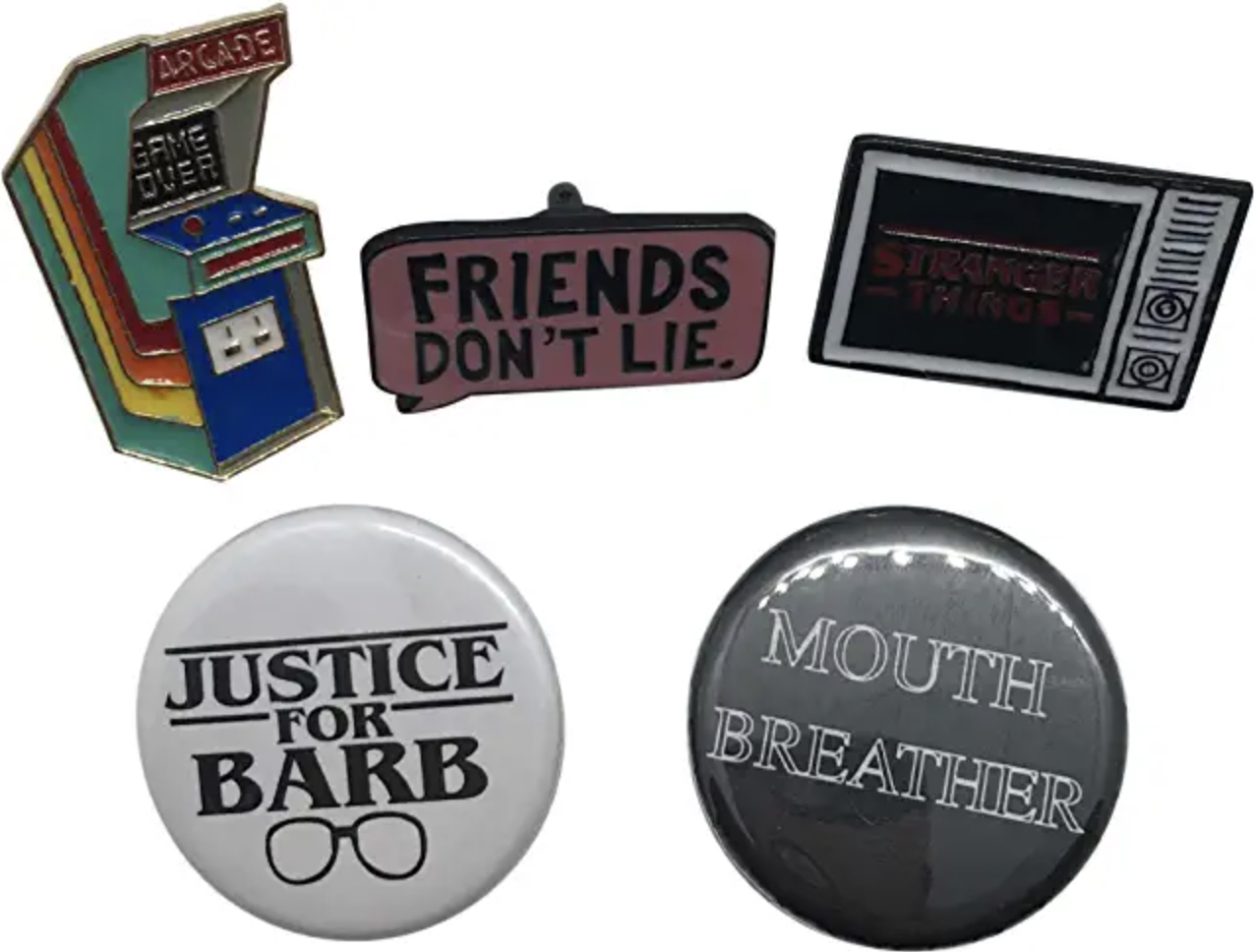 15. Mornings are for Coffee and Contemplation – Glass Coffee Mug

Keep mornings even simpler than Hopper with a Stranger Things-inspired coffee mug. It features the character’s famous words printed in the show’s signature font, making it a thoughtful unisex gift for any java lovers out there. Or, considering you may need some fuel to binge through the latest season when it does drop, pick one up for yourself, too. 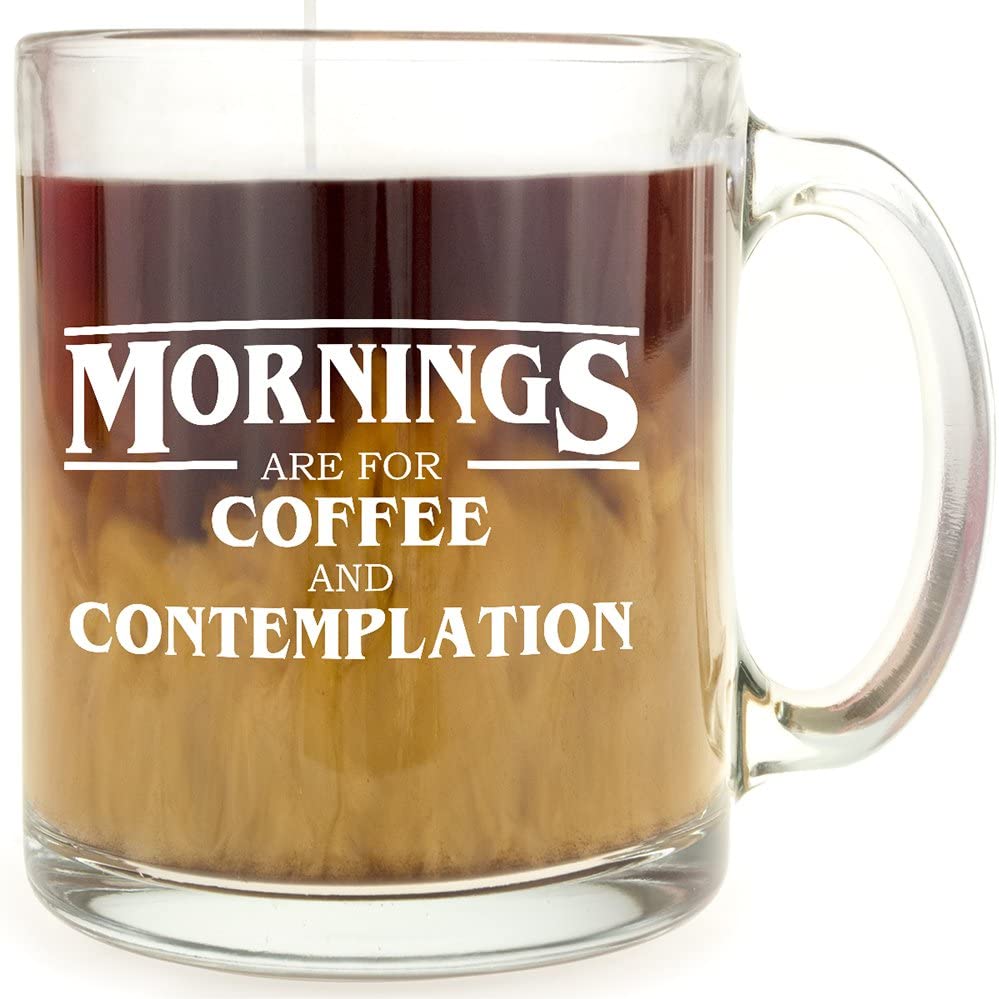 Mornings are for Coffee and Contemplation - Glass Coffee Mug

Make your next coloring night a little more retro by busting out these Stranger Things-inspired pencil crayons. Stranger Colors feature hues like “Shadow Monster,” “Nancy Tealer” and “Snowball Dance,” making them the perfect gift or all kinds of fans. (When you know, you know.) 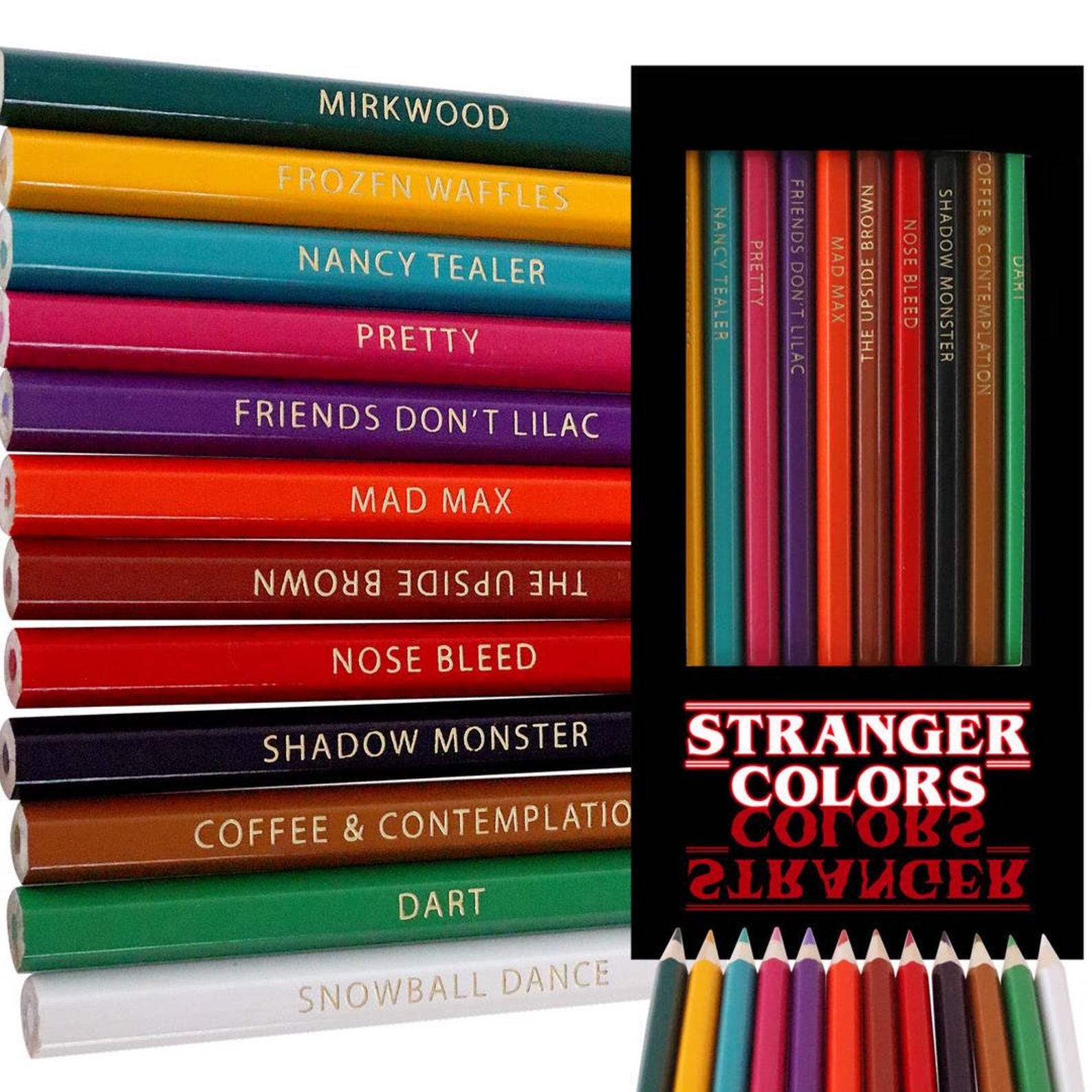 If you’ve burned your Eggos again and want to fill your pad with a more desirable scent, this show-inspired candle ought to do it. Sure, the actual, nautical-themed ice cream parlor Scoops Ahoy was destroyed by the Mind Flayer on the series. But one whiff of “creamy butterscotch ice cream and freshly toasted waffles,” and you’ll be transported right back there. 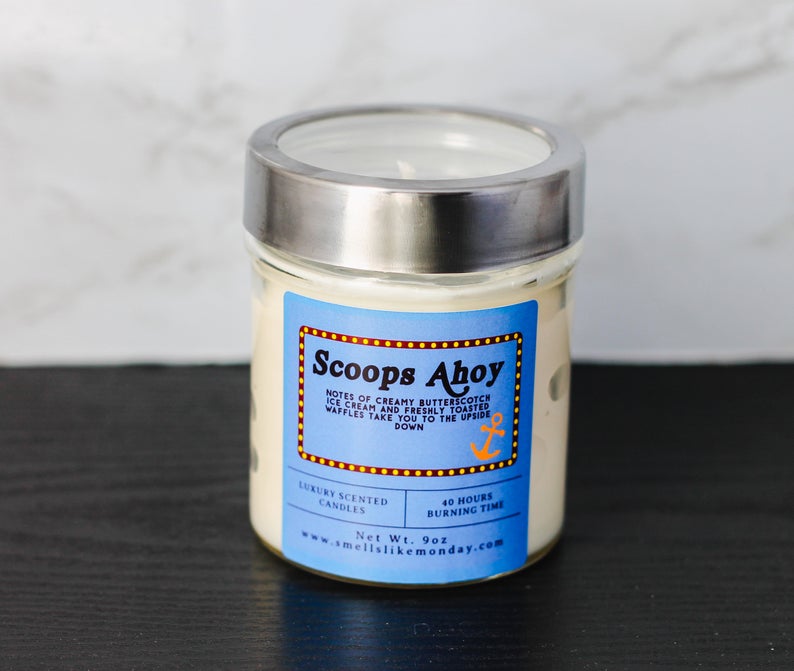 If you want to dig deeper into The Upside Down, Eleven’s strange powers, and all of the behind-the-scenes secrets from set you could possibly ever want to know, this official companion book makes a great gift. The New York Times bestseller digs into everything from the first two seasons, so get reading for an instant excuse to re-watch Seasons 1 and 2 with fresh eyes. 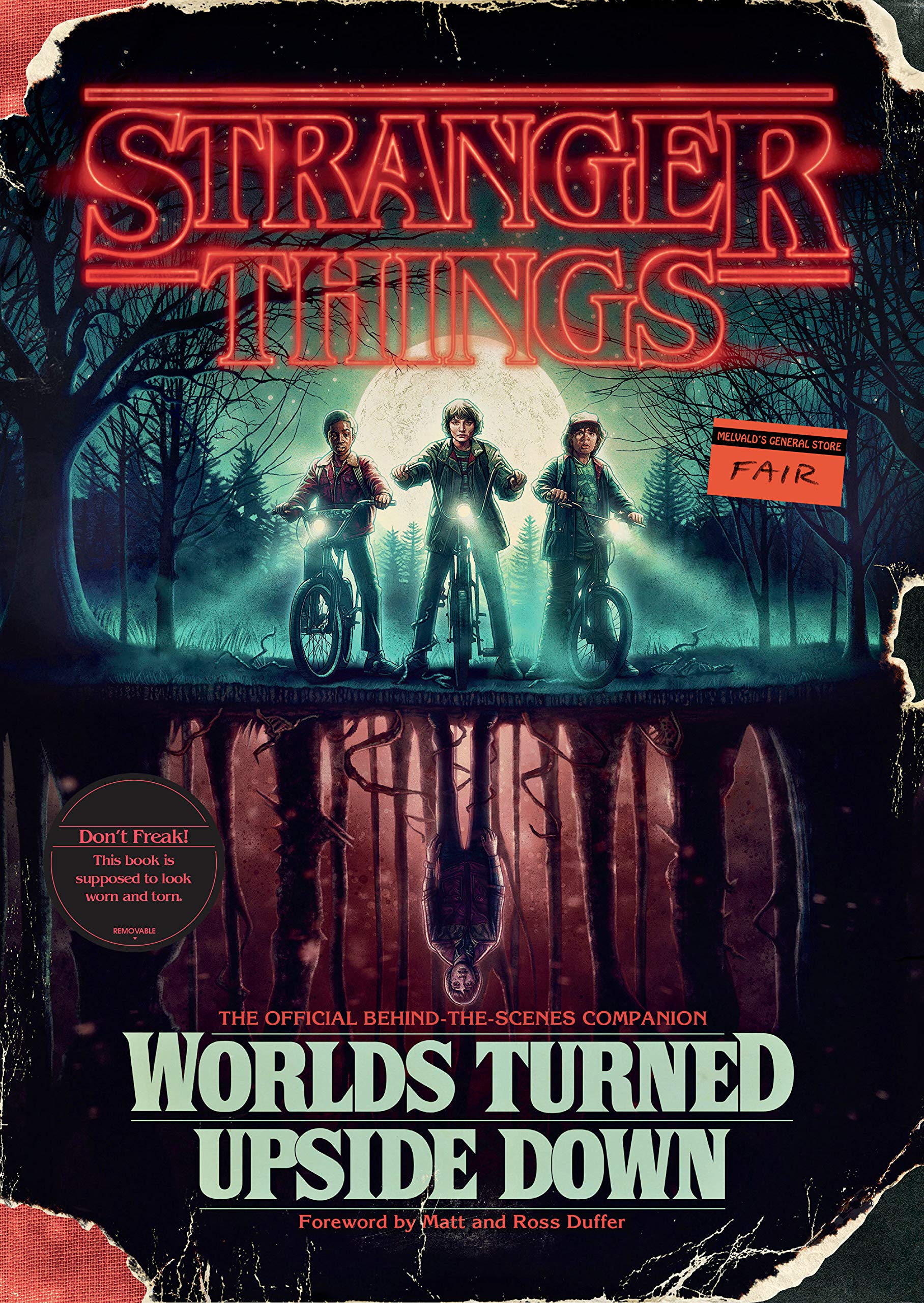