Is it a musician like Harry Styles or Billie Eilish? Maybe an actor such as Danny DeVito or Timothée Chalamet? Or maybe your favorite celebrity is a modern-day marvel like Snooki or Tiffany “New York” Pollard?

If you’ve never seen a celebrity prayer candle before, consider us shocked. These popular wax decorations have been making rounds all over the internet in the past couple of years as some of the best candles you can purchase online. Folks have dedicated entire Etsy shops to celebrity prayer candles, devoting their time and efforts to the craft.

But, why are celebrity prayer candles as popular as they are?

As per Public Religion Research Institute, the 2020 United States Census recorded that 23% of Americans categorize themselves as non-religious. This has steadily gone down since 2018 when the high point was up at 26%, but 23% is still a major chunk of the national population.

As for the younger generation of folks ages 18-29, one-third are religiously unaffiliated whatsoever, which is a massive number.

In addition to meme culture having taken over the forefront of the internet, celebrity obsession has maximized. Sure, celebrities in earlier years have been highlighted and gushed over, but now, it seems that some folks will full throttle defend a celebrity until their last breath. Nobody will ever snooze over the life of Pete Davidson, Kim K (in addition to the rest of her family) has become a cultural phenomenon and BTS? Don’t even get us started.

All in all, it’s just in good fun.

Curious to see which celebrities made the top of our prayer candle list? Check them all out below.

May our queen truly Rest in Peace. Celebrate Betty White’s life the best way possible with this celebrity prayer candle, perfect for your Betty White shrine. 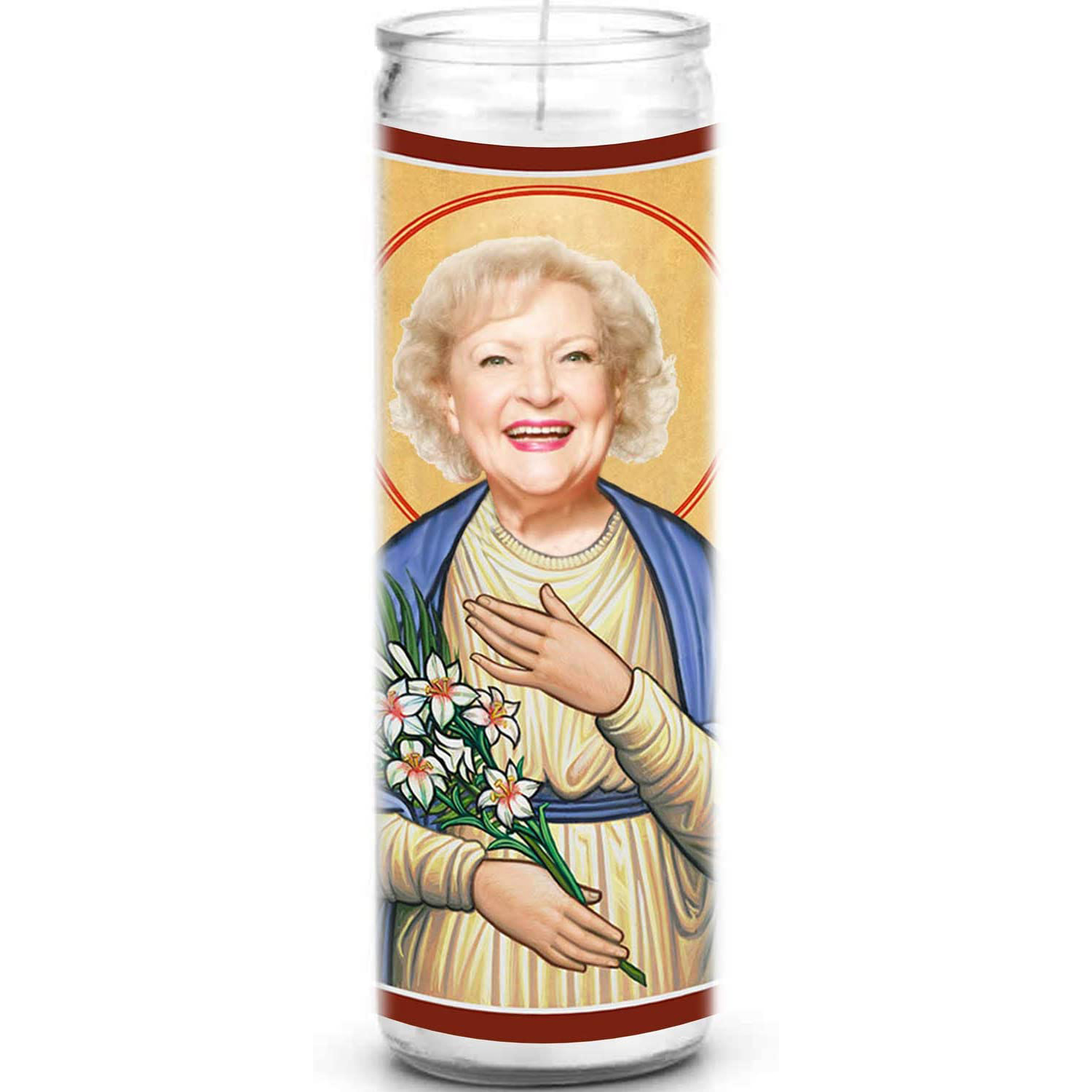 We couldn’t do Kim right without presenting you this iconic moment in American history. Behold: Kim Kardashian crying. 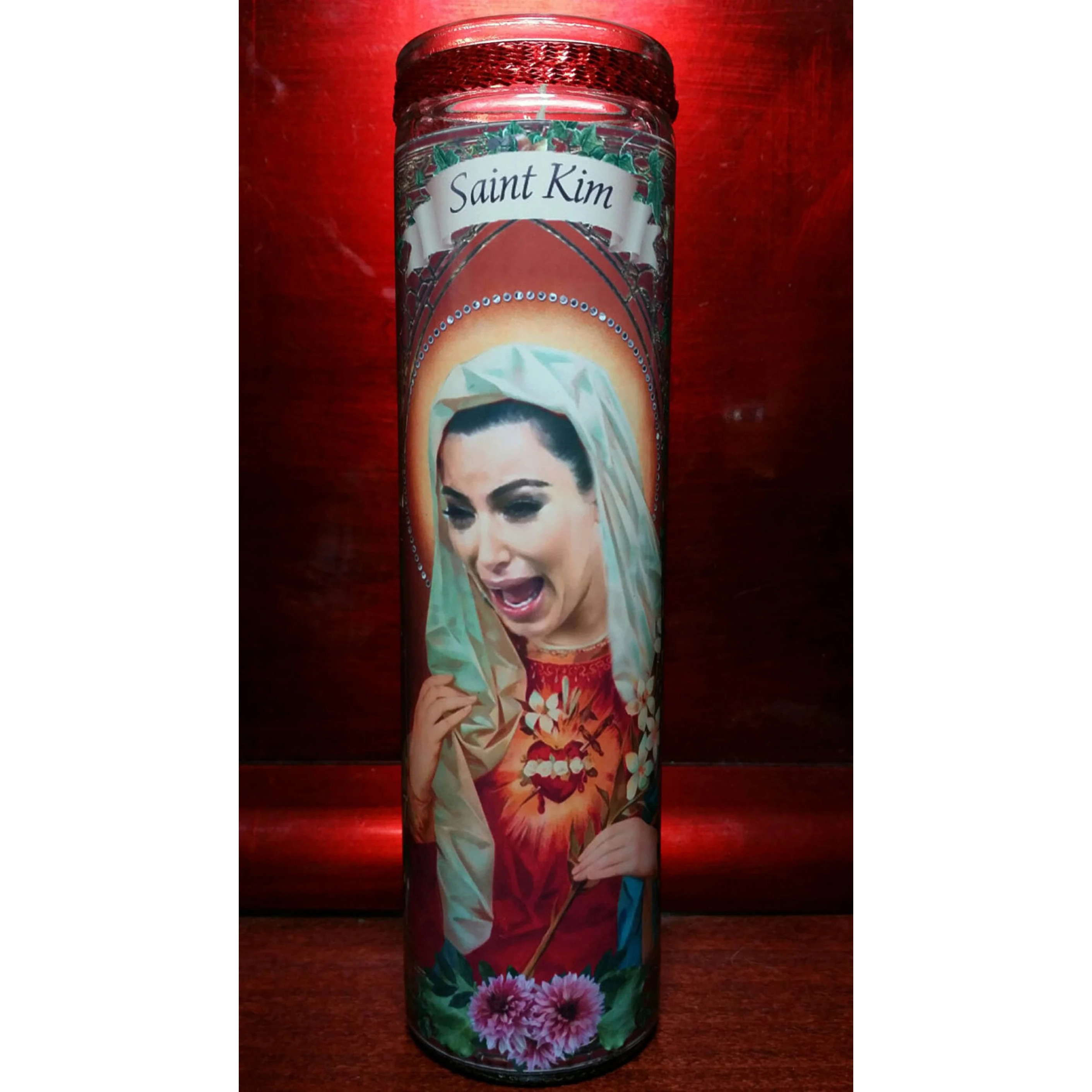 Everyone’s favorite Certified Lover Boy (and Degrassi alum) can be yours on a candle forever. 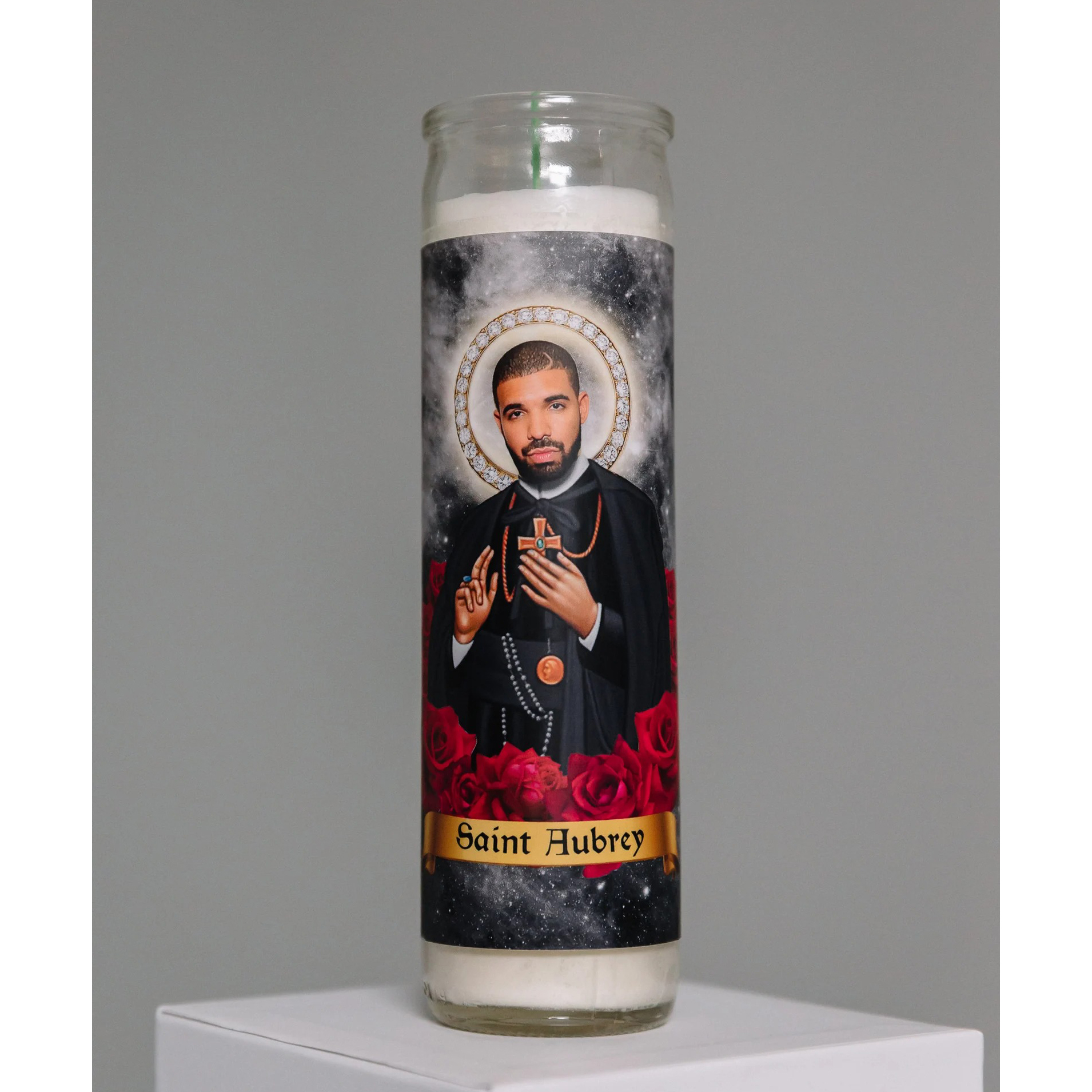 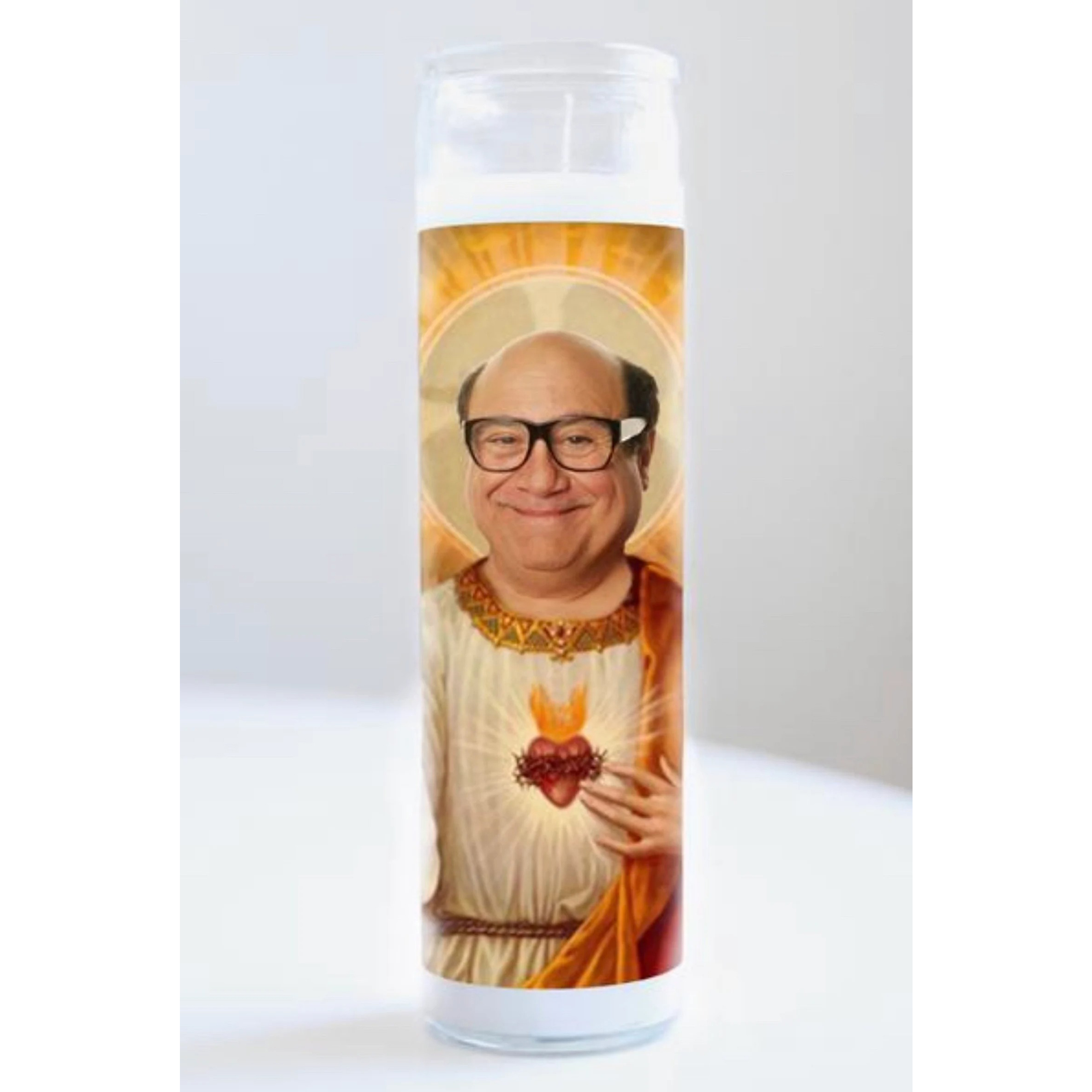 It’s Rihanna’s world and we’re all just living it. Celebrate the new billionaire, fashion mogul and… music maker? We think? With this candle perfect for your desk. 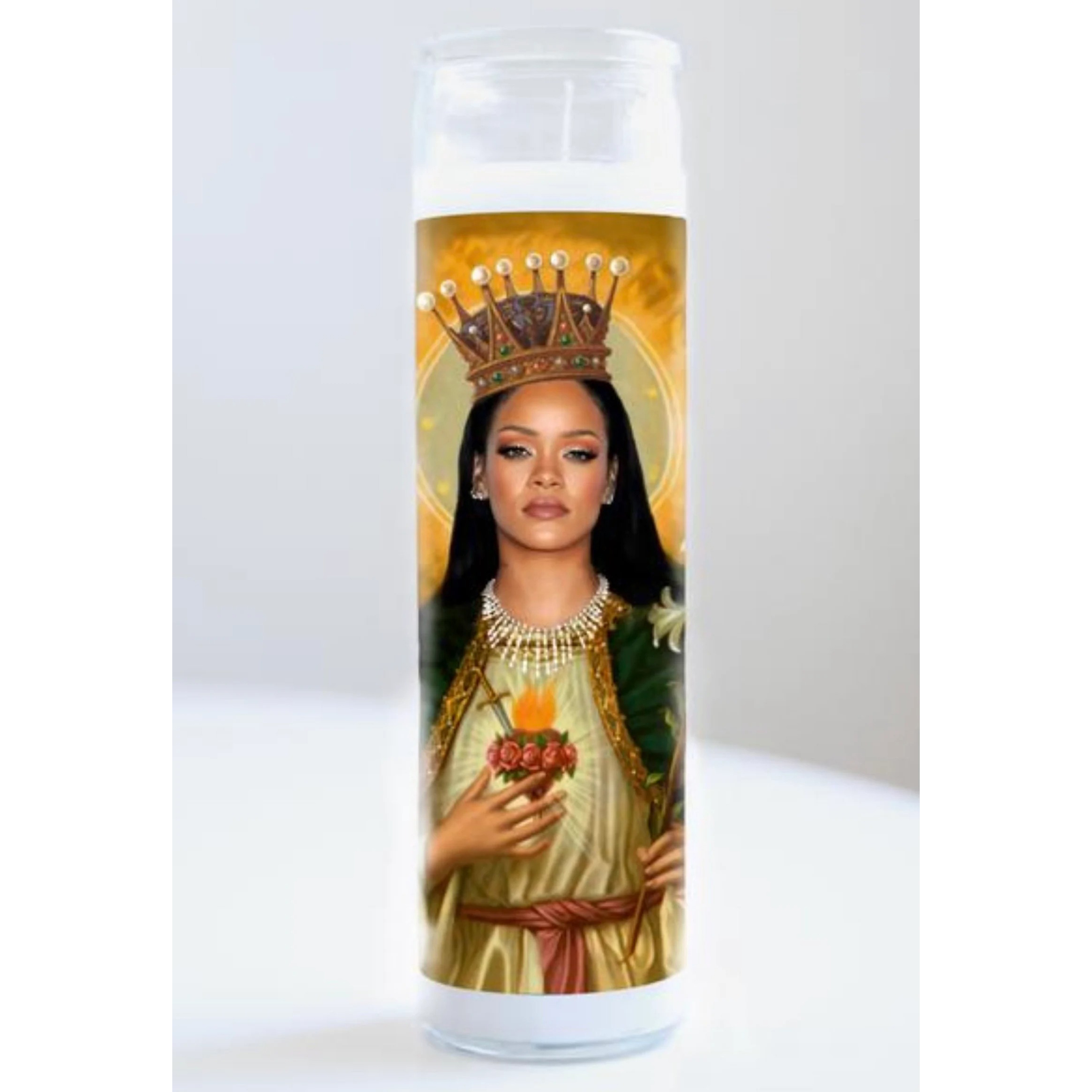 At this point, Pete Davidson is already the man of the year. Might as well celebrate that with a celebrity prayer candle featuring nothing but Skete’s smug face. 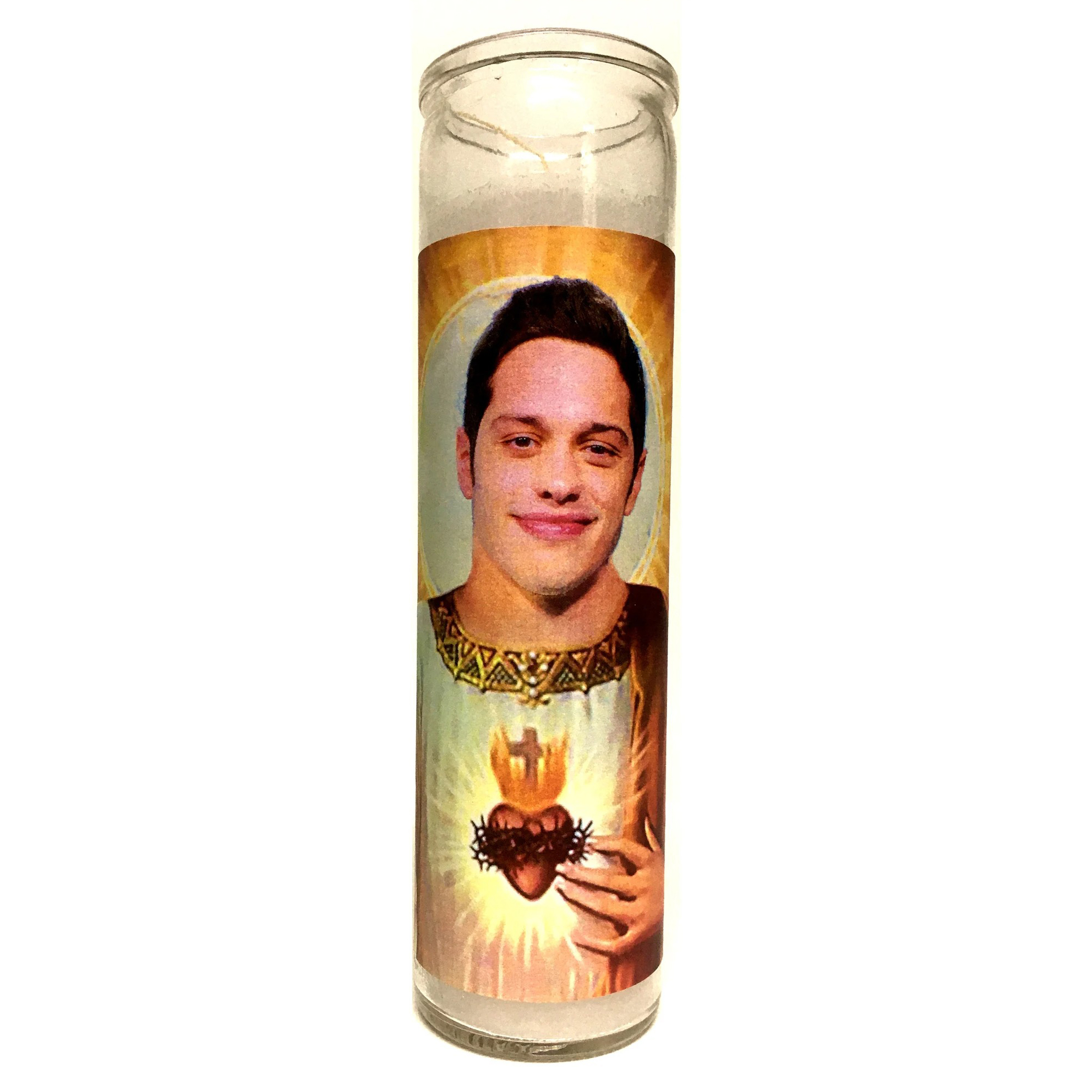 Mama Ru on a celebrity prayer candle? Don’t act like we don’t already own 5. 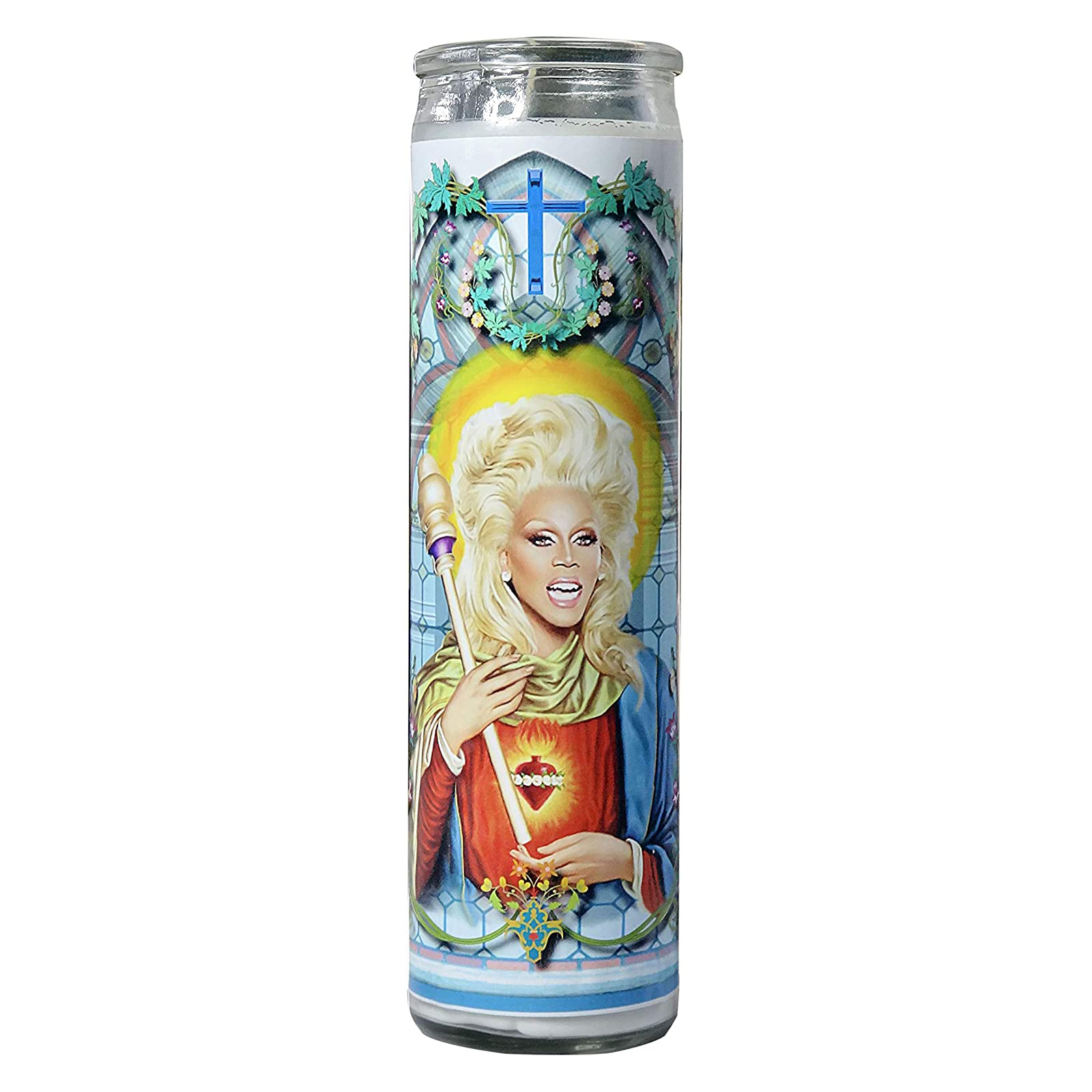 Of course, we worship Harry Styles, especially with his painted nails pictured below and all. 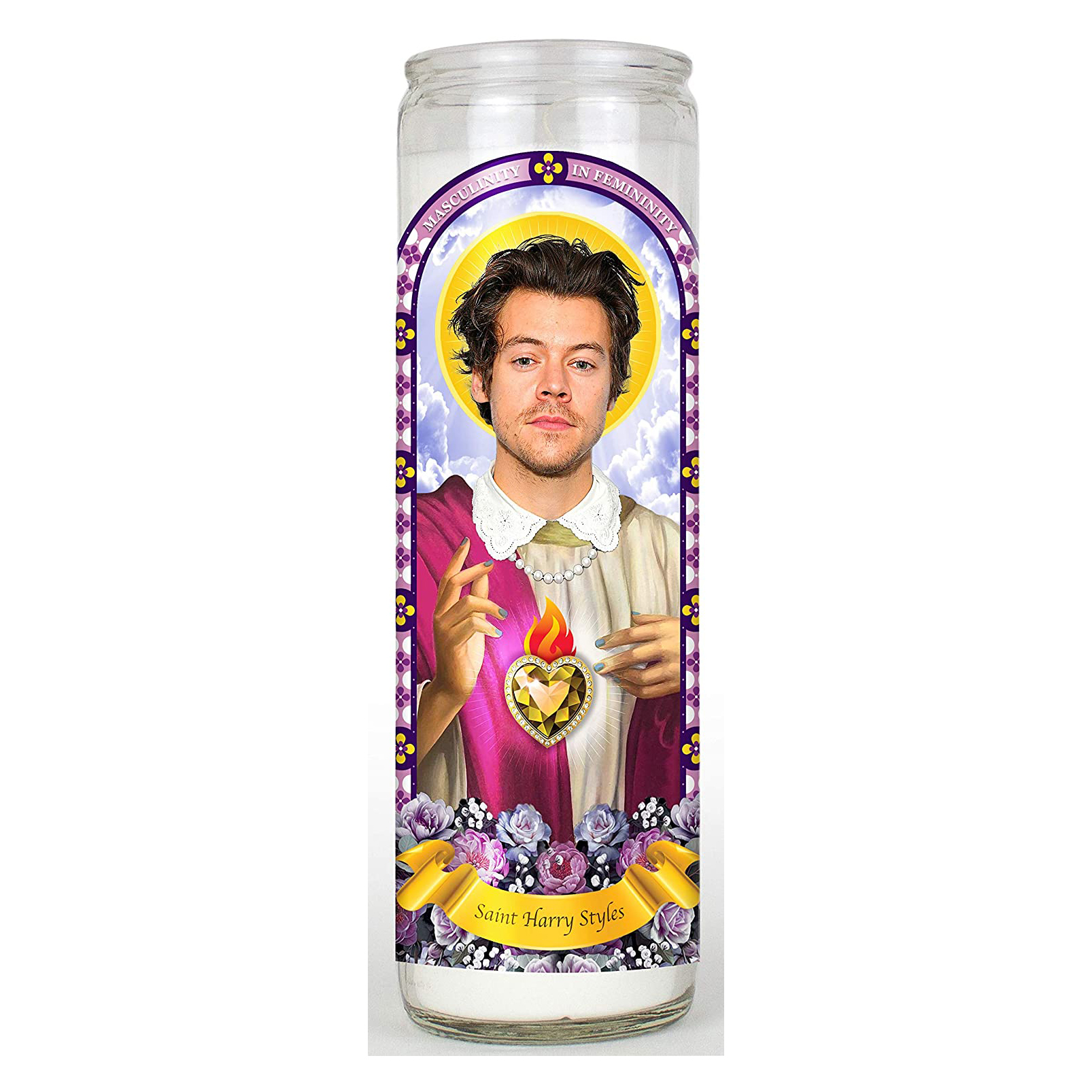 We figured we’d put BTS here because any lower might start a protest. And we don’t want that. We love you BTS. 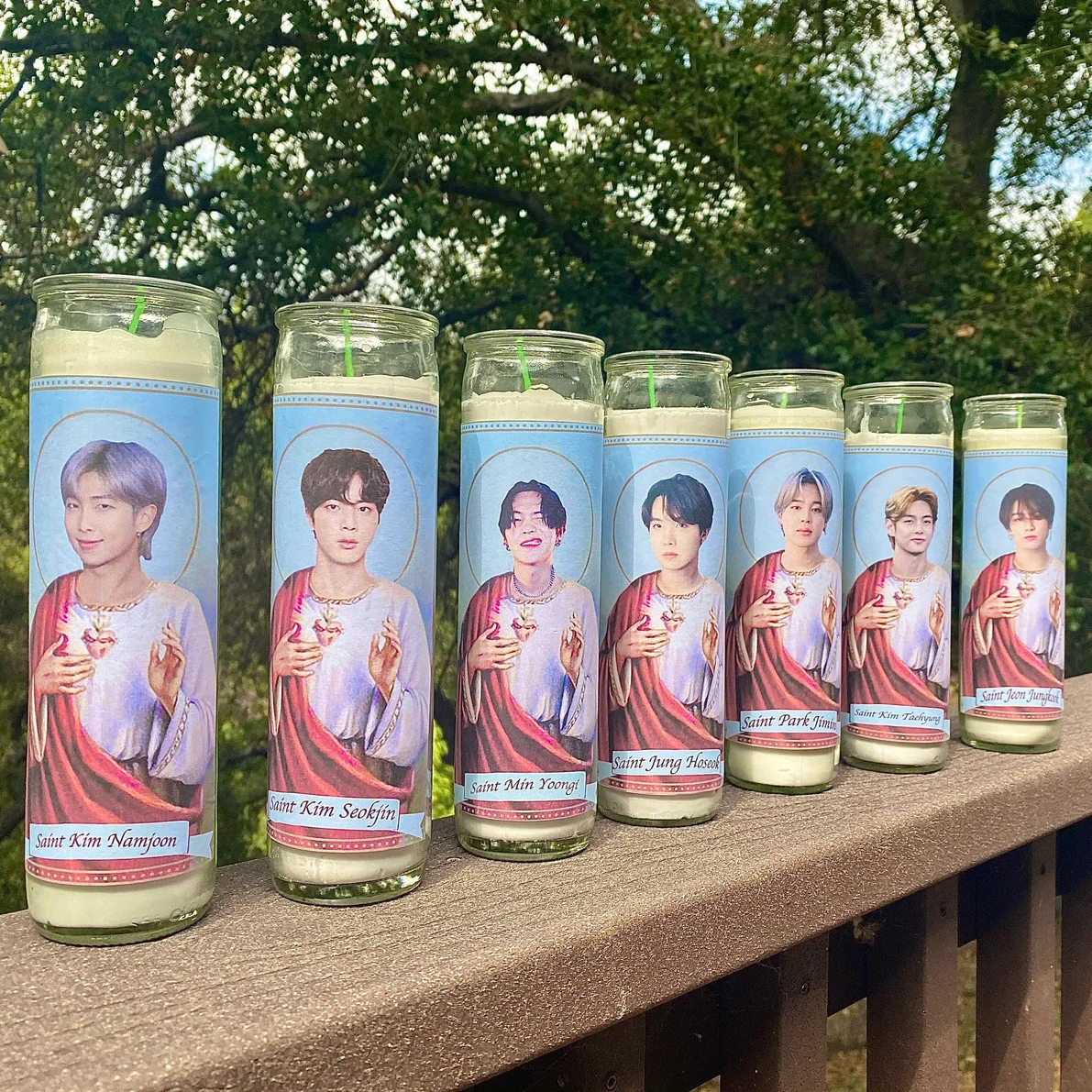 You simply can’t have a celebrity prayer candle roundup without Beyoncé. That would simply be unjust. 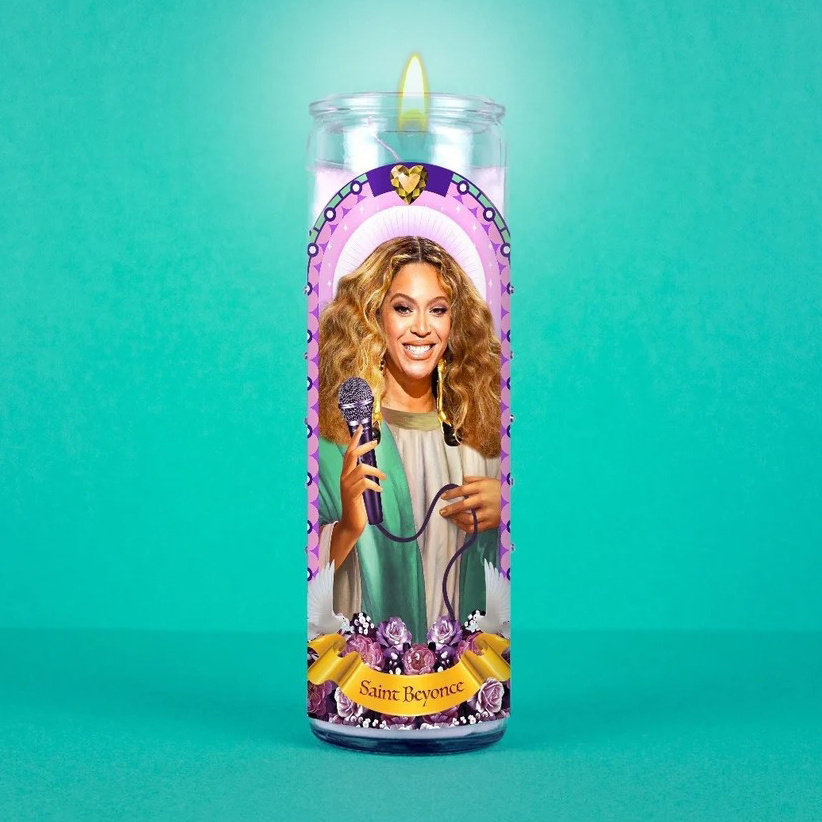 This one you can put right next to your Timothée Chalamet voodoo doll. What? Just me? 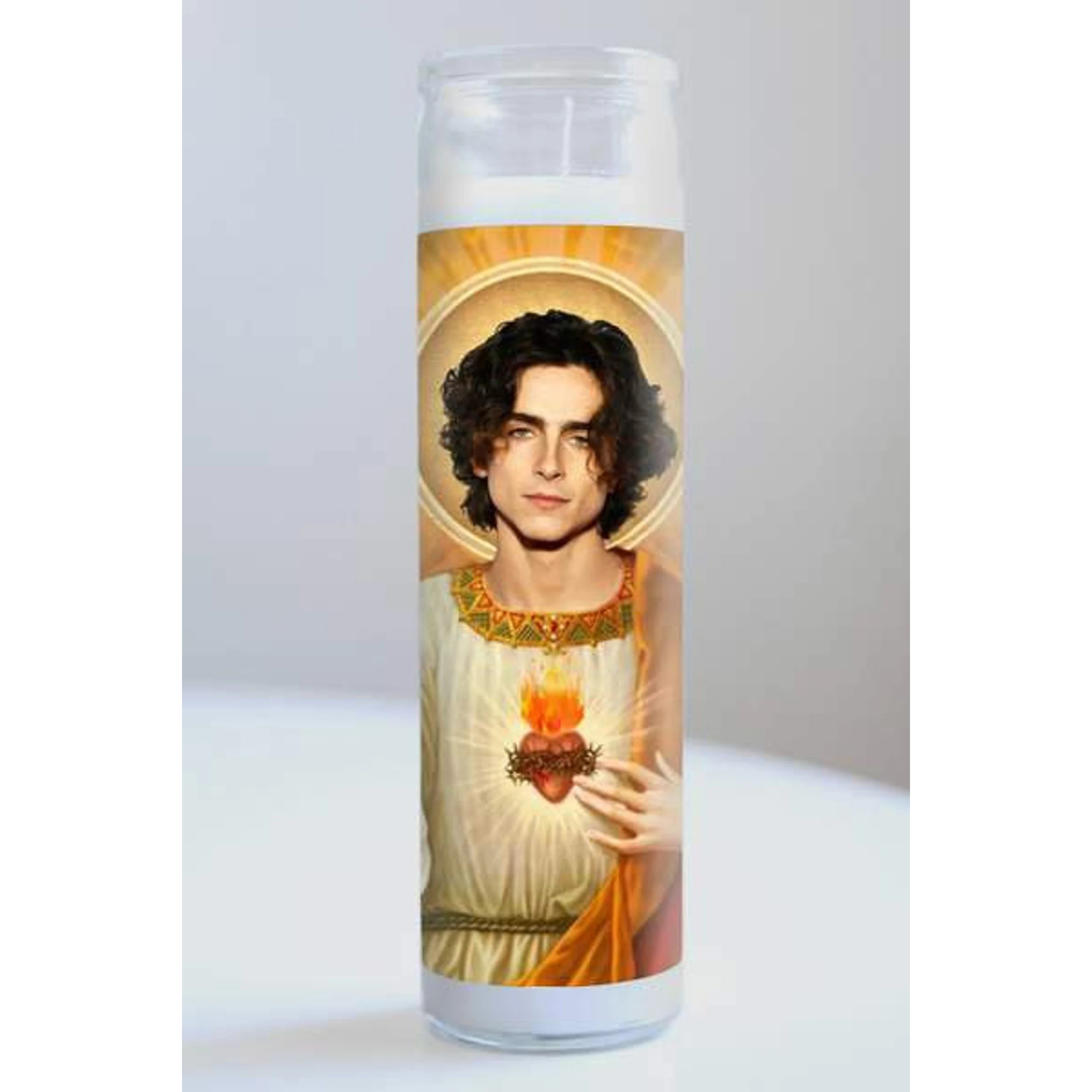 A Lana Del Rey prayer candle situated amongst a group of crystals? Tumblr 2011 is back, people. 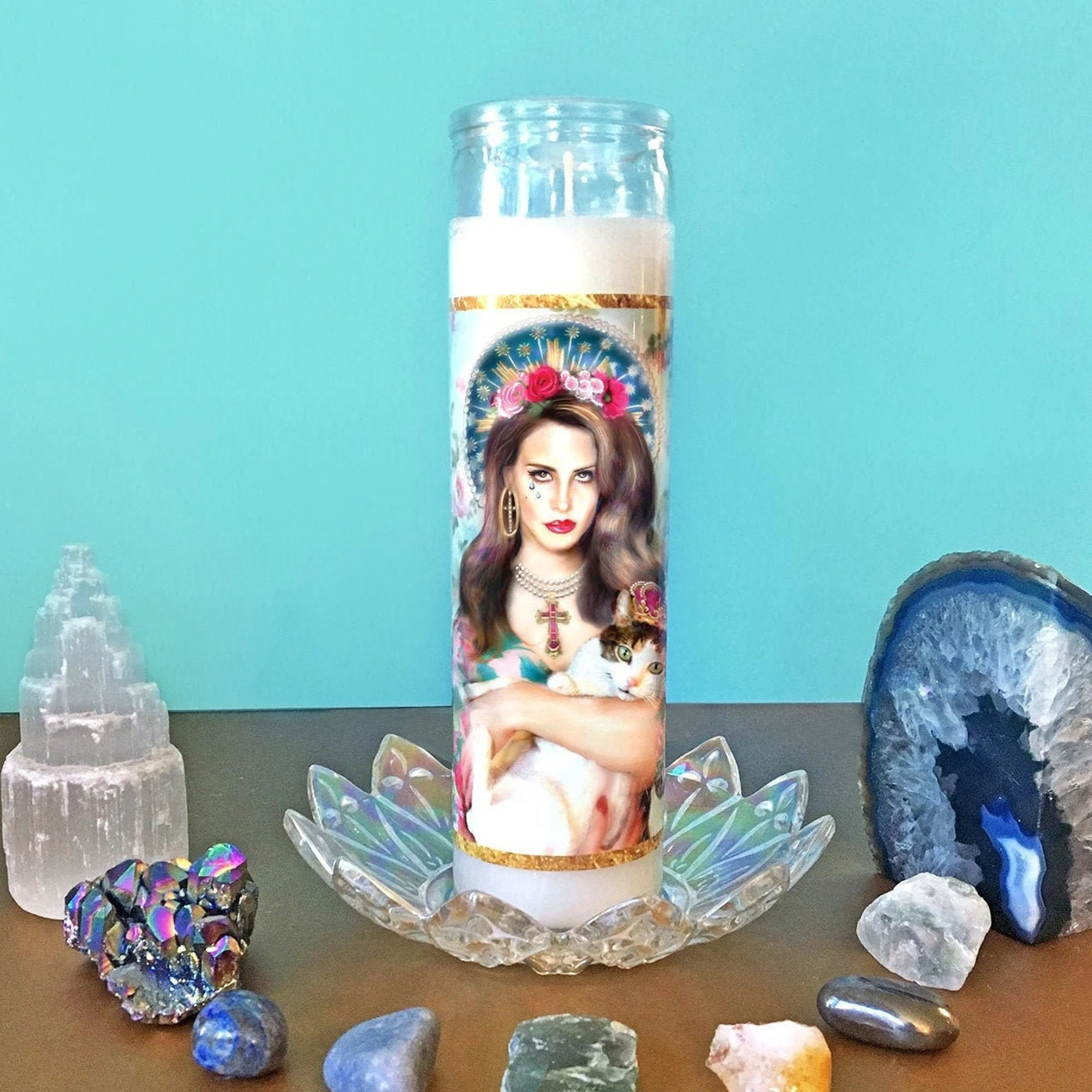 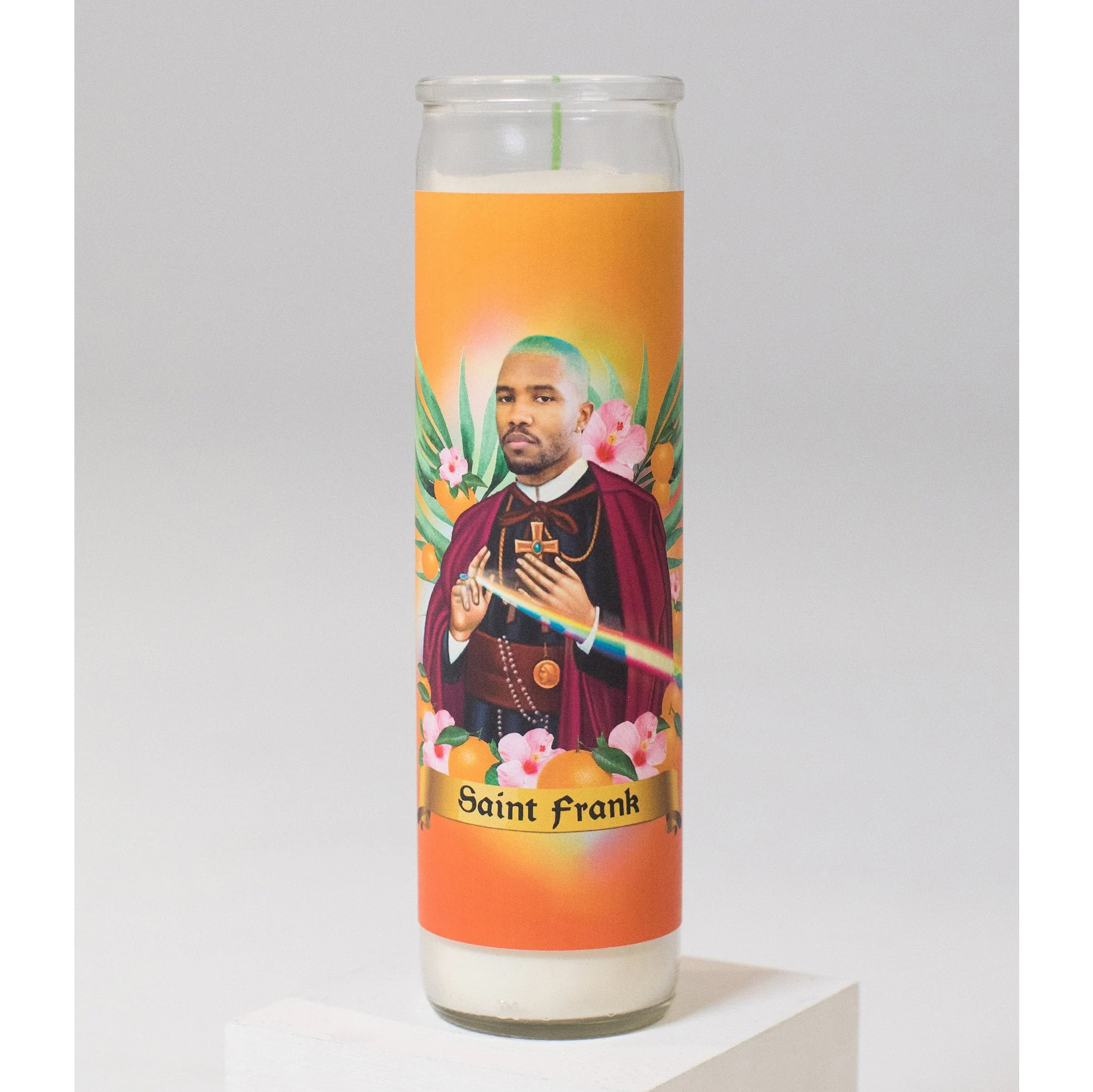 Call yourself Euphoria obsessed? Well, so do we. So we can all agree we worship Maddy Perez, played by the iconic Alexa Demie, right? 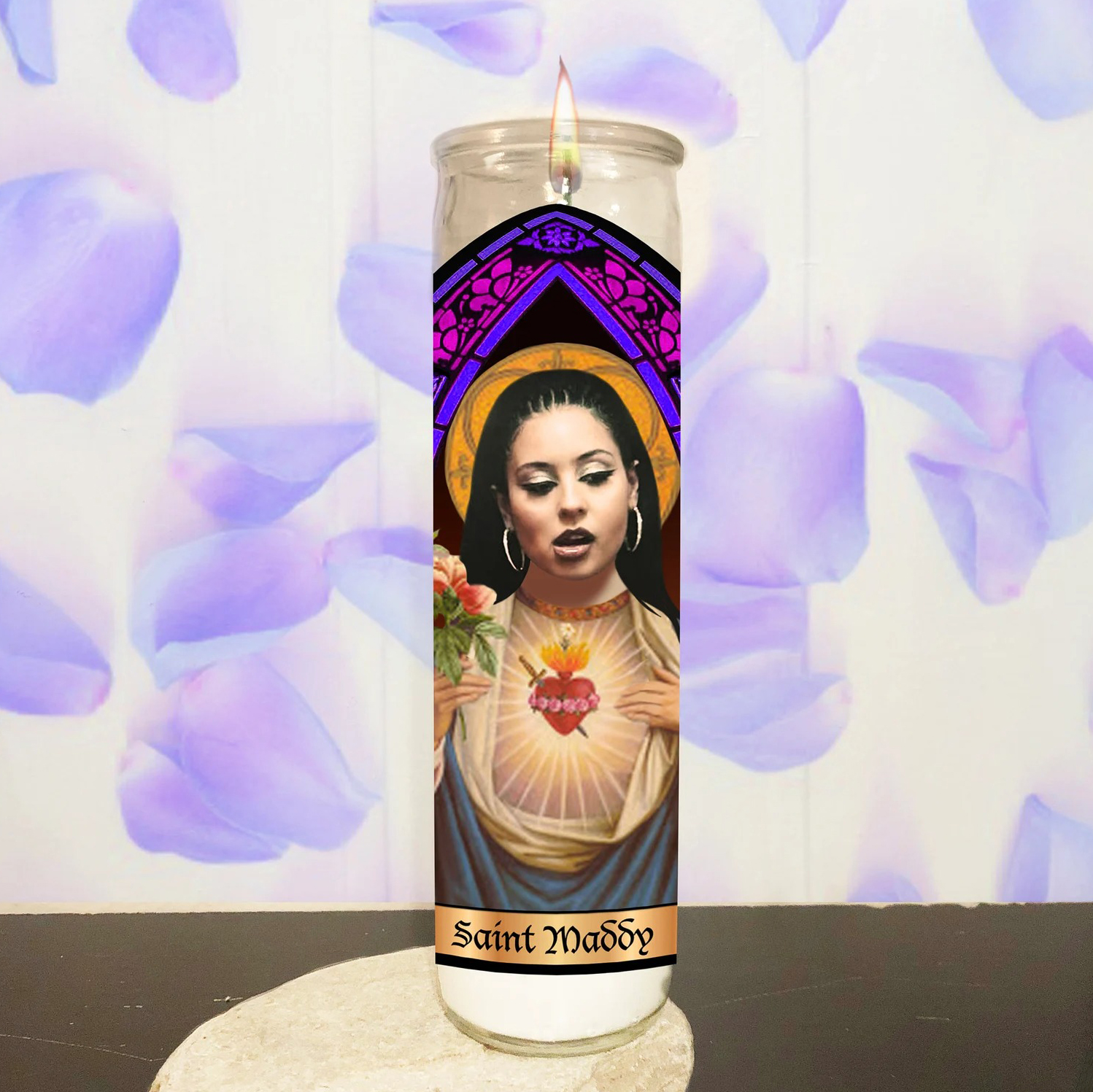 While he’s not necessarily a celebrity, he’s probably the biggest meme of all time and we can’t help but love him for it. RIP, king. 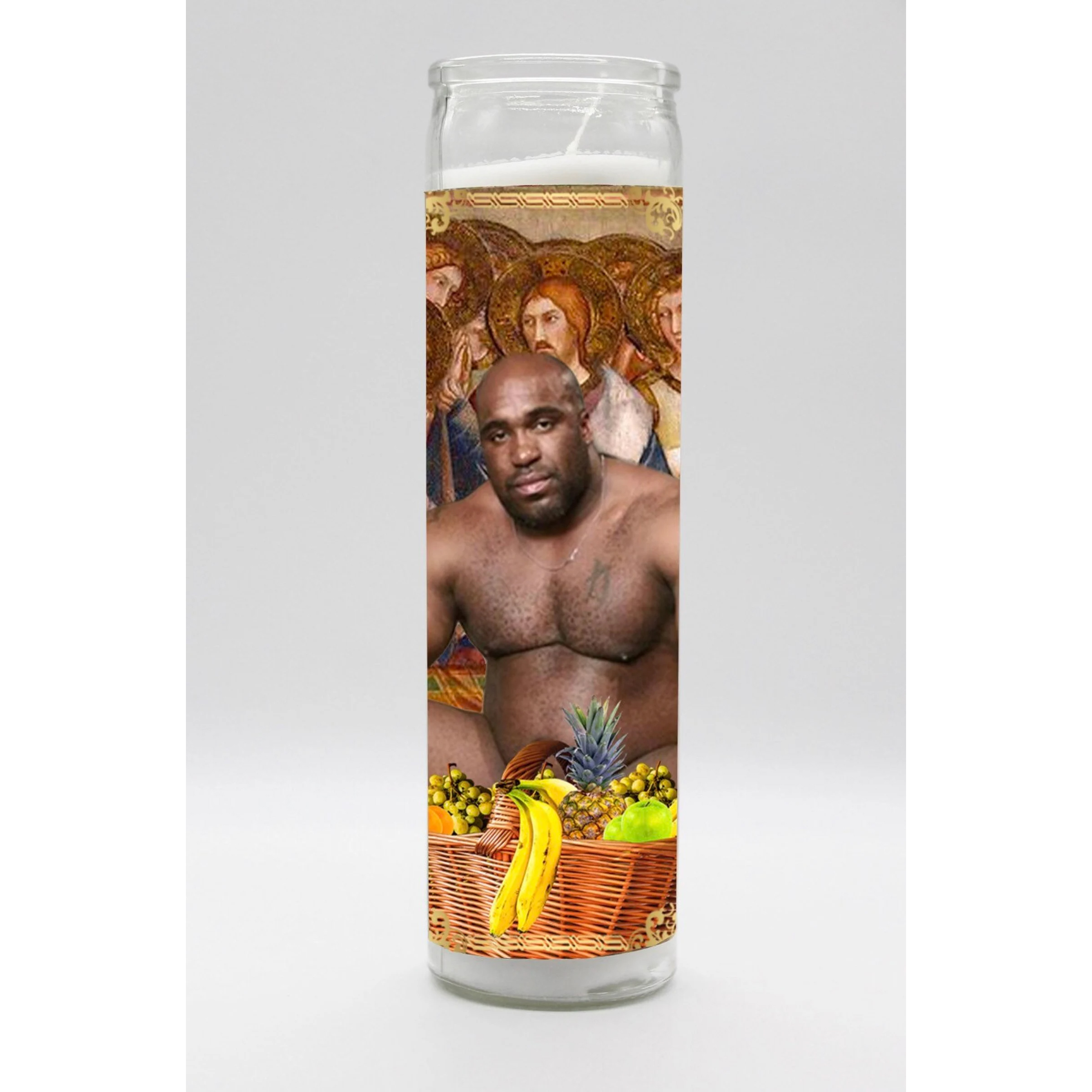 This one is for the boys with the booming system. You know who you are. 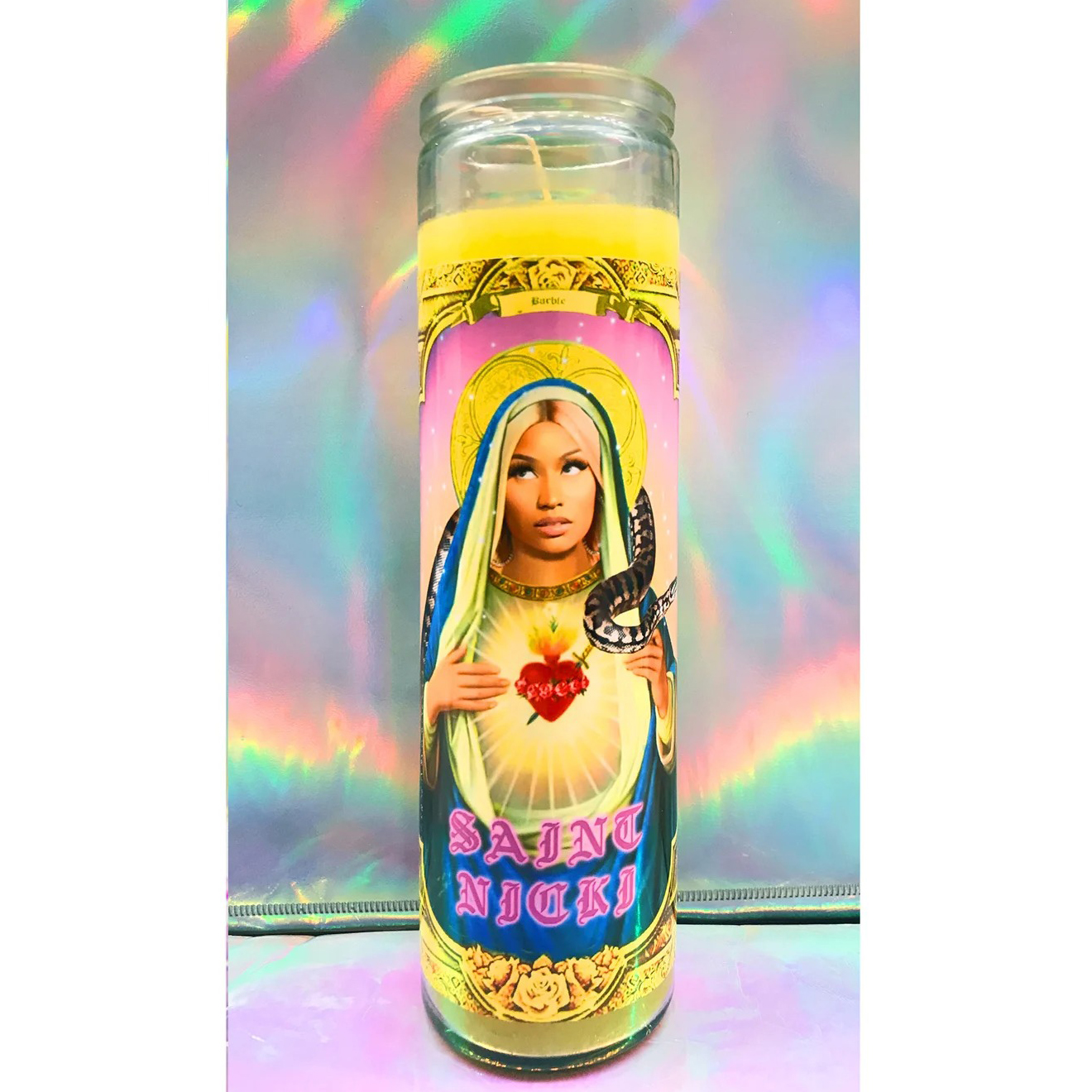 A prayer for Paul Rudd is a prayer well deserved. 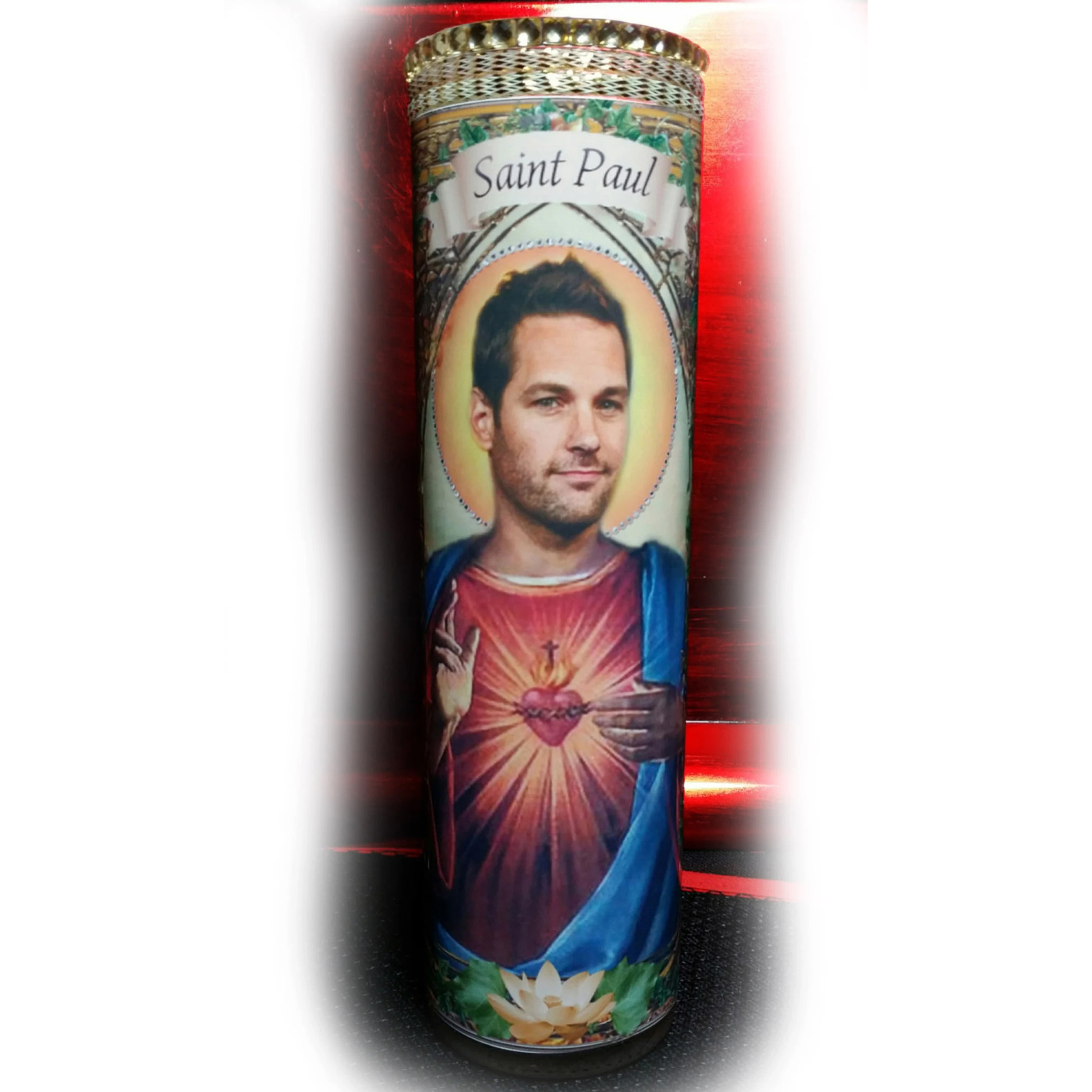 The weed-loving rapper is nothing without… 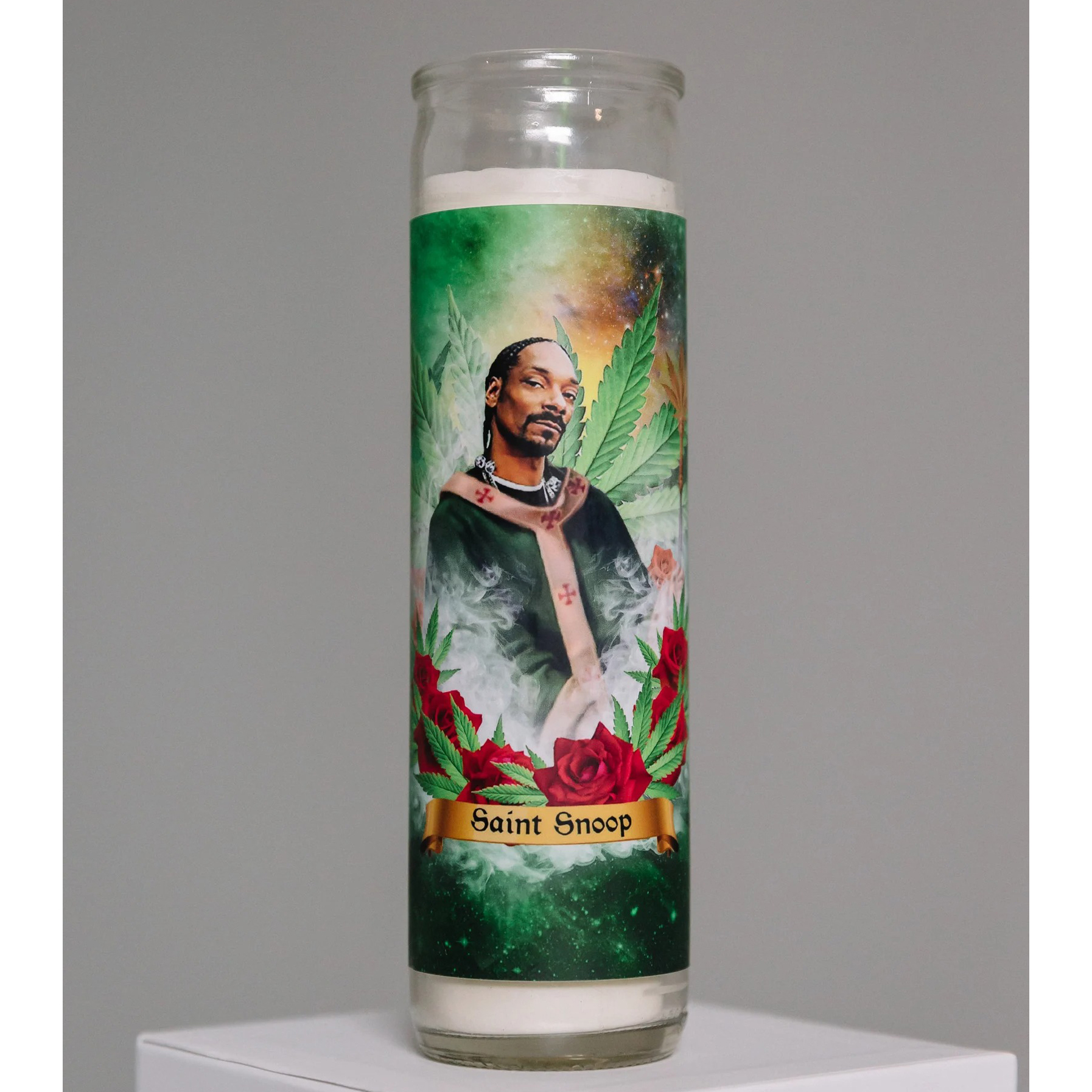 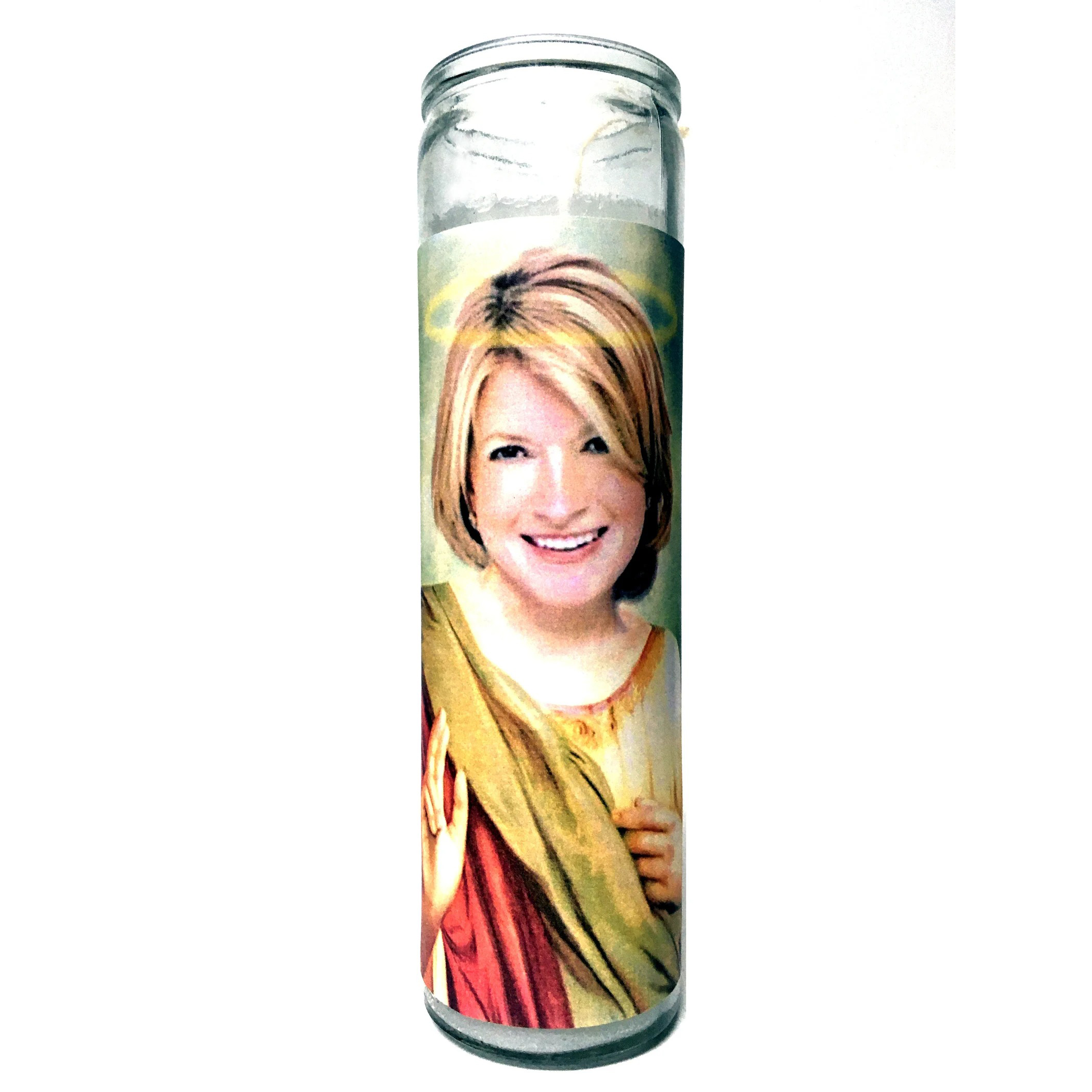 You know we couldn’t leave out this true Jersey icon. 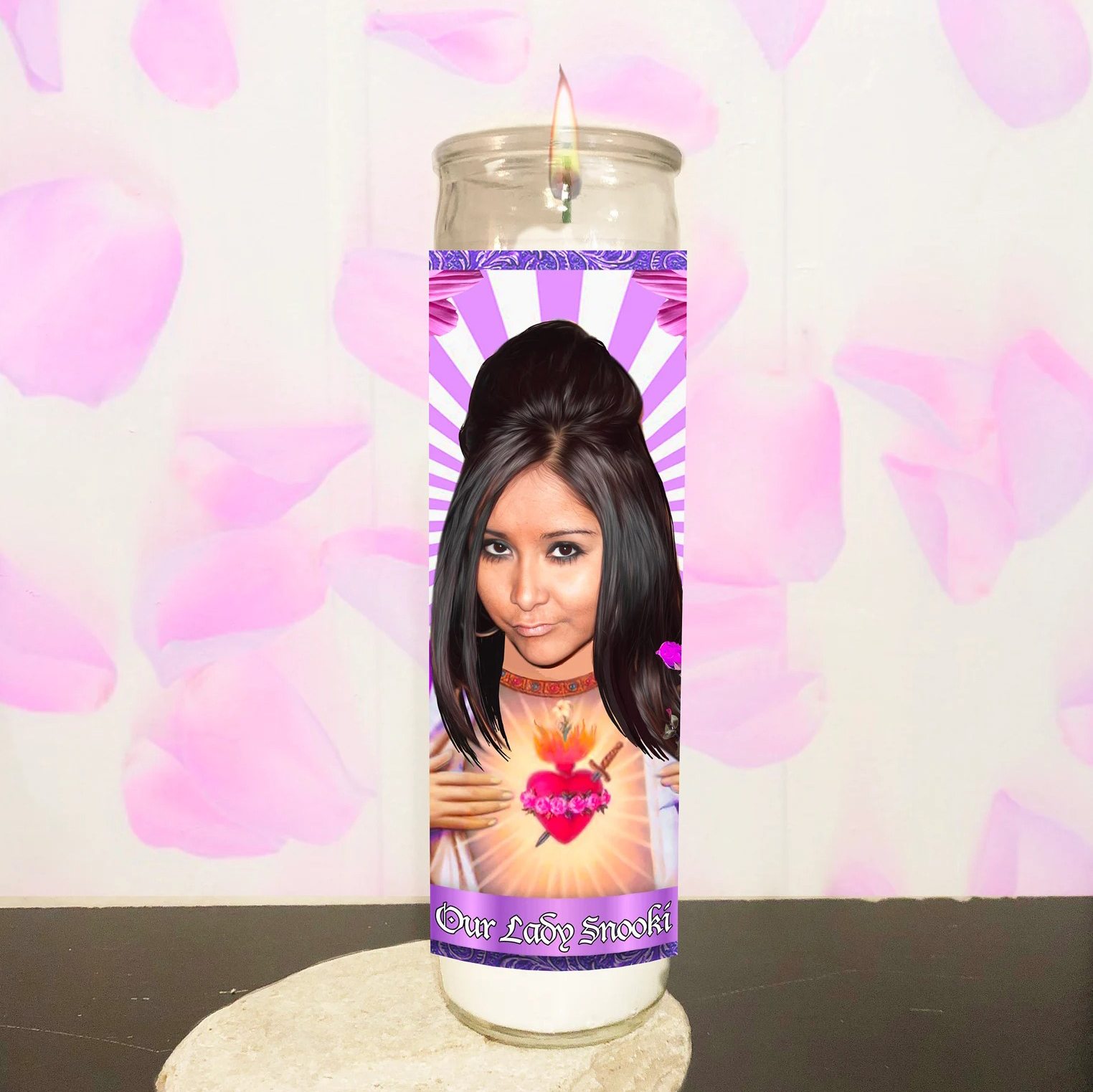 Britney is FREE you guys! It really is Britney, bitch! 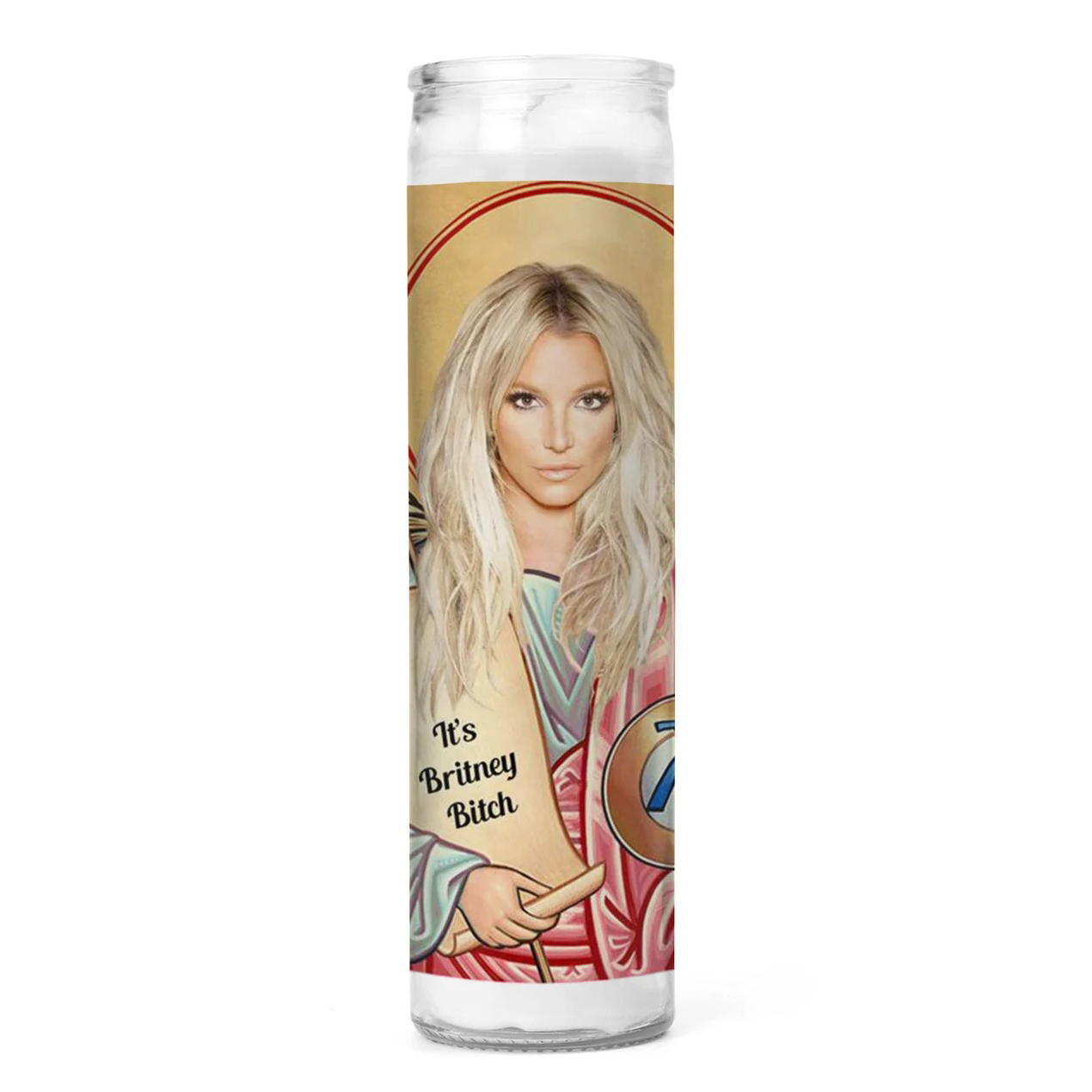 Maybe a prayer to this one will bring a little extra money to your life. 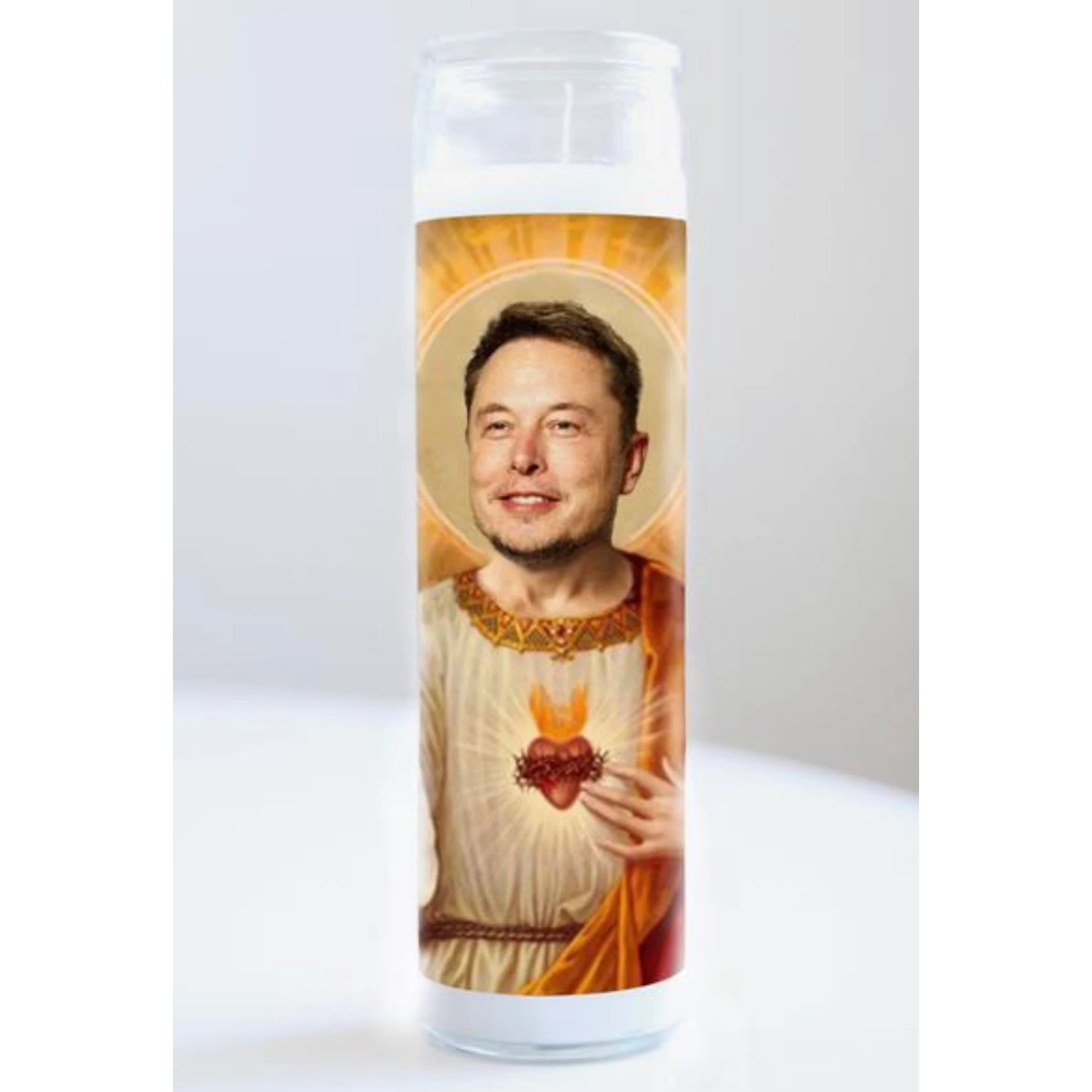 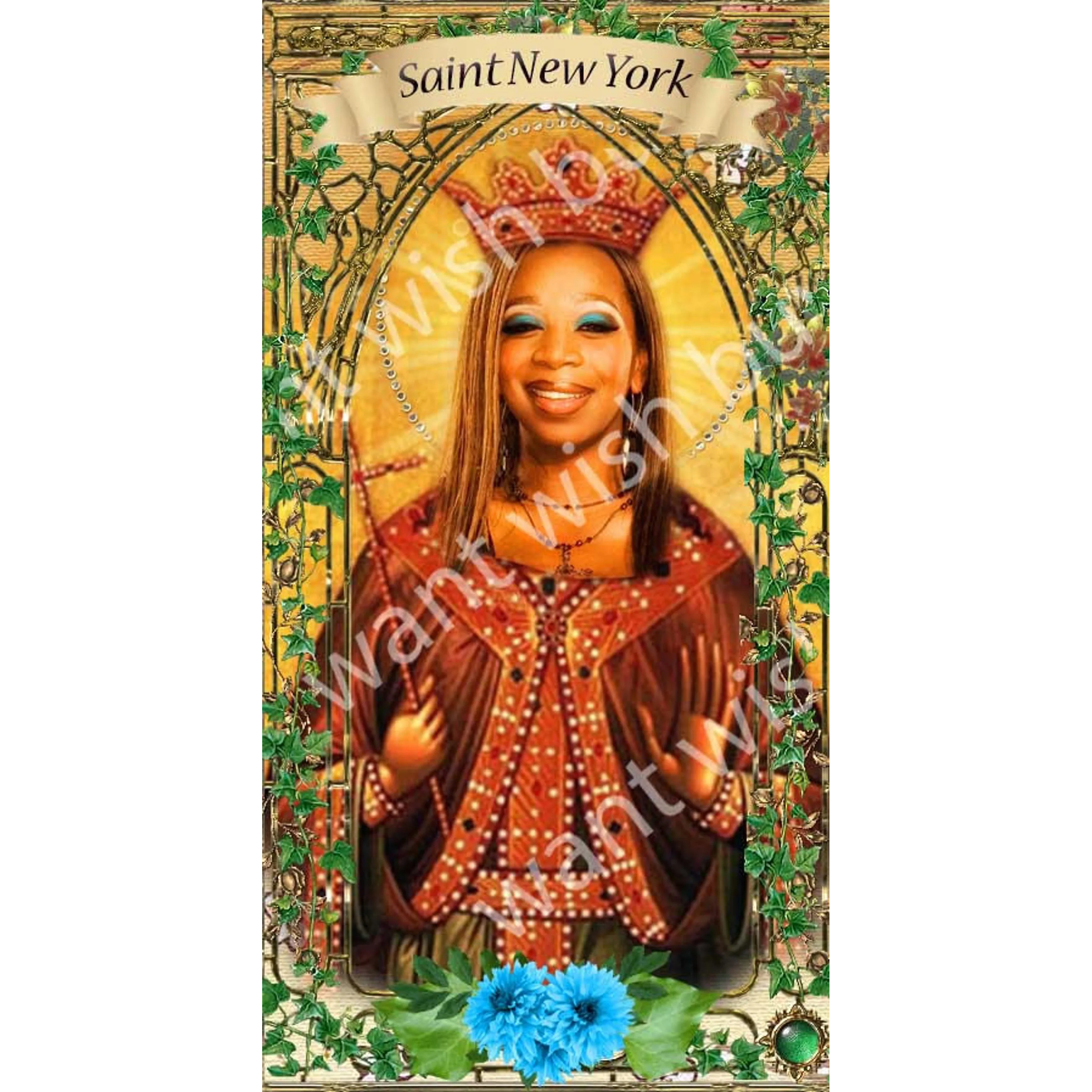 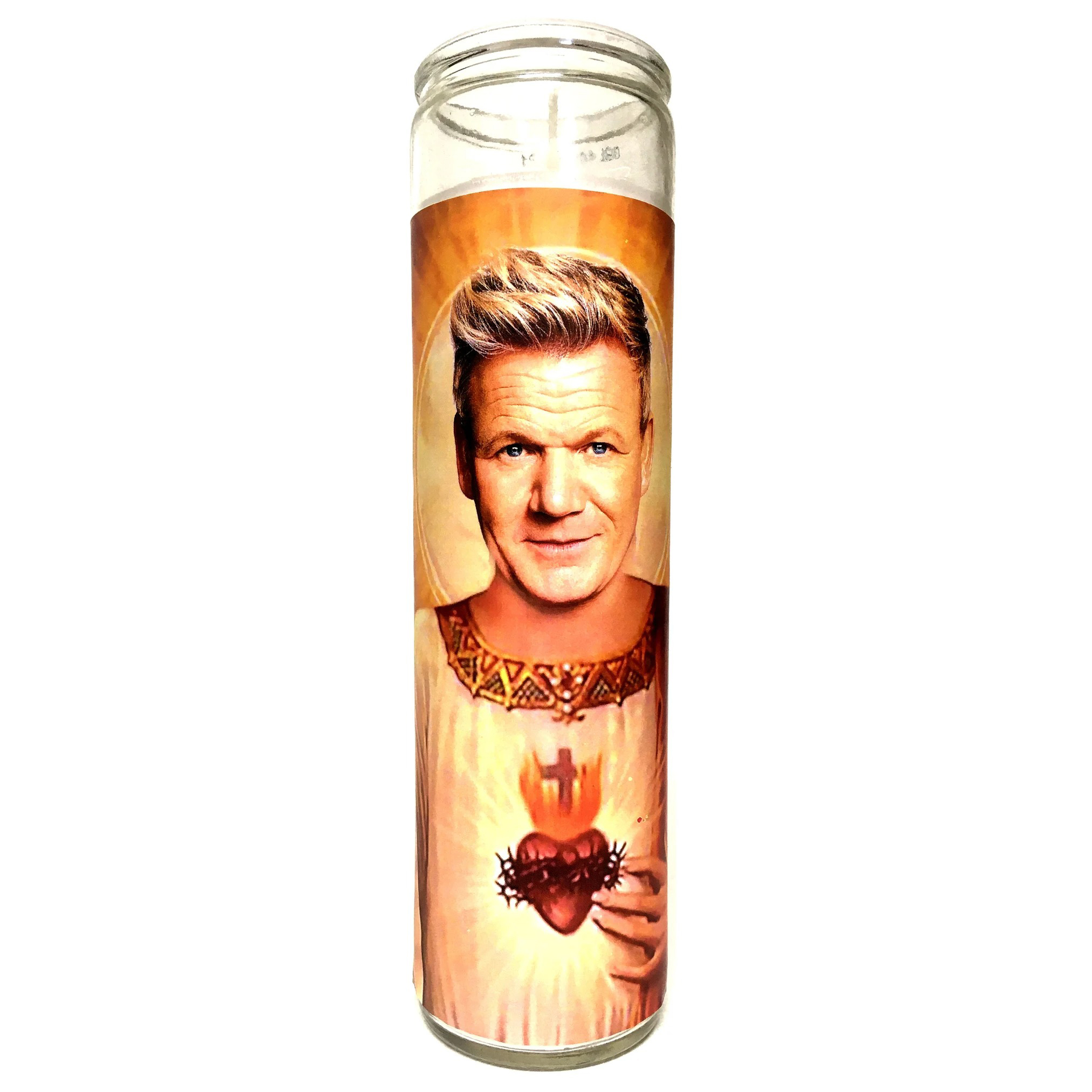 And, of course, we can’t forget the woman who essentially began meme culture. 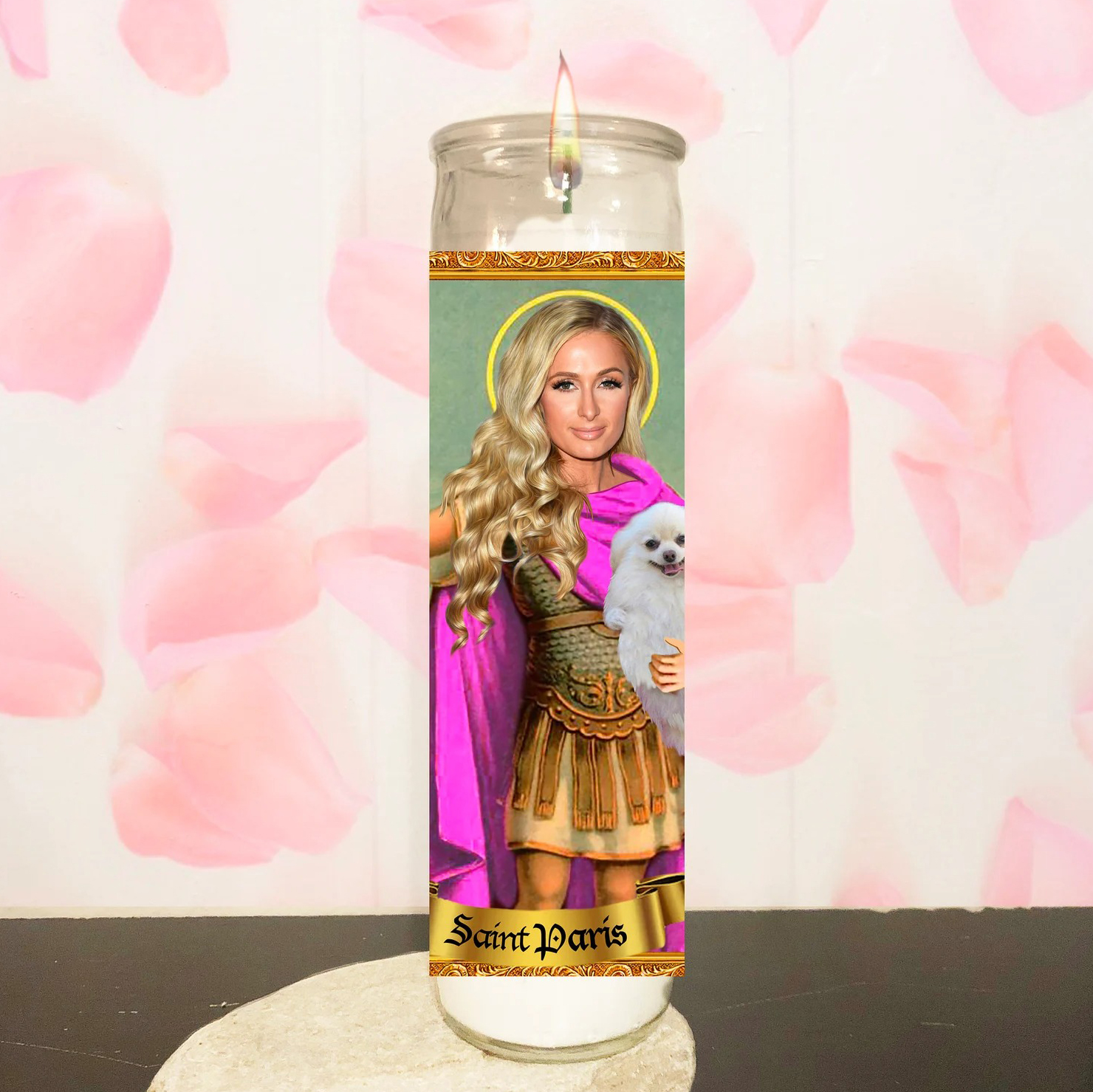