* Cleverly conceal your engagement ring before popping the question
* Accommodates stone diameter of 10.5mm, and ring thickness of 4mm
* If it seems like everyone’s getting engaged during the holidays, it’s cause they are

Believe it or not, the holidays will soon be upon us. And before you know it, it’ll be 2018. Somewhere in between, you might even consider popping the question and you’ll want this high tech engagement ring box from Monarch. Because the last thing you want when you’re proposing is for a bulky box in your jacket or pants to give the surprise away. 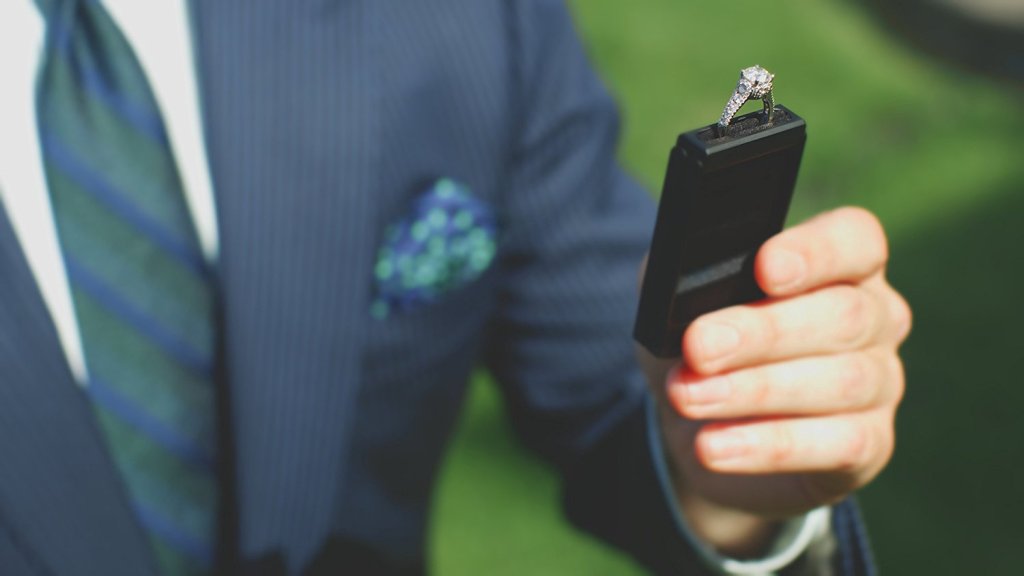 According to a study released by Facebook, the most popular time(s) of year to get engaged are Christmas Eve, Christmas Day or New Year’s Eve. Or that’s when folks are announcing their upcoming nuptials on the social platform at least. The findings, Facebook said, came from the analysis of over 2.6 million users in an effort to see if any unusual patterns could be gleaned from modern engagements. (There wasn’t anything of significance, by the way.) 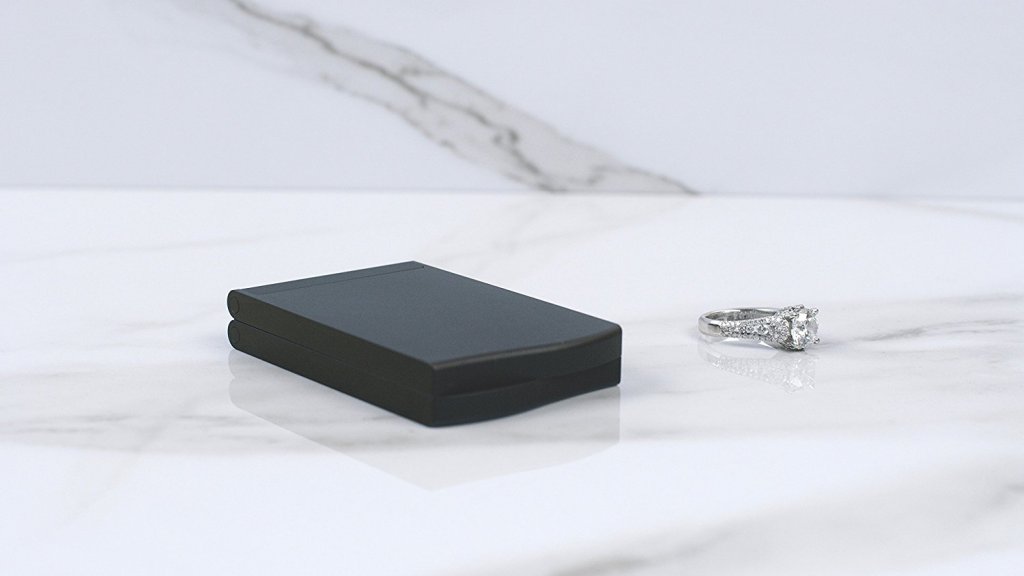 So if the plan is to put a ring on it this holiday season, the ring box is just as crucial a decision as the ring itself. If you didn’t think ring boxes could be as high tech as practically everything else in our lives, you’d be wrong.

Made from aluminum that’s been electropolished and anodized, the Monarch Engagement Ring Box is lined with Bridal Satin and keeps your ring in place with magnets, which also keep the whole package nice and tight. It’s incredibly slim – only 12mm thick – so it’ll be easy to conceal and weighs practically nothing at just 60 grams. 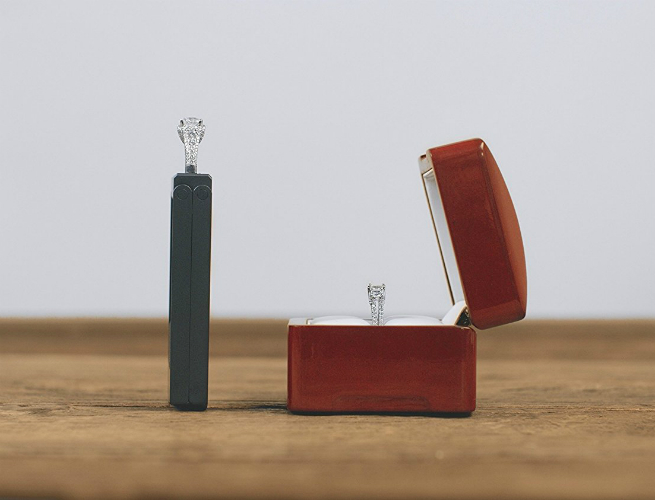 Slim and trim compared to the chunky old-fashioned ring box, the Monarch Box slides easily into your pocket like a pack of cigarettes, deck of cards or cell phone. The magnets make sure nothing slips out and that the ring is raised and ready to present.

Show him or her that you’ve thought of everything (because you have) with the Monarch Engagement Ring Box because the last thing you need is another dumb box ruining your proposal.