Finding a great gift for the proud nerd in your life might seem simple enough, but getting a gift they’ll actually like can be more difficult than firing a proton torpedo into an exhaust port without a targeting computer.  That’s because nerds, by definition,  know a lot about very specific subjects. It can be hard to get them something that they either don’t already have and wouldn’t turn their noses up at. Plus, geekdom and nerdery have become so mainstream that they now encompass fields that go way beyond sci-fi and comic books. You can be a nerd about pretty much anything — there are music nerds, coffee nerds, gadget nerds, and a whole bunch of other kinds of nerds who may not have ever played DnD. That’s why we’ve rounded up gifts for every kind of nerd in your life, from the sci-fi nerd to the film buff to the gamer and every kind of nerd in between.

Even if you don’t know his name, you’ve seen Syd Mead’s work — he’s had a hand in designing concept art for everything from Aliens to Blade Runner and both Stars Trek and Wars. This book collects some of the designs from his movies, including colored illustrations and black and white concept sketches. It’s a great gift for classic Sci-Fi film fans. 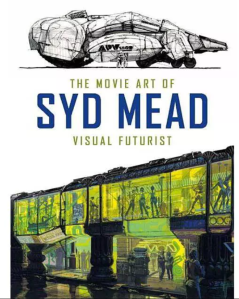 The Movie Art of Syd Mead

BEST FOR NERDS WHO GREW UP IN THE ARCADE

This is definitely a novelty gift, but it’s the kind of thing a gamer who grew up in the arcade can actually appreciate (and let’s face it, you ain’t getting them the new PS5). The keychain-sized games resemble classic arcade machines, and you can buy games like Pac-Man, Frogger, Dig Dug and Space Invaders. 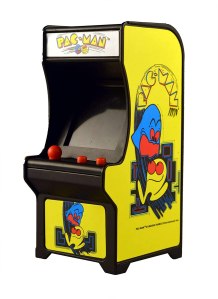 Maybe the space nerd in your life is too grown up for rocket ship wallpaper but would still love space-themed stuff. MOVA’s globes use solar power — they only need a small amount of ambient light — to slowly rotate on the stand. There are globes modeled after Earth, but this one features the unmistakable red hue of what was probably every space nerd’s first love, Mars. 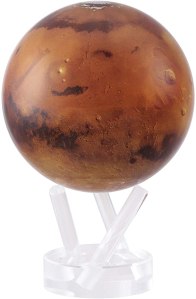 The great thing about Cinephile is that it’s not just one game. Each card features an actor and one of their defining roles, and the rule book includes five different games. You can go toe to toe and try to name more films from the actor on the card, play a “Heads Up” style charades game, or play a game inspired by six degrees. Because the cards are so simple, you can come up with your own games, too. Plus, there are enough cards spanning different eras that film buffs of any age can play, even dads who consider “The Departed” a recent movie. 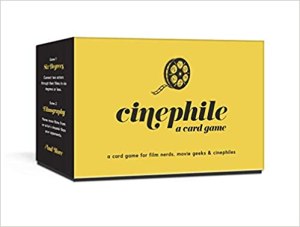 Every Batman fan has read The Killing Joke, Allan Moore’s definitive story of the Dark Knight’s number one nemesis. But they may not have this edition. It includes recolored art, concept sketches, the original script and several other classic stories. It’s a great collector’s item that any Batman fan will love. 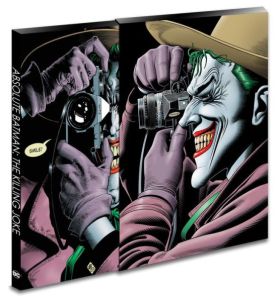 This groundbreaking cult classic about a somewhat supernatural small-town murder attracts fervor like few other TV shows, even though the second season is nearly universally reviled (it wouldn’t be fandom if fans didn’t also hate the thing they love, would it?). Having bounced around networks, it’s hard to find the complete show in one place at one time, which is why it’s worth owning a physical copy. This box set collects the entire original run, plus the revival. You can even choose to watch them with or without the log lady intros (but why wouldn’t you?). 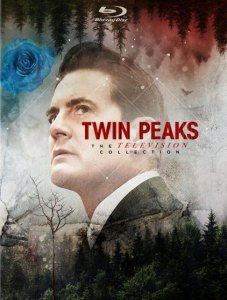 Music nerds can be tough to shop for because they might have a very specific taste in music. This book compiles 1000 record classic and interesting album covers, so it’s safe to say this book covers a lot of bases. Plus, the stylish cover hardcover will look great sitting out on their coffee table. 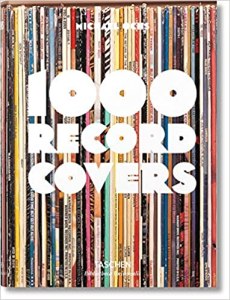 However you feel about Disney+ show The Mandalorian, it’s impossible to argue with the fact that The Child (AKA, Baby Yoda) is incredibly cute. This mug finds him in the much-memed scene from the first season when he’s casually sipping on bone broth. The mug also takes inspiration from Tiki cocktail culture, making this a great vessel for Mai Tais as well as your morning coffee. 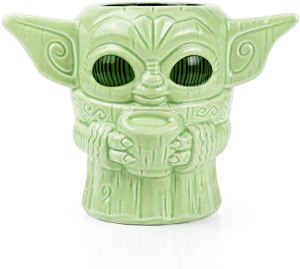 A good headset is crucial for any gamer who plays multiplayer games. Not only will it help them communicate with their teammates, it allows them to be fully immersed in the game. This headset features 7.1 surround sound, breathable mesh earcups for long-term comfort, and an omnidirectional microphone that mutes when it’s flipped up. 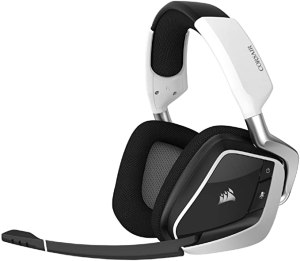 Party games can get a bad rap from board game nerds, who can get tired of the ones that are most frequently brought out at game nights (looking at you, Cards Against Humanity). But One Night Ultimate Werewolf is simple and quick enough for casual game nights, while still being engaging enough for serious board game fanatics. Each player gets a role, and there’s a secret Werewolf who’s working against the townsfolk. Each game wraps up in a quick 10 minutes, so players can hop in and out or stay for multiple rounds. 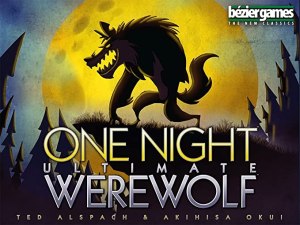