We’ve all been there. You’ve just finished up a long day at work or school so you head to the couch for some mindless phone fun. You scroll through Instagram, you check out what’s going on in the Twittersphere, you answer a few Snapchats until you’ve reached the only ane the only light of your life for the past year and a half: TikTok. One video turns into two which turns into three which turns into eighty-seven. Six hours later, your eyes hurt, your stomach is growling, it’s somehow now dark outside.

It’s safe to say TikTok is dangerously addicting — no matter what side of TikTok you’re on.

Whether you’re a creator or just a watcher, there’s another semi-malicious side to TikTok we can’t hold off on either: and that’s product-Tok.

For real, some of the items we see on TikTok are must-haves. So much so that we consistently fear for the future of our credit cards. From butt-boosting pants (you know the ones) to fun games to play with friends and even alcohol, the best TikTok gifts are not hiding. They’re all over the app and for a lot of us, they’re already sitting in our Amazon carts ready for checkout.

If you’re obsessing over something you’ve recently seen on TikTok or there’s someone in your life you’re looking to snag one of the best TikTok gifts for this year, see below to see what TikTok’s crushing on now.

To start off, we’re suggesting something every creator on TikTok needs to keep the quality in their videos. For any pal doing their little dancey dances on the short video app, ensure they’re using a ring light of some sort for the best lighting they can get for video creation. No, it’s not necessarily trending on TikTok, but it’s a key component behind the scenes the majority of the time. 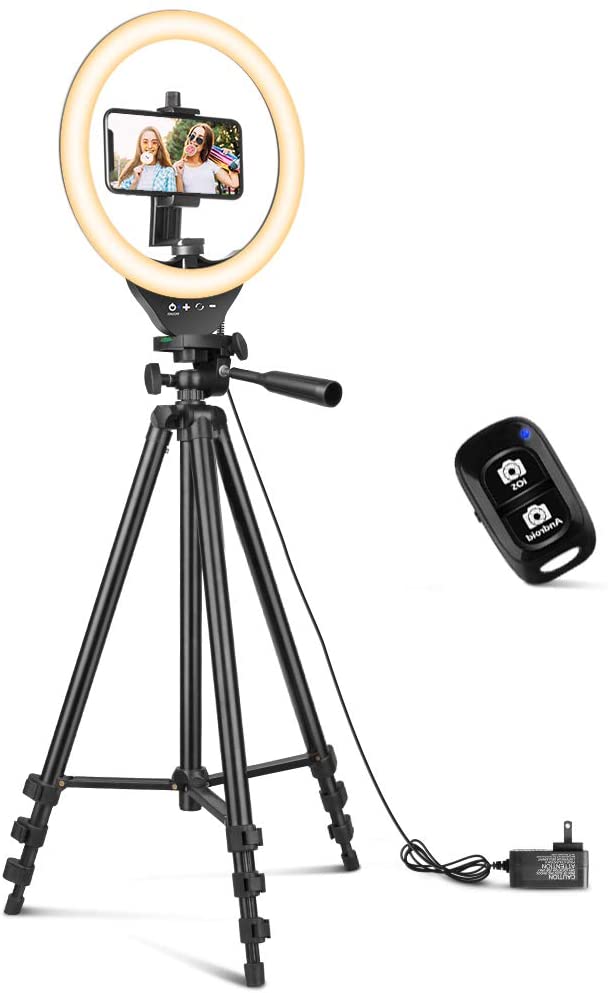 Storytime! Some of the funniest storytime TikToks start with this tiny mic. Why? We don’t know, but we love the idea that such a hilariously small microphone has taken over the app. No matter what kind of content your giftee is creating on TikTok, they’ll find at least some use from this teensy microphone. 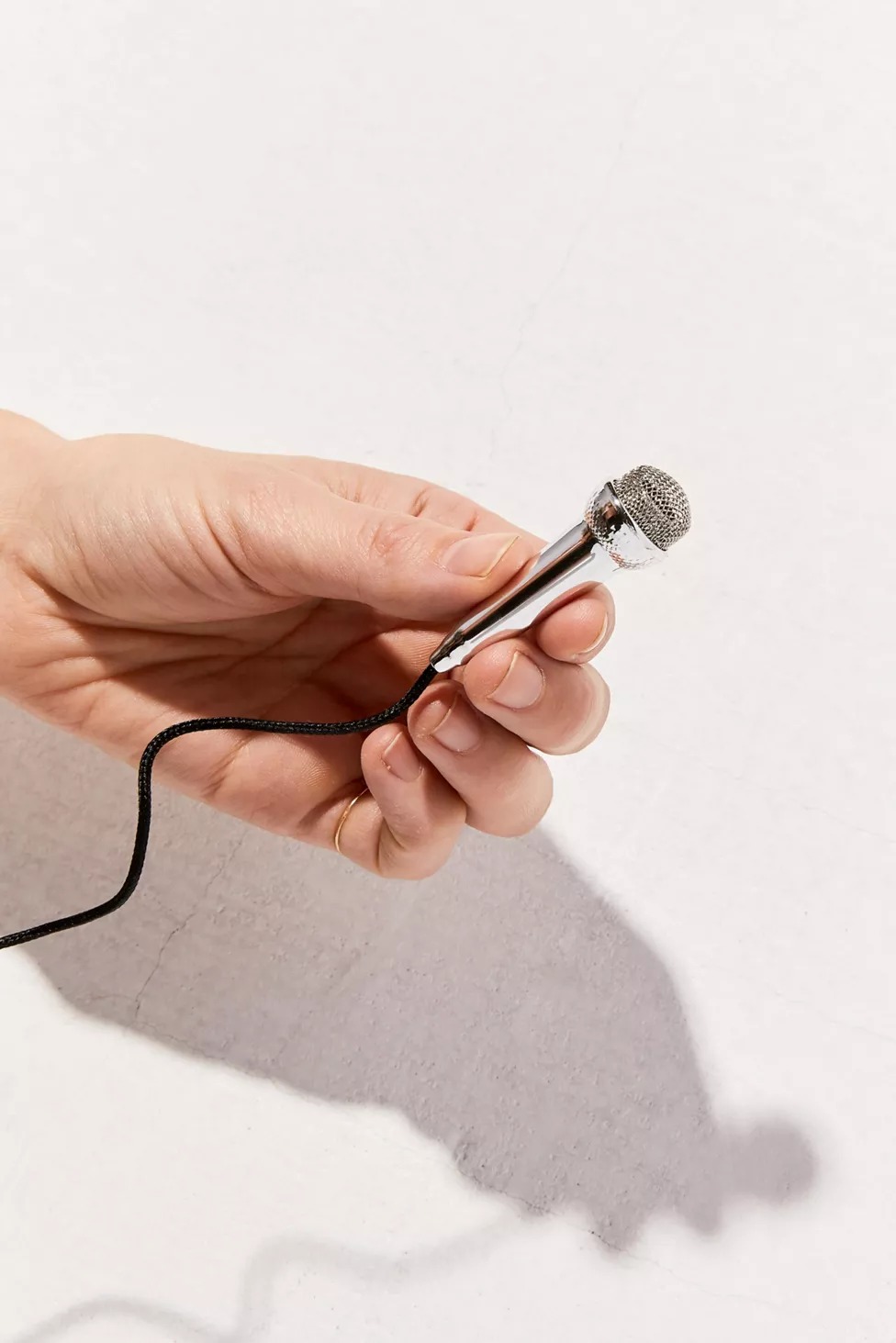 Yes, these are THE TikTok leggings. No matter what side of TikTok you’re on, we’re certain you’ve seen them. We’re not sure what kind of witchcraft is involved, but these will cake your giftee the hell up. They’re perfect for women, men and everyone in-between. 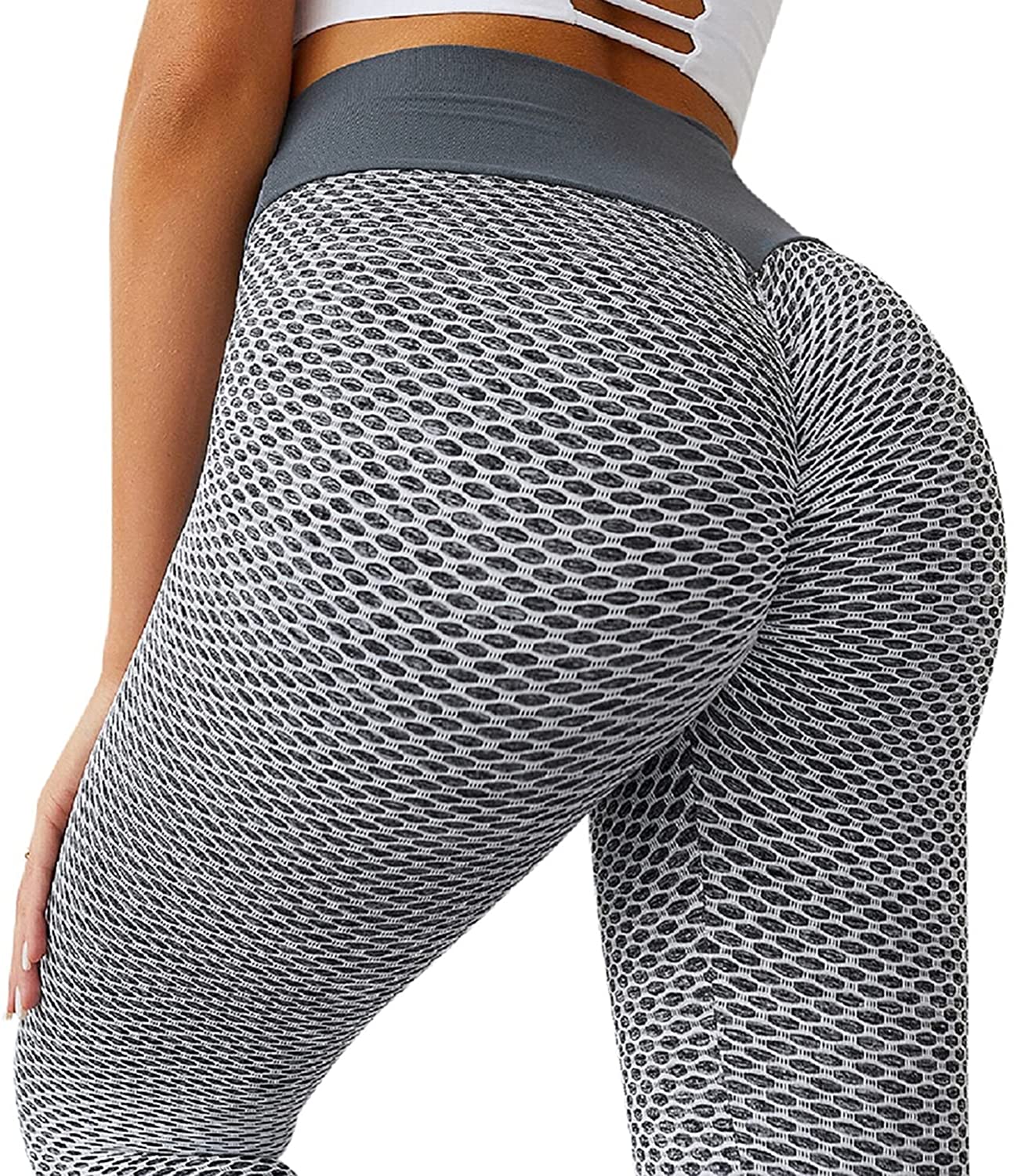 This foot peel mask took the world of TikTok by storm last year. Everybody was wrapping their tootsies up and waiting for them to peel over the course of the next few days. Not only is it fun to peel, but it leaves your feet feeling baby smooth afterward. A classic at-home spa day done right! 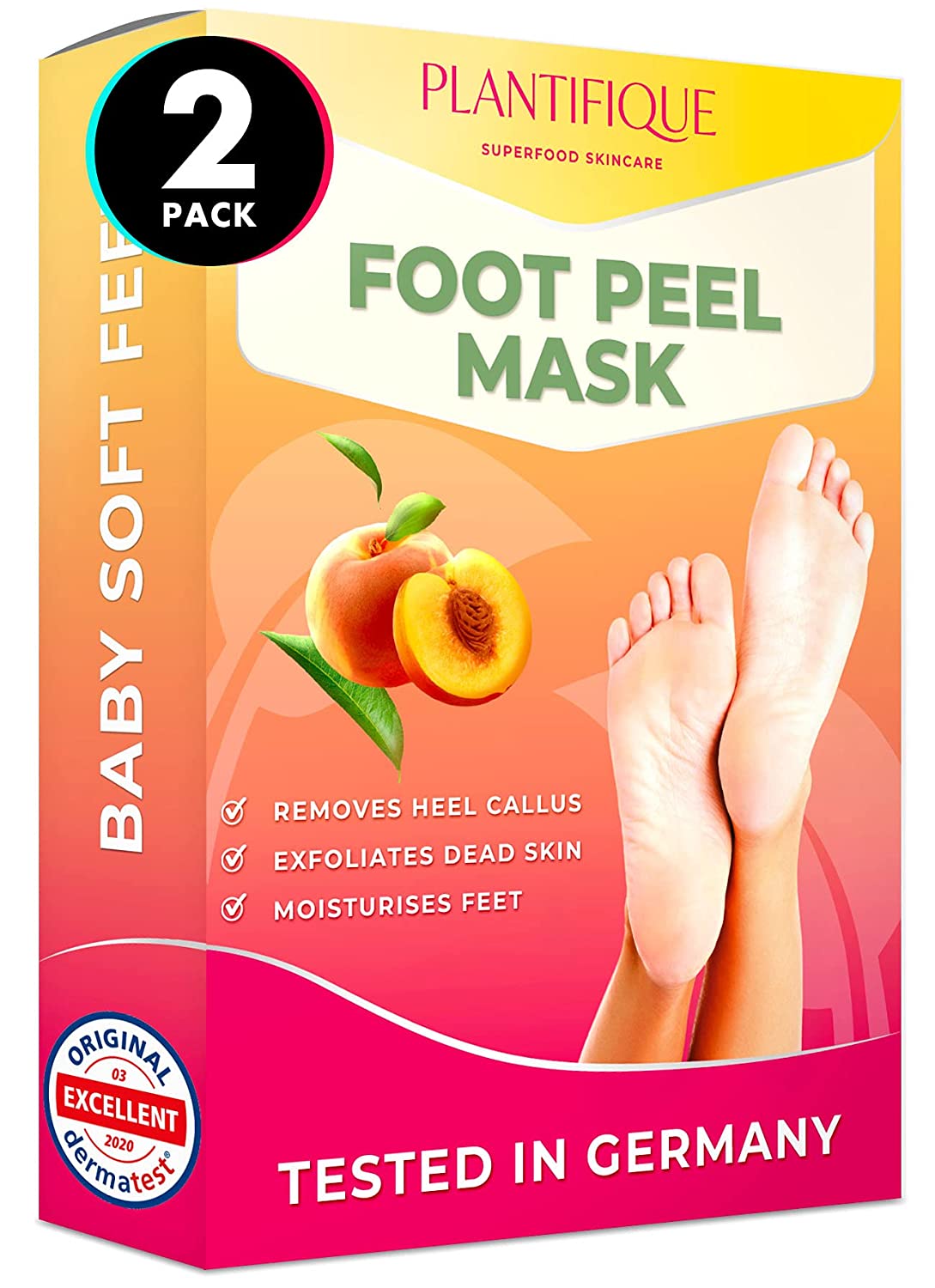 It’s time to have some fun with the recently viral Popdarts Game Set. And when we say viral, we mean it. The game acquired a whopping 23-million views in just two weeks this summer with over $100,000 worth of sales in that time frame. It’s a classic game of darts played on your tabletop. Perfect for playing just about anywhere — bar tops, windows, the top of cars, etc. 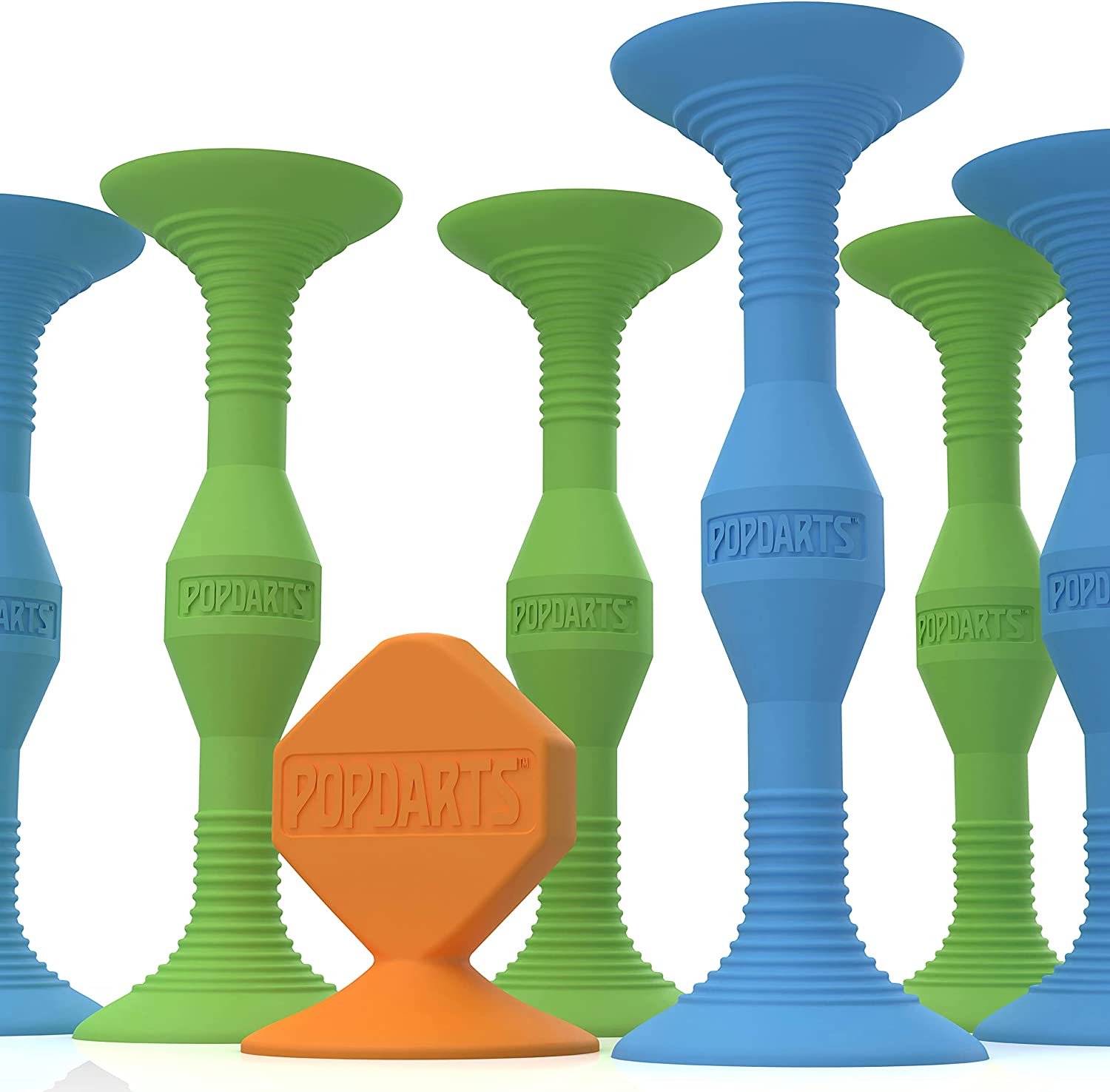 While they’re not necessarily viral, we dare you to take a little stroll through your FYP right now. Check out, like, around 10-ish videos total. We are absolutely sure you will see some colored lighting at some point. How’s it done? LED Strip Lights like these from DAYBETTER. Time to reinvent your space with some color! 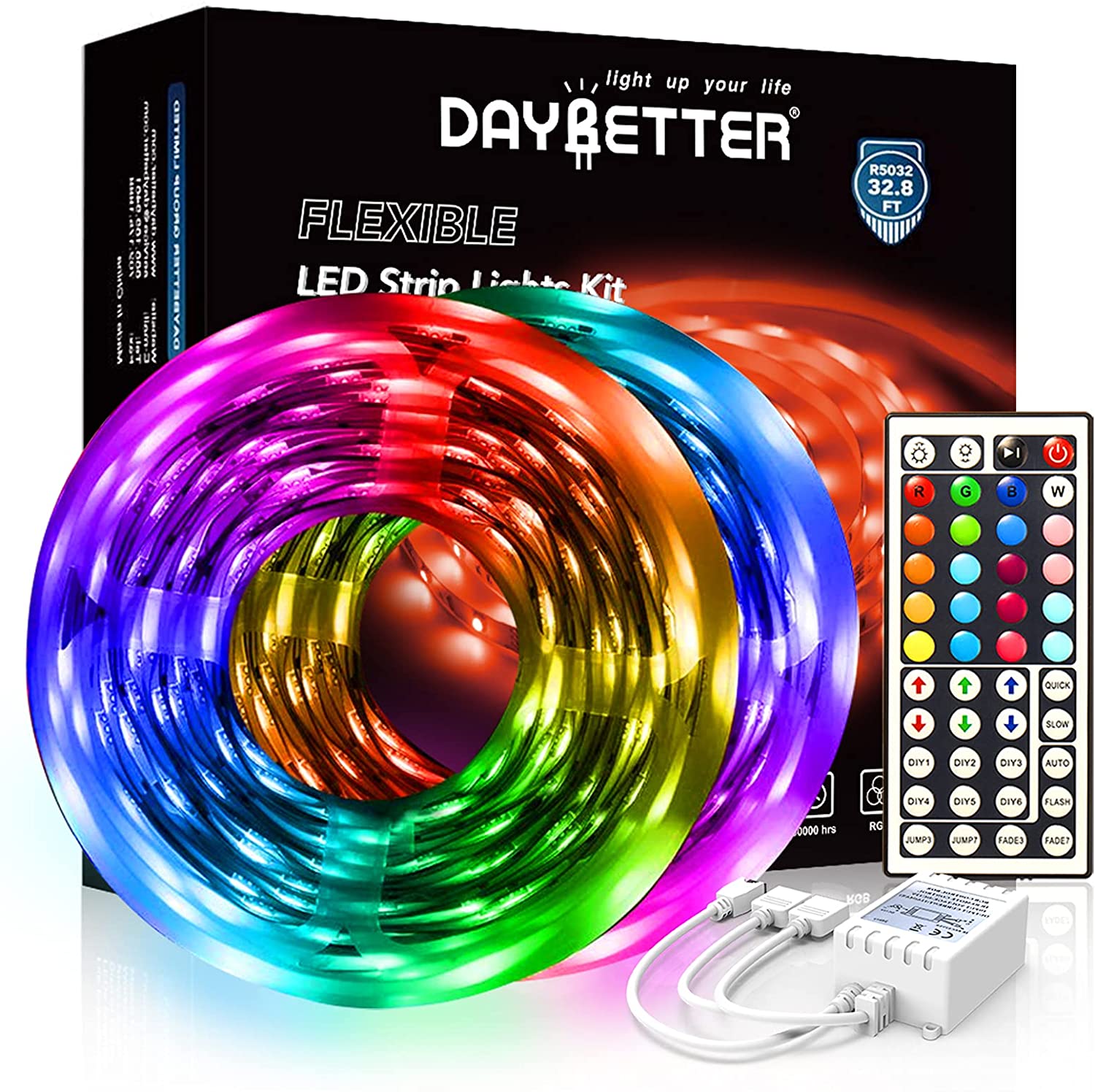 Alright, disclaimer: this stuff is sold out just about everywhere right now, so you’re not going to find it. But, when it’s back in stock, you better bet your bottom dollar you need to add it to your cart. This viral TikTok features a woman using this undereye tightening product to diminish wrinkles under her eyes in a matter of seconds. And, no, it’s no Tom Foolery, either. Next time you see it in stock, give it a shot yourself. You won’t be disappointed. 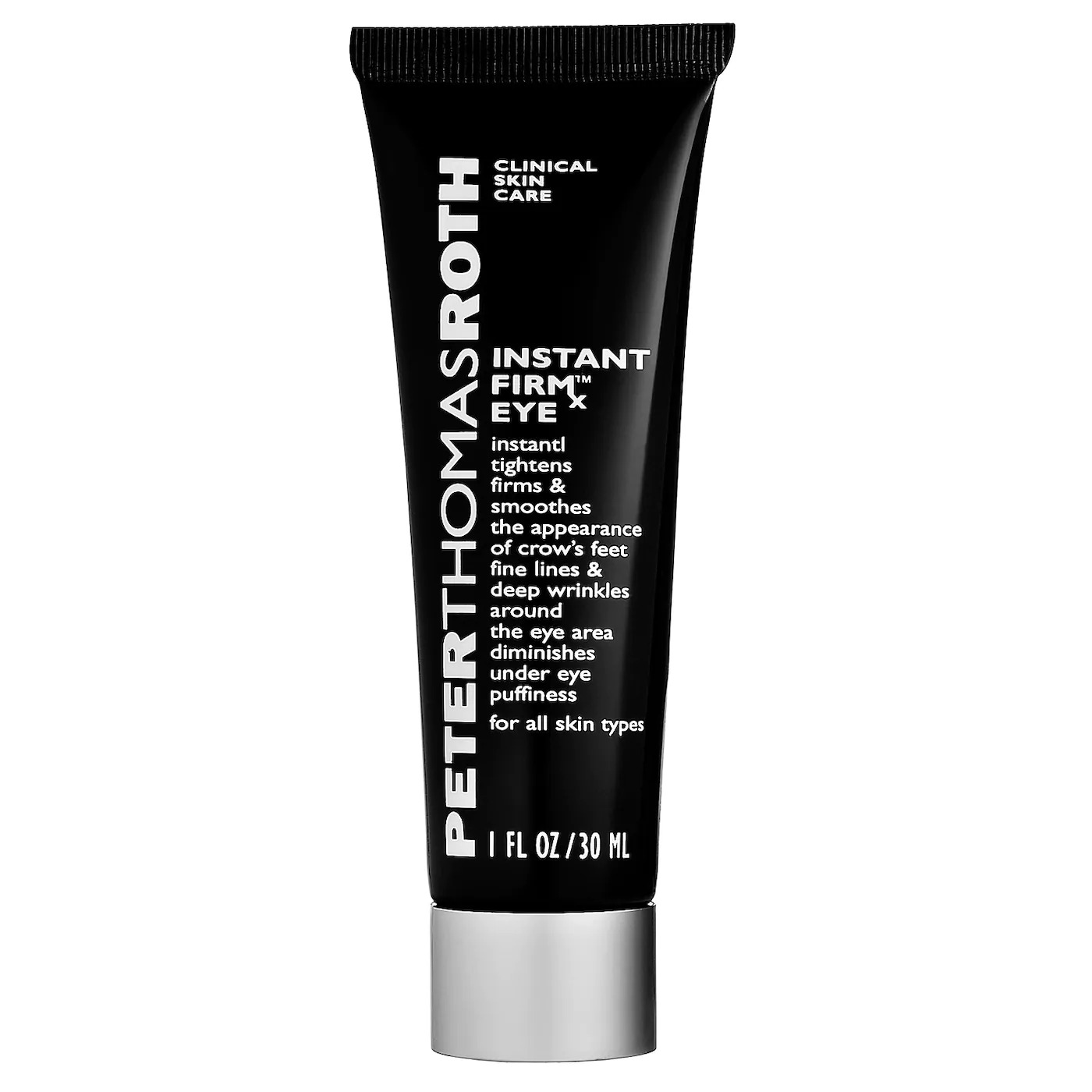 TikTok can make you HUNGRY. With that said, we’re sure your giftee is following at least one or two cooking-related accounts in hopes to learn new recipes from the app. The Unofficial TikTok Cookbook will help them follow along with some of the most popular from the app since it was created. Hey, maybe they’ll even make you a meal or two as a thanks! 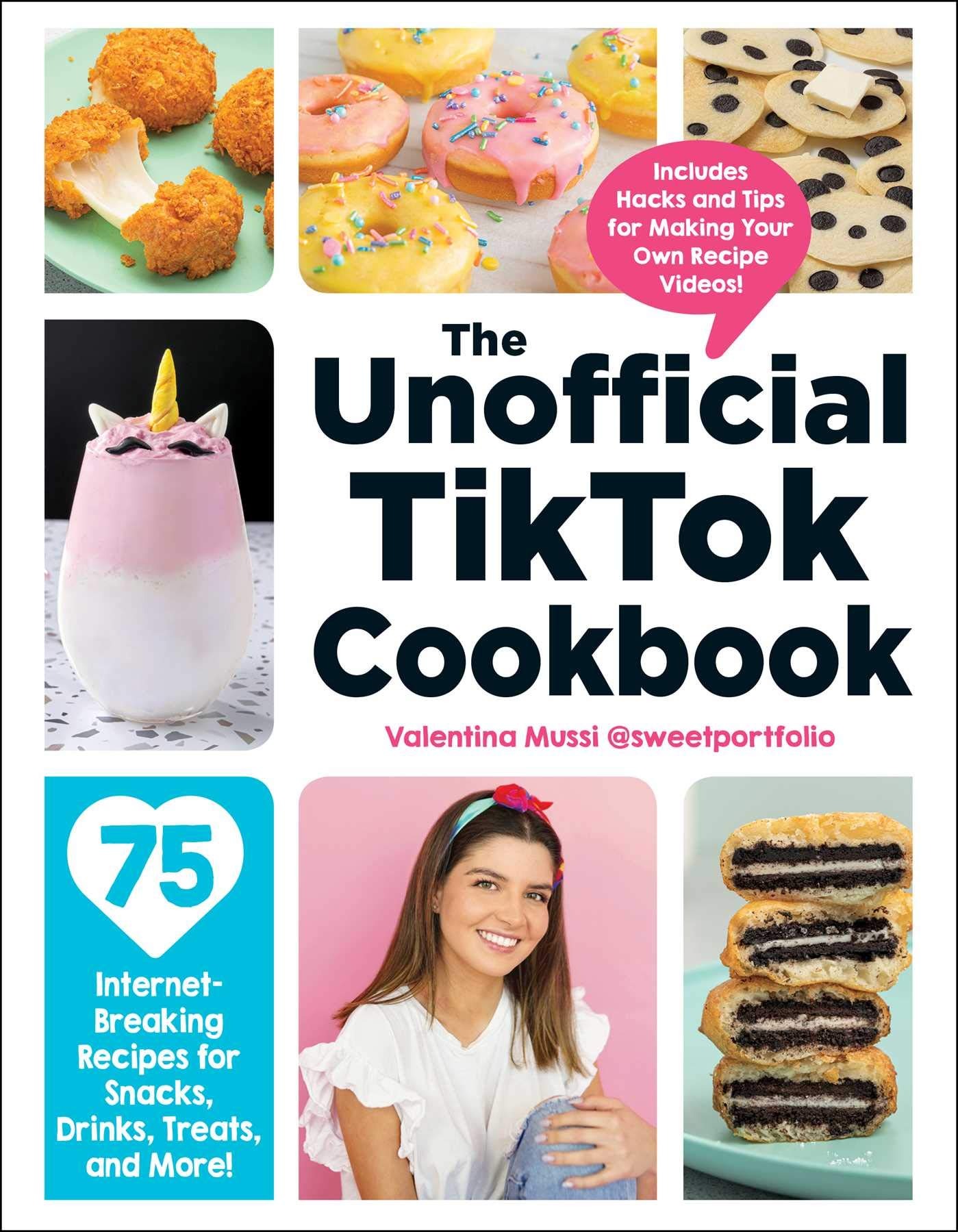 The Gua Sha facial tool went viral on TikTok a few months back because of its ability to better define your jawline. How? Well, you literally rub it on your face. While to some this could sound like a bunch of hullabaloo, it’s got thousands and thousands of reviews stating its effectiveness. Might as well let your giftee try it out for themself! 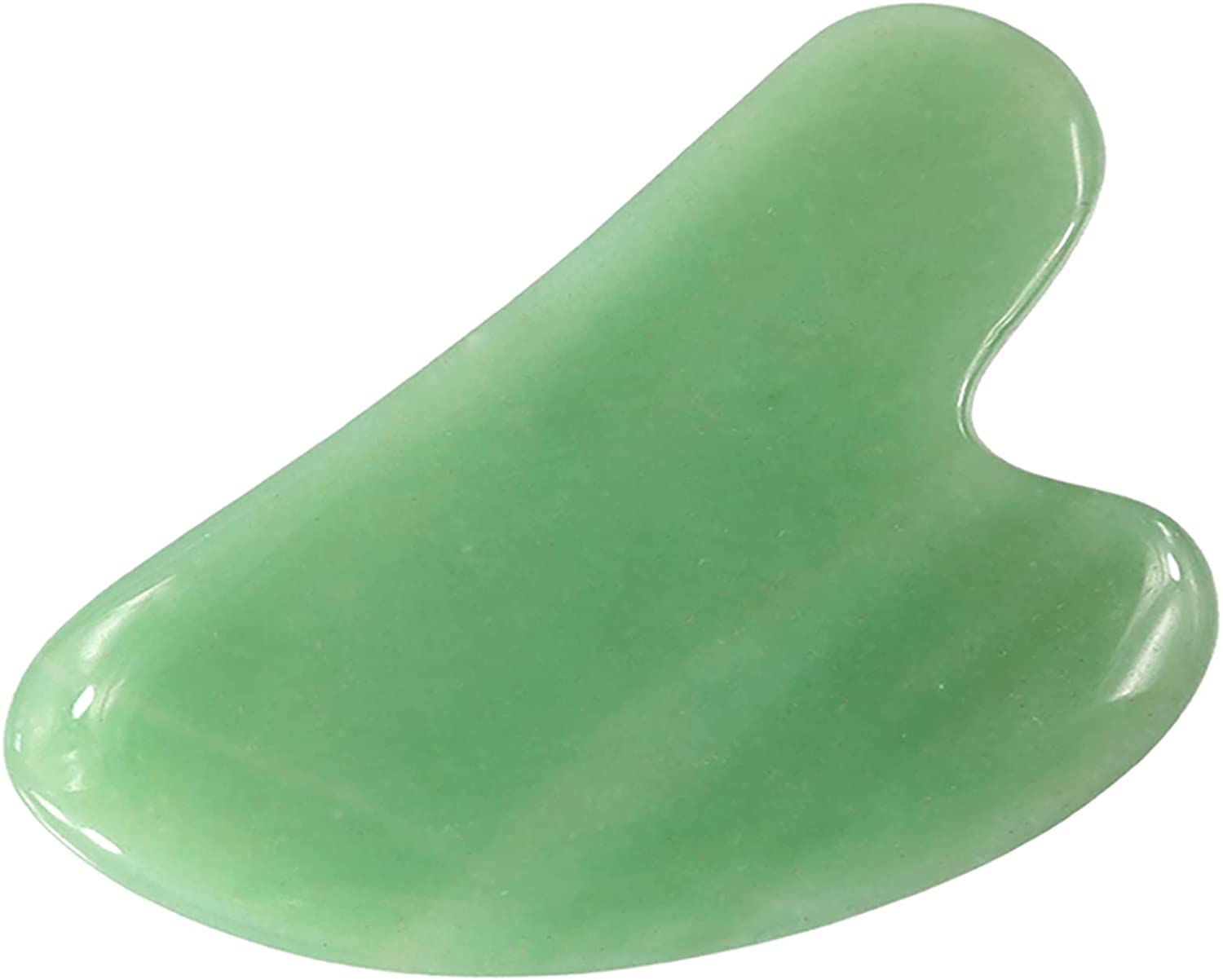 It’s filthy but it’s addicting. Ear wax removal videos on TikTok are way too satisfying to watch, and now, you can even partake in earwax removal in the comfort of your own home with this highly-rated removal kit on Amazon. And, before you ask, yes it records video. Get ready to become the next viral ear wax removal sensation. 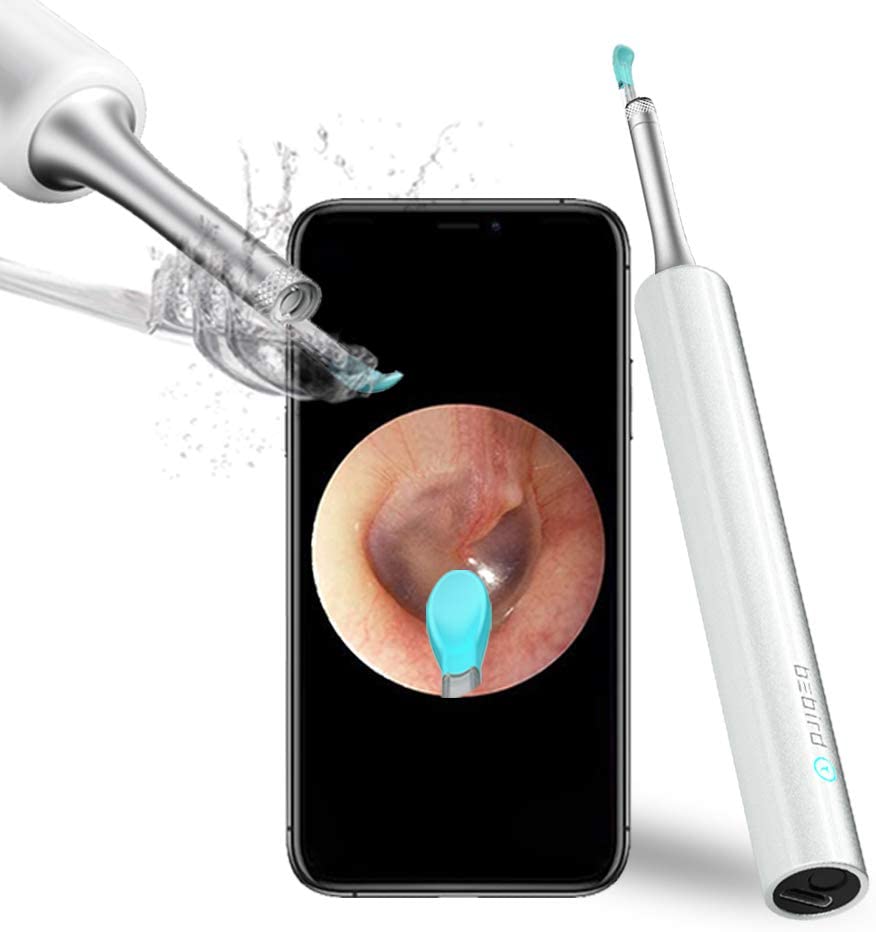 11. What Do You Meme TikTok Edition Card Game

You’ve played What Do You Meme by now, haven’t you? It’s the card game that takes notes from similar games like Apples to Apples and Cards Against Humanity to make for a fun party game that’s entirely based around memes. With the TikTok edition, replenish your current deck with hilarious memes from the app to ensure you win next round. Trust us, everyone’s going to have a good laugh. 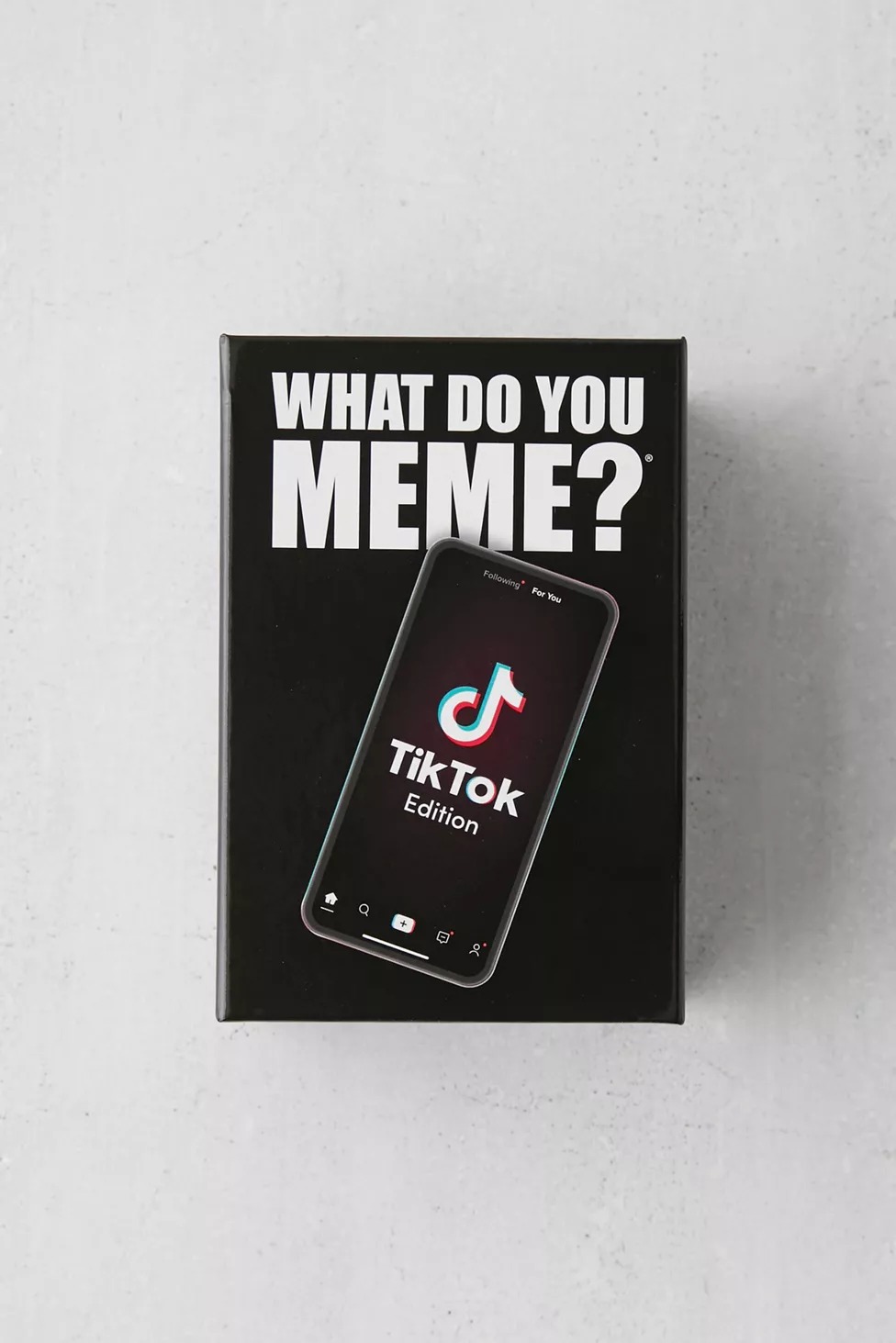 What Do You Meme TikTok Edition Card Game

We know what you’re thinking, “not another hard seltzer!” We thought that, too, so much so that we wrote an entire article about it. But, Nectar really threw us for a loop. This stuff is good. It blew up on TikTok a few months back for good reason and since then, it’s been hard as hell to find them in the liquor store. But, if you have a liquor-loving buddy who can’t get their eyes off of TikTok, this is the gift for them. 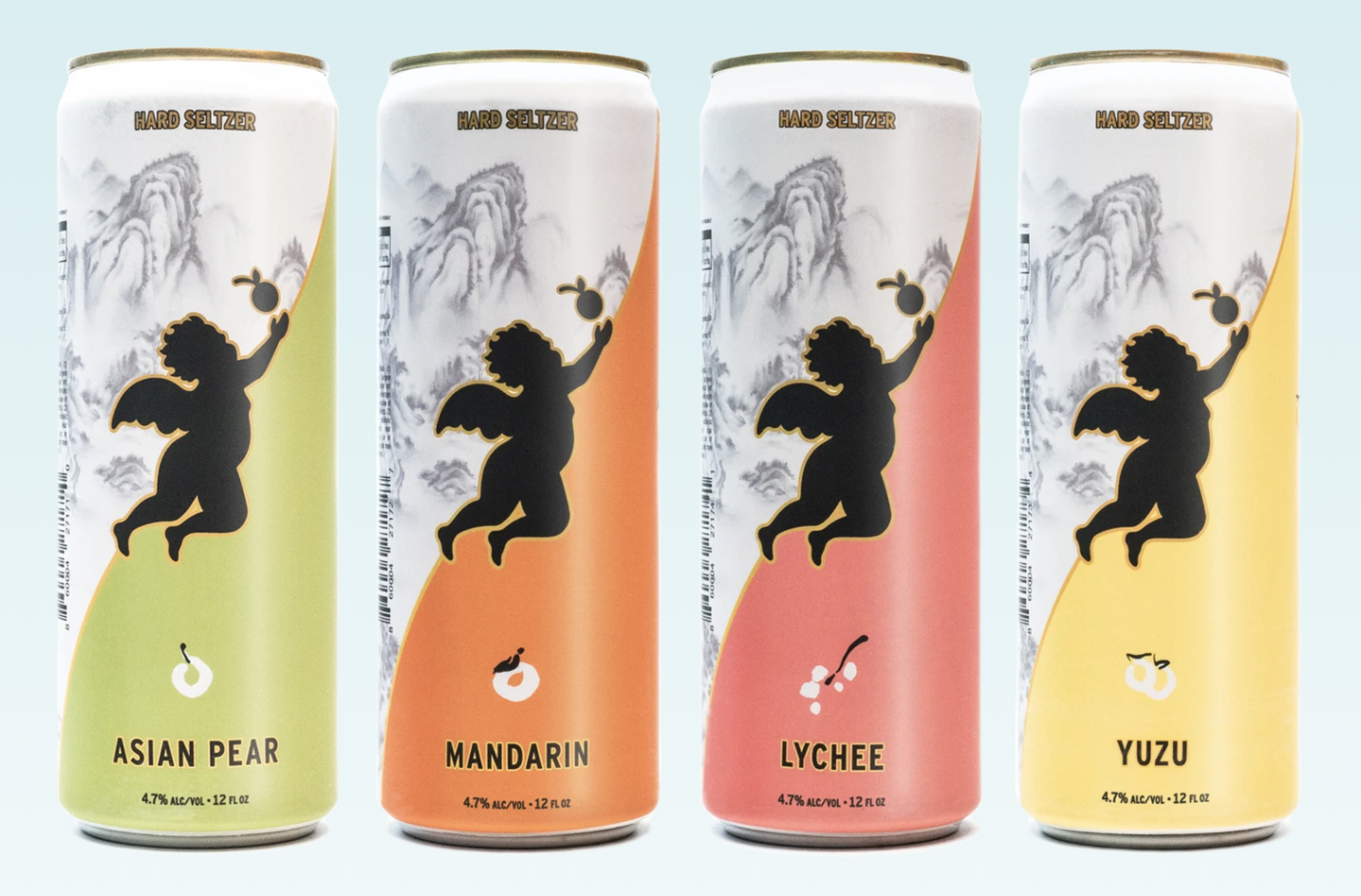 Who doesn’t love a piping hot mug of hot chocolate? If you’ve been on TikTok in the past couple of months, we’re sure you’ve seen people placing hollow chocolate balls in piping hot mugs of milk simply for them to combust open and release a slew of fun marshmallows. These are hot chocolate bombs and they make sipping your favorite chocolatey beverage even more exciting. Snag one now! 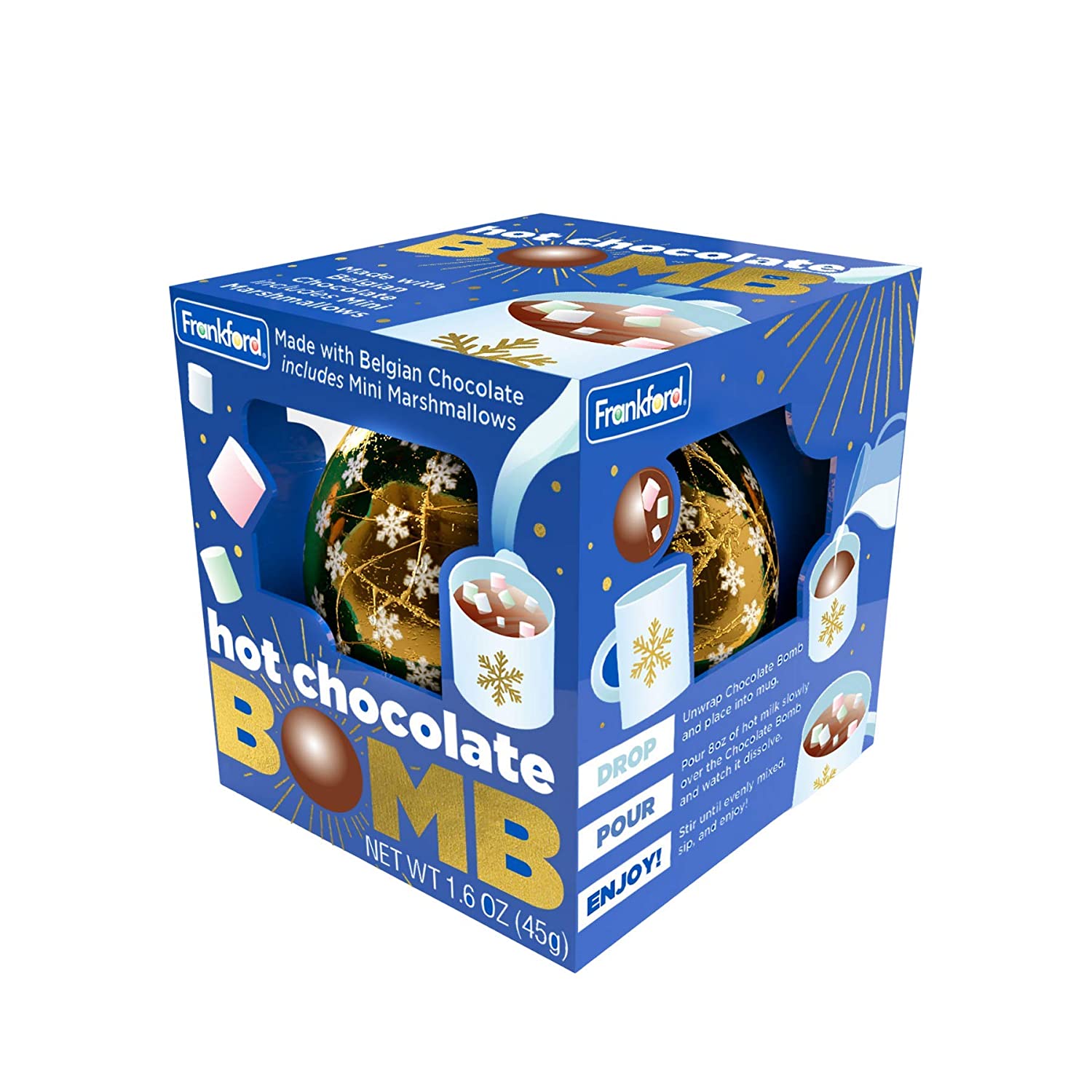 Crocs are finally cool. Something we never thought we’d say, but we’re absolutely here for. We’re seeing them all over TikTok recently in a number of cool colors and patterns. And, of course, covered in Jibbitz. If you’ve ever wondered what it was like to rock Crocs, now’s the time to do it. 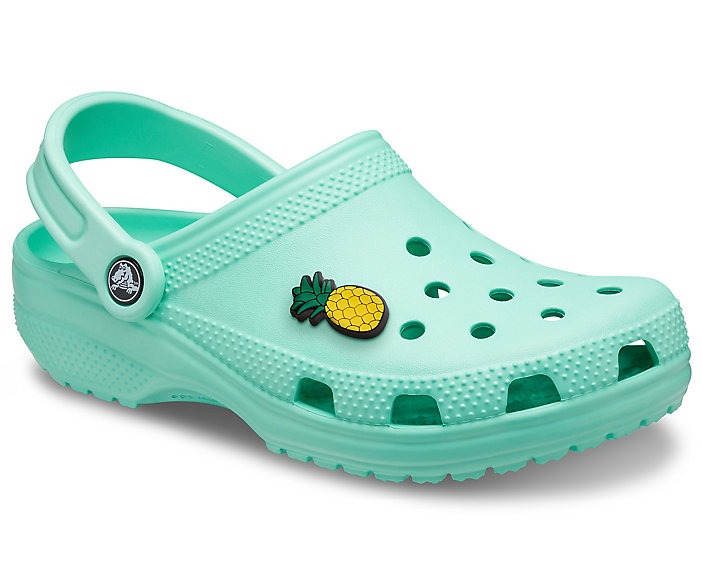 Remember that whipped coffee that took over the world right at the beginning of quarantine? Around the same time Tiger King was popular? We know, how could you forget? Well, if you’re craving the once-so-alive trend, using a milk frother will get you that deliciously whipped cup in no time. 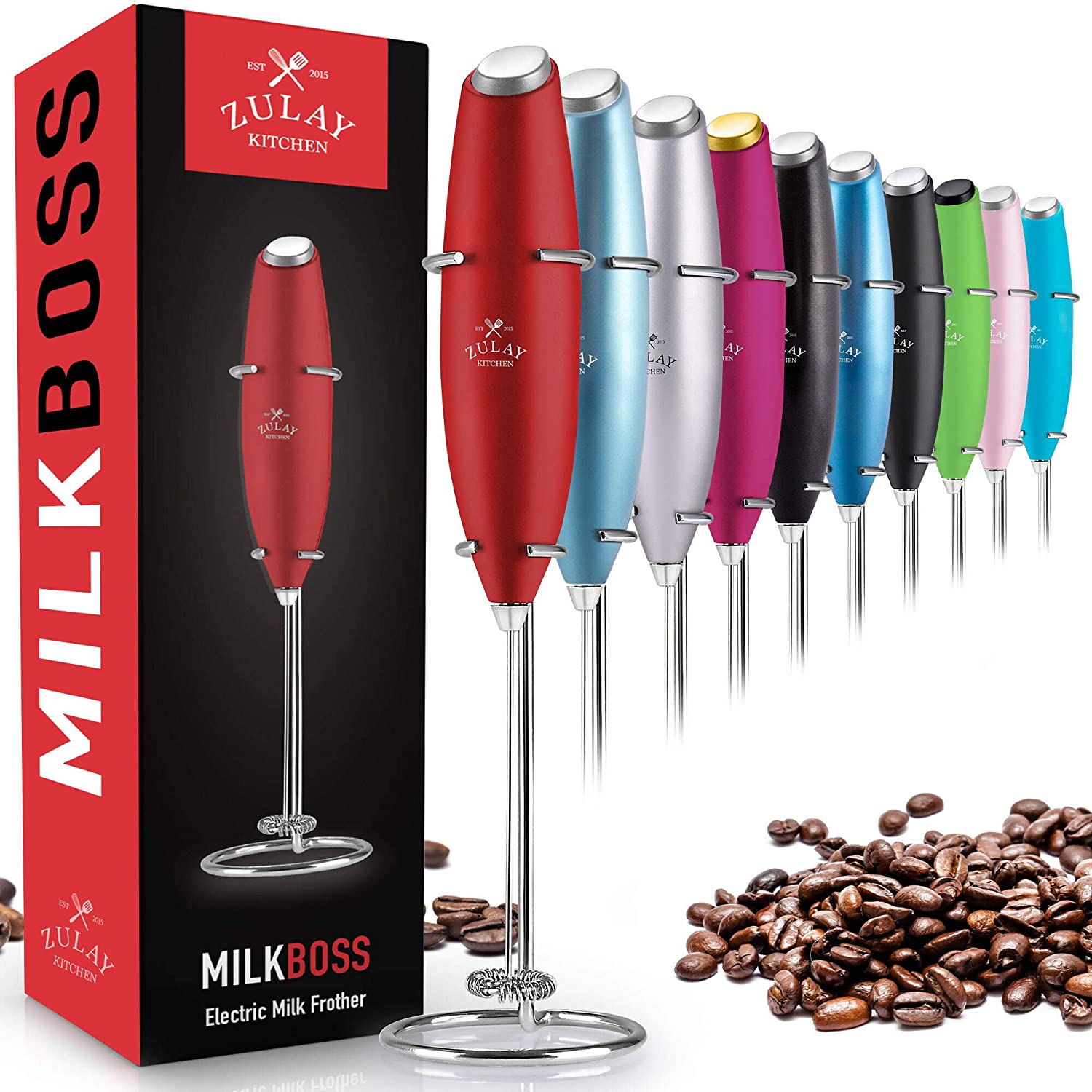