When you were a kid, what was your favorite thing to do? There’s a good chance playing with your toys might be the answer. Now imagine if you made millions of dollars doing that. It might seem unreal, but that’s the case with Ryan’s World. Ryan Kaji, the 9-year-old millionaire YouTube wunderkind, started out officially as Ryan Toys Review by unboxing toys with the help of his parents. Now he’s worth $160 million, releases a new video nearly every day and even has his own line of toys. If anyone is an expert on toys that kids will love, it’s Ryan.

Next time you have a birthday or special occasion for a loved little one, get them a gift from the line. It’s sure to be a hit. These are the best Ryan’s World Toys to keep kids entertained.

What kid doesn’t love pretending to be a spy? Kids can use the key to unlock the vault and find plenty of surprises inside, including everything needed to build their own spy vehicles and a buildable brick Spy Combo Panda. There’s also a bonus key to unlock the hidden compartment as well as a scratch-off pen and hidden marker to scratch and reveal a secret image on one of the boxes. Being undercover has never been so fun, making the Mystery Spy Vault one of the best Ryan’s World toys. 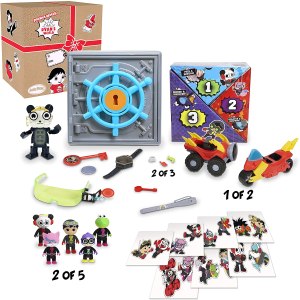 The whole family can get in on the fun, since there are three different games to play with everyone, making this one of the best Ryan’s World toys for the whole clan. The multi-pack comes with three Ryan’s World Bobsmax characters plus an Amazon exclusive character that can be rolled, launched and smashed to win the game. It’s a great gift for kids ages three and up. 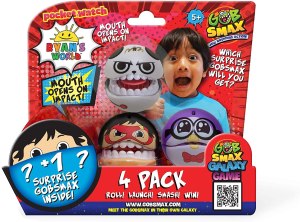 This Ultimate Red Titan was inspired by Ryan’s Red Titan superhero from Ryan Toys Review, complete with lights and sounds. It comes with a 13.25-inch tall Red Titan, a poseable Ryan as the Red Titan figure, one mystery slime, one mystery sidekick and two missiles. The Red Titan’s eyes light up when he says a range of Red Titan phrases, plus you can put the Ryan figure inside the Red Titan control center to pretend he is steering the Red Titan. 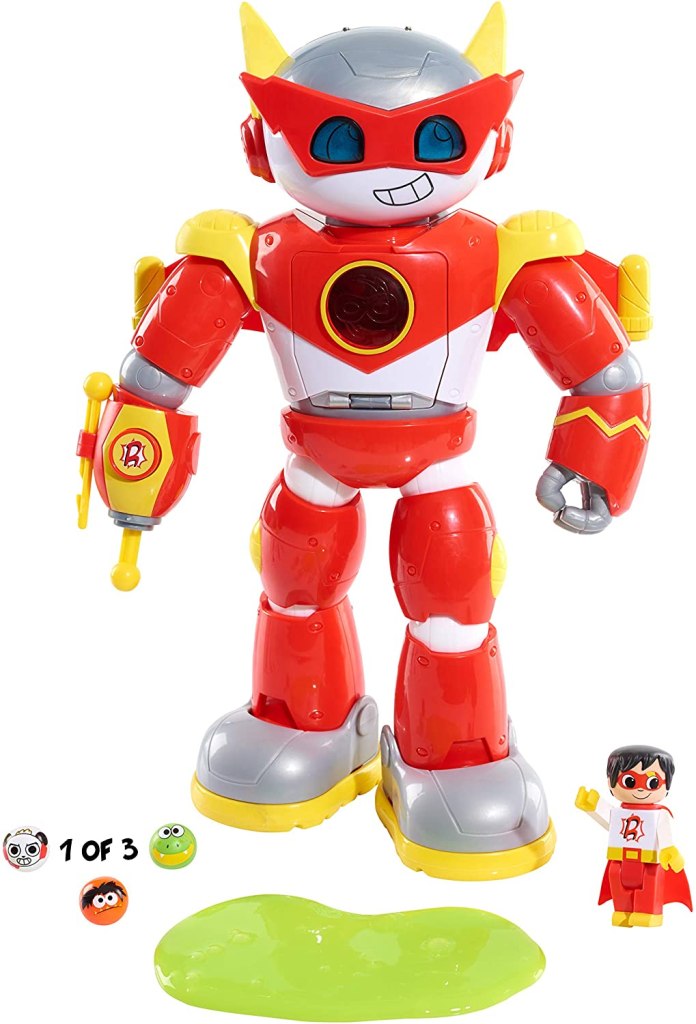 Kids will want to keep on truckin’ with the Ryan’s World Monster Truck. Just like the one seen on his Combo Panda YouTube channels, kids can have their very own. It comes with two Ryan’s World characters plus an exclusive character. Three different games can be played with it, so the whole family can have a blast together. 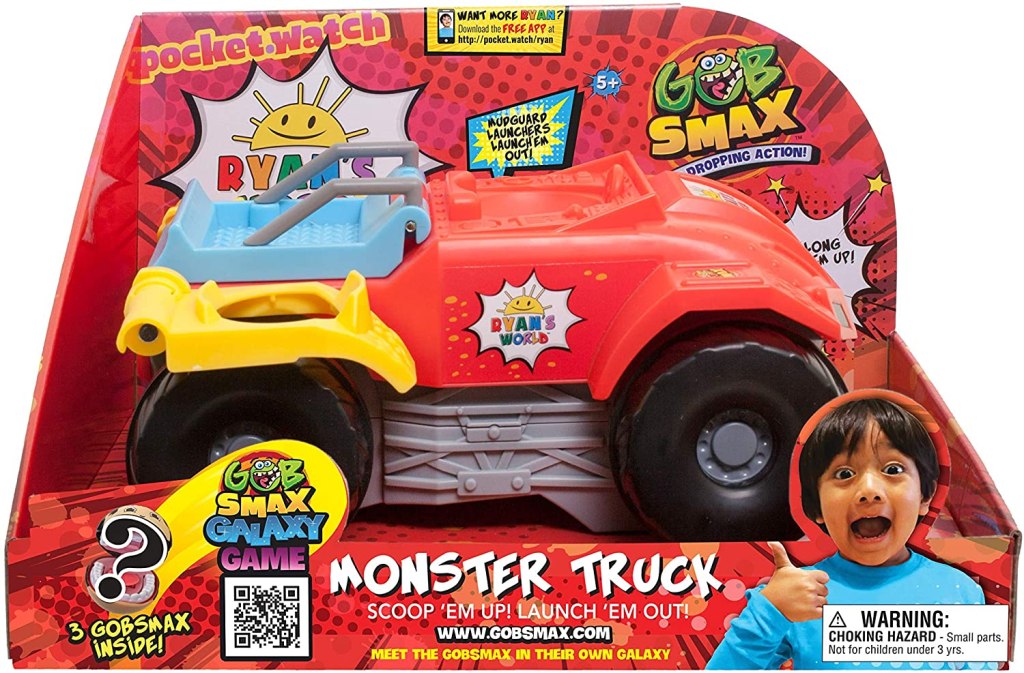 What a wild web! After watching Ryan play the game on his YouTube channel, you’ll want to get your own. In this action-packed game, players rush to get as many spiders as possible onto the web before time runs out. Kids will have so much fun that they won’t even realize they’re developing their strategic skills, since each spider can be worth another score, the removal of your opponent’s spiders, or both at the same time. You can get creative with fun and cool trick shots. It comes with 16 spiders (eight black and eight white), one web and two web stands. 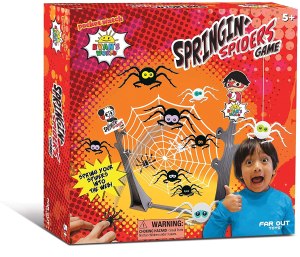 Ahoy, matey! Toy trends will come and go, but kids will always love pirates, which is why this is a top Ryan’s World item. Children can let their imaginations run wild and create their own Treasure Island world with everything inside the micro chest. It includes a small foam sword, micro putty, keys, eyepatch, Micro Dig’n Discover, five micro figures and a micro pirate ship. 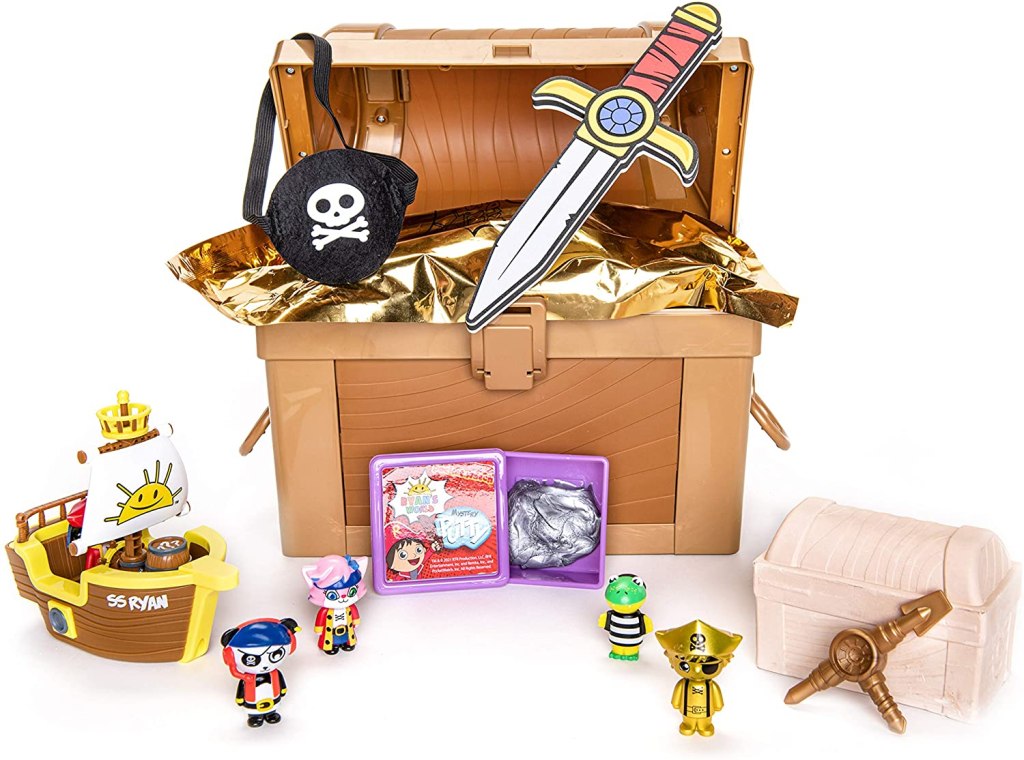 Aspiring scientists will have a blast — literally — with this Bleaker Blast. Designed for ages five and up, the reusable beaker comes with four mystery experiments. Kids can explore expanding water beads, dig and excavate, create slime and try their hand at crystallization. The container stores everything and comes with all that’s needed for all four experiments, including easy-to-follow instructions. 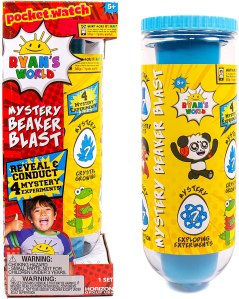 Your kids can be the stars of their own action movie with Ryan’s World Smashin’ Surprise Safes! The set comes with five safes — each with a different surprise inside — and a sledgehammer for cracking them open. 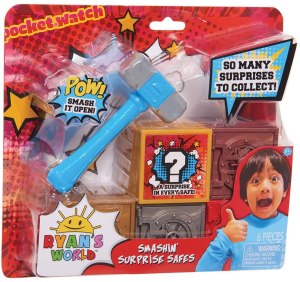 Textural, tactile toys never get old, so SlimySand is sure to be a hit with the kids in your life. They can stretch, twist, squish, squeeze, mold and shape the goopy sand to their heart’s content. Playing with it also builds kids’ fine motor skills. Parents will be relieved to know it’s mess-free and a cinch to clean up — simply store the reusable gloop inside the box in the included play tray when playtime is over. 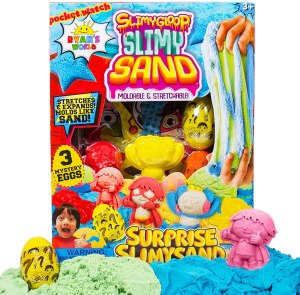 Bring out their inner archeologist with Ryan’s World Mystery Digs. Each kit comes with one mystery dig with instructions. Who knows what kids will discover after getting to the bottom? It could be anything ranging from slimy gloop to prehistoric pizza to gemstones to fossils or other collectibles. The surprise is half the fun. 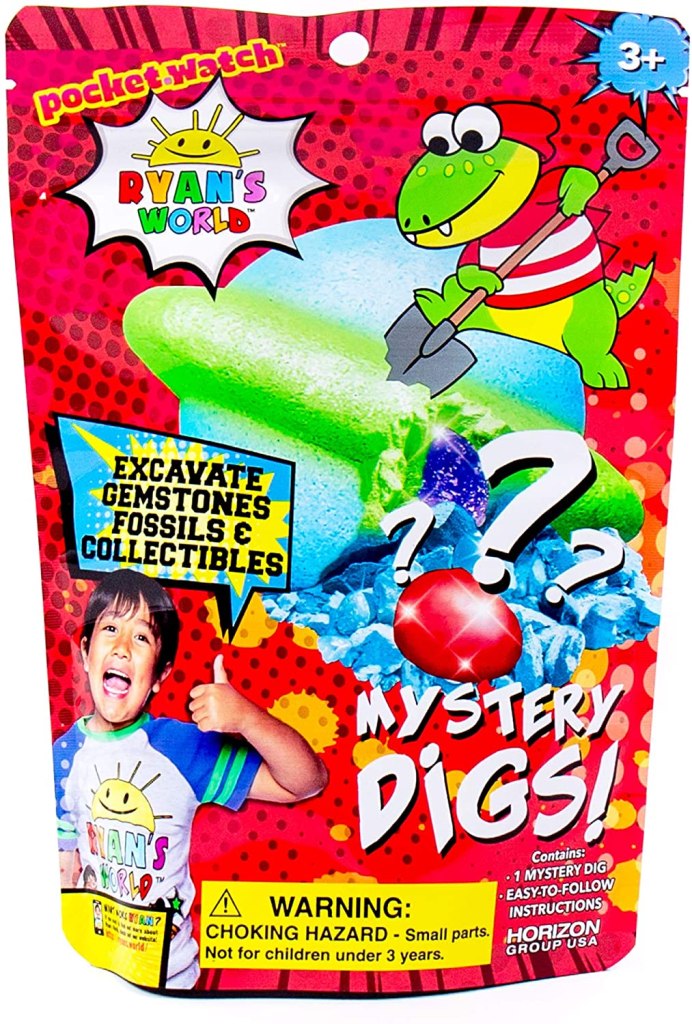