Dads can be notoriously hard to shop for, which makes Father’s Day a tricky occasion for many kids and partners out there. After all, what do you give the pops who already has everything? Sure, a swell bottle of whiskey or the latest tech works for some dads, but let’s be honest: he may very well be over the neckties and coffee mugs.

Considering that, you probably want to honor the man who helped (or is helping) to raise you with a thoughtful … something. Well here’s the good news: If your dad likes to read then you’re already ahead of the game. We recommend giving him one of the best Father’s Day books. There are tons of new releases and classic tomes alike to choose from when you’re giving the gift of words, and even a few books that you can customize yourself for the occasion.

The key is to match the book to Dad’s personality, and then do some sleuthing to ensure that he hasn’t already read the title in question (or have it laying around on a bookshelf somewhere). Is he a wannabe historian? An occasional outdoorsman? Obsessed with animals or trivia? Or perhaps he’s one of those guys who just wants to make a difference in the world — aside from raising stand-up kids, of course.

We’ve rounded up some Father’s Day books for all kinds of dads, from young papas, to the celebrity-obsessed, to those who are always looking to improve their dad-jokes game.

1. Shot in the Moonlight: How a Freed Slave and a Confederate Soldier Fought for Justice in the Jim Crow South by Ben Montgomery

Ben Montgomery, the Pulitzer Prize-winning author who brought us The Underground Railroad, released his latest novel earlier this year. The scribe digs deep into the dramatic story of freed slave George Dinning, a man who was living in southern Kentucky in 1897 when a mob of white men falsely accused him of stealing livestock. When the group riddled his house with bullets, Dinning fought back, killing one of the men. Montgomery traces the events of that night and the subsequent trial in this new account, using never-before-published material to bring this now largely forgotten tale of trauma to light. 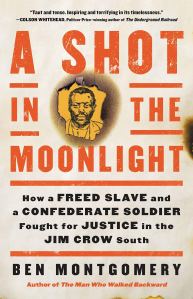 FOR THE EXPECTANT FATHER

Sure, many new parents joke that having a baby should come with a manual (the diapers, the gizmos, the sleep-training!). So pediatrician Dr. Louis Borgenicht and his son Joe Borgenicht teamed up to finally write one that also happens to make a great Father’s Day book gift. It comes with thorough instructions and helpful diagrams for the visual learners out there, helping to take some of the shock out of that oh-so-difficult first year. From sleeping to doctor’s visits to coping with complex feeding schedules, this manual covers it all in a straight-up way. 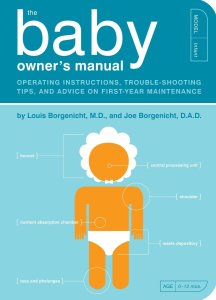 3. Bushcraft 101: A Field Guide to the Art of Wilderness Survival by Dave Canterbury

FOR THE OUTDOORSY TYPE

If your dad is a fan of Bear Grylls or secretly digs Naked and Afraid and Nick Offerman, odds are he’d love a book that covers all the essentials of surviving in the big, bad wild. Survivalist expert Dave Canterbury delivers with this bestseller, which breaks down the five “Cs” of thriving in the backcountry: cutting tools, covering, combustion devices, containers and cordages. Gift this book to your dad for Father’s Day and watch him start putting his own newly minted survival kit to the test by July. 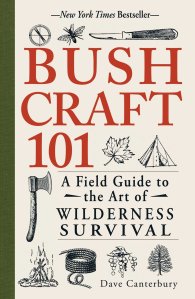 4. David and Goliath: Underdogs, Misfits, and the Art of Battling Giants by Malcolm Gladwell

Most people are familiar with best-selling journalist Malcolm Gladwell from the book that put him on the map, The Tipping Point. This tome (his fifth) uses the same style of digging into history and the human psyche in order to delve into a singular idea: how we think about and face challenges and obstacles. He begins by tracing the famous biblical tale of David and Goliath (hence the title), but don’t let that fool you. By the end of the book, he also tackles everything from loss and grief to physical and mental limitations, making this one a great gift for any dads out there who need a little inspiration or have felt stuck over the past year. 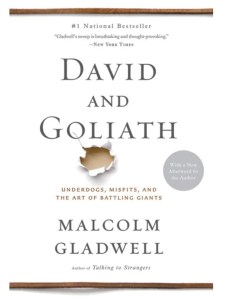 Courtesy of Barnes and Noble

David and Goliath: Underdogs, Misfits, and the Art of Battling Giants

5. Walking With Ghosts by Gabriel Byrne

FOR THE CELEB WATCHER

Thespian Gabriel Byrne puts prose to paper with this new memoir, which gives readers all kinds of insights into his life growing up as the oldest of six kids in a working-class Irish family. Through the pages, he addresses his original career path (priest) and the random jobs he worked when that didn’t pan out (laborer, messenger boy). Through it all, he paints a vivid picture of a boy filled with imagination and dreams who grows up to become a somewhat disillusioned, Golden Globe-winning actor. 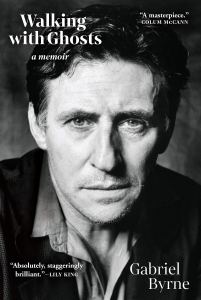 6. No Ordinary Dog: My Partner from the SEAL Teams to the Bin Laden Raid
by Will Chesney, Joe Layden

FOR THE ANIMAL LOVER

They say there’s nothing quite like the bond between a man and his canine best friend, and that notion absolutely takes center stage in this 2020 novel. The book traces the true story of a SEAL Team Operator and the dog that saved his life following a 2013 grenade blast that left author Will Chesney with a brain injury and PTSD. Dad may laugh and he may cry, but by the time he’s worked his way through these pages if he has a dog it’s safe to say he’ll be giving the pooch an extra snuggle or two. 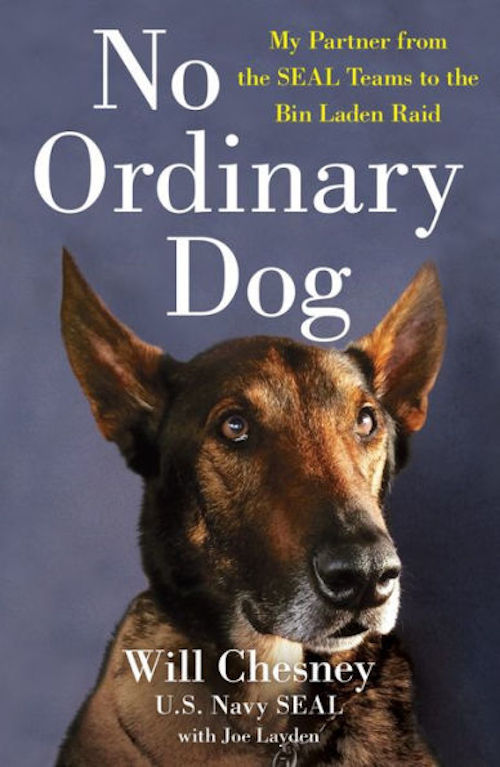 Courtesy of Barnes and Noble

No Ordinary Dog: My Partner from the SEAL Teams to the Bin Laden Raid

Show Dad how much he truly means to you with this artful, fill-in-the-blanks book. There are 64 pages filled with prompts and cues to help you break down some of your favorite memories and reflect on all of the things you’ve done together over the years. It’s a cute way to get sentimental for kids and grown-ups kids alike, and the answers will definitely speak volumes to that most important man in your life. 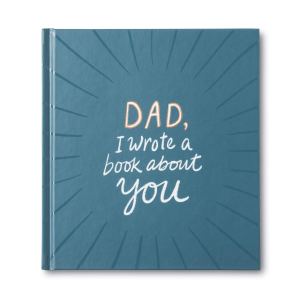 FOR THE TRIVIA BUFF

If you asked yourself an average of 24 questions each day for a year, it turns out you’d have somewhere around 9,000 questions on your hand. That was the starting point for Jeopardy! champ and guest-host Ken Jennings, whose trivia almanac is essential for any factoid-loving pops out there. Each day he takes an event in history and spins off a slew of questions based on that said event. If that isn’t enough to help your dad ultimately try out for the game show (or dominate at the next pub trivia night), then nothing is. 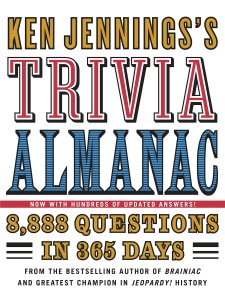 Whether your father is already a fan of online sensation TheDadLab or not, he probably will be when he sees this written collection of all the best experiments featured on the series (along with some new ones). You’ll both have fun making two-ingredient slime, producing your own electricity and making paper rockets with incredible blast-off power, and really isn’t spending quality time with the old man the point of Father’s Day anyway? That alone makes this Father’s Day book gift a win. 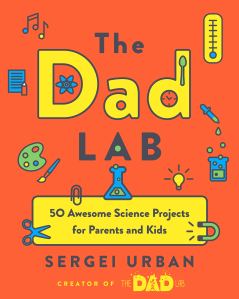 FOR THE WAR BUFF

Most war-watchers are familiar with the relationship between President Franklin Roosevelt and British Prime Minister Winston Churchill. What is less known is the relationship between those world leaders and Canadian Prime Minister William Lyon Mackenzie King. This new book from Neville Thompson, an emeritus professor of history at the University of Western Ontario, takes the diaries of Canada’s 10th prime minister and analyses what they say about Mackenzie King’s role as a mediator and ally during the Second World War. Your dad may walk away with a brand new understanding of how the war was won, as well as the part Canada played in that peace-making process. 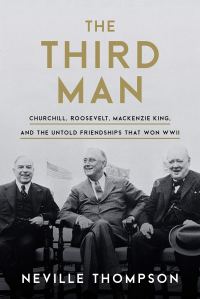 11. The Devil You Know, A Black Power Manifesto by Charles M Blow

This novel from journalist Charles Blow was an instant New York Times bestseller when it hit shelves earlier in 2021, and has been deemed a crucial read for Black Americans and allies alike. The author was inspired to put pen to paper after witnessing the ongoing violence against Black people that culminated in summer 2020. Here he breaks down what it will take to remove the existing racial hierarchy, using his experience as a Black son of the South to give a meaningful call to action. 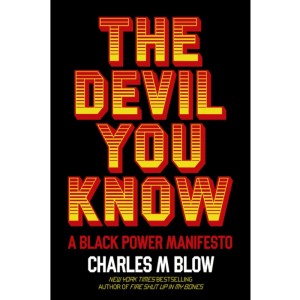 This book is a perfect Father’s Day book gift for all the right reasons. If your father is known for his (not-so) killer dad jokes and frequently slaps his own knees following his one-liners, this offering can help him up his own game. Plus the jokes are so on-brand with dad jokes everywhere that he’ll probably get a chuckle out of them on his own time too. Sign the front and watch his face light up, but be warned that you’ll probably be the person he tests all of his newly acquired skills out on, too. 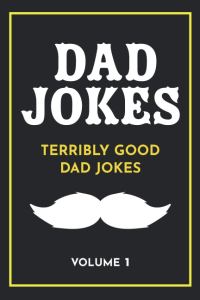 13. Under a White Sky: The Nature of the Future by Elizabeth Kolbert

Climate change was quite the hot topic before the pandemic hit, but just because the world has been focused on one crisis doesn’t mean the other has gone away. Pulitzer Prize-winning author Elizabeth Kolbert reminded everyone of that with the February release of this bestseller, which poses the question of how to save nature after inflicting so much damage. To do that Kolbert writes about the world’s rarest fish and those working to save it, engineers in Iceland who are turning carbon emissions to stone, and other impressive (but often under-reported) initiatives now happening around the globe. 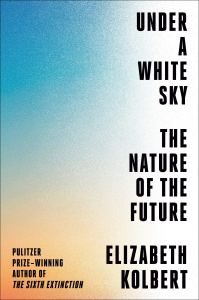 FOR THE YOUNG DAD

Bedtime will never be the same after you give the dad in your life this customizable picture book from I See Me. The personalized offering celebrates all the ways Dad saves the day, from giving you things money can’t buy to fixing household items to throwing extra bubbles in the bath. The 20-page book is USA-made and includes up to four names of those who love Mr. Super Dad, making this a cute but memorable book for Father’s Day. 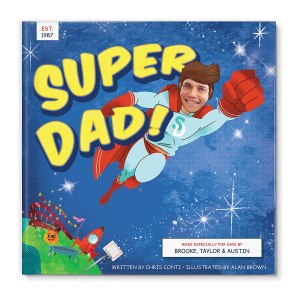 It’s the Thought That Counts, But an Affordable Father’s Day Gift Certainly Won’t Hurt as Well