Dating apps are now a fully accepted means of finding a partner… or having some fun, of course.

For a while, dating apps were very stigmatized, with most people dismissing them as either useless or reserved for meaningless hookups. But the truth is, people do find love online. According to a recent study from eHarmony, 40% of Americans online date. What’s more, these are promising relationships: 20% of current, committed relationships in 2021 originally began online.

In other words, online dating is now both normal and successful.

The main reason dating apps have blown up so fast is that they’re easy and convenient. You can browse potential matches in your spare time while commuting, lounging at home or pretending to work at the office. But if you want to secure some great dates, you have to pick a dating app that matches what you’re looking for. Some apps are better for LGBTQ people, while some filter by religion and others provide a good structure for more introverted daters.

Also, for those looking for a one-and-done situation, some great dating apps make for some of the best hookup apps to use right now. Even though that isn’t everyone’s gig.

If you’re looking for something a little more serious, check out some of the best dating apps below to see which one fits you best.

You never know what one message can do for your future.

People have a lot of bad things to say about Tinder, but it really is a tried and true dating app that you’re bound to meet some pretty cool people on. It’s got a whopping 66 million users worldwide with the majority (78.1%) being men. Although that might seem uneven for those non-LGBTQ+, Tinder welcomes around 30 million matches each and every single day. People on Tinder are more often than not, generally down to meet up with matches rather than sit at home and swipe for no reason. Whether that’s for dates or casual sex will vary, but we’re almost certain you’ll be able to score at least one date using Tinder. Plus, for post-pandemic meets, this is essentially an obvious download. 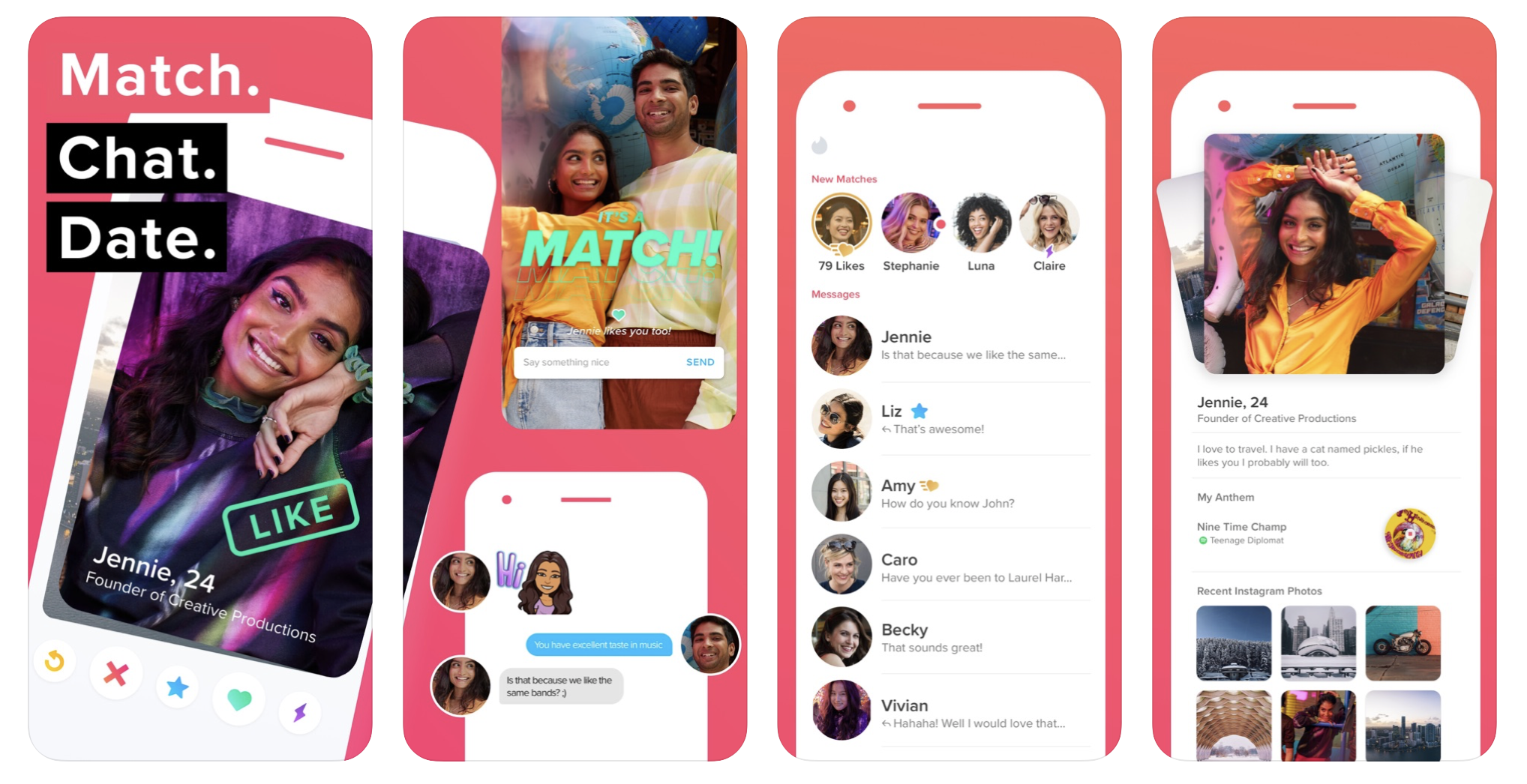 If you like the style of Tinder (quickly swipe on people in your area) but not the messiness, Hinge is a great pick. It has a similar interface as Tinder, but makes a few small tweaks that go a long way. The app asks a bunch of questions to get your interests in order, so your profile isn’t defined by a 500-character bio like on Tinder. It’s got a ton of users with over 5 million worldwide and is LGBTQ+ friendly, so we’re sure you’ll find at least someone that tickles your fancy. All in all, Hinge promotes itself as the dating app that’s “designed to be deleted”, instilling the idea that folks should actually search for genuine connection when using. Give it a go, who knows what you’ll find. 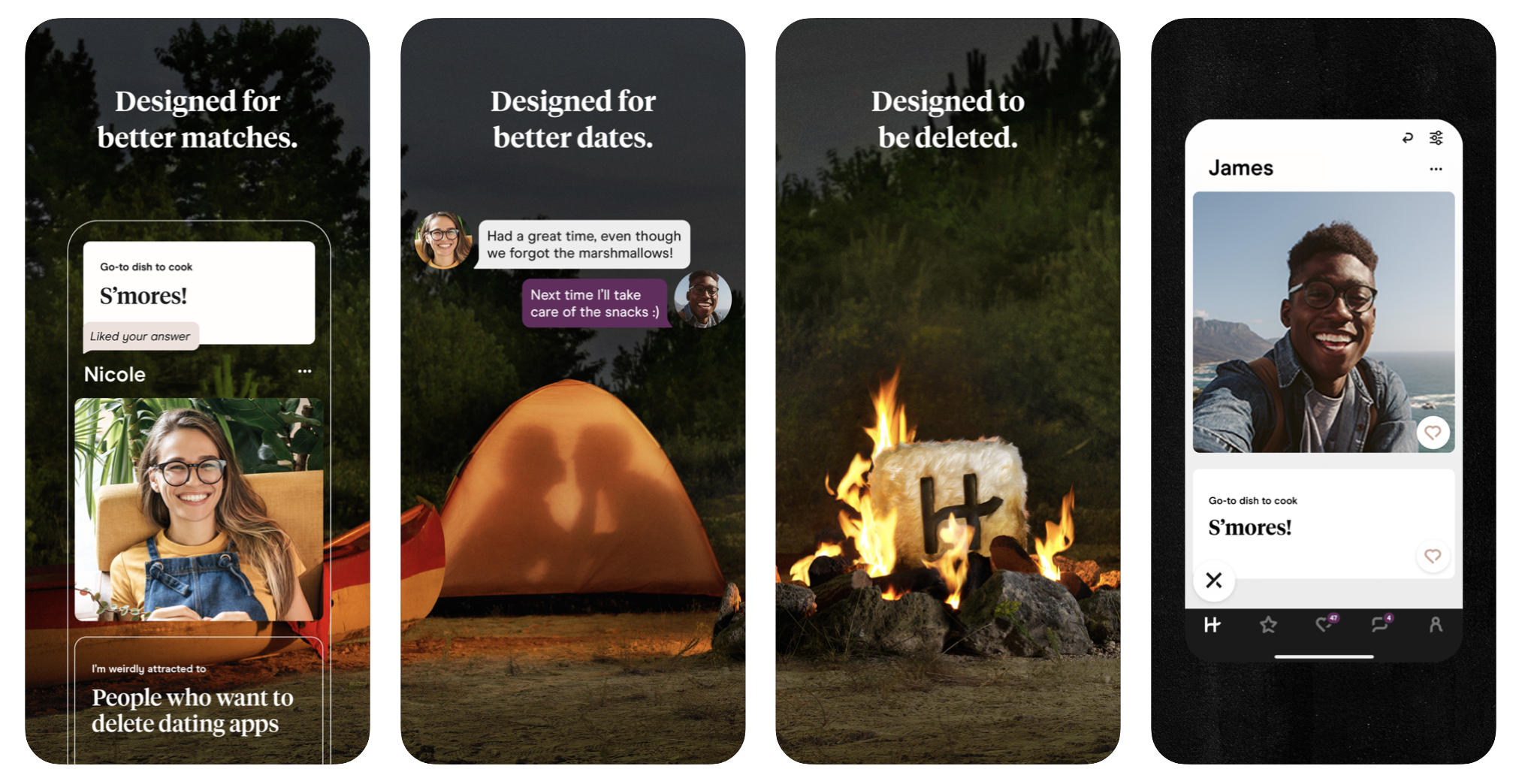 Bumble is another slight variation of Tinder, giving the woman more power in the matching process. When a guy and a girl match, the girl has to message the guy first, and she only has 24 hours to make this first move. Also, either party can extend the time to 48 hours if they’re really into the other person. This time limit has a big upside for guys, as ladies aren’t able to leave a match sitting for too long. Going along with their woman-first mentality, Bumble also gets top marks for having a real code of conduct to limit creeps. Is it the best for LGBTQ+ folk? No, not really. It works the same way, but there is no limitation as to who messages who first. Still, it’s a great app just about anyone can use. 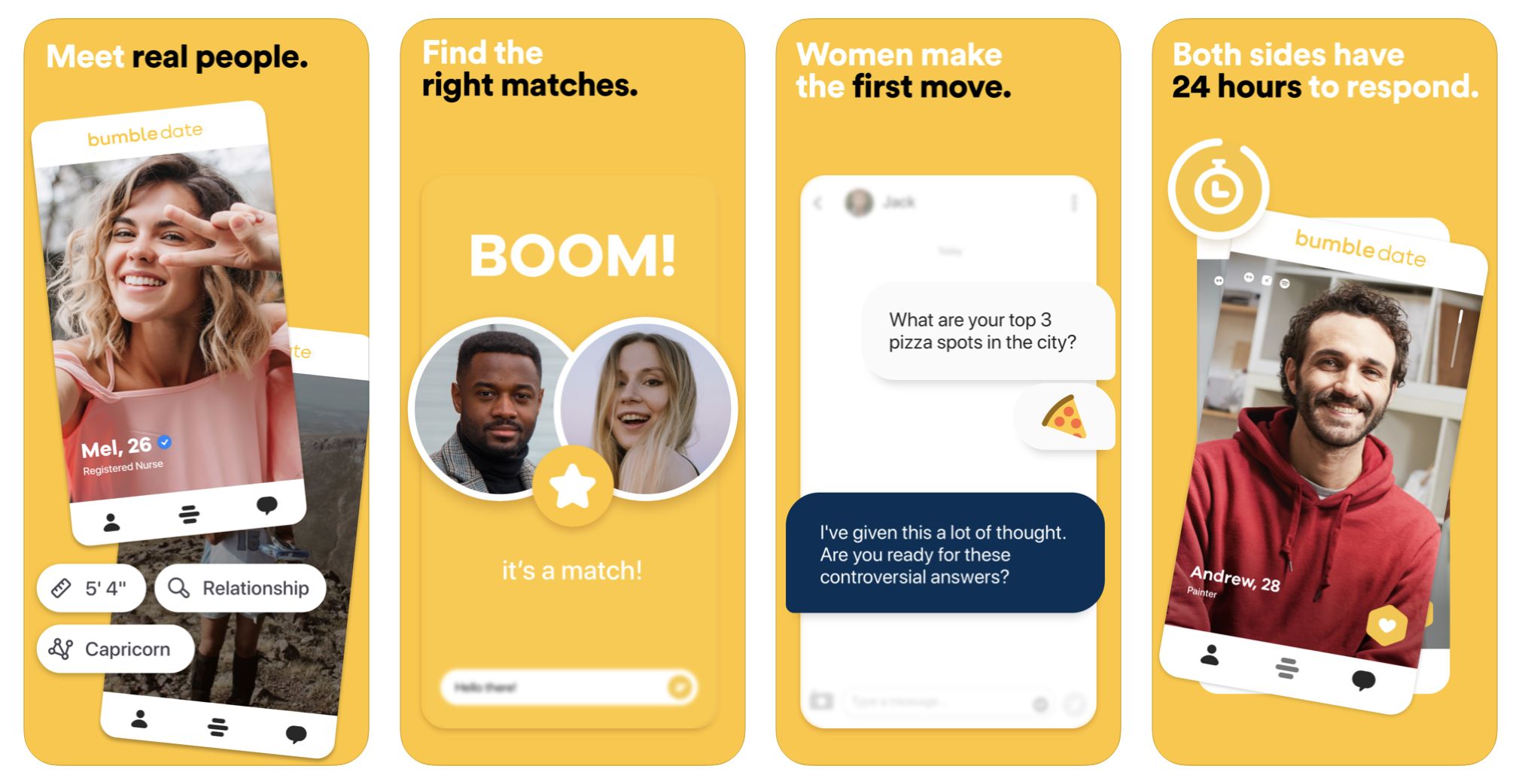 If you’re a little shy when it comes to online dating, Coffee Meets Bagel is a great option. It lends a helping hand with the conversation, offering prompts and letting matches know what they have in common to chat about. Instead of swiping anytime, the app sends you a bunch of potential matches (they call them “bagels”) at noon. Once you get these matches, you have 24 hours to like them or pass, and then if you like them, you have 8 days to make a move. 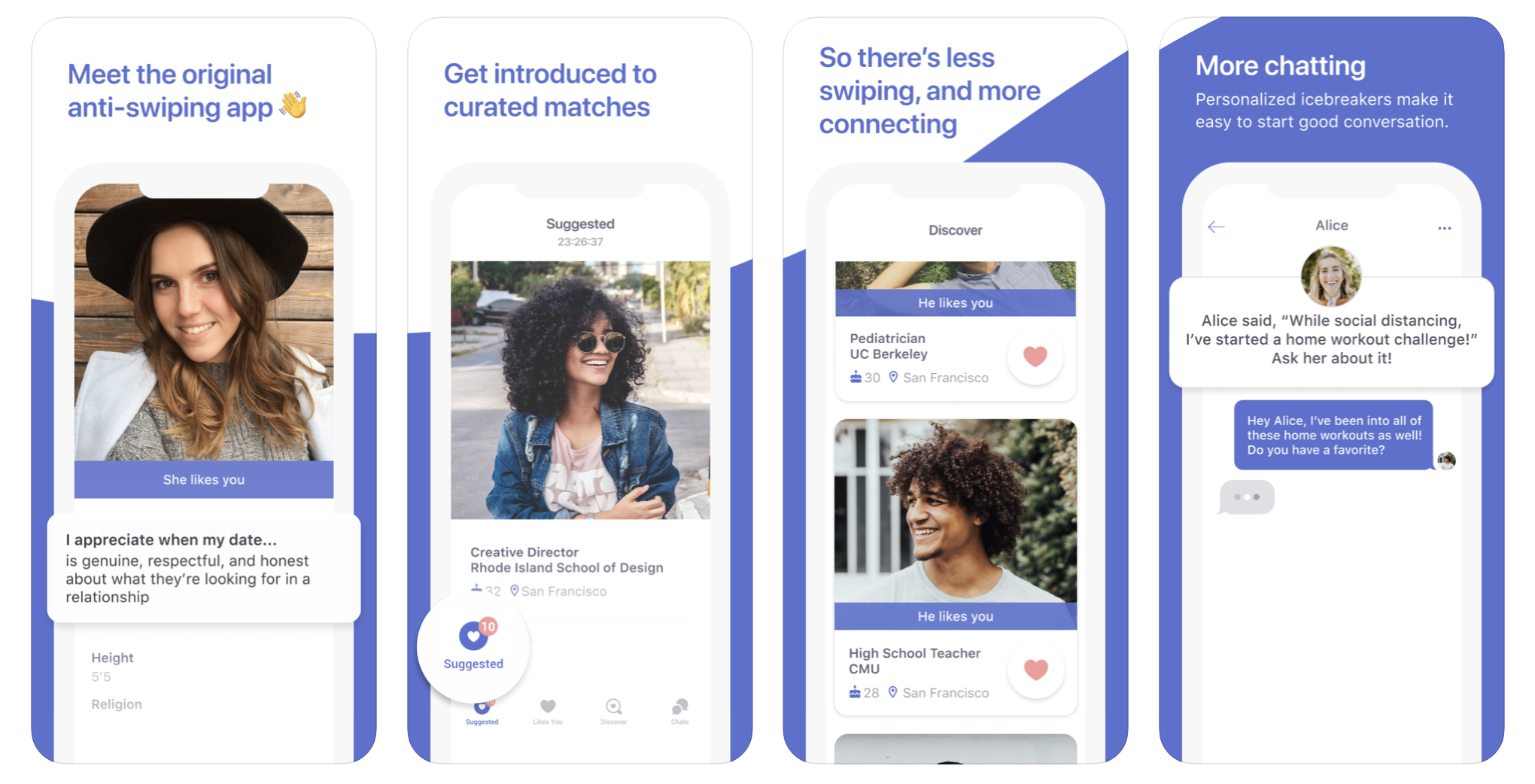 For a Tinder-like interface with more fleshed-out profiles, OkCupid is a good bet. When setting up your profile, you answer a series of questions about yourself, as well as what you’d like your matches’ answers to be, and then pick which questions are important to you. Then you browse by checking out pictures, seeing a compatibility score based on the questions and swiping. But be warned: OkCupid has a downside that’s a deal-breaker for some. There’s no filter for who can send you messages, so you might end up getting some unwelcome attention. 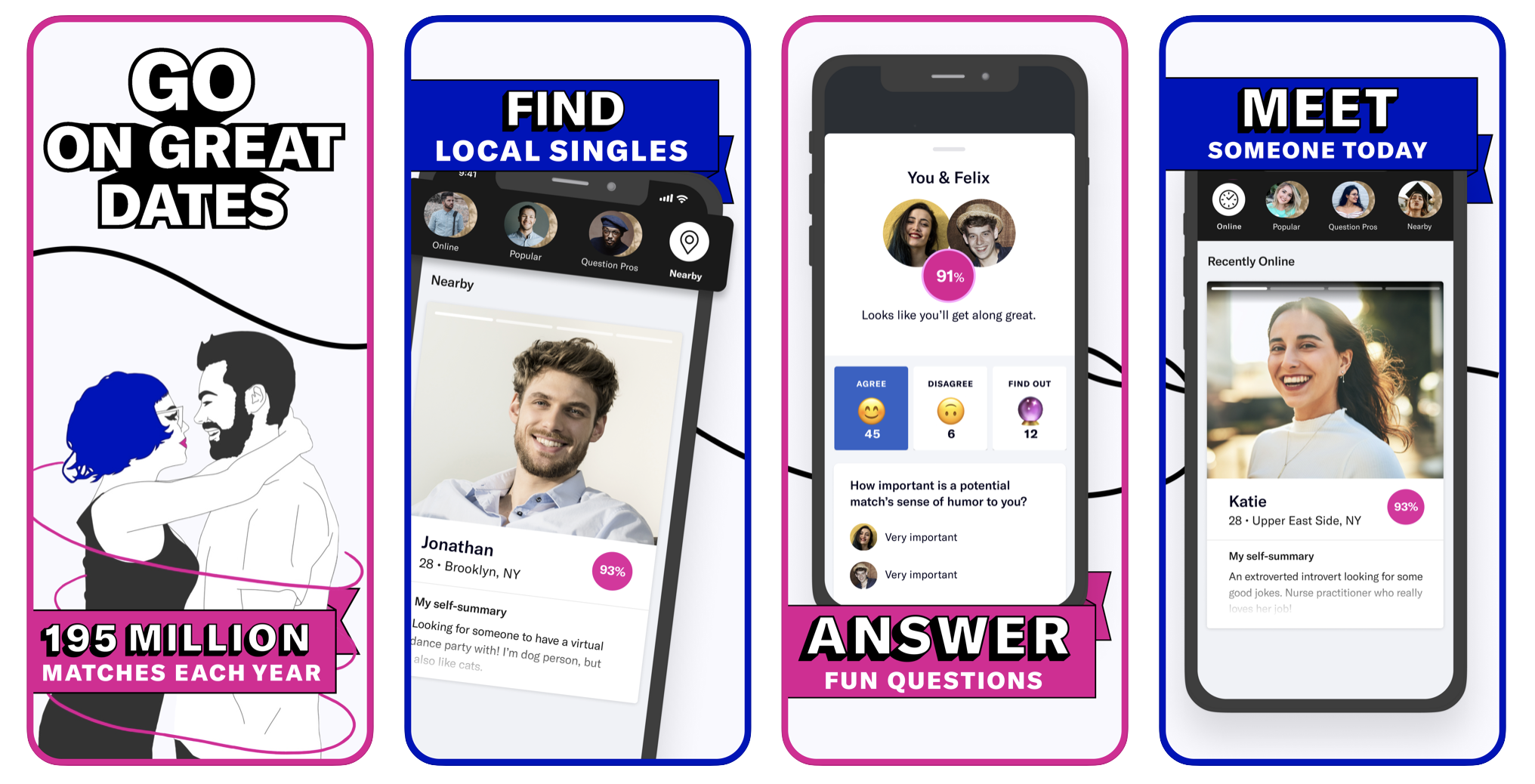 Oh, you haven’t heard of the Thursday app yet? Let us introduce you. This brand-new dating app (that’s currently only available in New York and London) that’s only accessible on, you guessed it, Thursdays. The app is quite literally inaccessible every other day of the week, showing a timer counting down until Thursday instead. On Thursdays, chat and meet with locals in your area. You only have 24 hours to create the date of a lifetime. 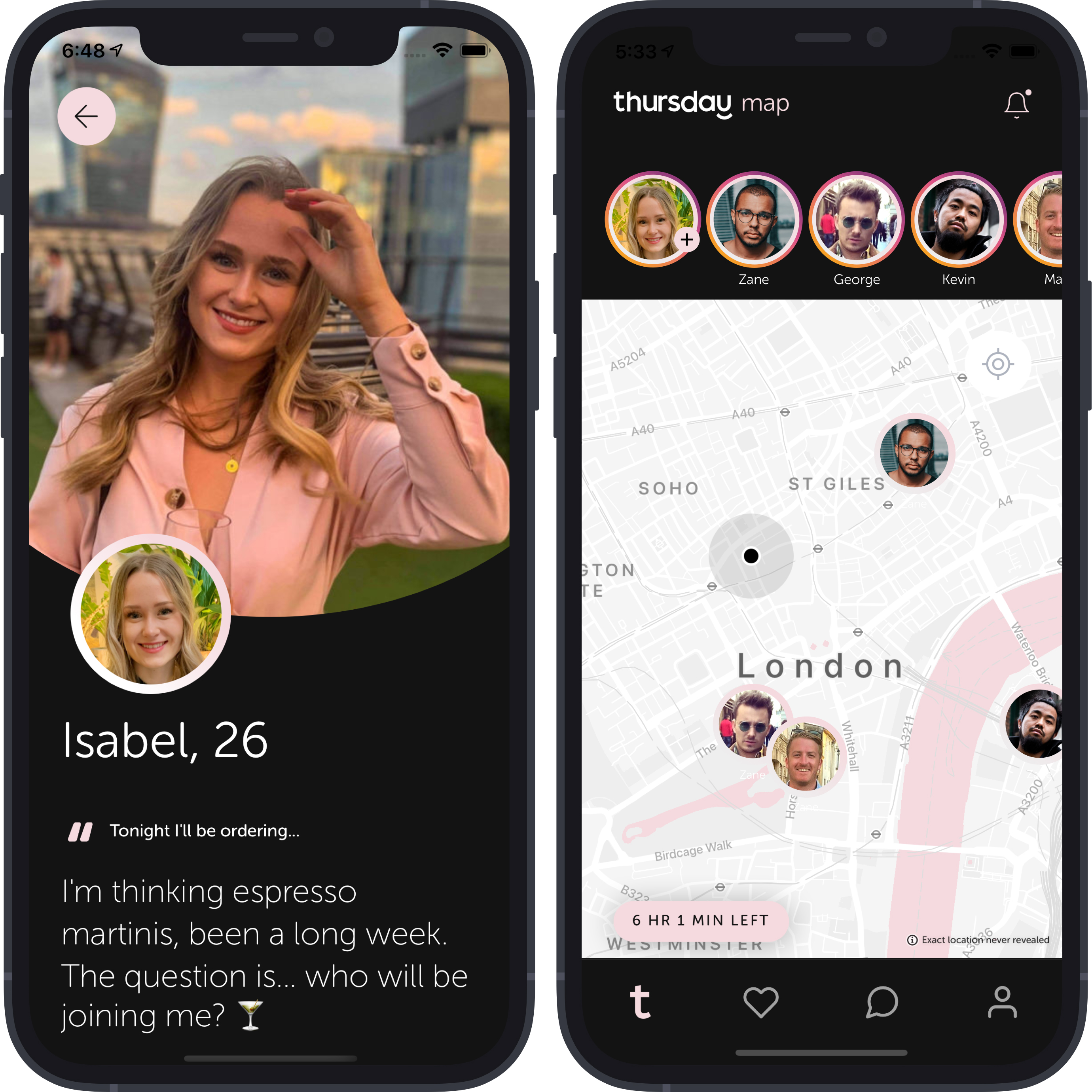 eHarmony is the wise grandfather of online dating. Its sleek interface, industry-leading database of singles and success rate have made it age like George Clooney. Speaking of the success rate, over 2 million happy couples exist today because of eHarmony, and the database has existed for over 20 years. When you sign up for the app you create a unique profile with photos, partner preferences and your bio. Then you’re free to flirt with the massive pool of online dating candidates. 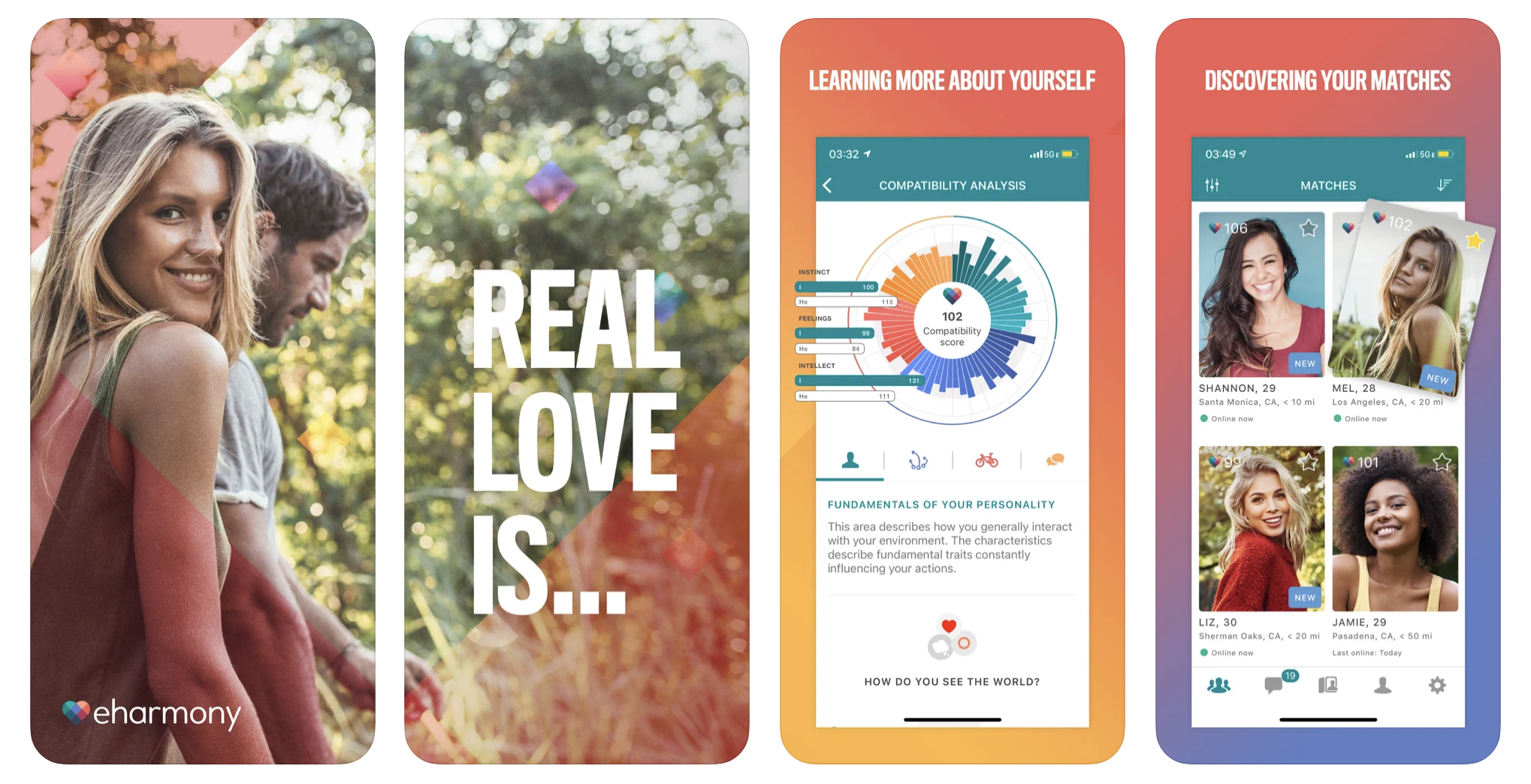 Gay, bisexual, queer and curious singles looking to hook up have the best app for doing just that: Grindr. It’s easy to use, efficient, and users say it leads to hookups very often — sometimes in as little as 10 minutes. This is mainly thanks to a huge database, but also a proximity feature that shows you the closest guys when you log on. But while casual hookups are common, the app does start relationships as well. 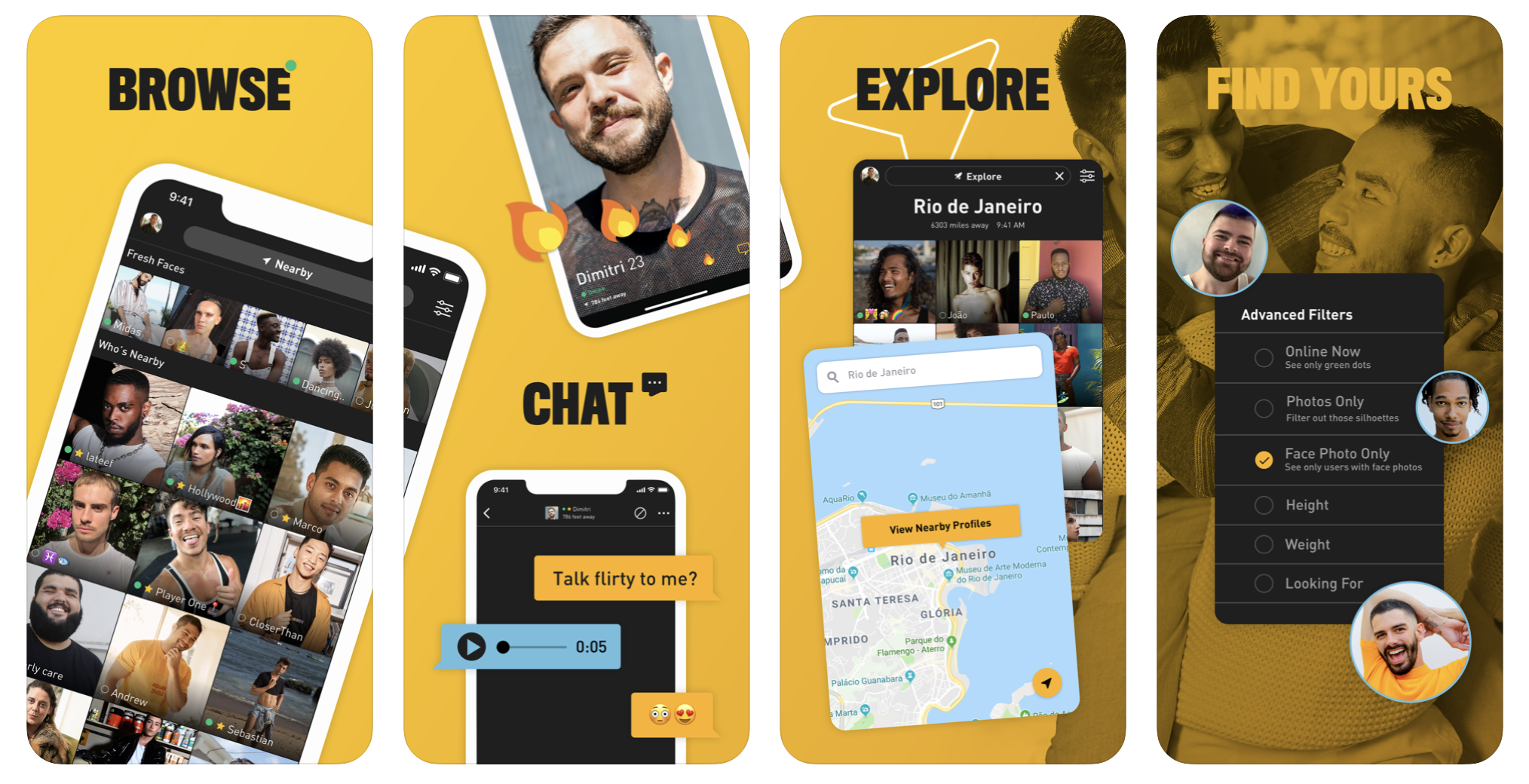