* The King of Pop released 12 studio albums, including two posthumously
* His solo career really took off after leaving Motown records and signing with Epic/Sony
* Jackson passed away in June 2009 at the age of 50

It’s been almost a decade since Michael Jackson’s sudden passing at the age of 50. The undisputed King of Pop was found unresponsive at his home in Los Angeles and died shortly after. Yet despite his untimely passing — and the often rocky relationship he had with the press — Jackson’s fans continue to embrace his music, and the legacy he left behind.

Every June, on the anniversary of his death, and every August 29, the late singer’s birthday, fans will undoubtedly gather to pay tribute to their musical icon. Whether you followed his personal life gossip or not, it’s undeniable that Jackson was a musical genius, with a back catalog of melodies, lyrics and moments that people will remember forever.

Add Comment
4 People Commenting
asou
3 years
dangerous is a really underated album
marco34la
3 years
RE: BAD "I Just Can't Stop Loving You" --- author needs to fact check. The song was...
marco34la
3 years
agreed. "off the wall' was a comeback from being a little kid in the jackson 5. a...

Add Comment
4 People Commenting
asou
3 years
dangerous is a really underated album
marco34la
3 years
RE: BAD “I Just Can’t Stop Loving You” — author needs to fact check. The song was…
marco34la
3 years
agreed. “off the wall’ was a comeback from being a little kid in the jackson 5. a…

Though Jackson’s first solo releases (without the Jackson 5) were released as a teenager on Motown Records, his solo career didn’t really take off until he made the move in 1979 to Epic Records – the label he would remain with until his death 30 years later. Here, we take a look back at his biggest albums with Epic.

Michael was the first posthumous album put out under Jackson’s name, containing previously unreleased tracks by the late singer. While many tracks, including the lead single, “Hold My Hand,” were recorded by Jackson before his death, controversy arose over a number of other songs on the album, with fans — and even members of the singer’s family — accusing producers of using other voices to finish the tracks. 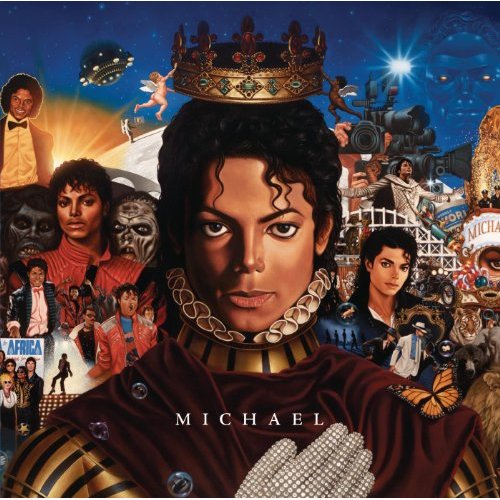 Released posthumously in 2014, Xscape debuted to slightly less controversy than Michael. That was partially due to the fact that L.A. Reid, the then-head of Epic Records, personally enlisting Timbaland and a team of producers to oversee and contemporize the album’s eight tracks. The first single, “Love Never Felt So Good,” also featured Justin Timberlake trading verses with Jackson, letting Timberlake take the unfinished parts of the song instead of trying to mimic Jackson’s voice in the studio. It helped that “Love” was a satisfying, Daft Punk-esque dancefloor jam, too. 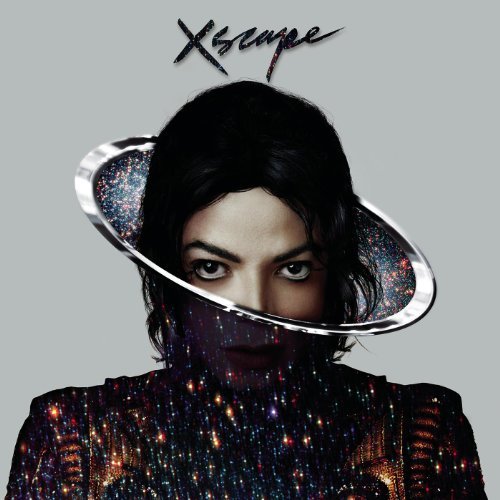 HIStory (full title: HIStory: Past, Present and Future, Book I) was a two-disc album that featured Jackson’s greatest hits on one disc and a collection of new material on the other. The album debuted at number one around the world and spawned a number of memorable hits, including “Scream” (a duet with sister Janet Jackson); “You Are Not Alone” (the music video featured Jackson with his then-wife Lisa Marie Presley); “Earth Song” (which focused on environmental awareness); and “They Don’t Really Care About Us,” a politically-charged salvo which attracted controversy over some questionable lyrics. 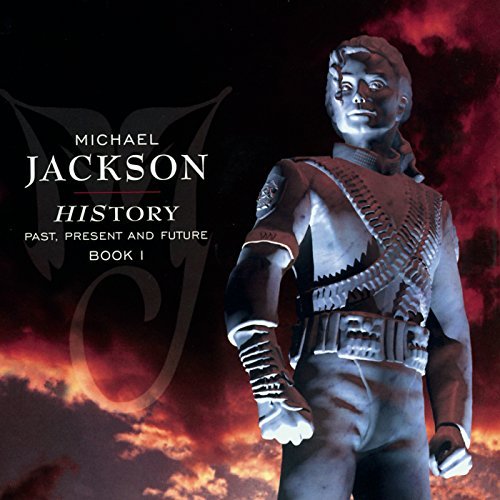 HIStory: Past, Present and Future, Book I

Released in 2001, Invincible was the final studio album recorded by Jackson while he was still alive. It reportedly took him over four years to write and record the album, and critics found the finished product both disjointed and lacking in inspiration. Still, its lead single, “You Rock My World” was a hit, earning a Grammy nod for “Best Pop Vocal Performance,” and the album topped the charts. The memorable music video clocked in at over 13 minutes long and included appearances by everyone from Chris Tucker to Marlon Brando. 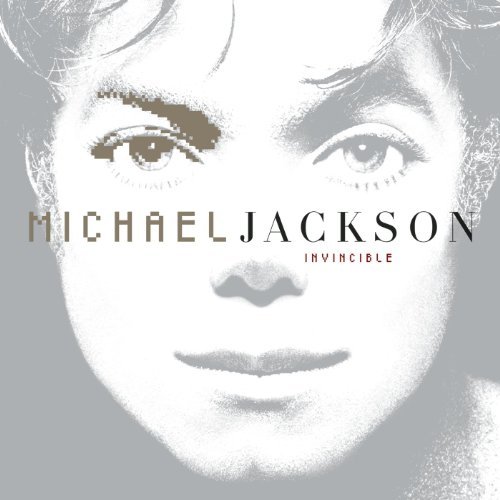 This album was notable as it was the first one to not be produced by longtime collaborator, Quincy Jones. One of Jackson’s best-reviewed albums, Dangerous was praised for living up to its name, with edgier beats and lyrical content penned by Jackson and his new producing partner, Teddy Riley. Dangerous spawned nine singles, including “Heal the World,” which would go on to become one of Jackson’s signature songs.

KEY TRACKS: Heal the World, Black or White, Remember the Time, Will You Be There (theme from “Free Willy”) 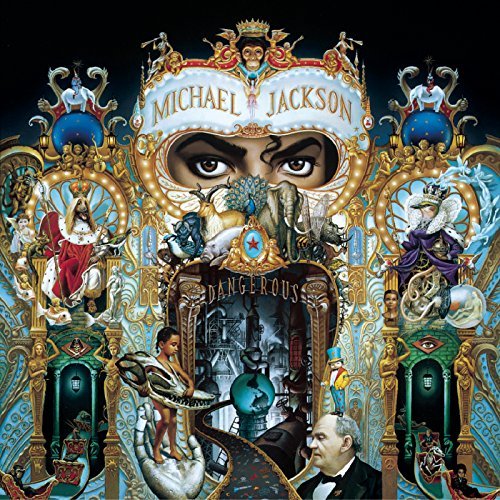 Released in 1987, Bad spawned a record five number one singles on the Billboard charts, a feat that would go unmatched until 2011, when Katy Perry tied the record with her album, Teenage Dream. For Jackson, Bad continued his string of both critical and commercial success in the 80s and established him as a true solo star, who was now stepping further and further away from his family and comfortably out on his own. Ironically enough, Bad was reportedly supposed to include duets with Prince, Whitney Houston and Aretha Franklin, though none of those collaborations ended up happening. Bad was remastered in 2012 for its 25th anniversary pressing. 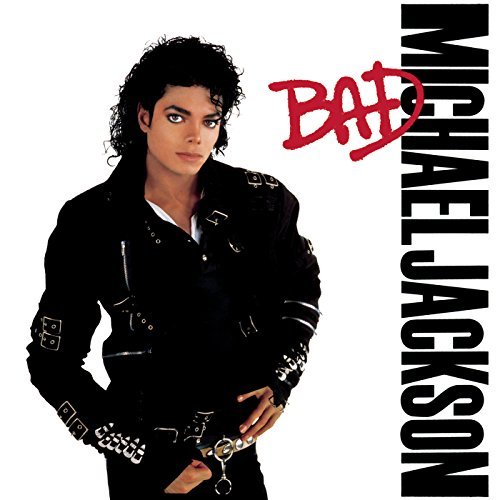 Though this was his fifth studio album as a solo artist, Off the Wall was Jackson’s first release on Epic Records and marked a departure from the doo-wop lite and R&B stylings of his previous work on Motown. Critics hailed the album as a “major breakthrough” for the artist, citing the newfound maturity in both his voice and lyrics, and praising him for crossing genres into pop, rock and even jazz. Off the Wall earned Jackson his first solo Grammy award (for “Don’t Stop Till You Get Enough”) among other accolades. Still, there were rumors that Jackson was unhappy with the response to the record, believing that he should have also been nominated for “Record of the Year” and vowing to come back with an album that would set the charts — and the world — on fire…

KEY TRACKS: Don’t Stop Till You Get Enough, Rock With You, She’s Out of My Life 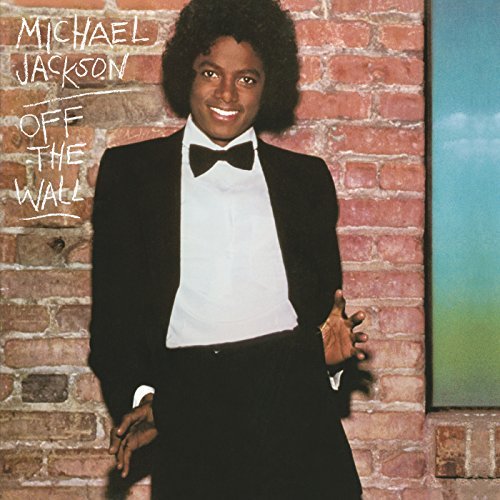 Michael Jackson’s Thriller is the biggest album of all time, with more than 30 million sales alone in the States and an estimated 100 million worldwide. Thriller was released in 1982 and spent nearly 2 1/2 years on the Billboard album chart with 37 weeks at No. 1, holding the modern day record. It was also the first album in history to spend its entire first 80 weeks in the top 10. It spawned seven singles, all of which are still huge hits today, and it cemented Jackson as one of music’s greatest storytellers. The resulting promotional appearances, videos and tours also delivered some of Jackson’s most visually impactful moments, including the debut of his moonwalk (in 1983) and the acclaimed Thriller music video.

True to his word, Jackson delivered a massively successful album, and Thriller took home a record-breaking eight Grammy Awards… including “Record of the Year.” 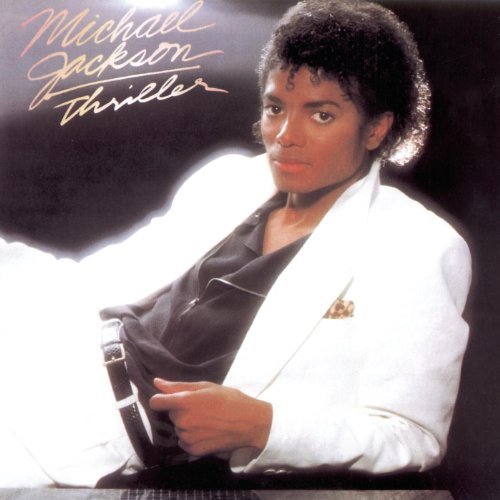