It’s estimated that the average American spends around 60 hours a year in the shower. If you’re going to be investing such a large amount of time in any activity, it’s definitely worth ensuring you make the most of that time and enjoy it to the max. So old, rust-filled shower heads, which point the wrong way, provide an uneven drip or make you feel like someone’s firing a hose at your face, just aren’t acceptable.

Whether you prefer full body coverage, a focused jet shower or the popular rain-like experience, there’s a replacement shower head to give you the experience you’re currently missing. And while you may say replacing your shower head is too big a task or too much hassle, changing out this bathroom fixture is often just a case of unscrewing the old one and screwing in the new one. The task simply takes a few minutes to complete!

Below, we’ve put together a list of the top 10 shower heads on Amazon. There are options for all kinds of showers and all kinds of experiences. The list includes fancier-looking shower heads, which add a touch of class to your bathroom, as well as eco-friendly options, which manage water to keep your flow high without waste.

Forget showering under your wonky, half-blocked shower head and switch it out for something new. You’ll feel better knowing you’ve got at least 60 enjoyable hours to look forward to every year.

Boasting over 2,000 five-star reviews from happy customers, the SparkPod Shower Head is hard to beat. The sleek six-inch diameter head delivers a monsoon rain shower experience and sports touch clean silicone nozzles to make cleaning away lime and calcium build ups simple. The threaded attachment means installation is incredibly simple, while the brass swivel ball joint ensures the shower head is angled in the right direction. The chrome-plated design is made from a tough and durable plastic and also comes in two different styles. 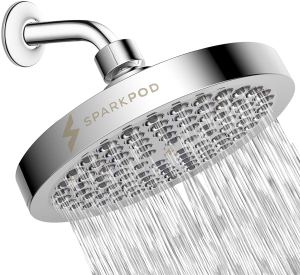 Thoroughly tested by a team of experts, this shower head has a four-inch face and rub-clean jets to help prevent lime build up. It also has six different settings, from power rain to rain mist. Thanks to this, you can customize your water strength to best suit your needs. 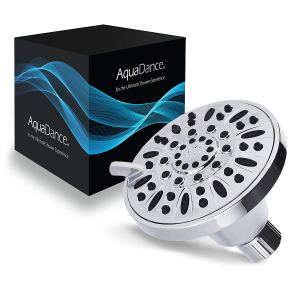 With its five different shower functions, the Briout Handheld Shower Head is capable of delivering the exact shower you desire through its 47 self-cleaning nozzles. Options include power mist, power rain and pulsating massage and can be chosen using the handy tab on the lower face. The high-quality shower head is made from an ABS plastic and fits into the multi-angle adjustable brass swivel ball bracket to give you a hands free experience at any angle of your choosing. 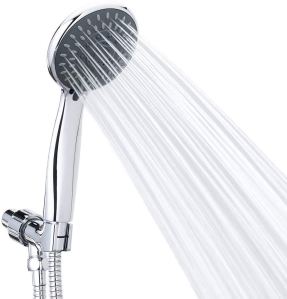 This shower head provides three inches of powerful rain spray while only requiring a low water flow. It also comes with silicone jets that won’t collect mold as easily. And, as an added bonus, it has 1/2” threads, so you can install it in a matter of minutes. 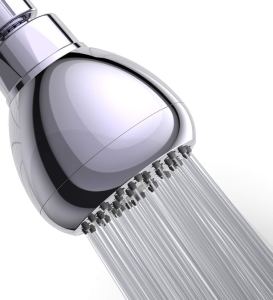 With over 500 five-star reviews from Amazon customers, there’s plenty of evidence to suggest you’re going to enjoy your time under the Swelldom High Pressure Shower Head. It sports a swivel brass ball connection, which allows you to point the head in the exact direction you want, while the self-cleaning nozzles pummel you with water in the style of your choice. Whether you want a concentrated jet or widespread spray, this head has an option for everyone. The simple threaded connection also means the head takes only seconds to install. 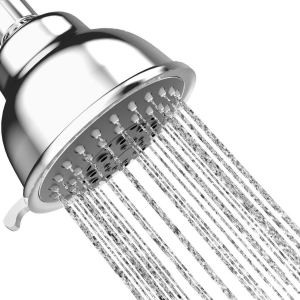 Averaging three times more coverage than your typical shower head, this Delta Faucet shower head has a unique wave pattern. It’s also WaterSense labeled, which means it uses 20 percent less water than a standard shower head. And it comes with a limited lifetime warranty, so you can shop with confidence. 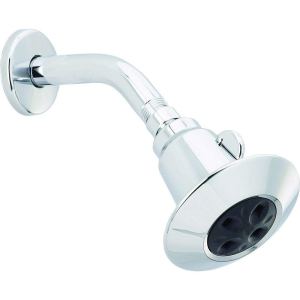 If you prefer a handheld shower head, this model by YOO MEE increases water pressure in a gentle, sustained stream. Regardless of the condition of your pipes, this shower head will ensure you get a steady blast, even if your bathroom suffers from low water pressure. Plus, it comes with three different settings for easy customization based on your preferences. 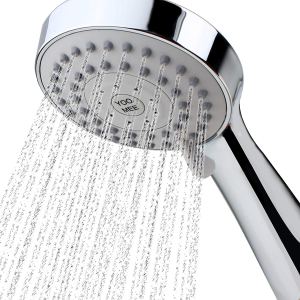 The Ezelia High Pressure Shower Head offers both a handheld and fixed option for shower time. The fixed bracket allows you to choose any angle, while the flexible hose makes other cleaning jobs around the bathroom more simple. There’s also five different settings to choose from, including massage, spa spray and mixed-power mode. You’ll also find a handy pause mode, which temporarily stops the water without changing the temperature, allowing you to lather up and save water all at the same time. 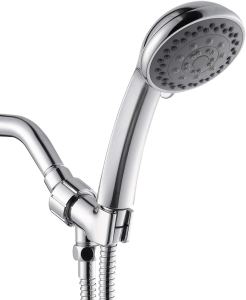 At eight by eight inches, the Taiker High Pressure Rainfall Shower Head delivers a rain-like experience you’re sure to love. The ultra-thin design helps to increase pressure within the head to maximize water flow. The shower head also includes a handheld option, which allows you to switch between three different functions: just the rainfall head, just the handheld or both together at the same time. Each of the nozzles in the two heads are made from soft silicone, which cleans itself and helps resist corrosion. 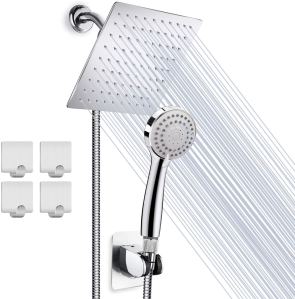 The Kohler Awaken G110 Multifunction Showerhead is a well-reviewed option, which comes in a range of finishes, including brushed nickel, polished chrome and oil-rubbed bronze. The head itself boasts a two-gallon-per-minute flow rate and offers three different spray options, which can be chosen using the built-in head tab. You can also choose a targeted spray to help relax your sore muscles or a general spray for an all-around daily wash. In addition, the main joint swivels to provide the best water coverage possible. 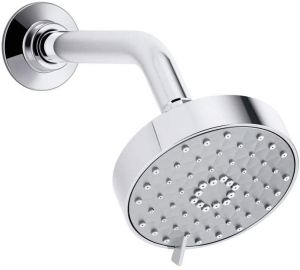 The AquaDance Premium High Pressure Rainfall Combo offers a modern variation of the traditional rainfall shower head thanks to the handheld head that sits above the rainfall shower head. With a seven-inch face for complete coverage, this well-reviewed shower head has a high power click dial that allows you to choose your desired pressure between one of its six settings. The lock knut secures this setting into place, and the stainless steel hose allows for long-lasting use. 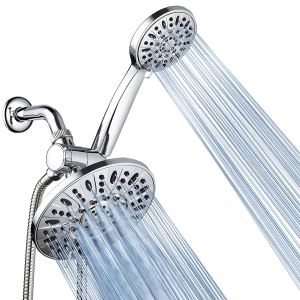