Writing about the multiple successes of Beyonce’s albums and singles would yield endless pages of #1 hits, national and international awards, multiple massive world tours and let’s not forget, the picture perfect not-so-personal life.

Throughout her career, Beyonce has sold more than 100 million records worldwide, making her one of the world’s best-selling music artists, has won 22 Grammy Awards and is the most nominated woman in the award’s history. She was listed among Time Magazine’s 100 most influential people in the world for two years in a row, and Forbes ranked her as the most powerful female in entertainment on their 2015 and 2017 lists.

The acclaimed singer-songwriter is currently in the midst of her world tour, “On the Run II,” with husband and fellow musician/mogul Jay-Z. This tour marks the second time the pair has toured together since their 2014 original, “On the Run” tour, that was in support of both of their new albums at the time.

See Tickets For On The Run II Tour

In a not so definitive ode to Beyonce, we’re ranking her first six studio albums to date. Even if you aren’t completely on board with our rankings, it’s hard to deny what an incredible career she has had in such a small amount of time.

B’Day is the second studio album by Beyonce and was released to coincide with her 25th birthday in 2006. With musical stylings ranging from funk influences and balladry, to hip-hop and R&B, and even some live instrumentation, this album was a commercial success, and released six singles, including one of her most successful of all time, “

4 celebrates the first album released after Beyonce had severed professional ties with her father and manager. This was also her 4th studio album (hence the name) and was considered a more intimate, personal album emphasizing independence, female empowerment and self-reflection. This album had five international singles, including the female empowerment anthem “

In its initial release, this album was formatted as a double album with the first disc entitled I Am containing slow and midtempo pop and R&B ballads and the second, Sasha Fierce, focusing on more uptempo beats that blended electropop and dance genres. Garnering seven Grammy nominations, this breakthrough album won a record-setting six wins, which is the most awards won in one night by a female.

KEY TRACKS: If I Were a Boy, Single Ladies (Put a Ring on It), Diva,

Why Don't You Love Me

Beyonce - I AM... SASHA FIERCE

Developed as a “visual album,” the release of Beyonce was accompanied by non-linear short films that illustrate her musical concept conceived during production. To create even more drama, this album was randomly dropped digitally to the iTunes Store without prior announcement or promotion, and still debuted at #1. The surprise album drop was the “breaking the internet” moment of 2013 when it was released and becoming the fastest-selling album in the history of the iTunes Store up to that point.

Beyonce was a very eclectic album, with a mixture of experimental material combining contemporary R&B with electronic and soul music, along with themes of female empowerment and sensuality. It marked a more mature and personal offering both in terms of sound and lyrics, and critics praised the new, introspective Beyonce.

Dangerously in Love was Beyonce’s debut solo studio album while on hiatus from her girl group, Destiny’s Child. With this album debut, Beyonce proved that she was a solo star (not that anyone doubted that). She also served as executive producer on the album, taking on a wider role in its production, and co-writing a majority of the songs.

Though maybe not her most acclaimed album to date, this debut put her on the map as a force to be reckoned with and was a worldwide commercial success, earning Beyonce five Grammy Awards and producing two US Billboard Hot 100 hits with her songs, “Crazy in Love” and “Baby Boy.”

Me, Myself And I

Beyonce’s latest and probably most prolific album to date is Lemonade. This was her second “visual album” (her first being her self-titled Beyonce), as well as a concept album which was accompanied upon its release by a 65-minute film which aired exclusively on HBO.

This album encompasses a wide variety of musical genres such as pop, reggae, blues, rock, hip-hop, soul, country, electronic and features guest vocalists from Kendrick Lamar, to The Weeknd and Jack White.

Its release was as unique as the album itself – it was made available for online streaming through her co-owned streaming service, Tidal then was released for paid purchase the following day and later launched for purchase by track or album online and then at physical retailers a few days later.

Rolling Stone listed Lemonade as its number one on their annual year-end list. In 2017, Beyonce released a limited edition Lemonade Box Set that included a double vinyl LP and a book entitled, “

Buy Now On Amazon
,” which featured a set of pictures and behind-the-scenes content showcasing the making of the album. 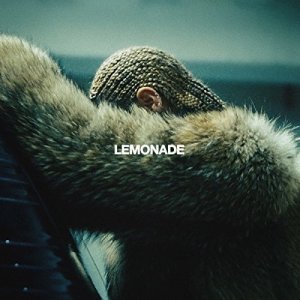