The coming-of-age film that took the world by storm, Call Me By Your Name, swept through awards season in 2018 with countless honors and nominations for the film itself, its production team, director and stars — including leading lad Timothée Chalamet, who played the precocious 17-year-old Elio. 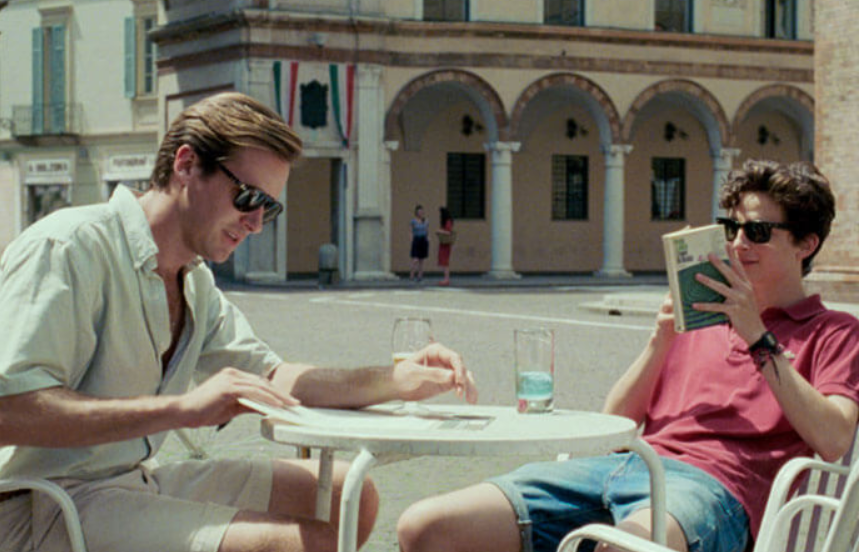 Image courtesy of Sony Classics
Buy: Call Me By Your Name $12.99
buy it

In the few years since the film’s release, it has garnered somewhat of a cult following, and the Call Me By Your Name outfits have taken center stage. Thus making Elio — and Chalamet by extension — an unlikely style icon for today’s generation of young men (and eye candy for many).

The movie is set during the summer of 1983 in northern Italy and undeniably nails the early 80s summer fashion sense right on the head. Elio’s simple yet stylish wardrobe consists of him wearing everything from:

It may be set in the 80s, but the look is also exactly what you need to stay cool in the heat and on-trend this summer. Fashion trends are always cyclical, and many of Elio and Oliver’s looks are just as on-trend in 2020 as they were in 1983. 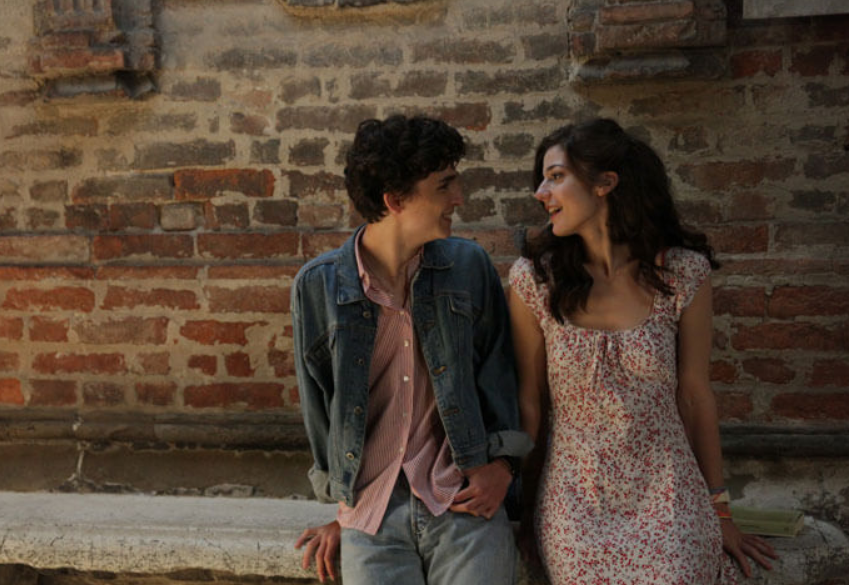 A little bit of nostalgia never hurt anyone, and it’s time to bring it back.

Whether you’re looking for fashion inspiration, hot pictures of, or men’s Halloween costume ideas, we can help you shop Call Me By Your Name outfits in real life. For more photos and inspiration, head to Sony Classics.

Here are the many ways you can snag the wardrobe and the “Elio look” from Call Me By Your Name.

The spotlight has been brought back onto the American rock band The Talking Heads since CMBYN hit the scene. This staple shirt that Elio continuously wears in the film is the ideal combo of comfort and style that is essential for summer days in the sun and even nights out. The graphic tee keeps things casual and will look great paired with jeans or shorts. 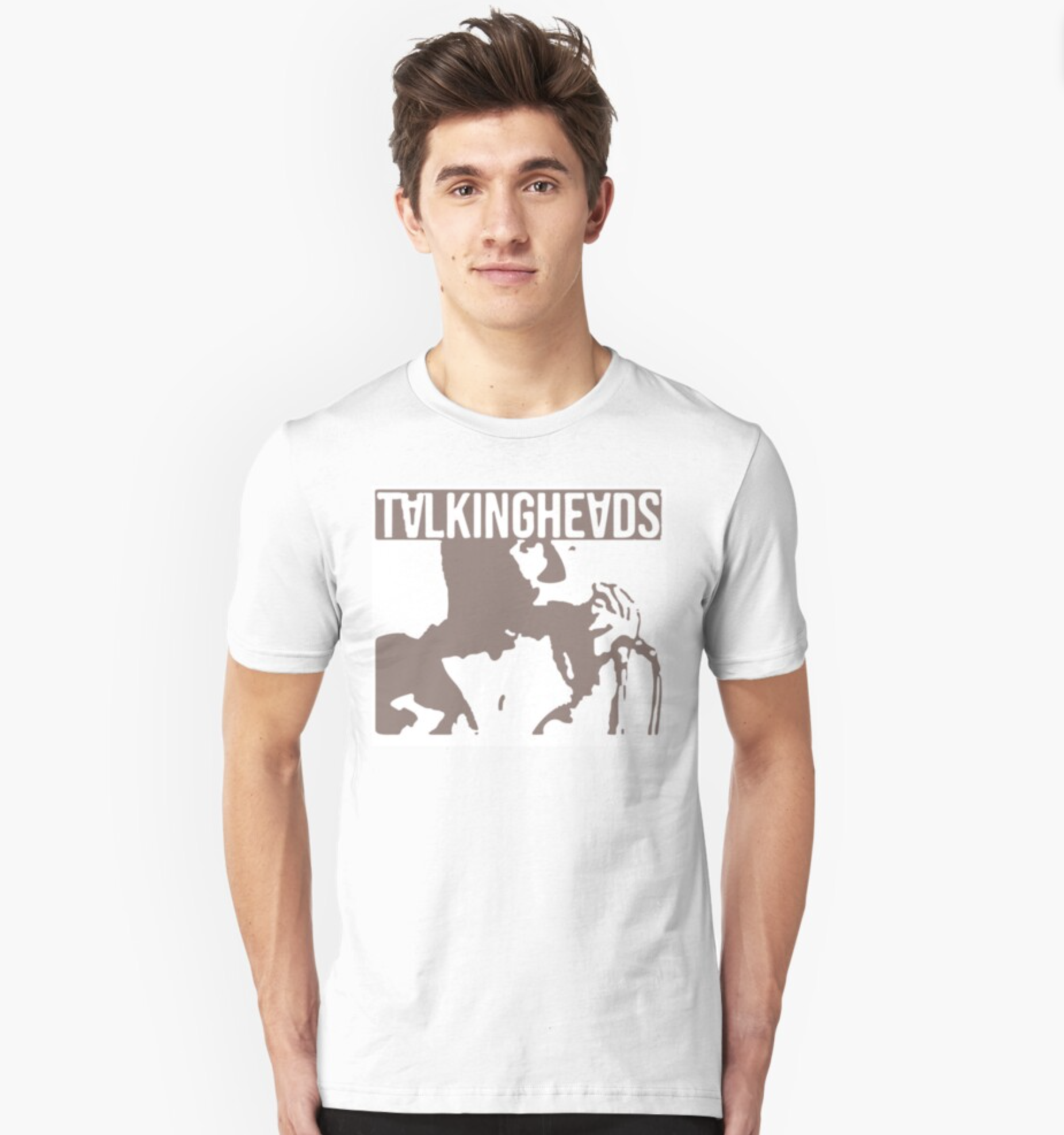 We all know it as the shirt Elio takes as his parting gift from Oliver (a staple in his wardrobe), but this retro single-pocket chambray button-down will become your new best friend on those hot summer days. It’s breathable, lightweight and still presentable enough to wear to a nice dinner or get together, without the stick and stiffness your other shirts may bring. 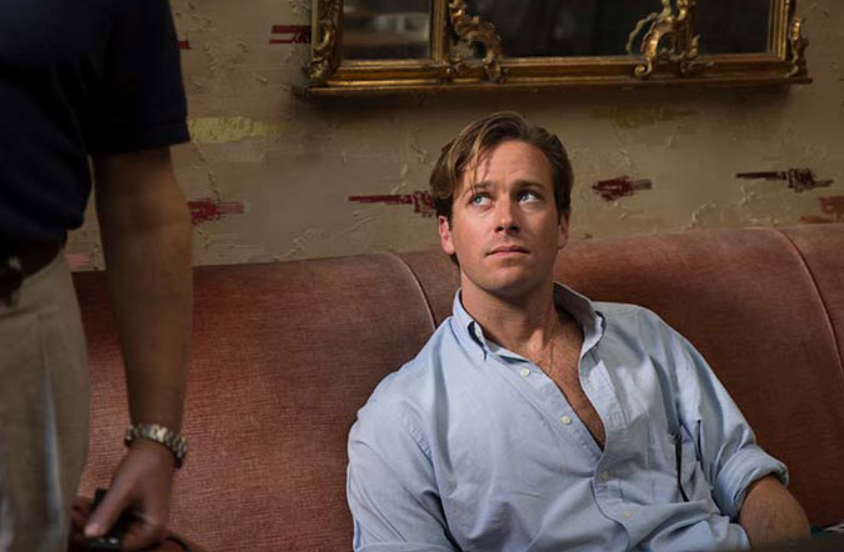 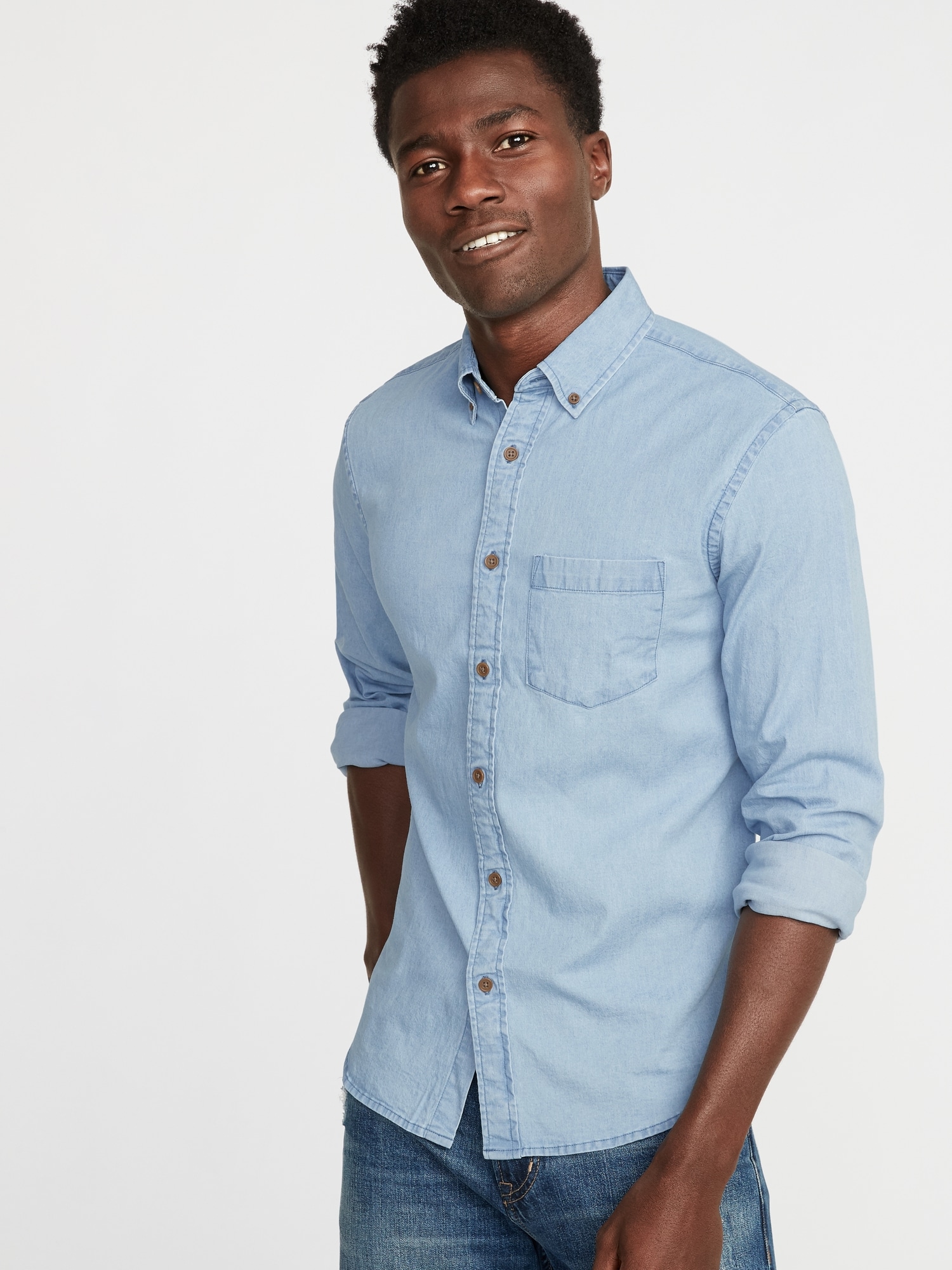 Fido Dido is a popular cartoon character from the 80s that went by the slogan “Fido is for Fido, Fido is against no one,” and was drawn up on a restaurant napkin by creators Joanna Ferrone and Sue Rose. Although the exact shirt Elio wears has Fido lounging around with the phrase “nice weekend” on it, it is nearly impossible to find — but do not fret. There are plenty more similar Fido Dido graphic tees out there, like this one available on Redbubble. 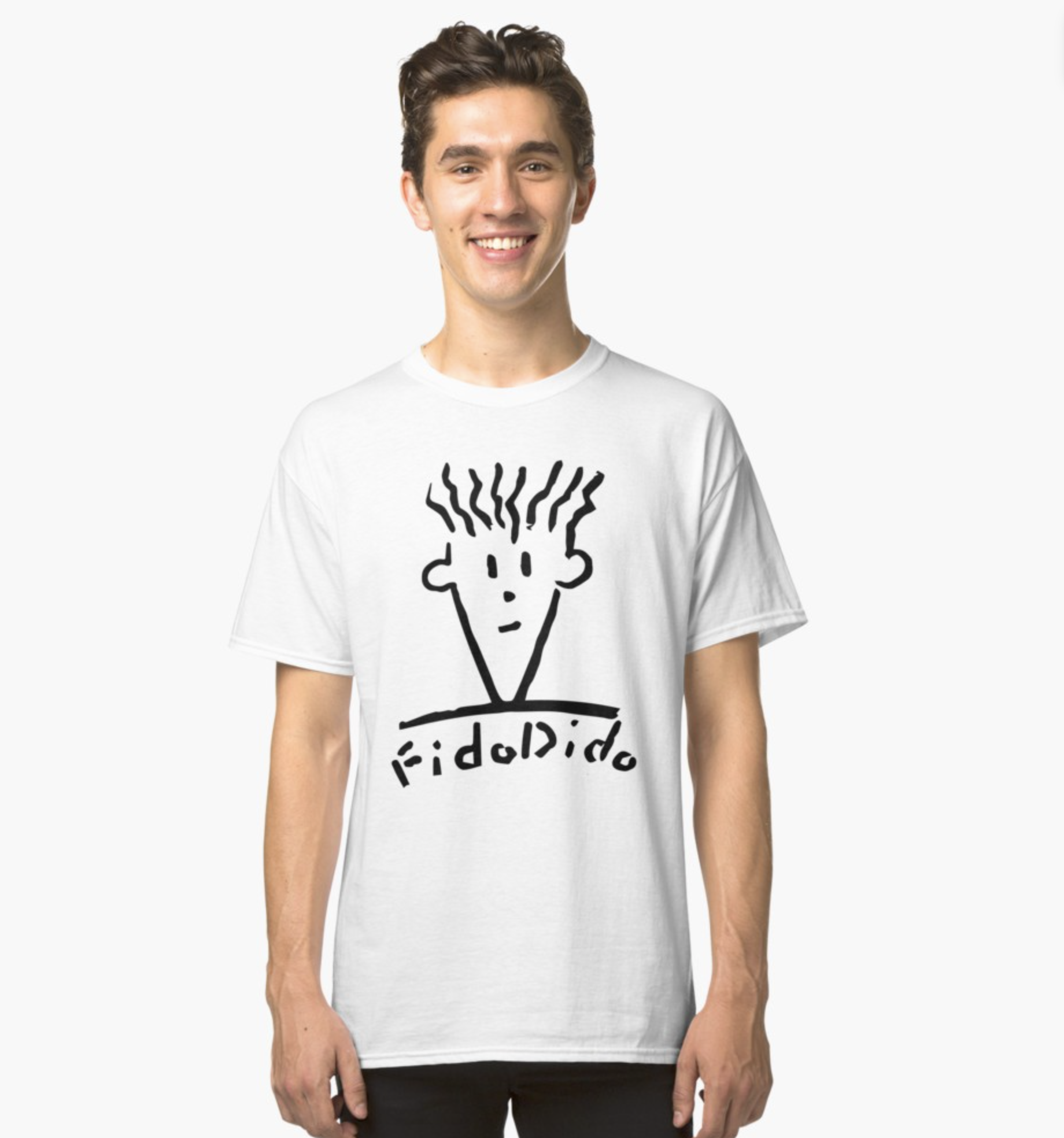 The floral shirt Elio almost refused to wear for his parents’ very close friends who got it for him in, you guessed it, Miami, is truly an iconic part of the film. Although this isn’t an exact replica, it’s a great alternative and isn’t too “dad-on-vacation” or showy. It is lightweight, breathable and is definitely a shirt you didn’t know your summer wardrobe needed. Now’s the time to try something new. 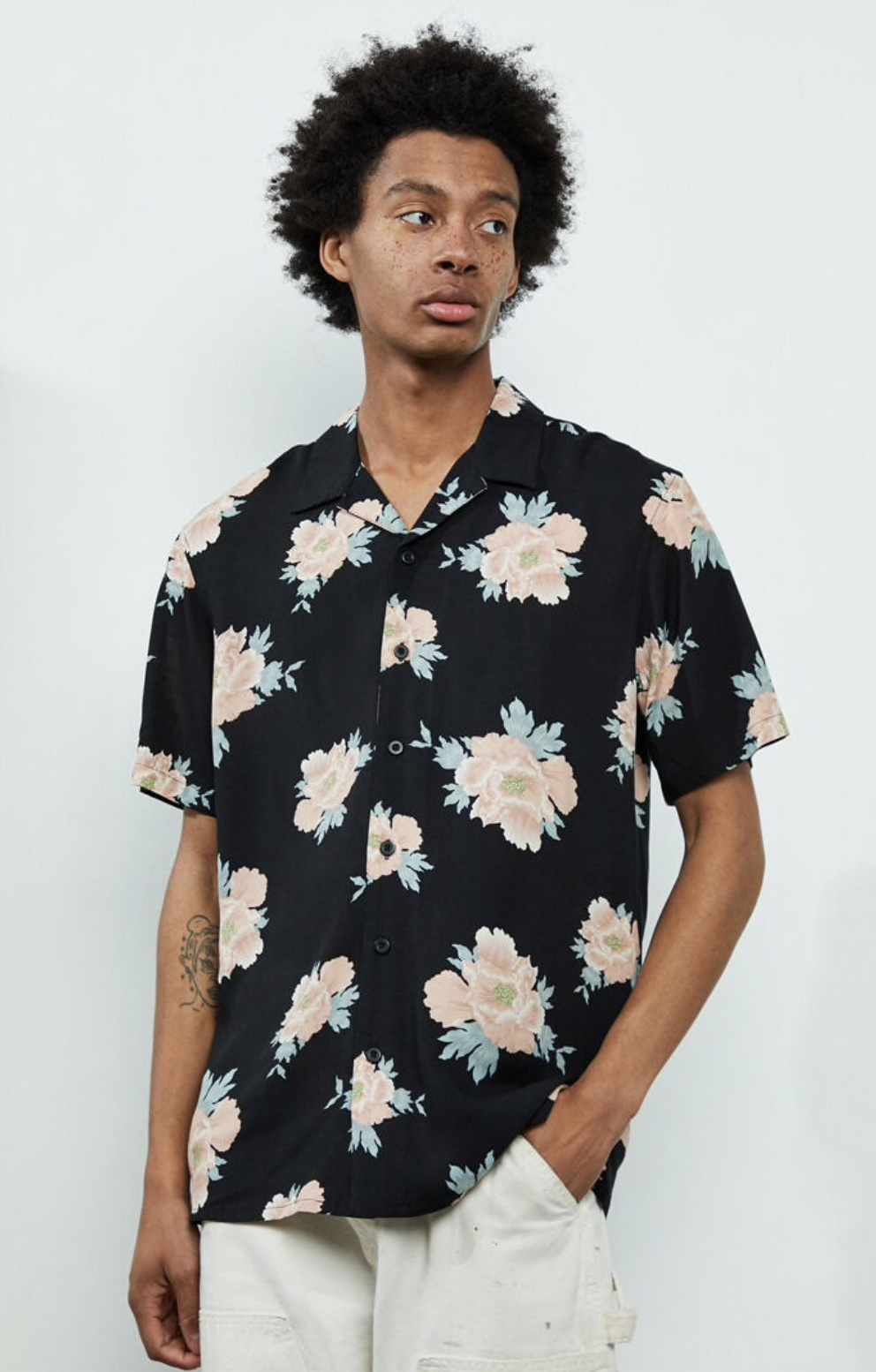 For those really, really hot days when you want to be wearing nothing but have to, you may just need to wear a sleeveless shirt. This navy and white striped option, similar to the one Elio wears, is easy to wear and goes with jeans, khaki shorts or even over a swimsuit for when you head to the pool, beach or, who knows, a crystal clear lake in northern Italy. 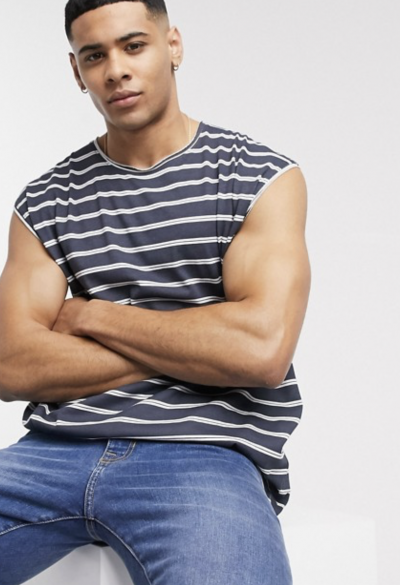 This pink seersucker button-down from Gap is a great shirt for when you want to add a little color into your outfit. It’s not too loud or a shade of pink that is super in-your-face. It’s subtle and pairs well with nearly all types and colors of pants or shorts. The short sleeves keep it comfortable and casual, yet still nice enough for a dinner out this summer. 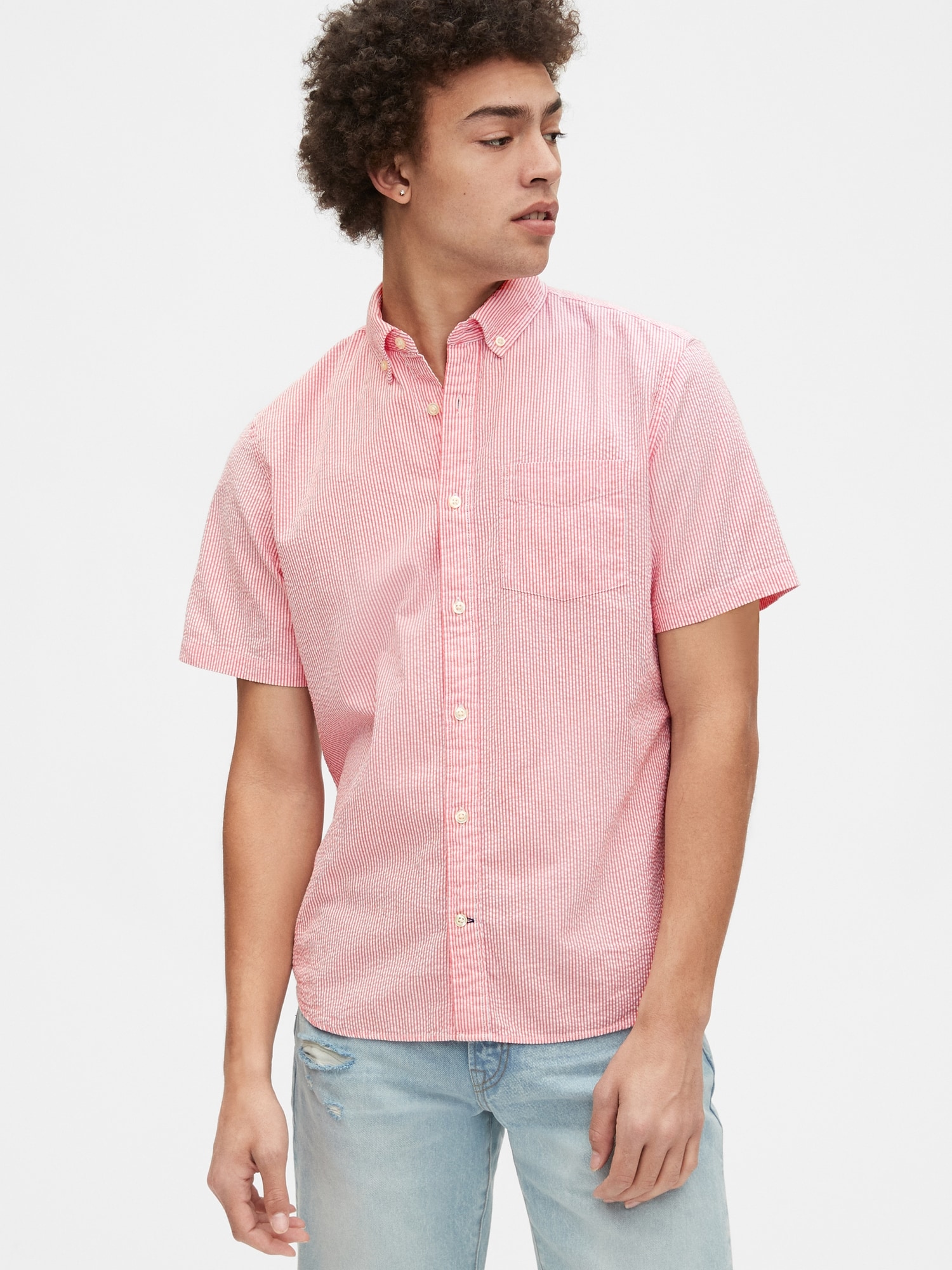 Elio wears that pink striped button-down under a medium wash jean jacket and some lighter wash jeans and totally pulls it off. Denim, in general, is timeless and will match with nearly everything. Take a chance on your fashion sense and try something new like the denim shorts or a jean jacket from Levi’s, and you may find out just how badly you’ve been missing out on these versatile pieces. 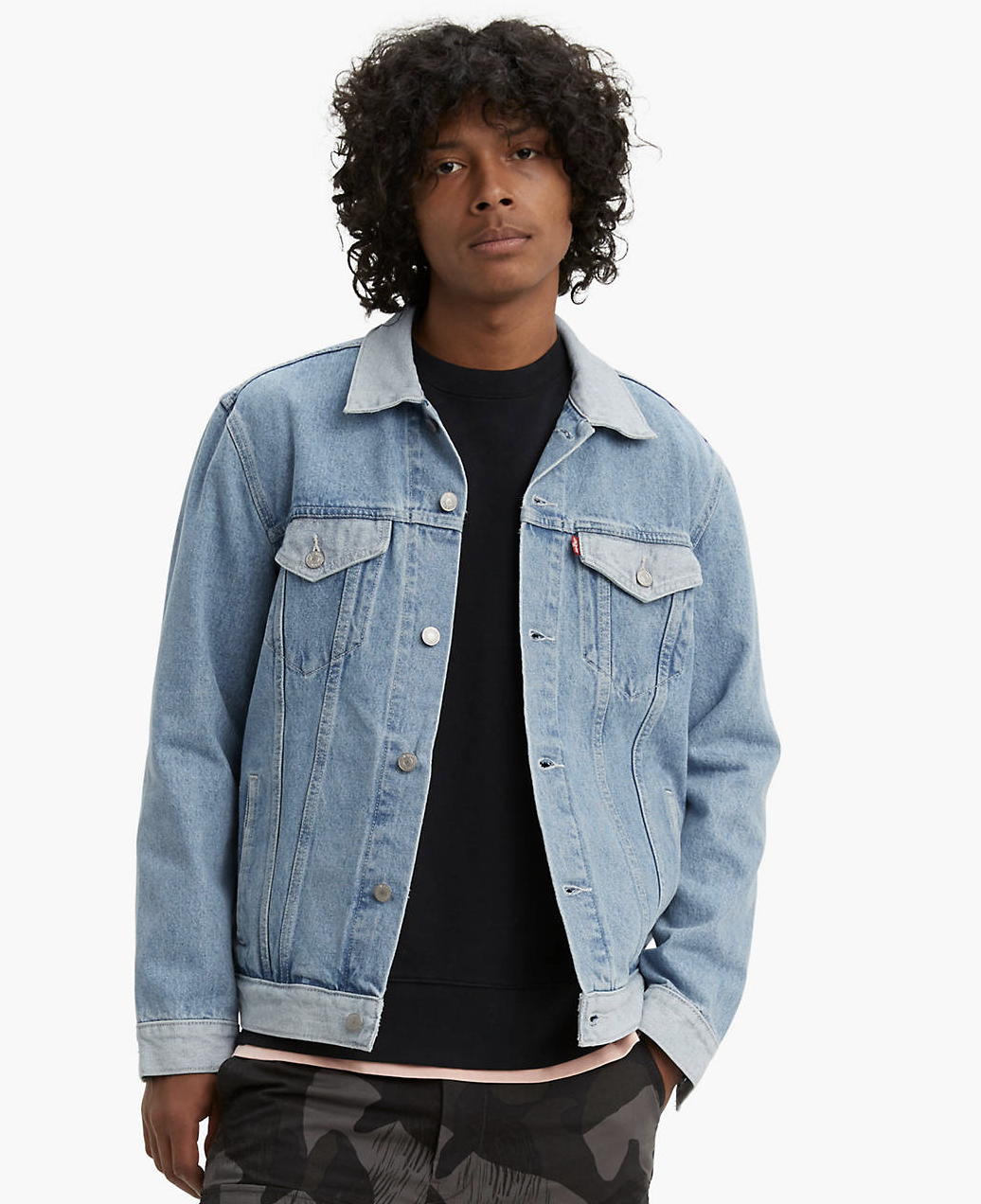 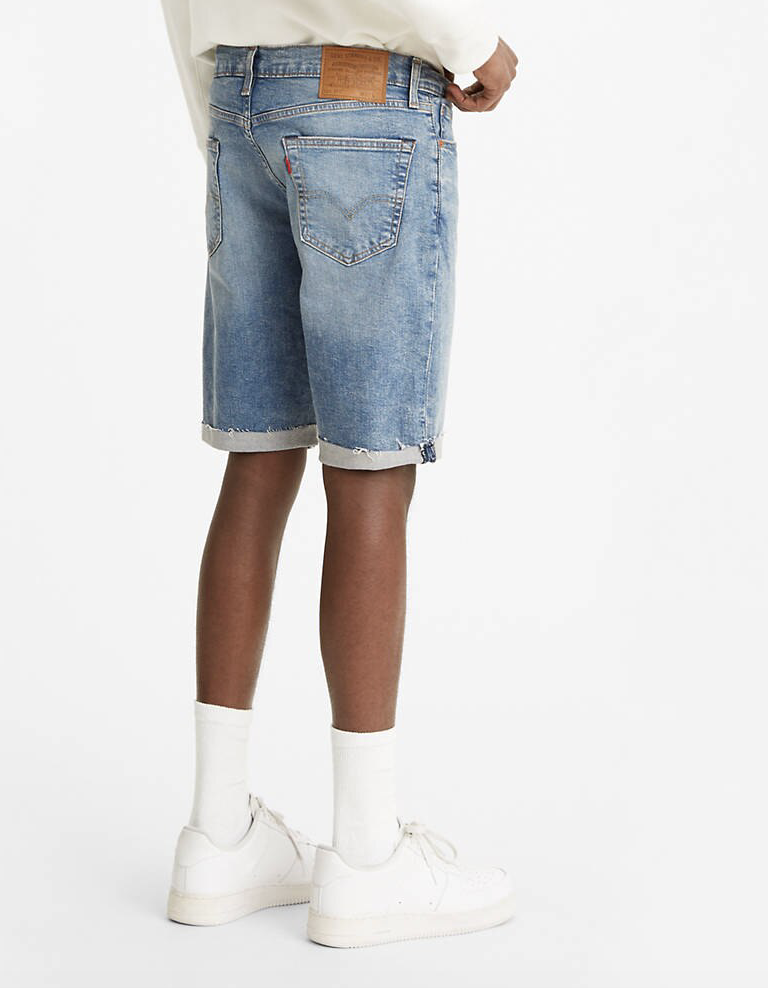 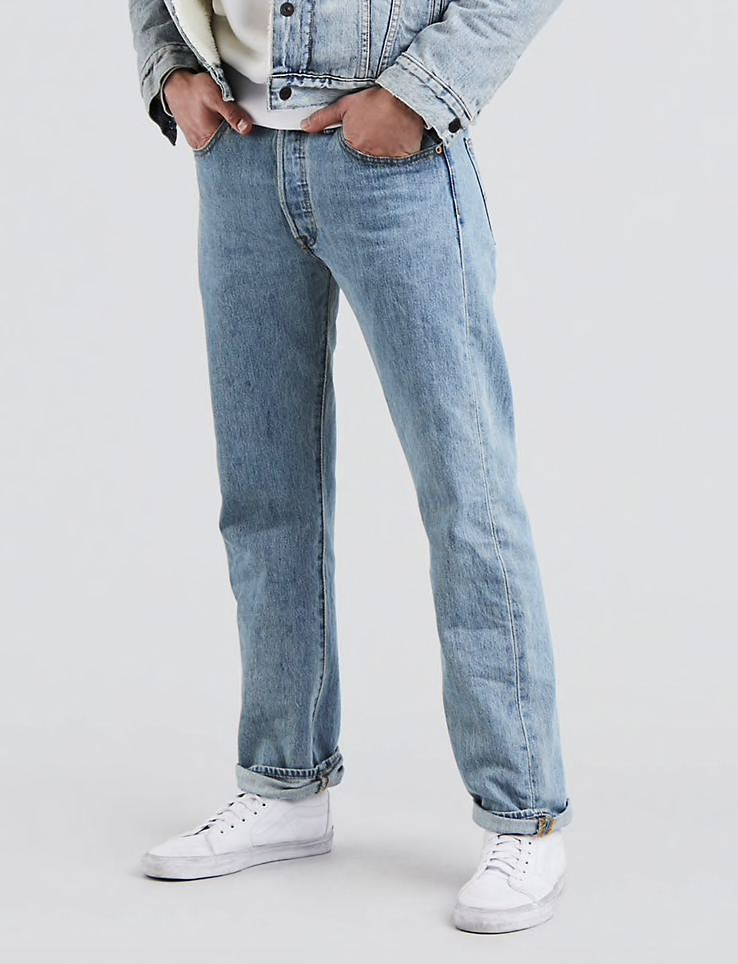 Lacoste polos were by far the staple of Elio’s wardrobe throughout the movie as he wore them in a wide range of colors. These polos do not have to be worn in a tight, buttoned-to-the-top style, either. They can be worn much more loosely for a relaxed fit and feel that is bound to catch the summer breeze. 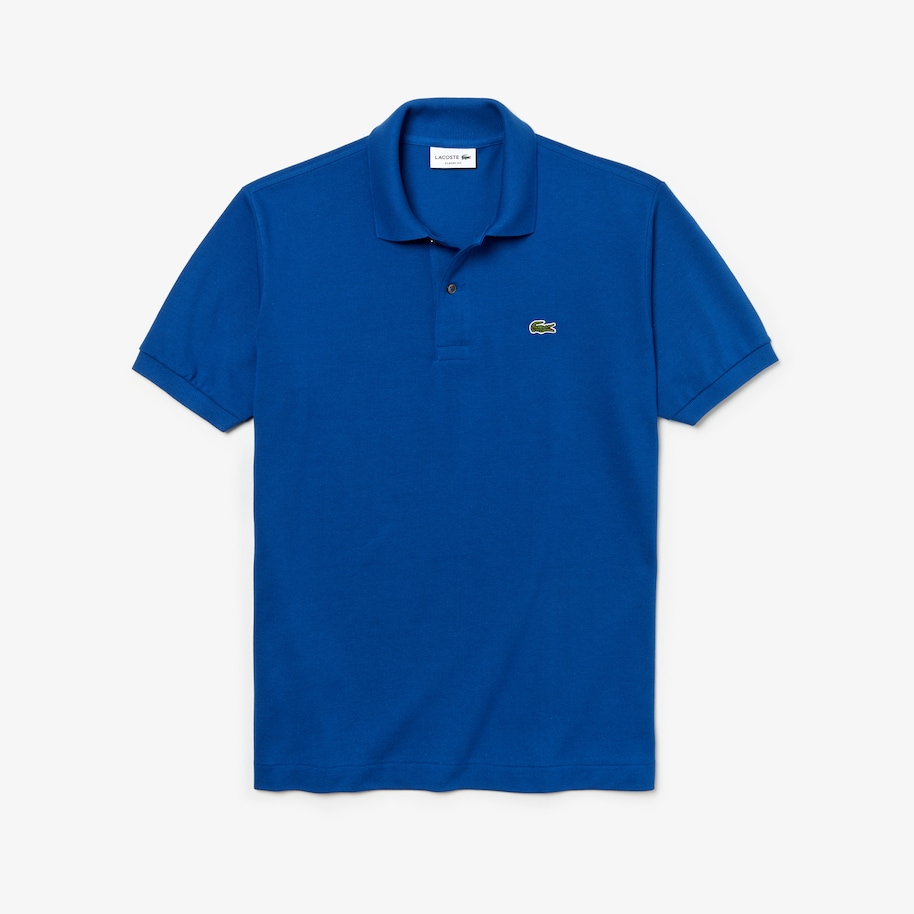 Although the shirt that Elio wears at the very end of the film was straight from a boutique in Italy, this shirt is the closest you can get to replicating it. An ASOS exclusive, this shirt is for an “eye-catching kinda day” and is destined to do exactly that. Its detailed design is unique, and it’s made of a lightweight woven fabric called Viscose for breathability. 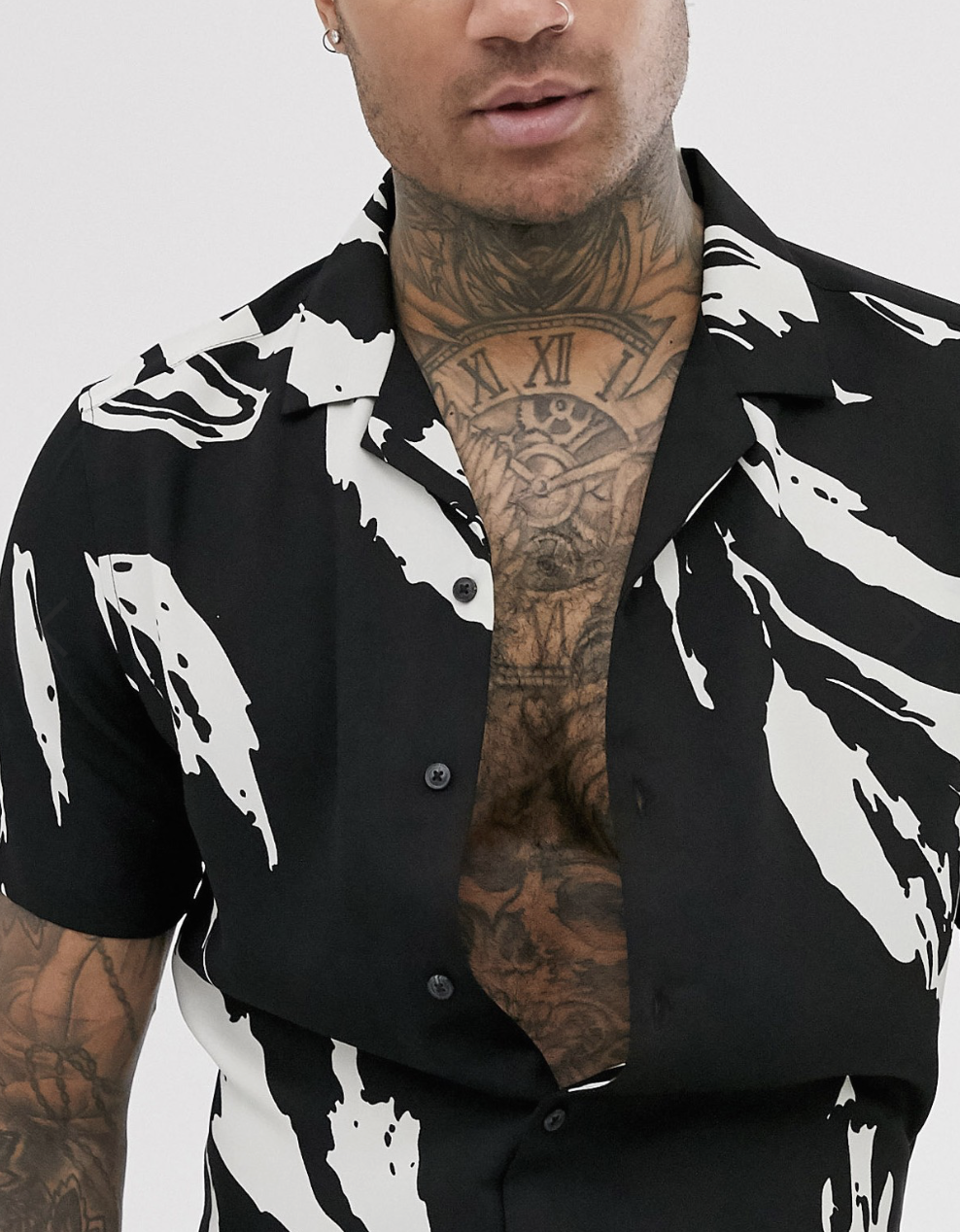 If you want to wear the same shades Elio is seen wearing in Call Me By Your Name, then you’ll want to pick up a pair of Ray-Ban’s Original Wayfarer sunglasses. These glasses are proof that some looks are truly timeless, as these glasses look just as hip in 2020 as they did in 1983. These sunglasses now come in a variety of colors and styles, but the classic black Original Wayfarer look will never go out of style. 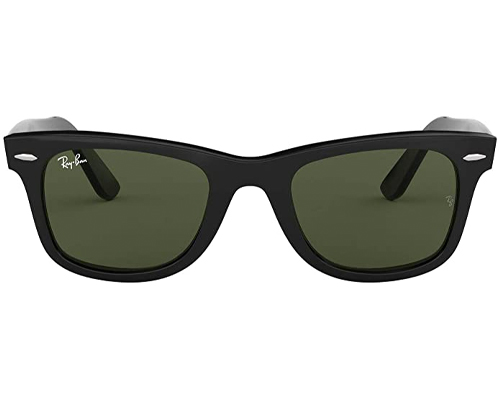 The Graphic Tee Is Back! The History Behind the 12 Best Graphic T-Shirts for Men