* Following a paleo diet isn’t as hard as you think
* Paleo diets are high in fat, animal protein, and low in carbs
* Go back to what our ancestors ate for optimum health and weight management

Going Paleo isn’t as hard – or as depriving – as you think. Paleo food blogger Melissa Joulwan (the author of the bestselling “Well Fed” cookbook series) tells us about 7 unexpected things you can still eat on a Paleo diet.

1. NACHOS
Replace corn chips with plantain chips cooked in palm oil, then top them with ground beef, salsa, and your favorite veggies.

2. FRIES
A fan of French fries? Cut white or sweet potatoes into strips, toss them with olive oil and salt, then bake in a pan at 425F for 20 minutes or until crisp. 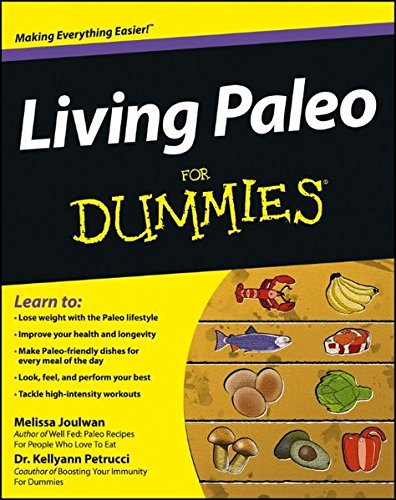 3. CHICKEN NUGGETS
Satisfy your chicken nugget craving and still keep it relatively healthy. Joulwan recommends rolling chunks of boneless chicken breast in crushed pork rinds, then baking in a 425F oven for 20 minutes. Skip the sweet and sour sauce – the cavemen never had it – and make your own ketchup instead with a small can of tomato paste, some lemon juice, ground cloves, a pinch of salt and vinegar. Spices, herbs and oils are also paleo-approved if you want to swap the dipping sauce for some seasoning.

4. PANCAKES
There are a bunch of flour alternatives on a Paleo diet, but you can also make pancakes using Joulwan’s simple recipe: blend one banana with two large eggs, add a pinch of salt and cinnamon, and a little vanilla extract. Throw it on the pan, flip and enjoy. 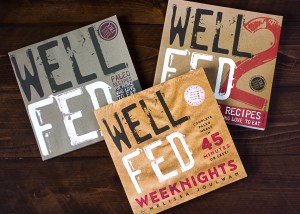 5. FRIED RICE
Want a Paleo-friendly option for fried rice? “Grate a head of cauliflower in the food processor,” Joulwan says. Toss with some extra-virgin olive oil and your favorite cooked meats and veggies. Stir-fry in a “screamingly-hot” pan for five minutes until caramelized, then sprinkle with toasted sesame oil.

6. GRANOLA
Toss your favorite nuts—pecans, almonds, cashews, and walnuts are good choices—with dried cranberries and a few pinches of cinnamon, salt, and cayenne. Add a drizzle of olive oil. Roast at 325F for 10 minutes. Make a bowl

7. BUTTER
This may surprise you, but butter—in the form of ghee—is a healthy, delicious part of eating paleo. Ghee is butter that’s been clarified to remove the dairy proteins, so it’s pure, luscious (good) fat. When it’s made with butter from grass-fed cows, it’s an excellent source of quality fat that’s perfect for cooking at higher temperatures. And it tastes damn good.

Snack Attack: 10 Healthiest Foods to Grab On the Go