* The Rolling Stones are one of the most iconic rock bands of all time
* Despite a 5-decade long career, the band retains its cultural relevance
* Here are the band’s best 10 albums ranked

Few bands or recording artists have achieved both the iconic status and legendary endurance of the Rolling Stones. The Stones’ prolific, 5-decade + career has had its ups and downs, but their best records have always captured the particular energy of their time. Here, from the vantage point of 2018, are the the Rolling Stones’ top 10 albums, ranked in order from worst to best.

Rock critics, garage-band guitarists and grizzled Sunset Strip promoters could argue for decades about what set the true hardcore Stones fans apart, but knowing and loving this album is definitely one thing. Some say it’s a direct parody of Sgt Pepper, but nonetheless there are genuine moments of Rolling Stones genius in here: witness “2000 Light Years from Home,” and its prescient, spooky, yet surprisingly bleak answer to the Summer of Love. 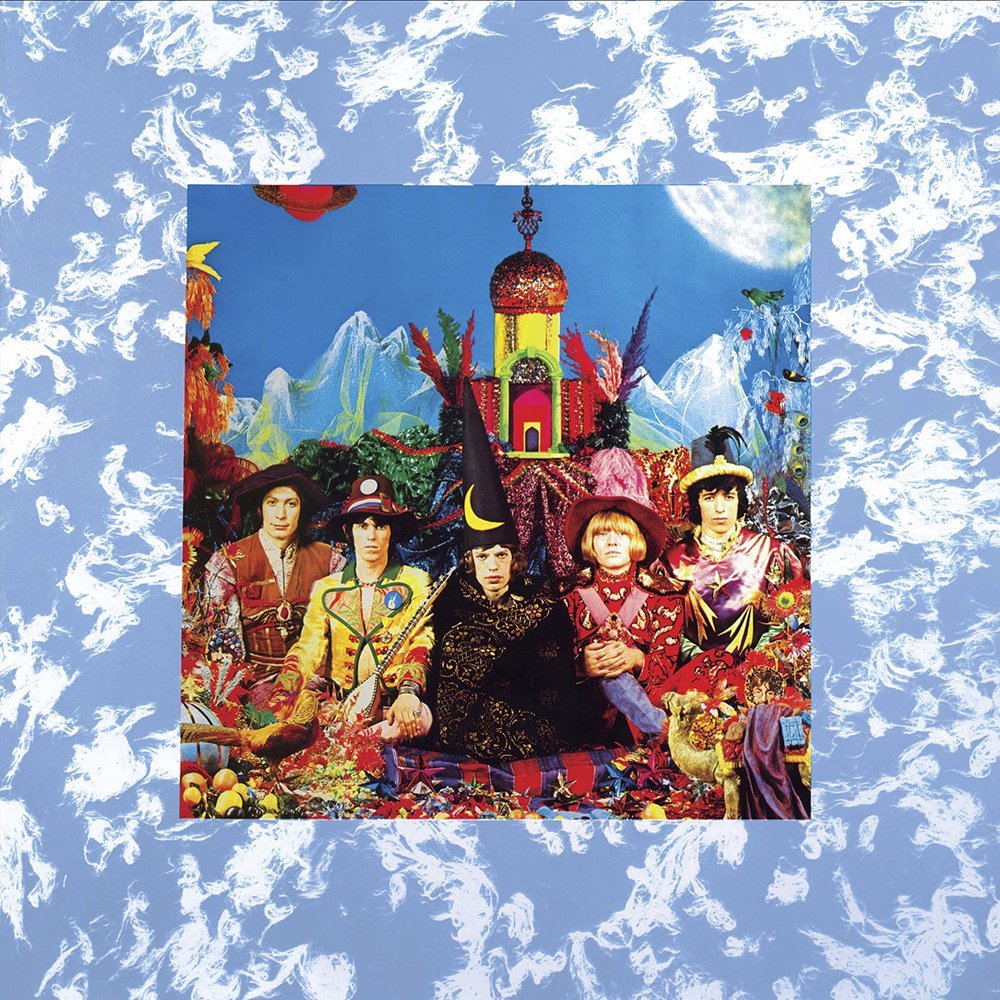 If Their Satanic Majesties, was considered too weird, critics seemed to think this 1974 chart-topper was not weird enough. Nonetheless, its title track has probably been played on the radio somewhere every week if not every day in the last 43 years, which is kind of mind-boggling. You have to admit it’s pretty catchy. 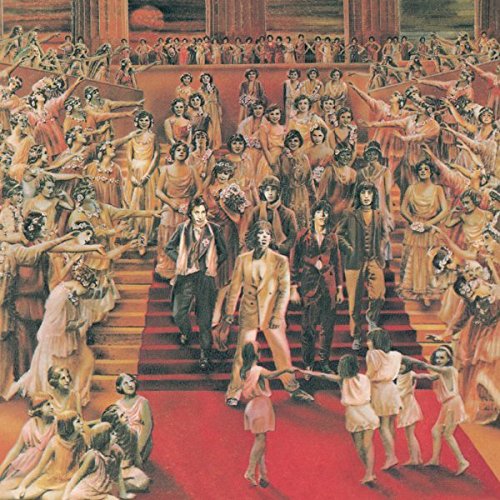 Hailed in its own time for the genus of Brian Jones’ instrumentation and for its uncanny mixture of dissonant folky melodies with R&B structures, Aftermath stands today as a kind of “A Tale of Two Cities” moment for the Stones: the best of times and the worst of times. “Paint it Black,” of course, is a classic and one of the all-time best loved rock songs. Aftermath also features some of the Stones most problematic songwriting. “Stupid Girl” and “Under my Thumb” in particular feel like they’ve aged about as well as a 1966-vintage cigarette ad. 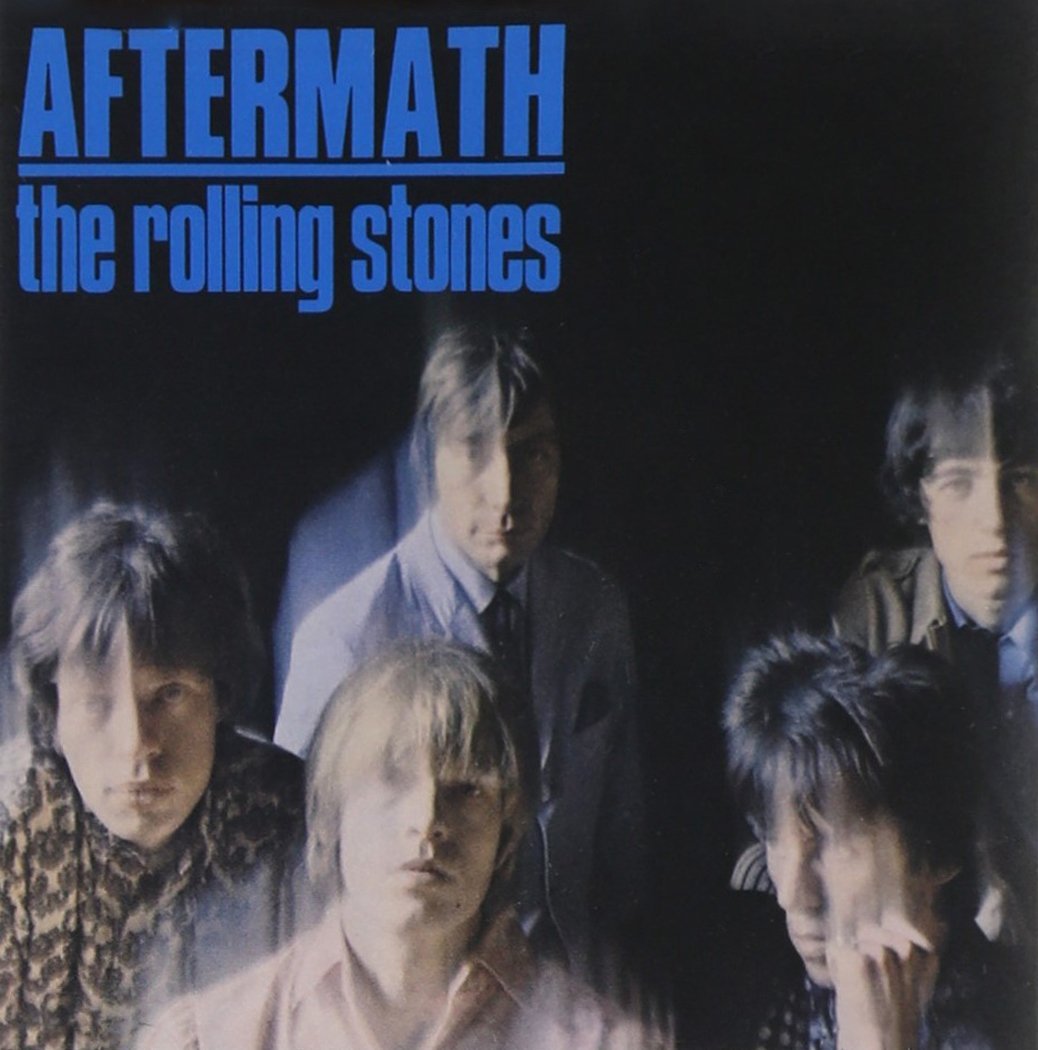 1978’s Some Girls is justifiably iconic, even as it marks one of the peaks (troughs?) of the Stones’ sleaziness. Actually, the album is often remembered as fitting in with its time. “Shattered” is almost as evocative of a particular urban restlessness as a Spike Lee film can be. 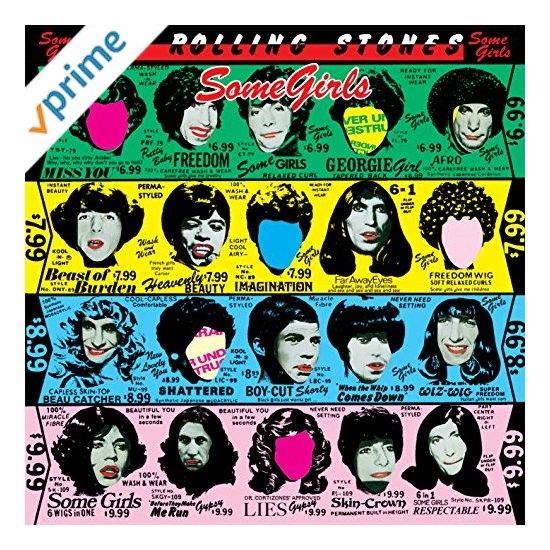 Stones fans and rock critics were generally very relieved when Beggars Banquet came out in 1968. It was a much needed return to form for the Rolling Stones, and it contains some of their best loved songs, like the ubiquitous “Sympathy for the Devil.” 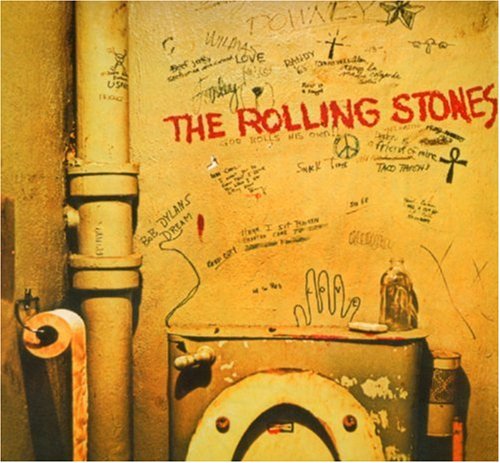 Properly speaking, Tattoo You is a collection of outtakes and vault material along with two new songs. Nonetheless, it topped Billboard charts in 1981 and cemented the Stones’ reputation for legendary staying power. “Start Me Up” is a masterpiece. At the end of the ‘70s, The Rolling Stones had outlasted their times in a way that few of the greats of the 1960s could. 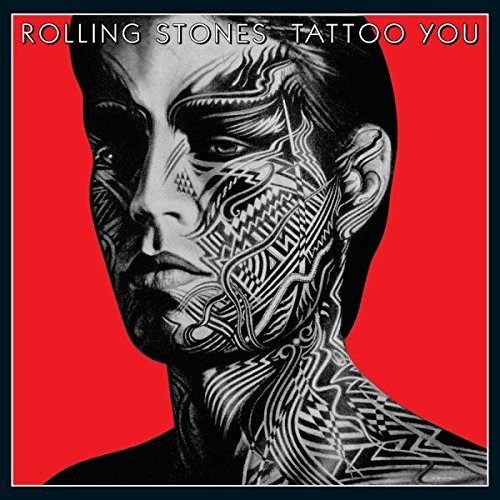 The Stones’ 13th studio album was recorded mainly in Kingston, Jamaica and its reputation has generally held up throughout the decades, anchored by the evergreen success of the album’s single “Angie.” Music critic Lester Bangs, in one of the albums’s comparatively few bittersweet reviews, asserted that Goat’s Head Soup marked the end of the Stones’ Golden Age. 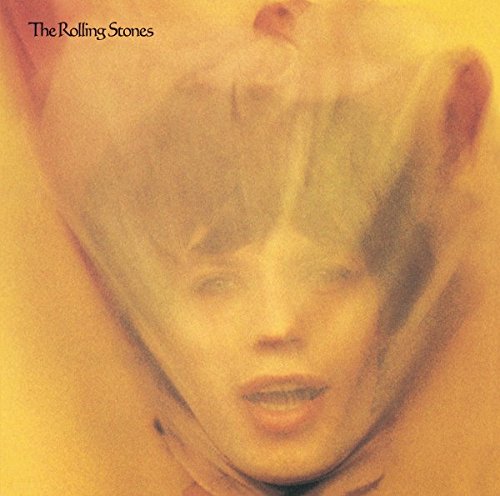 The Rolling Stones’ first double album, Exile on Main Street is a critical favorite and its reputation has actually grown since its 1972 release. Frequently listed among the most defining rock and roll albums of all time, it’s a shoe in for a top 3 spot on the list of best Rolling Stones albums. Exile on Main Street marked an expansion in the range of the Stones’ repertoire as the band’s style diversified, in part reflecting the looming disparity in frontmen Mick Jagger and Keith Richards’ lifestyles. 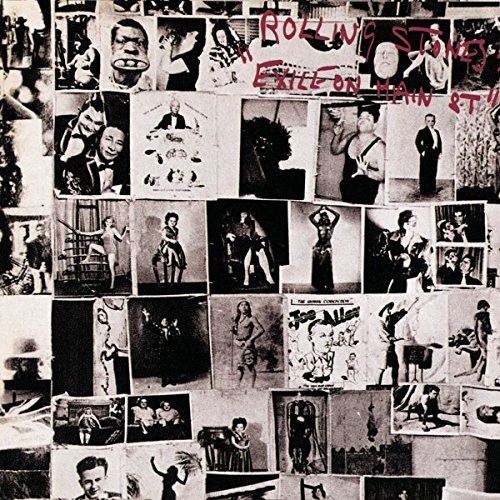 For some Stones’ purists, Let it Bleed was the band’s high water mark. It was the final form of the band’s defining 1960s style, the last album that Brian Jones worked on (he died while it was in recording) and it features some of the Rolling Stones most plangent, haunting, and bluesy songs. 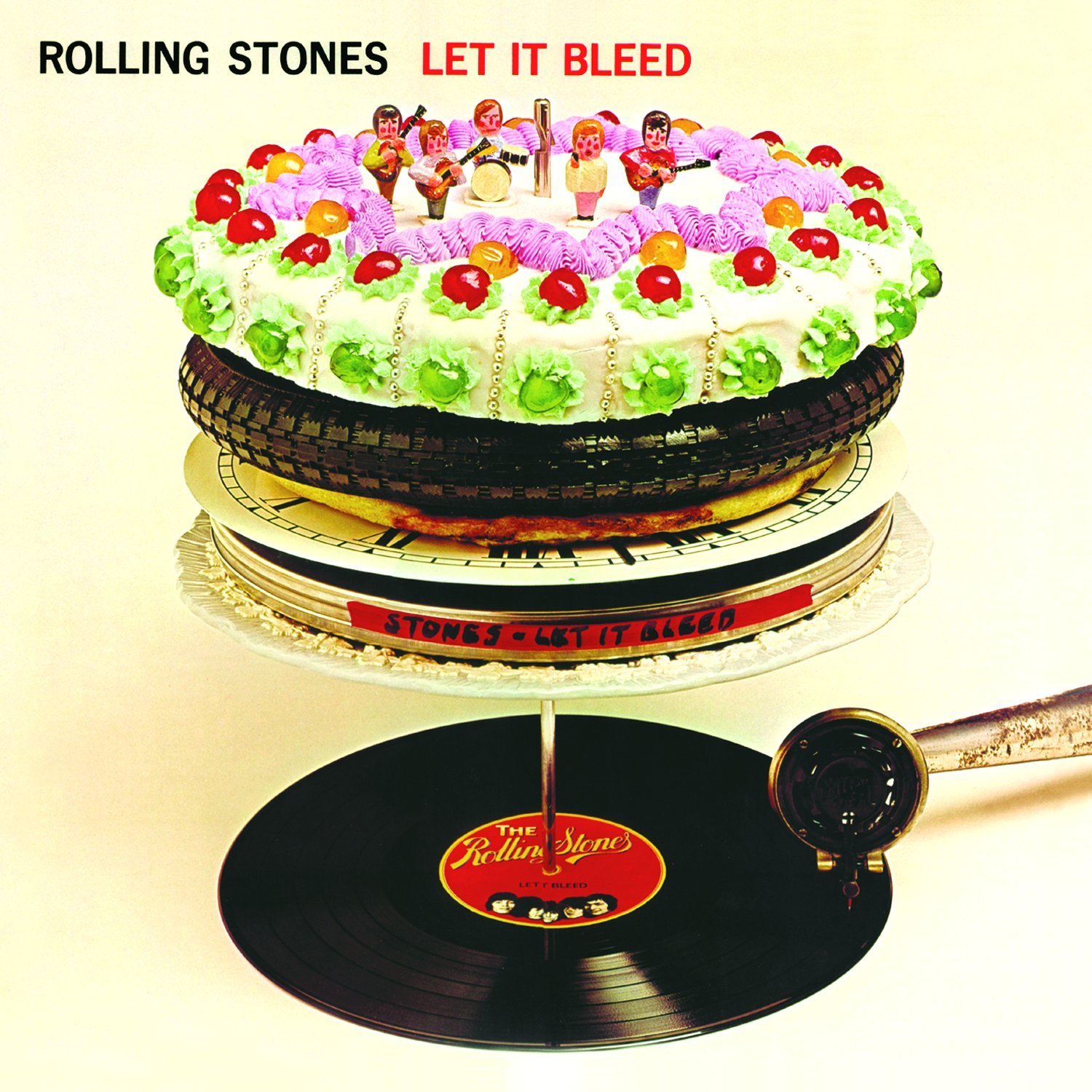 Sticky Fingers, undoubtedly one of the most iconic albums of all time, is also one of those works of art that becomes a cultural and historical milestone. From Andy Warhol’s iconic “zipper” album cover design to the simultaneously ribald and elegiac songs like “Sister Morphine,” “Brown Sugar,” and “Wild Horses,” Sticky Fingers, more than any other Stones album, captures not only the spirit of the “Greatest Rock and Roll Band of All Time,” but the spirit of their age as well. This is the album that put the Rock and Roll in “Sex, Drugs and Rock & Roll.” 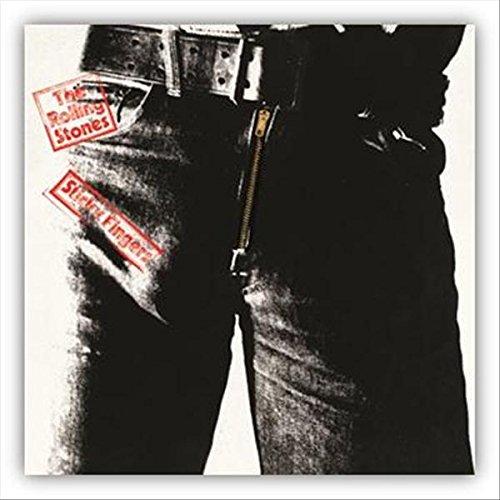